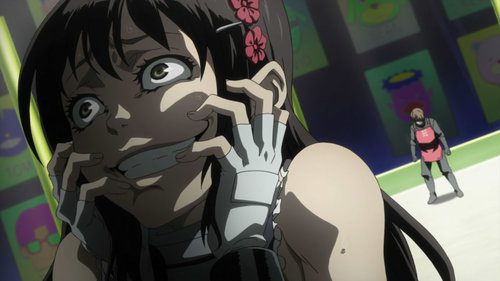 There is an old saying in the world of passion that love hurts. This statement is all too well-tailored to the world of yandere girls. While yandere will show you undying love and devotion, they tend to be a little frightening—or incredibly frightening—when their love is threatened or crossed. But because of this creepy enthusiasm, we can’t get enough of the yandere ladies over here.

That’s why we decided to show our love—and fear—of walking around the Top Yander Girls in the anime list. This lethal list of girls in anime has to be made known first to anyone who wants to criticize us immediately. While there are a lot of yandere girls out there we’ve chosen to show some love for most of the anime girls.

On the other hand, in a second, they can change the key and become murderous and violent. We want to love these characters, so they’re the ones to watch out for.

Yuno Gasai is very clearly, the queen of yandere (actually in more than one way). It consistently reveals any single part of this stereotyping dere. In fact, by now, Yuno has become so popular that she is more or less the embodiment and idea of yandereYuno is the role model for all the animated women, from her unforgettable voice to her sweet, psychic look (from Mirai Nikki onwards). While Yandere already existed before Mirai Nikki in the anime world, Yuno certainly marked a milestone in Yandere’s development. No other girl from Yandere can portray the intense, obsessed love as did Yuno. 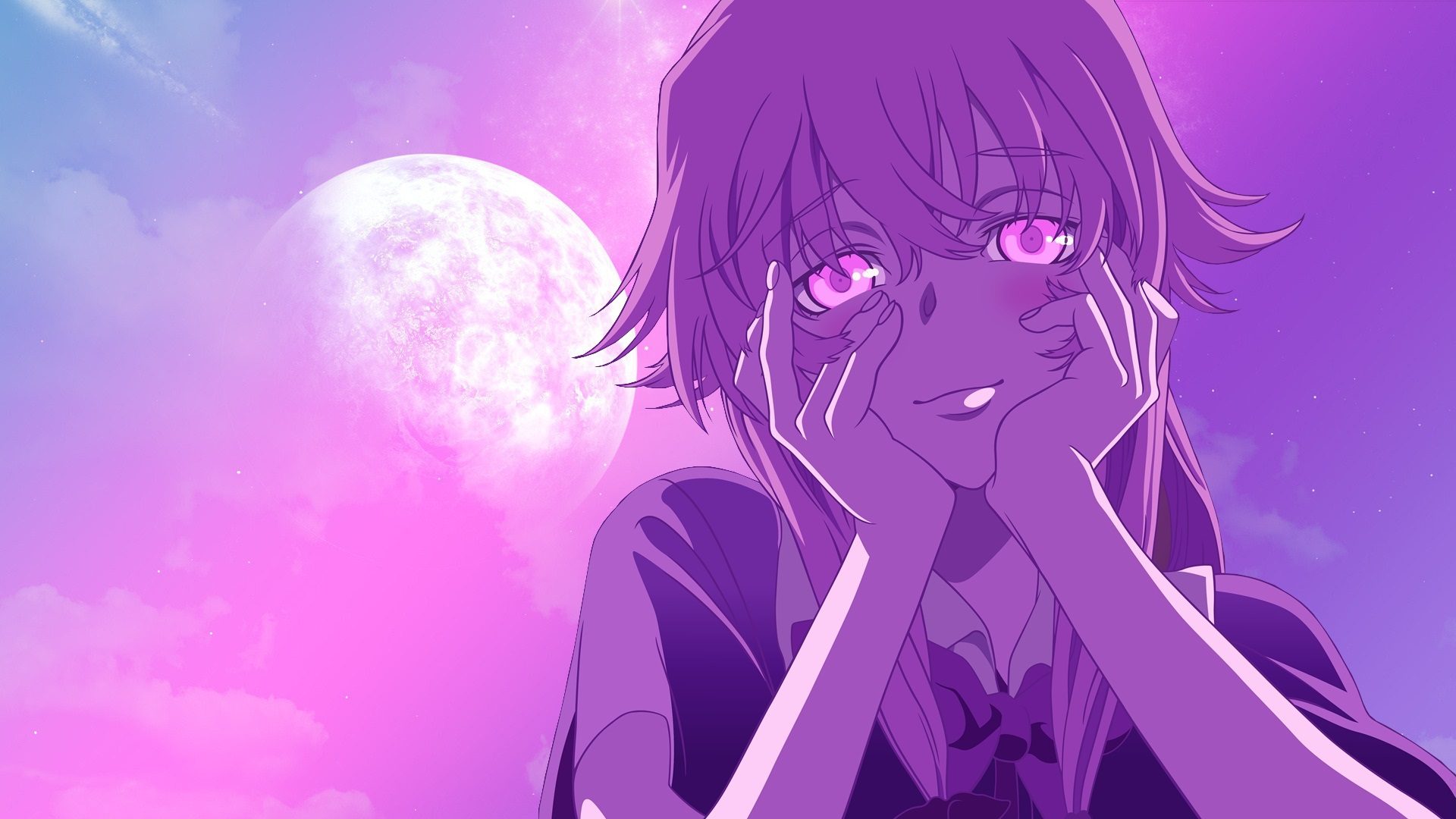 She undoubtedly set the yandere bar pretty high for future crazy lovers to come, which of course doesn’t mean we’re done with yandere at all. We don’t expect another Yun to come along; we love all the Yander girls, and we hope they’ll keep coming.

This plot portrays the Diary Game, a deadly war between the 12 individuals who have been given “Future Diaries” by the God of Time and Space Deus Ex Machina, who can foresee the future and turn the last survivor into his heir.

Future Diary is available to stream on Netflix 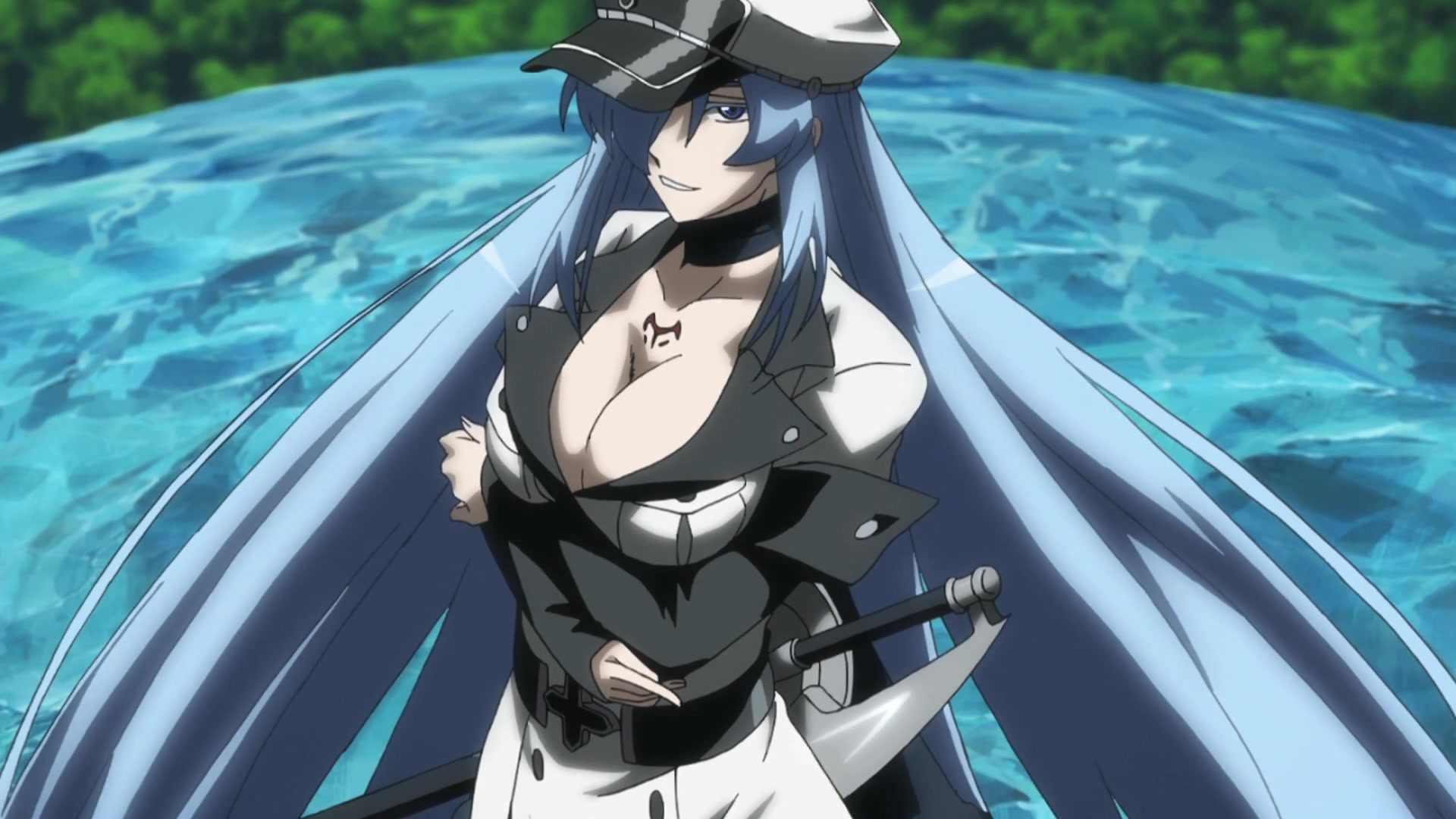 Esdeath is a stunning blue hairy character, and better yet – an adult than the common anime school girl that you seem to see. Esdeath is a high-ranking general of the Kingdom, the commander of the Jaegers. She likes to torment her enemies painfully when she saw that she used her Teigu to put large blocks of ice in the pot so that the people inside could die more slowly and suffer more. Despite her sadistic actions, she is honestly seen to have a loving heart when it comes to the lives of her men and those that are dear to her. She was taught to believe that the weak had died and the good had survived.

This harsh lesson is being learned against her will, and it’s becoming her mantra in the main story of Akame Ga Kill. Esdeath is the kind of Yandere who is incredibly powerful and smart. Strong enough to overwhelm any of the men she’s dropping to. And her twisted bloodlust makes her more violent, particularly when she’s capable of using beauty as a weapon.

The story concentrates on Tatsumi, a young village citizen who traveled to the capital to raise money just to find a venue. The Night Raid Party engages the young man to assist them in their war against the greedy Empire.

Akame ga Kill! is available to stream on Netflix

3. Himiko Toga From My Hero Academia 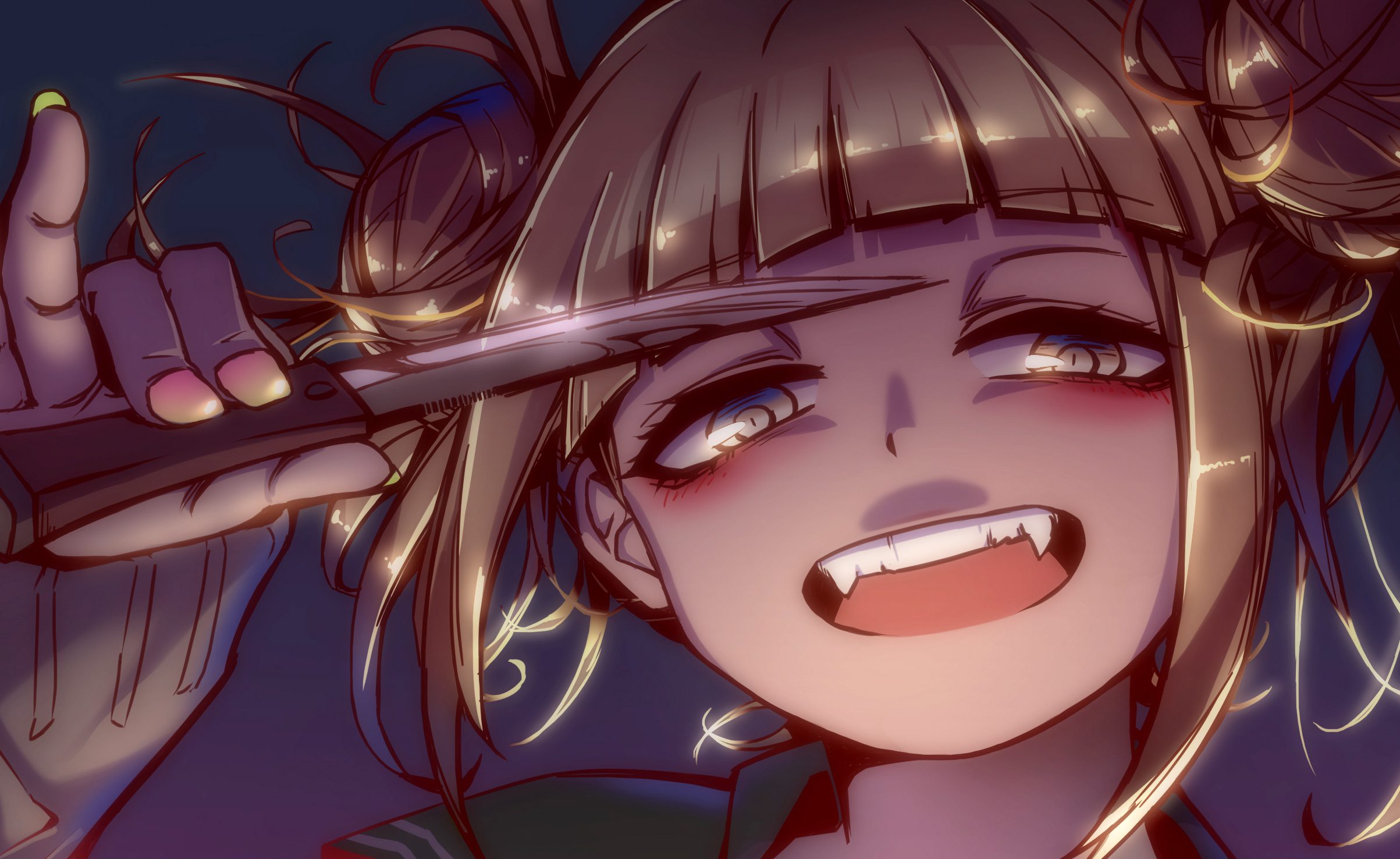 Toga is one of the newest Yandere on the Anime block. And she made it clear from the moment she showed up at My Hero Academy. Most of the moments that Toga’s “Yandere” appears from the wardrobe are when she dresses up as Camie. This is during the little tournament where, on her own, she finds Deku. Toga has a smile from Yandere down to the T as well. From the moment she saw her face at My Hero Academy, it was obvious. One of the Arc Forest Boot Camp’s chief villains was Himiko.

During the Provisional Hero License Exam Arc and the Shia Hassaikai Arc, she is also used as an enemy. She was subsequently one of the nine Lieutenants of the Paranormal Liberation Force, an organization created by the League and Meta Liberation Force residues.

The plot follows Izuku Midoriya, who was born in a world that had no superpowers but still dreams of being a superhero himself. Quirks are known as the Quirks. He is scouted by All Might, Japan’s biggest hero who after realizing his ability, shares his quirk with Midoriya and helps him to enlist him in the high school of prestigious heroes.

This action-packed anime is available on Netflix. 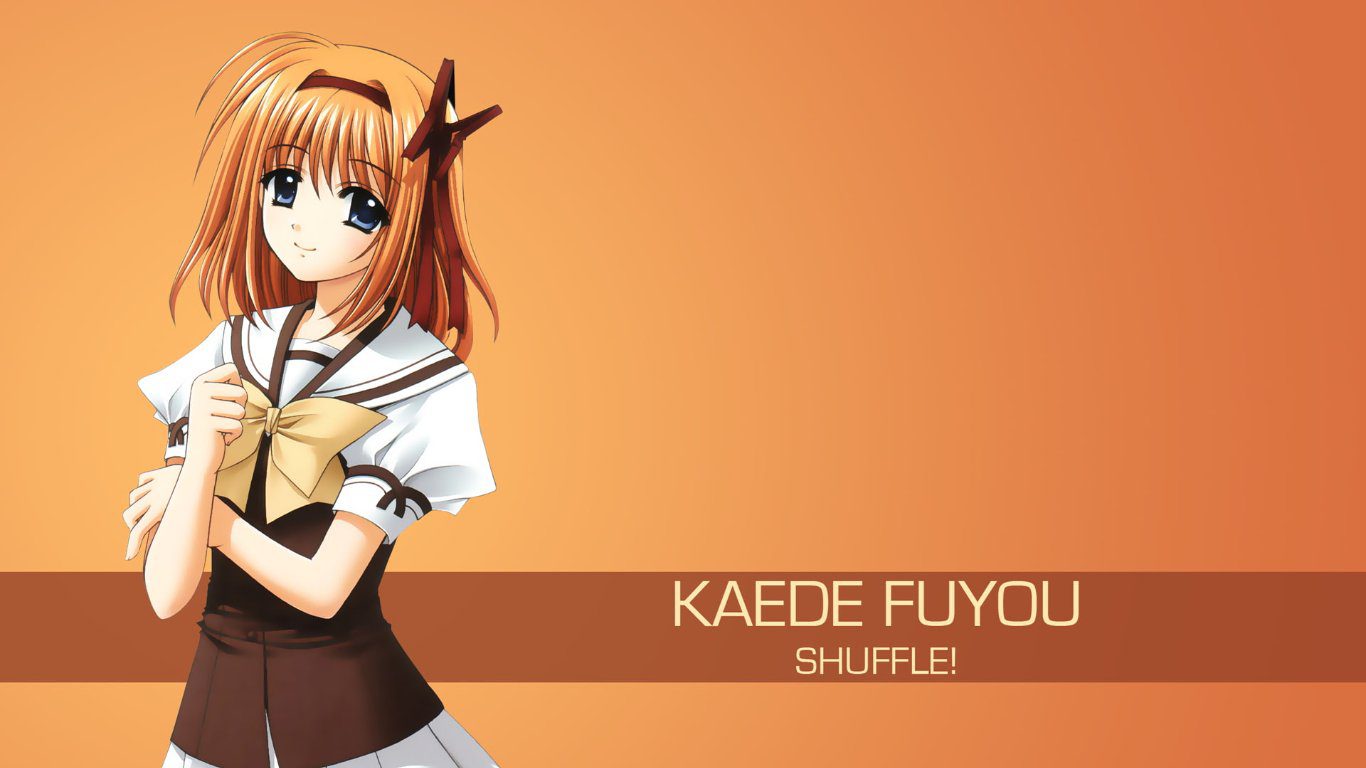 Kaede is an adorable girl. After her parents died in a car accident, she grew up with Rin. She looks after Rin, does her homework, and makes all the meals for her. She’s respectful and humble, and she’s very soft-spoken, more often than not. She has shown signs of psychosis and violence in the story after being shocked by the sudden news. After her parents had died she blamed Rin for the death of her mother, and she manipulated her and helped her save her from depression. Via taking care of Rin, she atones for this and now she has a romantic love for him that she does not see.

She can be cruel and almost insane, but this secret is kept by her soft-spoken passiveness and honesty. Rin Tsuchimi is her childhood friend. Kaede wants to hang out with Rin, but when Rin decides to spend time with Asa Shigure, she’s pushed aside. Asa and Kaede are friends, but when Asa and Rin go on a date, Kaede’s limits were pushed.

In the present day, the Gods and the Devil coexist with the Humans after the portal has opened between both of these realms. Tsuchimi Rin is a regular young high school student at the Verbena Academy who spends his days living happily with his childhood friend Kaede. Unexpectedly, one day the Lord of the Gods, the King of the Devils, and their families are going to be Rin’s neighbors next door. Apparently, the daughter of the gods, Sia, and the daughter of the demons, Nerine, are also intensely in love with Rin, having met him in the past. Along with his playful relationship with the upper-class Asa and his experience with the quiet yet adorable Primula, Rin has a lot to do with the affections of both of these ladies.

Sadly this amazing anime is not available to stream in India! 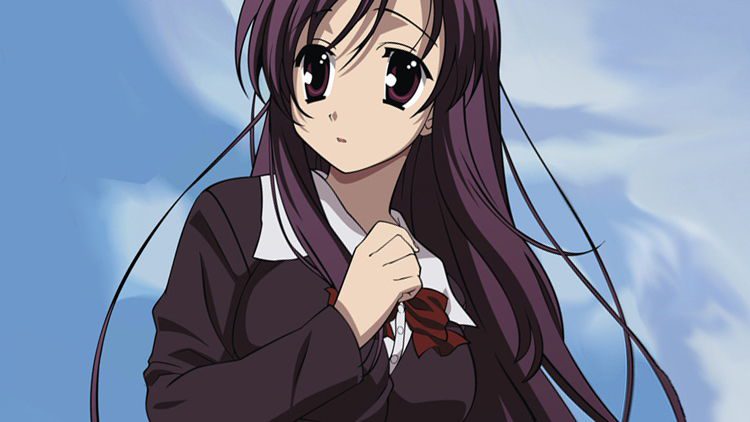 It’s going to be pretty hard to predict who’s the craziest yandere in school days. On the one hand, you have Sekai Saionji, who can be frighteningly obsessive, deceptive, and highly unpredictable. On the other hand, there is Kotonoha Katsura who, despite being shy and uncertain about the guys, uses sex to manipulate Makoto and make Sekai jealous. Kotonoha can be just as much yandere as Sekai, and at some points even more so, particularly when we consider that what Kotonoha did with Makoto was in the end, even more, twisted and frightening than what Sekai had done.

Makoto Itou, a high school undergraduate, first encounters Kotonoha Katsura at the beginning of his second term, a freshmen year. Immediately, she gets intertwined with her beauty, but her bashfulness does not encourage her to approach her, even though they ride the same train every day.

Instead, he snaps a hidden snapshot of her and sets it as his mobile phone wallpaper: a charm that if held under wraps, is meant to make you remember your love. However, classmate Sekai Saionji sees a photo, but instead of ratting him out, she agrees to help set him up with Kotonoha—going so far as to make friends with her just for him. As a result, the trio starts a very unprompted relationship.

This amazing anime is available to stream on Crunchyroll.

In this article:Yandere Anime Girls