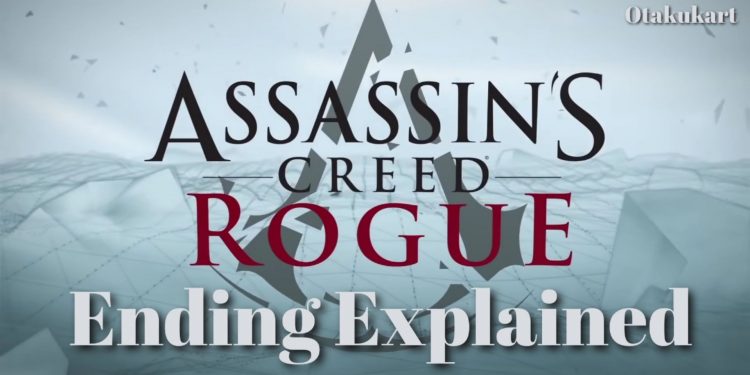 Assassins Creed Rogue was released for the PlayStation 4, Xbox One, and Nintendo Switch. Like the other games in the franchise, Assassins Creed Rogue is also set in a fictional history with influence from real-world events and tells the millennia-old tension between the Assassins and the Templars. The story of Rogue is set during the 21st century, tells the story of an employee of Abstergo Industries, a company backed by the modern-day Templars.

At the same time, the game’s main plot is set back in the French and Indian War period from 1752 to 1760s. The protagonist of the historical part is Shay Patrick Cormac, an Irish American Assassin-turned-Templar. After joining the Templars, he hunts down former members of his Brotherhood. In reality, he falls into disillusion with Templer’s tactics. The gameplay in Rogue takes inspiration from ship-based naval exploration and mixes it with third-person land-based exploration.

New features added to the game include new ship-based weapons and the ability for enemies to board the Morrigan while in ship-to-ship combat. The new inclusion of the arctic environment adds features such as naval gameplay and exploration in this area. Not only that, certain icebergs can be rammed with another icebreaker.

But Rogue doesn’t include the underwater diving missions from Black Flag, as swimming in the frigid water of the North Atlantic can cause the player’s health to rapidly deplete. Shay can still swim in the more southerly waters of the ‘river valley’ area. As for combat, the game introduces an air rifle, something similar to the blowpipe from Black Flag.

With this weapon, players can take down enemies from a distance. The weapon can be outfitted with a variety of different projectiles, such as firecrackers. Other weapons include a grenade launcher, which can throw off shrapnel grenades and other loads. Along with that, there have also been changes to the Hand-to-hand combat, where enemy attacks can be countered with timing, something similar to the Batman: Arkham series of games.

The story is set in 1752, where Shay Patrick Cormac comes as a recruit to the Colonial Brotherhood of Assassins. While in his training in the North Atlantic chapter under the Assassin Mentor Achilles Davenport, he learned that the Haitian city of Port-au-Prince had been devastated by an earthquake while in the search for a Precursor temple that has the Piece of Eden by the Assassin Adéwalé.

With his experience in captaining ships, Shay sets to investigate the Precursor box and manuscript linked to the temple. Meanwhile, the Templars are also behind this manuscript. Shay delivers the box and manuscript to Benjamin Franklin, posing as a Templar courier. Shay decides to experiment on them and discovers a map showing the locations of more Precursor temples worldwide.

Shay is assigned to investigate one such temple in Lisbon and retrieve the Piece of Eden from the temple by Achilles. However, Shay questions the Assassins’ motives to engage in dialogue with the Templars. The incident where he was asked to kill the dying Templar commander, Lawrence Washington, made him question the branch of Brotherhood.

Shay still takes his assignment and goes to Lisbon to retrieve the Piece of Eden. But while he was in his quest, he triggered a massive earthquake, destroying the city. He soon realizes that Port-au-Prince was destroyed when the assassins tried to retrieve the piece of Eden. He was further shocked when he realized that Achilles had no plans to back off and wanted to continue the exploration, which would endanger more lives.

To prevent the Brotherhood from continuing the plan, Shay steals the manuscript and attempts to escape but gets cornered by the Brotherhood and is shot and left for dead. Later we see Shay find himself in New York City, where he is nursed by an elderly couple and helps get back his health. Shay sets to clean out gangs that were extorting the citizenry.

Shay’s actions soon attract the attention of Colonel George Monro. He convinces Shay that he can improve the lives of others. And as part of that, he meets Christopher Gist, where he retakes his ship, the Morrigan, from the Assassins and agrees to assist Christopher’s new allies, Templars. When he comes to know that the Assassins haven’t stopped their quest to find the Pieces of Eden, Shay sets off on a killing spree where he hunts the members of the Brotherhood one by one.

Shay soon becomes a Templar Order as he continues his hunt against the Assassins. He hunts down most of the colonial Brotherhood, including Le Chasseur, Kesegowaase, Adéwalé, Hope Jensen, and Louis-Joseph Gaultier de La Vérendrye. Now, only two members of the Colonial Brotherhood remain Achilles and his second-in-command, Liam O’Brien, who was once Shay’s best friend.

Shay and the Templar Grand Master, Haytham Kenway, pursue the remaining members of the colonial Brotherhood to the Arctic and eliminate most of the Assassin expedition. Shay and Haytham enter the temple to find Liam and Achilles, and both realize the artefact was supposed to stabilize the world and not a weapon to control.

When Achilles’ attempt to stop Liam from taking vengeance leads the artefact to be destroyed, causing another earthquake. While the four of them escape, Shay and Liam end up dueling, which leads to Liam getting fatally injured. He then persuades Haytham to spare Achilles so that the knowledge of the Temples will not be lost. While Haytham agrees to it, he still cripples Achilles.

Haytham tasks Shay to retrieve the Precursor box in the Assassins’ possession; for that, he spends the next sixteen years tracking it down. Meanwhile, Templar’s influence among the colonies drowns more and more, thanks to the influence of the Assassin Connor during the American Revolution. With the help of Benjamin Franklin, Shay infiltrates the Palace of Versailles and kills the Assassin Charles Dorian to obtain the box.

After the events in the historical period, the players are taken back to the present times, where we get to play as the unnamed Abstergo Entertainment employee who has been tasked to research Shay’s memories. While in the investigation, the player inadvertently trips a hidden memory file which infects the Animus servers. Abstergo has to go through a lockdown, and to clean the Animus servers, the players have to live in Shay’s memories.

Juhani Otso Berg, a senior member of the Templars, orders to upload Shay’s memories to the Assassin servers to weaken their resolve. In response to this, the Brotherhood cuts off communications. In a mid-credits scene, we could see Berg thanking the player for their help and giving them a choice: to join the Templars or die. The game comes to an end without letting to make any decision.

So what has happened in the ending of Assassin’s Creed, Rogue? The modern-day Master Templar Knight, Juhani Otso Berg, wants to send the video footage of Shay Patrick Cormac to their enemies, the modern-day Assassins. This is to showcase how just one Templar member was able to bring down the Brotherhood. Some players may find it lame as Shay was a former Assassin and had only turned against his Brotherhood as he found that he had no other way to save humanity.

Keep in mind the Assassins have more than one member that shook the Templars. Connor, who was living at the same time as Shay, was able to ignite the American Revolution, shatter the Templar Order, and even empower a new generation of Assassins. While Shay’s work would have made the Brotherhood shiver in the historical age, it seems a bit too much in projecting the Templars can do the same in the modern age to the assassins.

Jujutsu Kaisen 0 International Release Announced: When to Expect It?