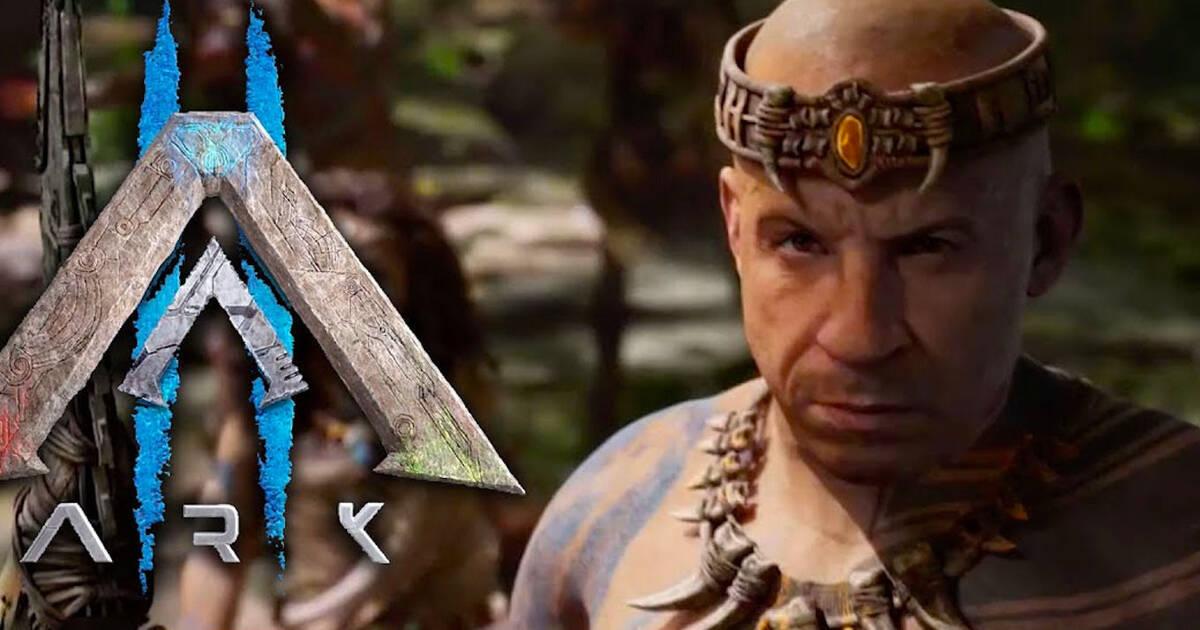 At The Game Awards 2020, Studio Wildcard has some big news for Ark enthusiasts. It’s been more than three years since Ark: Survival Evolved was officially released, with players attempting to live on an island populated by prehistoric monsters, terrifying human opponents, and natural perils. Finally, a sequel is on the way. On Dec 10, Studio Wildcard debuted Ark 2 with a grandiose teaser that featured a prehistoric village in the jungle, dinosaurs, and an unexpected action star. In addition to Ark 2, Studio Wildcard released a video for the upcoming Ark: The Animated Series, which follows Helena, a biologist who studies the fauna on the island Ark.

The much-awaited successor to Ark: Survival Evolved, Ark 2, is now available. It’s a survival game with a twist, in case you haven’t played the first game. You have to navigate a planet full of dinosaurs and other prehistoric beasts rather than compete for resources with regular people and animals. We don’t know much about Ark 2, but we do know more than most games that haven’t even been given a release date. I didn’t think there would be a true tale at first. Then I dug into the previous game’s DLC cutscenes and discovered Vin Diesel makes an appearance at the very end. For Ark 2, I believe we’re in for a crazy journey. Meanwhile, here’s all we know about Ark 2 thus far.

Ark 2’s release date has yet to be announced by Studio Wildcard. Ark: Survival Evolved’s season pass, dubbed Genesis, is set to get its Part 2 expansion in March 2022, so the developer may be putting it first. Because of the COVID-19 pandemic, Studio Wildcard had to postpone the construction of the Genesis expansion. Because Ark 2 appears to be extremely different from its open world, online multiplayer predecessor, Studio Wildcard will most likely take its time with it. In fact, in an interview in August 2019, Studio Wildcard co-founder Jesse Rapczak stated that he had already glimpsed a new future for Ark 2. 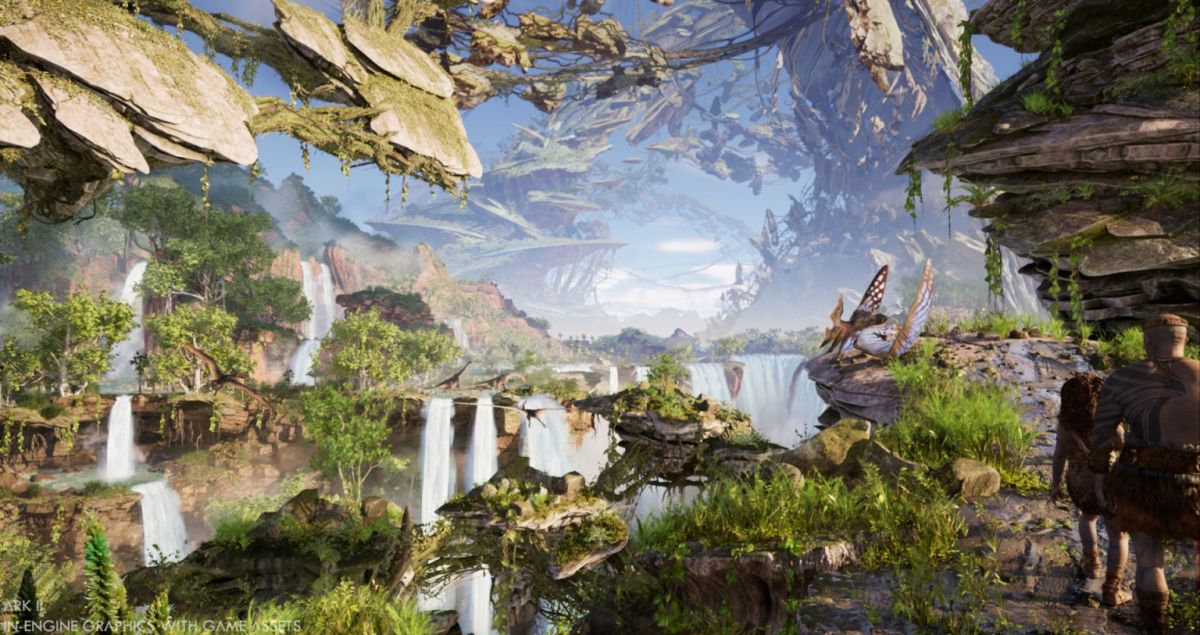 Ark 2 will release in 2022, according to Microsoft. That’s a rather large release window, but it’s all we have for now. Thankfully, we now know a little more about platform availability. Ark 2 will be released on Xbox One, Xbox 360, and PC. It’s tough to predict whether it’ll always be an Xbox Series X/S exclusive. Ark 2 is a “console launch exclusive,” which normally means a “timed exclusive,” according to Microsoft. As a result, the game may eventually be ported to the PlayStation 5 or other platforms. Remember, the original Ark: Survival Evolved was released on the Switch at some point, so anything is possible.

Ark 2 will be a “next-generation online multiplayer sandbox,” according to the official Ark: Survival Evolved Twitter account. Updates for Series X|S of Ark: Survival Evolved were recently released. The Xbox One’s 720p vs. the Series X|S’s 4K resolution resulted in more bright colour palettes that captured the game’s genuine beauty, according to the upgrade trailer. On the Series X|S, Ark 2 will almost certainly have stunning graphics.

The Game Awards’ lengthy Ark 2 cinematic teaser began with a young girl appreciating an exotic plant in the wild. A powerful guy dressed in tribal garb approached her, claiming to be the leader of a war clan. They were ambushed by a gang of dangerous monsters with sharp teeth and harsh growls as they journeyed through the forest with what appeared to be their prehistoric family. As if that wasn’t terrible enough, a T-rex showed up to stir things up, but the tribe chief was able to hold it off long enough for it to flee.

The tribe chief and the young girl entered a tunnel after a brutal struggle with their enemy, where a bright technological edifice awaited them. The tribe leader approached a tablet with his profile, where his name, Santiago Da Costa, was disclosed. Beyond what spectators saw in the video, little is known about Ark 2’s plot, but the spotlight on this new Santiago character has fans wondering what the future of the Ark series may contain. 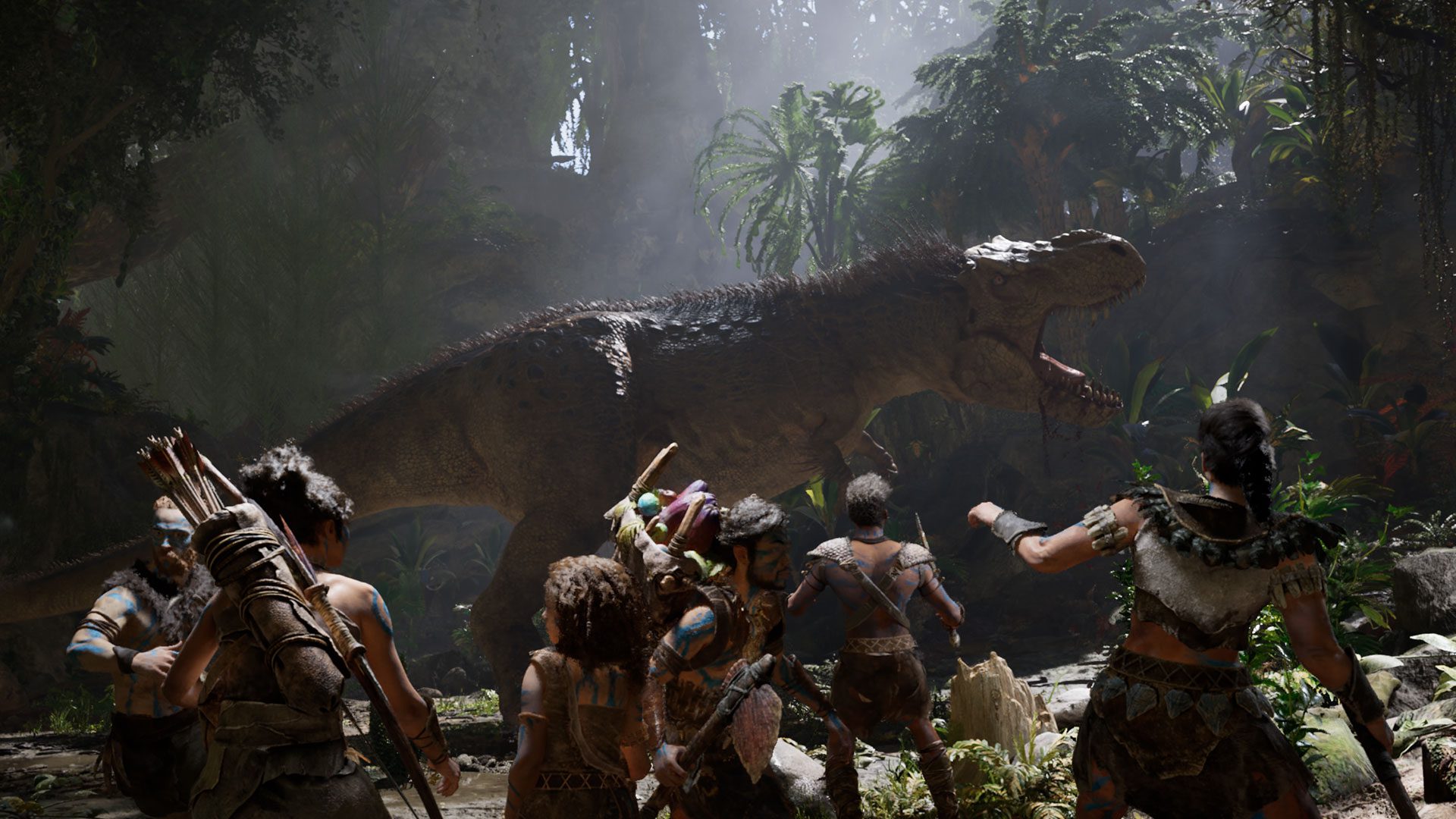 The fact that Santiago is played by Fast and Furious actor Vin Diesel, and his video game resemblance is insanely spot-on, was one of the largest and most startling aspects of the Ark 2 unveiling. Santiago will also appear in Ark: The Animated Series, which is set to premiere in 2022, according to Microsoft. Diesel is a tremendous fan of the original game, having spent over 1,000 hours playing it. Some Ark fans found the surprise cast member amusing, with one Twitter user remarking that “it’s a bit of a joke.” “It seems like a meme to me. Then there’s Tom Cruise’s Minecraft 2.”

Others couldn’t help but think it was cool to see another well-known action star in a video game (we’re looking at you, Keanu Reeves and Cyberpunk 2077). Diesel is the sole confirmed cast member for Ark 2 as of this writing. However, because his name appears on the cast list for the Ark animated series, it’s probable that Ark 2 will have some of the same actors as the cartoon, including Gerard Butler, David Tennant, and others.

Those who have spent a lot of time with Ark: Survival Evolved know that figuring out what’s happening in the story requires a lot of effort. It’s not a typical storey, and there’s still a lot of work to be done to get those in-game cutscenes to work. However, Ark 2 appears to be taking a more approach that is more user-friendly. We got a glimpse of Vin Diesel, who will play the hero character Santiago, in the latest video for Ark 2. 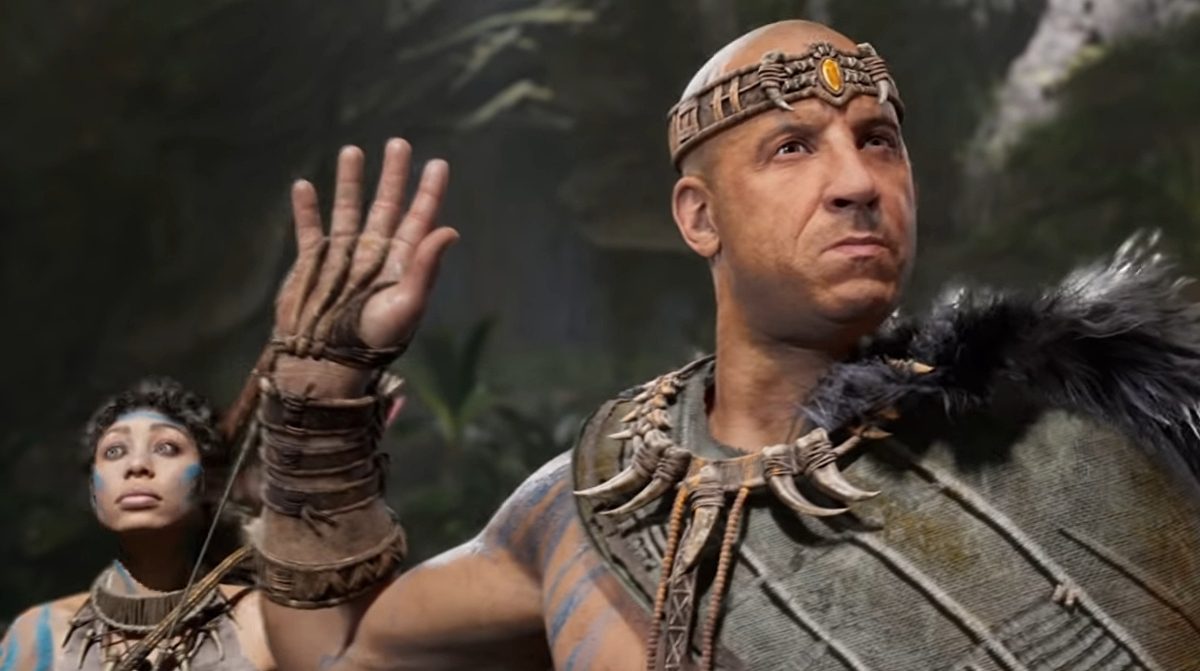 A completely fleshed-out narrative with one of the most well-known Hollywood actors will undoubtedly help Ark 2 distinguish out from its predecessor and establish itself as a AAA title. It’s hardly the move I was expecting from the little dinosaur game, which first appeared in early access on Xbox in 2017. We see Vin Diesel’s character exiting his pod and landing on a new world at the end of Ark: Survival Evolved, which is presumably where Ark 2 takes place, but that’s all we know so far.

Surprisingly little information regarding Ark 2’s gameplay is available. It’ll most likely follow the same gameplay structure as Ark: Survival Evolved. That means you’ll start with a small number of resources and progressively add to them by hunting and taming dinosaurs. You must eat and drink, and you can build shelters and farms, train mounts, and uncover new blueprints to manufacture ever-more-effective gear. In a nutshell, it’s a survival game with some light sci-fi elements and dinosaurs thrown in for good measure. If you’ve ever wondered how long you’d endure if you were stranded in Jurassic Park, Ark 2 is a good place to start. Because the Ark 2 trailer doesn’t show any gameplay, it’s difficult to predict how the game will vary from Ark: Survival Evolved. 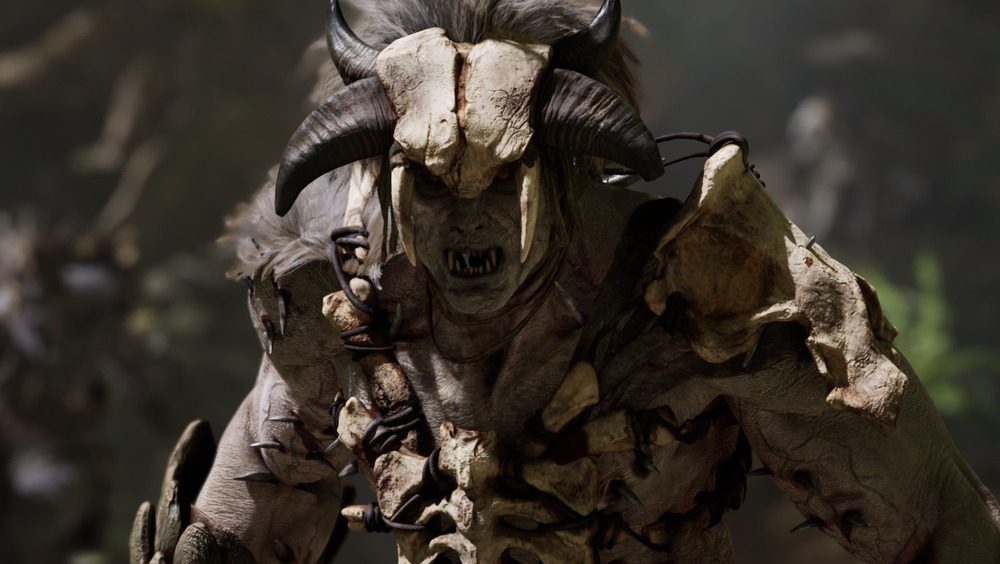 According to the Xbox Wire post, the game will take place in “a harsh new world of primordial survival against beast and man, taking down the ever-present perils of hyper-realistic intelligent dinosaurs, aggressive alien creatures, and the diverse surrounds of an unearthly planet.” The “hyper-realistic intelligent dinosaurs” suggest intelligent opponent AI, but we’ll have to wait and see if it’s a huge step forward from previous Ark. If you can’t wait to hop in and start pummeling dinosaurs to submission, the original Ark: Survival Evolved game is currently available on PS4, PC, Xbox One, and Nintendo Switch. Along with a lot of the DLC, it’s also accessible on Xbox Game Pass.

We don’t know much about Ark 2, let alone what it’ll require to run it, but if Ark: Survival Evolved is any indication, you’ll need a monster PC to keep it running at a decent frame rate. The minimum requirements for Ark: Survival Evolved were an Intel Core i5-2400 or AMD FX-8320 processor, 8GB of RAM, and an AMD Radeon HD 7870 2GB GPU or Nvidia GTX 670 2GB. However, any Ark player will tell you that those requirements are incapable of maintaining the mayhem that is Ark: Survival Evolved. There are numerous videos online of individuals playing Ark: Survival Evolved at 60 frames per second on high settings at 1080p with 10-series GPUs. If I had to estimate, I’d say RTX 20-series CPUs will be required to run Ark 2 efficiently. However, even low-cost gaming laptops with GPUs from the 30-series will suffice.