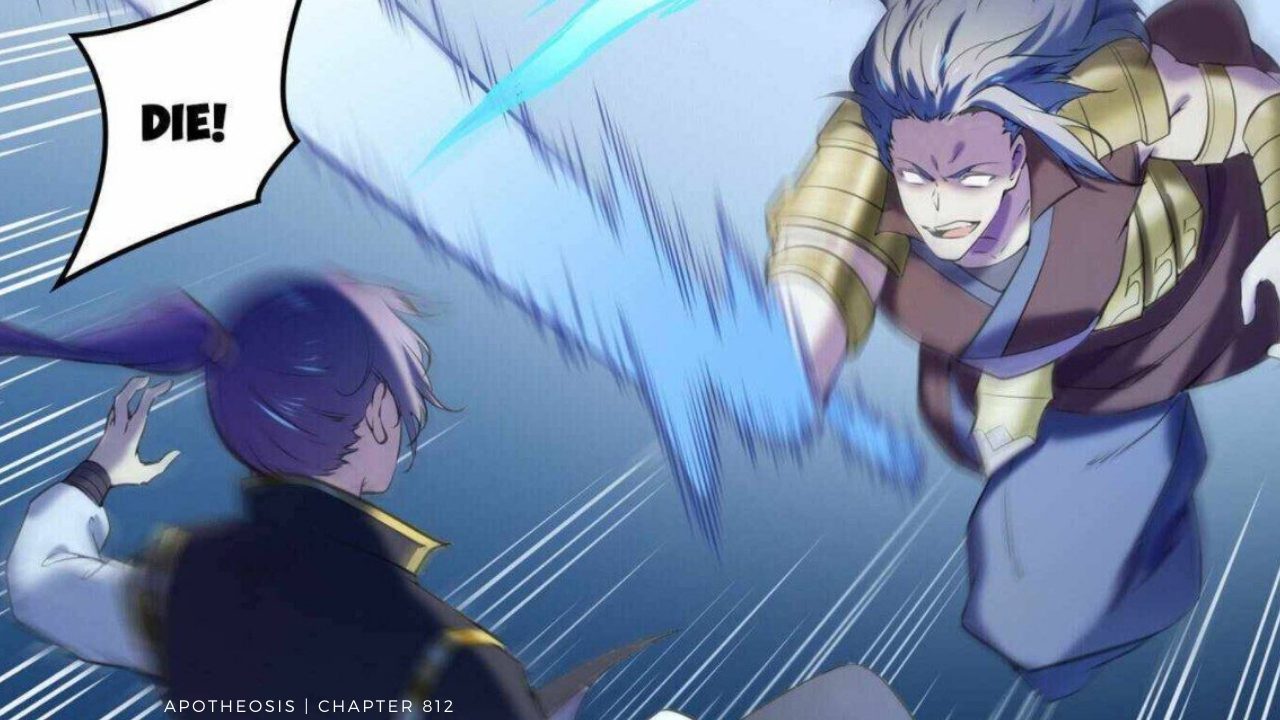 Luo Zheng vs. Mo He begins with Apotheosis Chapter 812, with Zgheng avenging Chenfeng’s death. Apotheosis reveals the journey of a mighty warrior that forged himself as a spear to bring peace between humans and other monster race. From the latest Apotheosis chapter, Zheng punished Mo He’s underlings for trying to assassinate him. One of the soldiers showed him Chenfeng’s corpse that almost got eaten by the wolves, but he asked Resurrection Heavenly Venerated to revive Chenfeng. Heavenly Venerate agrees and reveals that it will depend on Chenfeng’s destiny to get resurrected. Zheng vs. Mo He begins with Mo charging at Zheng.

Zheng notices that the speed of Mo’s sword swing is six feet above his head towards him. He realizes that if he appears six feet lower than Mo, he can counterattack. Mo notice that Zheng has managed to break his Laws and comments this brat is manipulating his Laws. Zheng unleashes the Great Thousand Heavy Sword and uses it against Mo. Mo thinks that Zheng is an ignorant fool since he has seen his moves. Zheng is surprised to see Mo at a distance. Mo apologizes and reminds Zheng that this is his territory and he has become God in his domain.

He landed a massive sword strike that sent Zheng flying. Zheng realizes that he has lost his balance and he is dripping from the air. Mo He’s minions notice that Zheng is falling, and they decide to attack him telling him that he won’t escape. Zheng realizes that Mo He has changed the Law of Wind, related to flying at Celetial Realm. When the warrior learns to fly the Celetial Realm, they focus on the most basic Law of Wind. Mo He appears out of nowhere and catches Zheng at his blind spot.

Mo He swings a massive slash while telling Zheng to die, and Zheng comments that this technique is impressive. Mo wonders why a guy who is about to get cut is praising him. Zheng stretches his hand and uses it to grab Mo He’s blade. Mo struggles to get his sword back since Zheng is holding it tight, and Mo realizes that Zheng won’t dodge, but he will keep on blocking his slashes. He realizes that he is using his strength at its limit, but he can cut Zheng’s arm. Mo notice that Zheng is a stronger warrior who can get pierced easily. 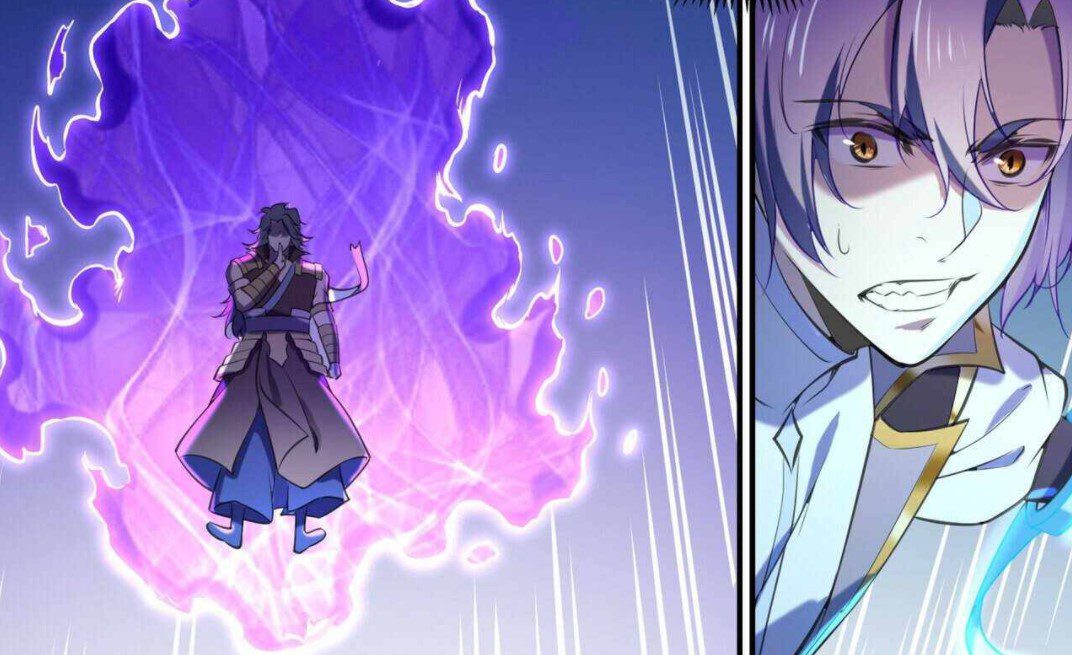 Zheng realizes that Mo possesses various techniques, but this is his chance to smash him before unleashing a mysterious attack. Zheng decided to capture Mo even if he got injured during the process. Mo noticed that and decided to keep the fight at a distance. Zheng almost pulled Mo He’s hand, but Mo uses a unique ability to get out of the trap. Mo comments that he has enhanced his body with True Essences, and it will be impossible for Zheng to catch him.

Zheng replies that he is foolish to think that he can’t grab him. Zheng unleashes a magic string and releases Law of Wing to pull Mo towards him using the magic string. Mo tried to break the rope and noticed that it was tough. Zheng pulls him back, but Mo vanishes to avoid death. Zheng detects that the space around him got connected with the Law of Space, and the Death Chain got cut into two. But he can grab Mo and finish him. Mo appears and tells Zheng that he got trapped inside his Space Array and his destiny is to die here. 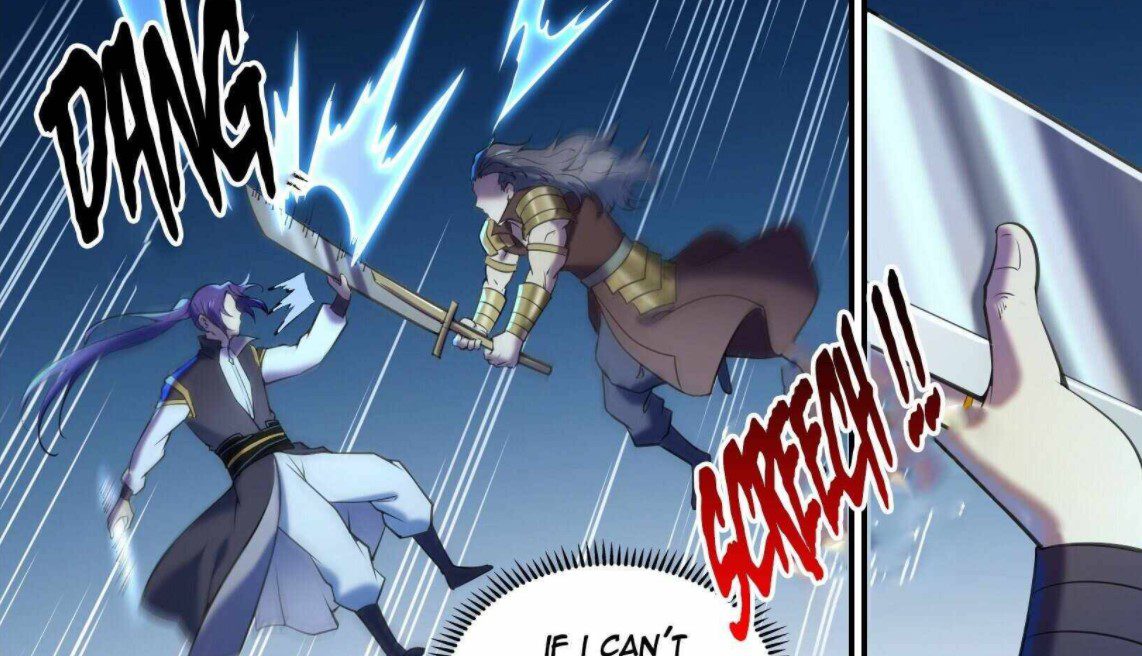