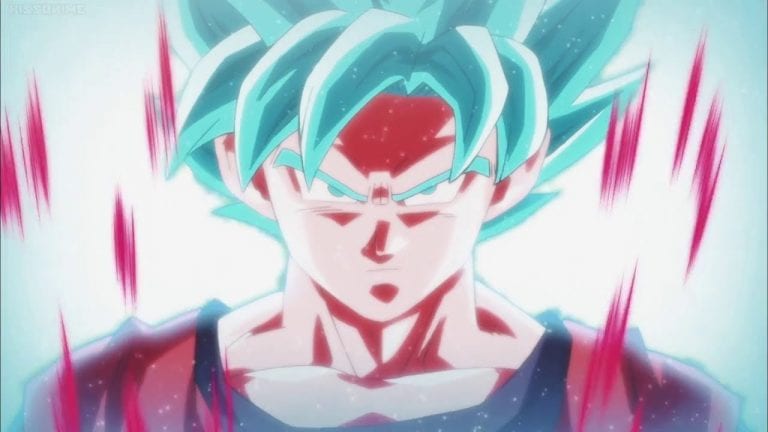 Goku To Show His New Trump Card Vs Jiren

Goku will use Spirit Bomb and then later get into his new form (Proof Jump scans below) Goku this week: Goku and Ribrianne will have a great fight!! Goku tries to go help his teammates who are getting attacked by Frost. Goku’s Kaio-Ken x20 is no use against Jiren! Special thanks to KenXyro and Yonkou Productions.

But, Ribianne of universe 2 stands in his way. Well, that’s pretty much self-explained stuff there, to mention is that Frost might be giving some tough time to universe 7. Jump Scans this week shows amazing things like Goku’s Kaioken x20 is nothing compared to Jiren, the birth of Goku’s New Form, and also Spirit Bomb!

Moving on to to the one-hour special episode which will be airing on the 8th of October. If anything I am super excited about that episode, Goku has a tough time against the mightiest warrior Jiren possibly the mortal stronger than his god!

A bargain of 1-hour special where you can see the two-episode worth of amazing footage all in one go! We can almost expect Dragon Ball Super to make up for making us wait for the week before this episode. It says here Goku’s Kaio- Ken times 20 will be no match to Jiren. Goku might use his ace Spirit bomb attack.

But I don’t see how that might just be possible given Spirit bomb requires the energy from living and they are in fact fighting in the world of void ergo, there is no one but them in that place. Could the Gods be giving energy for the Bomb? That would be amazing. The scans say Zeno will be making two universes, to be specific universe 8 and universe 10 fight against each other.

There is a sure erasure of one of them. Beerus is said to notice something strange in the number of fighters in the Universe 4. I am pretty sure it indicates the revelation of the two hidden characters from that universe. So the episode will be jam-packed with thrill and might just blow our minds. I am pretty sure this arc does not end with the Tournament of Power.