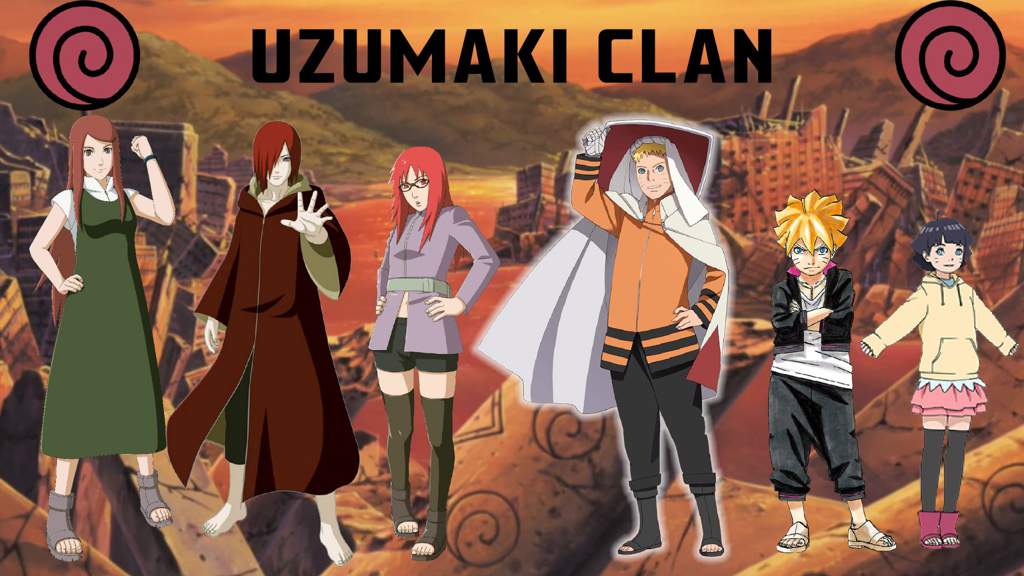 The Uzumaki clan is amongst the most renowned clans in Naruto’s universe. But as we all know, there is a lot more than just its destruction a few years before the anime debut. Its what you could refer to as the sad truth about the Uzumaki clan. I’m going to discuss it in this article. The Uzumaki clan was well known for its big Chakra reserves and a powerful life force. This came together with their mastery of sealing Jutsu to a point where the whole world was threatened.

Of course, this meant that they could seal all the Shinobi Jutsu such that they will be the only ones left with Jutsu and Chakra usage alone. And if you can imagine such a situation, the world’s Shinobi could be significantly threatened. So they have seen the clan as a threat to the future of Shinobi and Chakra itself such that they decided to annihilate the entire clan along with its Village.

The survivors were very few and somewhere safe because they were out of the village. The clan itself had no intention of harming others as it even had strong ties with Konoha and the Senju clan. The clan itself was filled with good Shinobi; otherwise, we would have heard of some inhumane sealing Jutsus already invented.

Even though they where allies with the Senju clan, it did not help. And this simply indicates that the attack was well planned, such that even their allies did not get time to respond. We all know those sad things that happen in most anime. Like when Ohara was destroyed by the world government in one piece. These moments are amongst the most heartbreaking moments in anime.

This is a tribute to the deceased Uzumaki clan. They could have been ranking amongst one of the powerful clans in Naruto. We will always remember the Uzumaki Clan’s might and kindness. Well, at least the clan will be revived by the seventh Hokage and a few of its Surviving members.