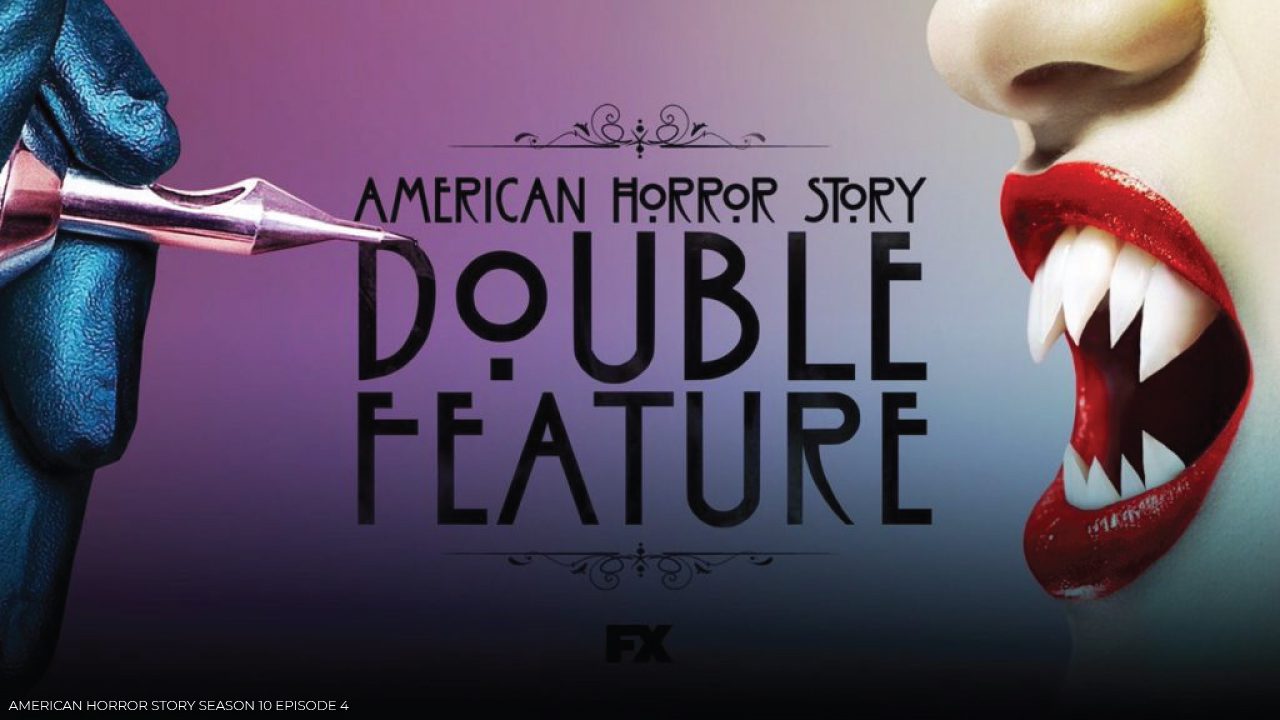 After a year worth of waiting, American Horror Story is finally back with its season 10. And the new season is back with a treat. From a lot of notable cast members from the previous seasons to a two-part series. Season 10 is a thing a lot of fans are looking forward to, too, with fear and excitement in their mind. As it’s going to be a week already, fans are waiting for episode 4 of the American Horror Story Season10. The last episode left the fans wanting more. Leaving on a not-so-cliffhanger note as Chief Burleson coming to visit the Gardner family to get some information about the rising artist Alma. But receives death instead.

With three episodes out, the recent episode is known to be the bloodiest episode yet. We saw Harry Gardner, who is a scriptwriter and is trying to work on his new script. He meets people, Belle Noire and Austin, to be precise, get the pills. Taking the pills, he develops a superhuman brain, becoming a vampire. With his thirst for blood increasing everyday, its hard for his family to let it go unnoticed. To add to some drama, the story of the show is inspired by the true events.

American Horror Story Season 10 Episode 4 is coming out on September 8, 2021. Directed by Axelle Carolyn, written by Brad Falchuk, the upcoming episode is titled “Blood Buffet”. Staying true to the theme of the part 1 that is “Red Tide”, there is going to be a lot of blood. Just like the previous episodes. With just one more episode left to premiere of the first part, we might get to see the origin of the pills in the upcoming one. The trailer released for the show sheds light on the details that we might’ve missed in the last three episodes. The episode will be focusing on Provincetown. Along with how the people living there slowly get aware of its dark history.

We see the chemist working in her lab alone, making some pills out of the ingredients she had cooking on the table. And we might be going back in time as we see the chemist giving the pills to Belle Noir, back when she was Sarah Cunningham. She tells her that pills will create certain cravings for her.  As expected, Belle wasn’t the mysterious person and a famous writer with the black lipstick on always.

We see her getting violent and breaking things, and shedding some blood as she starts taking the pill. Coming back to the present, she’s on her way to approach her new friend, a drag queen, presenting her the pills. Fans are already making their own theories about the story that is about to take place. Making bets if the chemist is a witch or a siren. Or who the pale man is and his relationship with the chemist.

His daughter Alma thinks the pills will help her get better during her performance, takes the pill, and ends up becoming a vampire, too. With all the chaos going on, enters Ursula, Harry’s manager. She comes to tell him that his work is in demand again and he needs to get it ready asap. Meeting Mickey in a bar, they start talking as he tries to get her to see his scripts. As they get more into talking, he tells her about the pills and the chemist.

Deciding to meet the chemist herself, Ursula asked her to make her a steady supply of these vampire pills. Denying her request and feeling her thing is getting out to the people she doesn’t want to involve. She orders Belle and Austin to kill everybody involved with the pill. While the recent people in the chain are Harry, Alma, Doris, Micky, and Ursula. There aren’t any names shown in the hitlist yet.

Mirzapur Season 3 Release Date: When Is It Arriving?