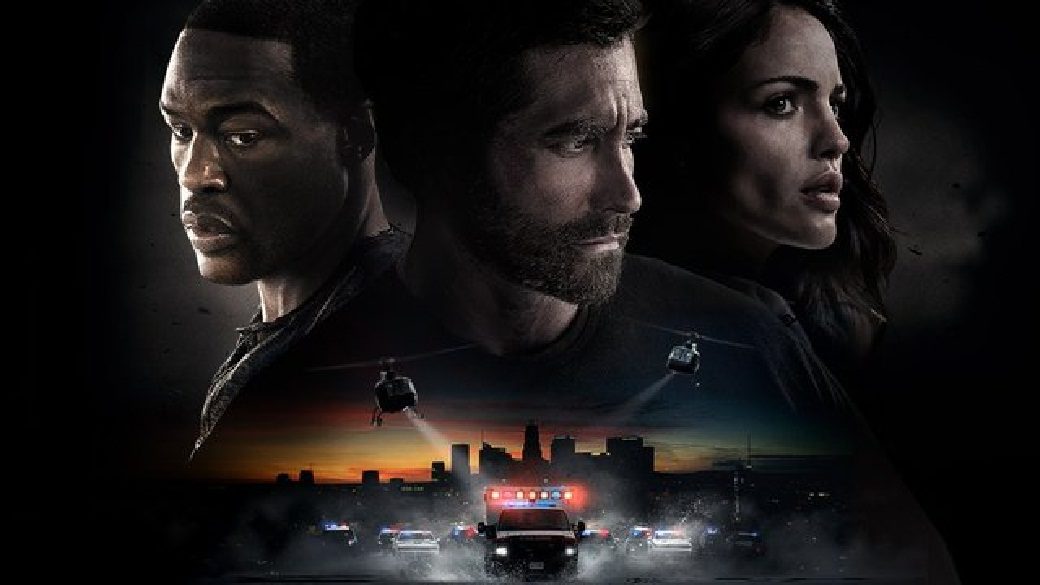 The movie Ambulance was first premiered on 20 March 2022 in Paris, France. In the United States, it will air on 8 April 2022. The movie is the re-creation of the 2005 Danish movie Ambulance by Lars Andreas Pedersen and Laurits Munch-Petersen. The movie follows the lives of two siblings, Will Sharp and Danny, who later become bank robbers and hijack an ambulance, kidnapping its two first responders hostage. In this article, we will be talking about Ambulance 2022 Filming Locations. We will also discuss its cast and plot. Keep reading to know all this.

The director of Ambulance is Michael Bay. He has also produced the film along with other producers like James Vanderbilt, Bradley J. Fischer, Ian Bryce, and William Sherak under the production company of New Republic Pictures, Bay Films, Endeavor Content, and Project X Entertainment. Without any further delay, let us start our discussion of Ambulance 2022 Filming Locations.

The shooting of the Ambulance 2022 film began in Los Angeles, California, in the year 2020. As this was the year when Covid struck the globe. However, it did not prove to be an obstacle in the way of filming Ambulance. As the movie is a low-budget film ($40 million) and could be shot in a small period. In just thirty days, Ambulance wrapped up its shooting. 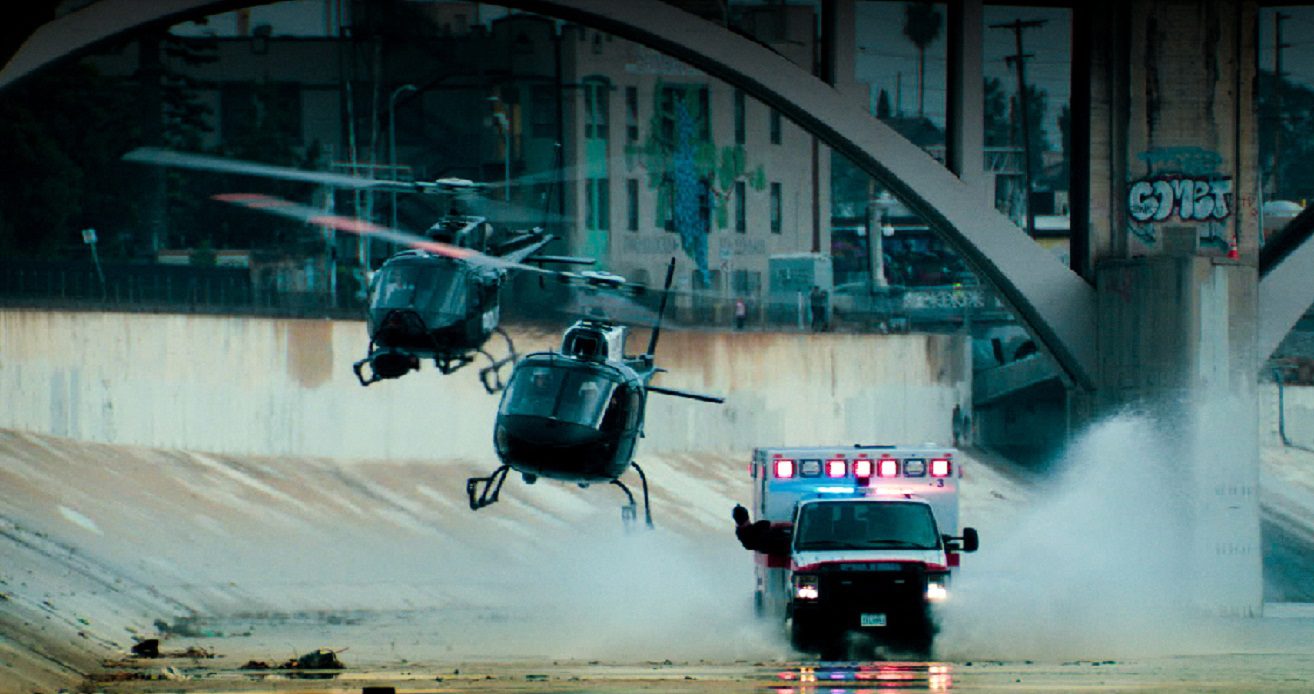 A Scene from Ambulance 2022

The whole movie has been shot in Downtown Los Angeles. Let us discuss some scenes from the 2022 movie Ambulance. The scene where the police chased the ambulance after it got hijacked has been shot at Los Angeles River.

The scene where a policeman asks the owner if he could enter the band unaware about the robbery going on has been shot in the Los Angeles Times Building.

Also Read: Survivor 2022 Filming Locations Revealed: Where is the Island?

The Plot of Ambulance 2022 Movie

“Ambulance” is an action thriller film that portrays the life of two adopted brothers. To do his wife’s surgery, Will required $231,000. So he went to his brother Danny, who was already a criminal.

Together they went to rob a bank. At the same time, a police officer named Zach entered the bank. Unknowingly, Will shot him with his gun. They ran from the bank after hijacking an Ambulance, in which Cam Thompson was onboarding with Zack.

Danny then ordered Cam to treat Zach. At first, she wanted to flee away from the ambulance but looking at the condition of Zach, she stopped and decided to give him medical treatment.

During this, a helicopter started chasing the ambulance. In an attempt, Cam stopped Danny to shoot Mark, Zach’s friend. But got threatened by Danny. Watching the situation, Danny called her criminal friend Papi for help.

Papi sent his son Roberto with another ambulance full of C-4 explosives, and he also deployed a Machine gun to cause further damages. This incident took the life of SIS officer Monroe. While another officer, Mark, chased down Roberto and killed him at the moment. 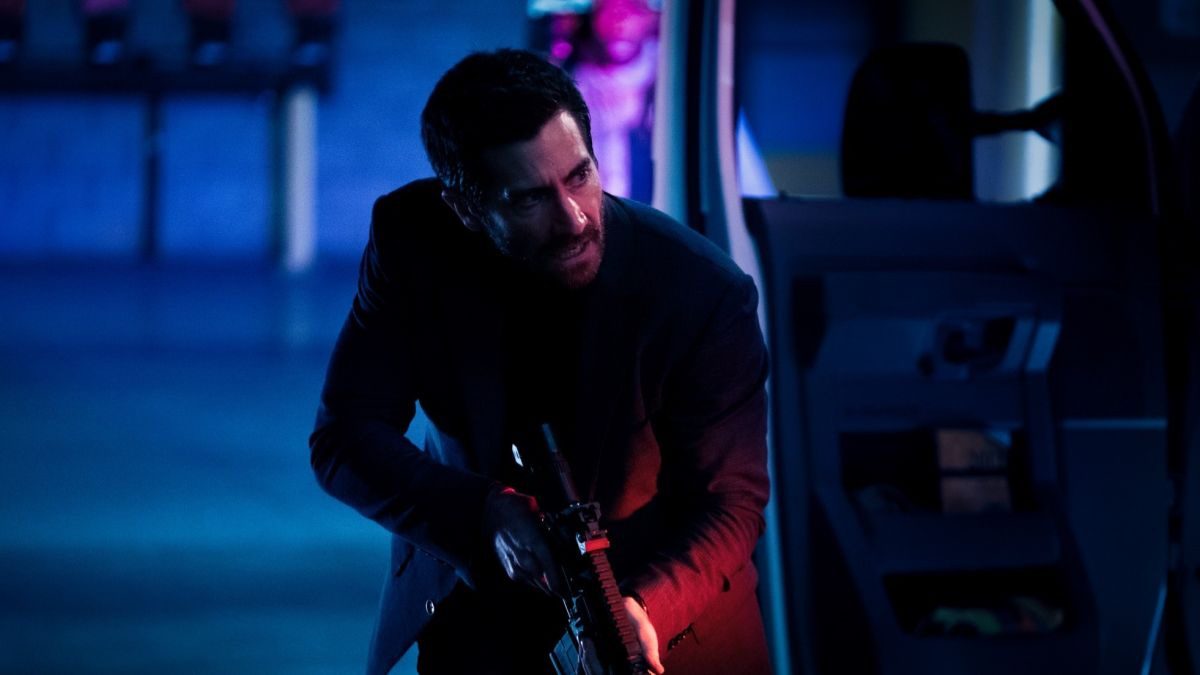 Later Papi said to leave Zach and Cam with him. Instead, they choose to kill Papi and all his crew members. When all this was going on, Cam mistakenly shot Will with Zach’s gun. This made Danny drive the ambulance to a hospital where he finds that Cam shot Will. He threatened to kill Cam, but he got shot dead by his brother Will. Police then arrested Will and took him inside a surgery room.

In the end, Cam gave money to Amy, and Zach told police that Will was the one who saved his life.

Cast and Characters of Ambulance.