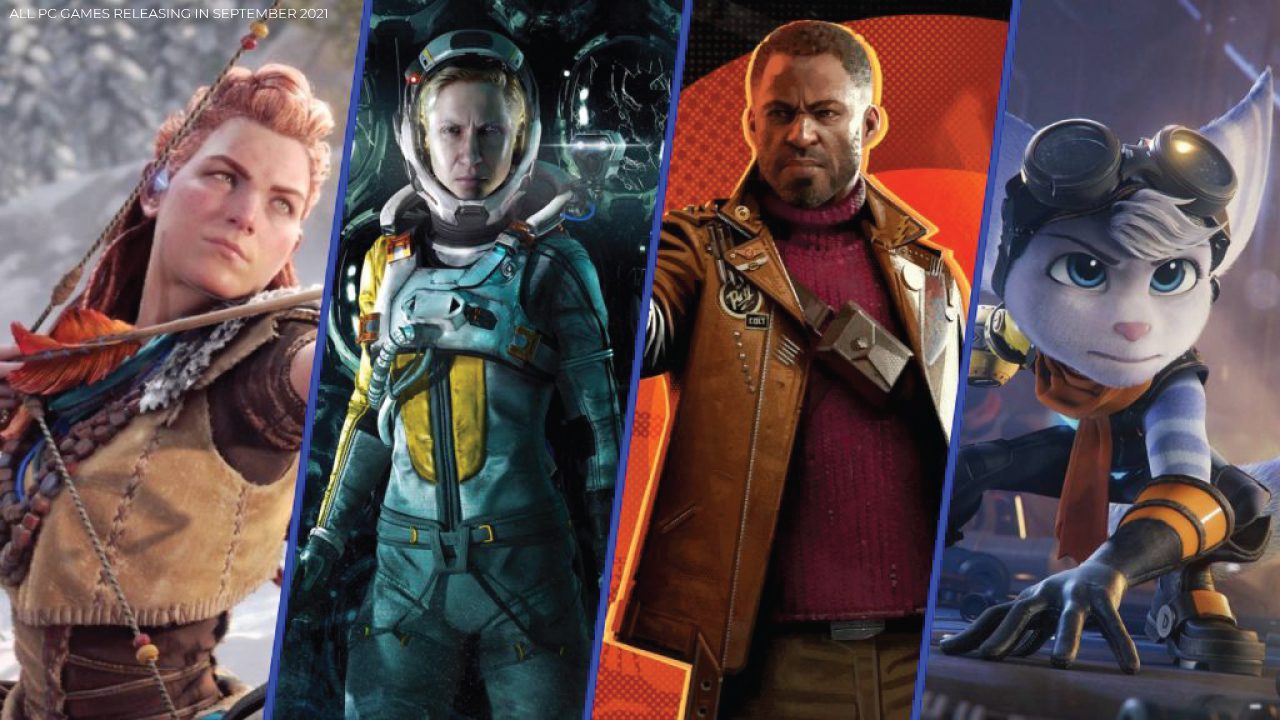 PC Games Releasing In September 2021: 2021 has been a fantastic year for the PC gamers as the game developers came up with some outstanding games throughout the year, such as Resident Evil Village, Hitman 3, Humankind, and there are many more on the list. However, due to the Covid-19 pandemic when the whole world was suffering from lockdown and people were bound to stay at home for several months, video games helped them deal with isolation.

PCs are considered to be the best place to play games comfortably. Never mind the next-generation consoles. The best PC games will make you feel that you must have a PC or a laptop to enjoy various games. The game developers come out with some visually stunning games from time to time that deserve to be played on the PC with the most potent hardware and the upgraded graphic card to play them at their best. And, as long as you have a budget, PCs will always have the upper hands in graphics compared to any console. It is stated that 89 percent of the gamers are in favor of PC games as they believe that PC serves a better gaming experience than any smartphone or console. And, in addition, the rest of the 37 percent of gamers are also willing to emigrate towards PC gaming. Today, we will cover the PC Games releasing in September 2021.

This year is about to end in four months, but there are many upcoming PC games to look forward to from September to December this year. Due to the global pandemic, some of the biggest games were delayed. However, it is not disappointing anymore because we are closer to the time when many of the games are just around the corner. Today, Otakukart brings you the list of the games that have already been released and the games that will be releasing in September 2021.

Some gamers might already be familiar with Brave Default 2, as the game was initially released exclusively for Nintendo in February. For the unacquainted, Brave Default 2 is a Role-playing game that consists of four main characters, Seth, Gloria, Elvis, and Adelle. All of them are set across the continent named Excillant to search four crystals that have been stolen from Gloria’s homeland. 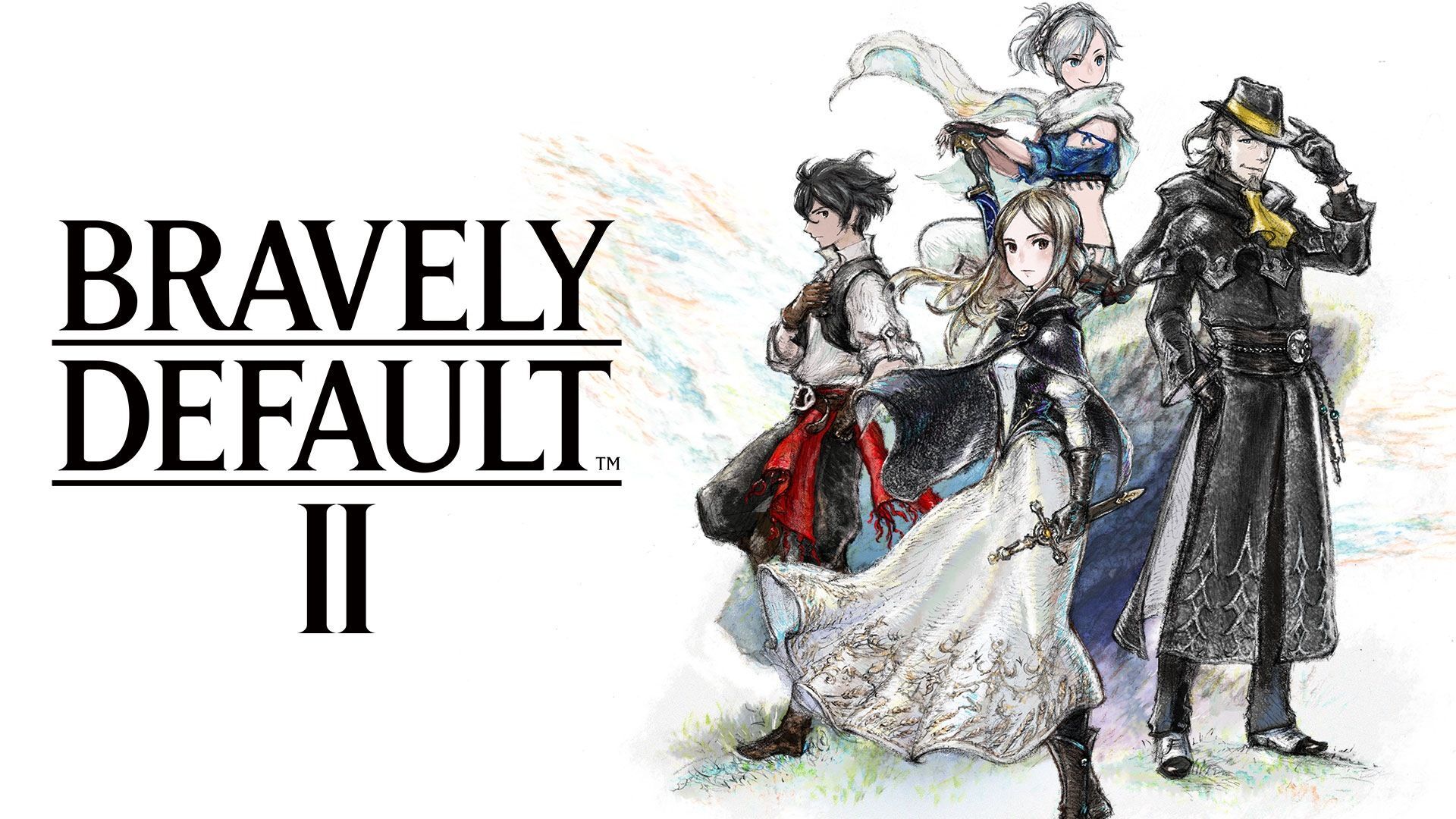 The game’s four heroes might stay together to save their world from an evil enemy named Night’s Nexus. You have two options in the game, “Brave” and “Default.” By picking “Brave,” you can save a turn to use it later, and by selecting “Default,” you can use all the turns at once. However, the game is a sequel to Brave Default, which was launched in 2012. Brave default 2 is not the same as the original one. This time we will see a new story, new characters, and new settings.

Brave Default 2 has been launched for PC on September 2.

6. Pathfinder: Wrath Of The Righteous On Steam

The Role-playing game is the sequel to the original game, named Pathfinder: Kingmaker. However, it comes up with a different storyline. Pathfinder: Wrath of the Righteous on steam is a game set up on cursed land, which was once a normal land full of life. Now, there are rifts between different nations. But, they do not fight against each other. Instead, they fight all together against an era-old demonic invasion caused by the rift between the Abyss.

The land does not have ordinary citizens now. Only the adventurers fight for glory or to have a fortune, or some men want to fight against the demon lords. Unlike the original game’s story, which was lighthearted, the game has come out with a darker concept this time. Now, it’s on you how you want to fight and challenge the demons. You can create a character of your imagination to play the RPG. You will also cross paths with ten companions throughout the game. All of them has a different set of abilities and skills.

The game has come out on September 2 on Epic Game Store.

Dice Legacy will be released on September 9, 2021. It is a dice-based City builder game put in a strange ringworld. It is not just a regular dice game but a dice survival game in a medieval era. In this game, the dice are not just dice. In fact, your citizens are the dice. They can eat, drink, work, and even they can have sex. Now, you might be wondering how it is possible. How can dice have sex? Well, everything is possible in this new game. The dice can get injured, die, and even the harsh winters can freeze them.

Initially, you begin with a handful of dice. Each of them is a citizen. You build resources and a city in the medieval world. Meanwhile, the enemies can run off with your resources, and even they can destroy the buildings. So, you have to create soldier dice to protect yourself.

The game is the fifth installment of the series, life is strange. This is an adventurous game that is scheduled to release on September 10. The storyline of the game revolves around the main character, Alex Chen, who has the special powers to feel the aura of others by touching them. Alex had a troubled childhood in a foster home, and after eight years, she reunites with her brother, Gabe, in Haven Springs. Later, her brother dies in a mysterious accident. But, Alex is not convinced that her brother had a natural death. Now, here you come in as a third-person player and will be taking over Alex’s character to find out the truth about Gabe’s untimely death.

The game was earlier scheduled to release in 2020, but it was delayed due to some quality issues. Now, it is coming out on September 10, 2021. It is an action-based role-playing game whose main characters are Alphen and Shionne. Both the characters are from different planets. Alphen is a masked face individual whose planet is taken over by Shionne’s planet, Rena. Now, Alphenne has to face the challenges to free his people from slavery. 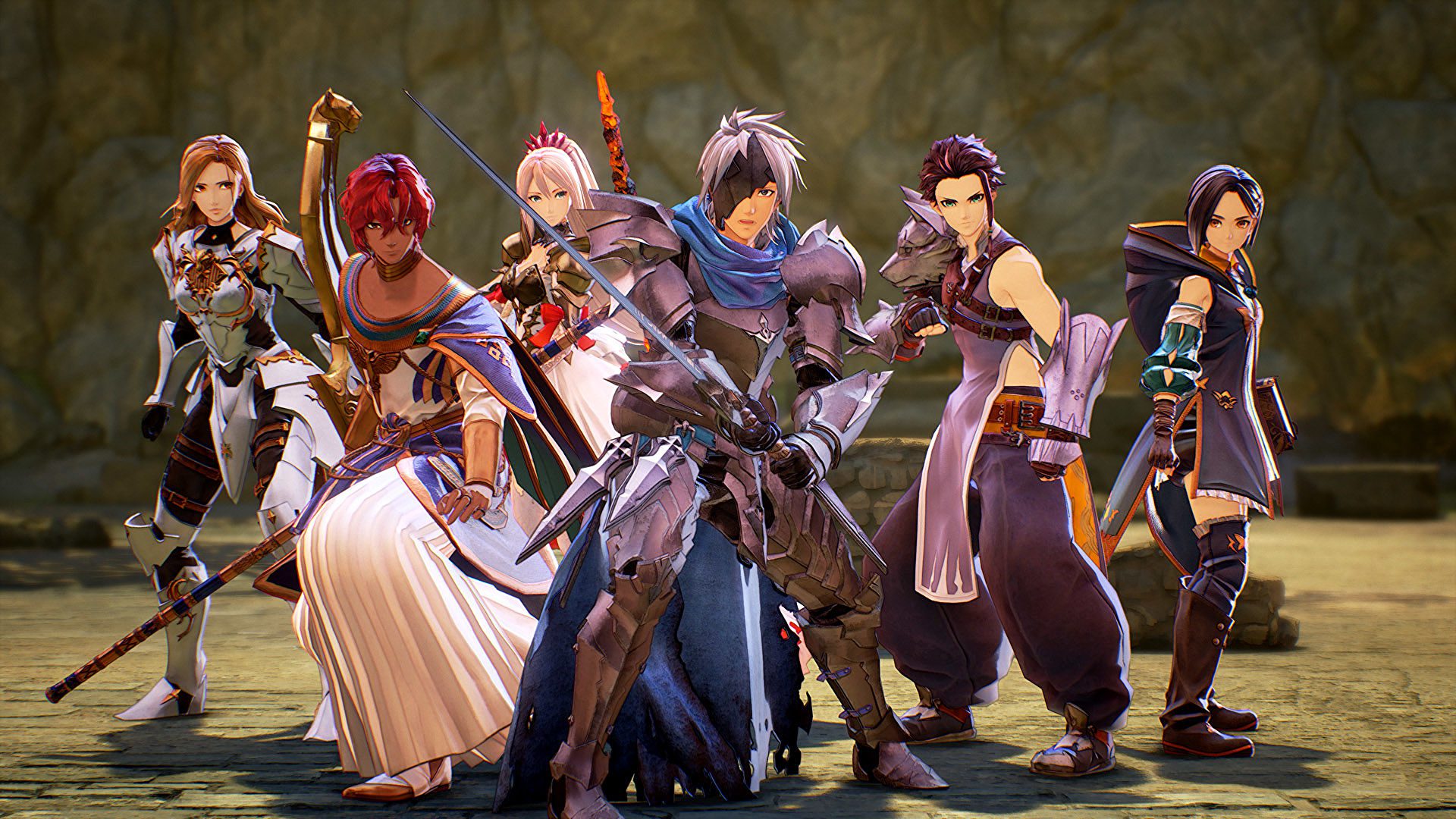 Developed by Arkane Studios, DEATHLOOP is an upcoming action-adventure game scheduled to release on September 14, 2021. The game will be timed console exclusive to PS5 and will also be available for Windows. In the game, you will take over the role of Colt, an assassin who’s stuck in a time loop. Each time Colt dies, he has to start everything from scratch. Also, while Colt struggles to learn from his mistakes and complete his objective, another assassin, Julianna, tries to stop him. Interestingly, Julianna can be an AI, or another player can control her. So, Deathloop does a fresh perspective in multiplayer gameplay, the reason why everyone is excited to play Bethesda’s title. 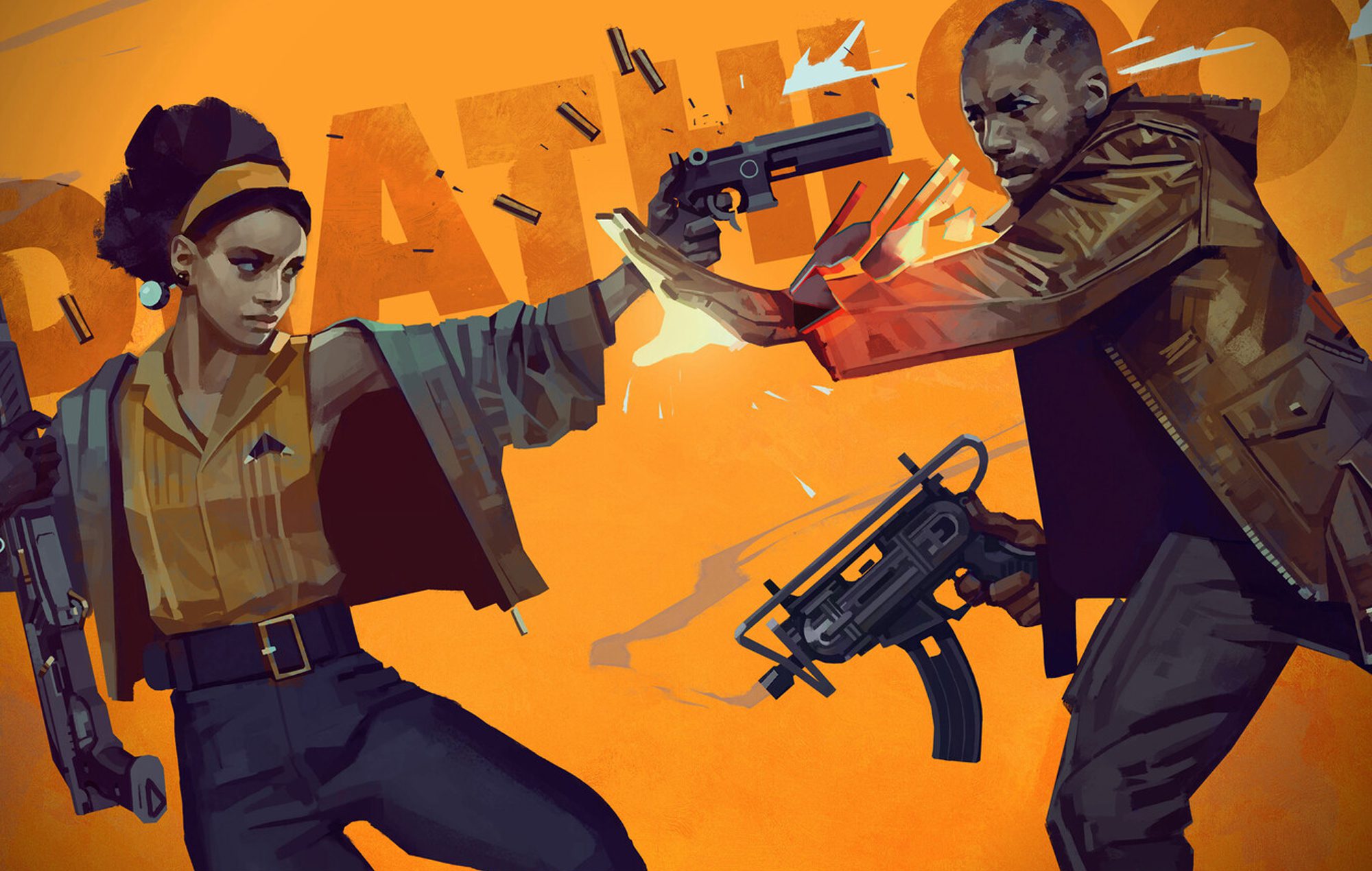 Lemnis Gate is another multiplayer combat strategy FPS you should be excited about playing in September 2021. You’ll have to get hold of deep-space abilities to excel in five 25 seconds rounds in the game. You have to outsmart your opponents in four-dimensional battles. In each round, you will get the opportunity to correct your mistakes in the previous matches, so you’d have to make every step carefully. You can figure out different strategies for every round, giving you countless outcomes and possibilities. Initially, Lemnis Gate was scheduled to come out in July 2021. However, the developers pushed the release date to September 28, 2021. The title will be available for Microsoft Windows, PlayStation 5, Xbox Series X and Series S, Xbox One, PlayStation 4. 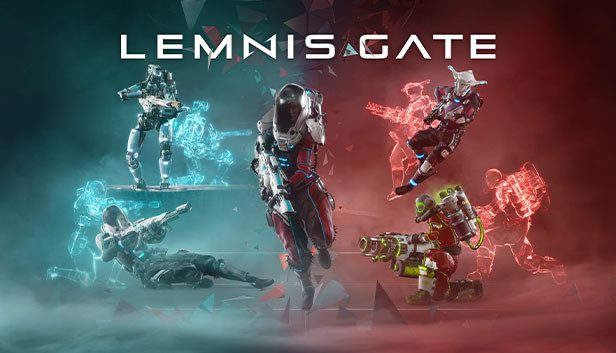