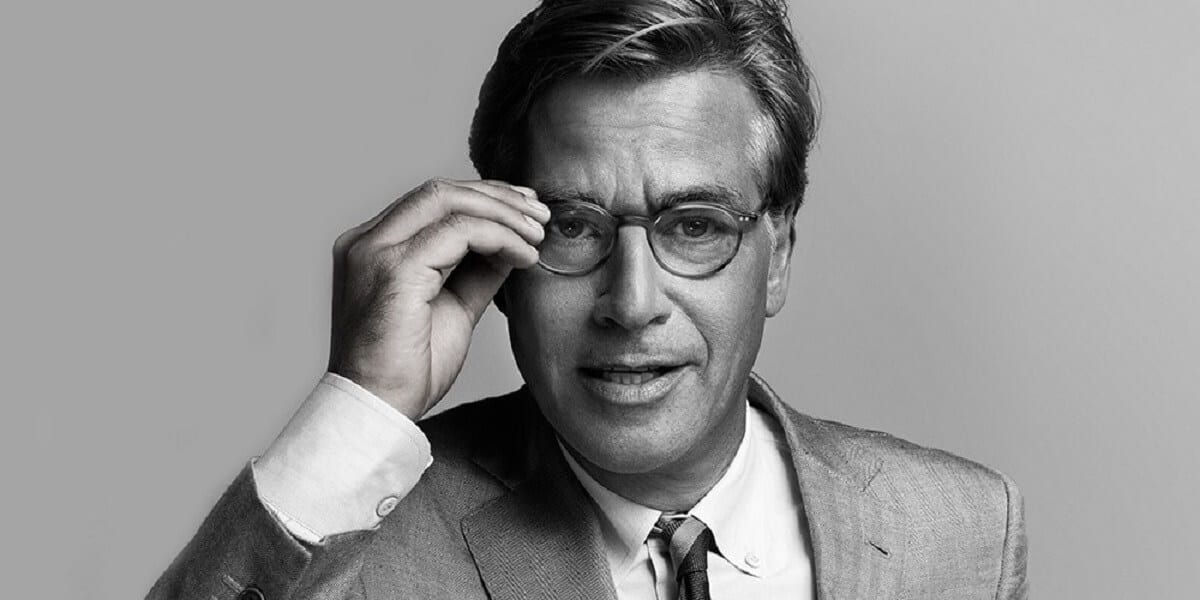 Aaron Benjamin Sorkin is an American playwright, screenwriter, actor, television writer, television producer, and film director. He is a true Hollywood legend, although not everyone may recognize his name because he is someone who does his best work behind the scenes. About his personal life. He was born on June 9th in the year 1961. He was born in Manhattan, New York City. He was born in a Jewish family and was raised in the New York suburb of Scarsdale. His mother was a schoolteacher, and his father a copyright lawyer. He had two siblings. Both his older sister and brother went on to become lawyers. His paternal grandfather was one of the founders of the International Ladies’ Garment Workers’ Union. He attended Scarsdale High School, where he became involved in the drama and theatre club. He played General Bullmoose in the musical Li’l Abner during his school life. In the year 1979, he attended Syracuse University.

Aaron Sorkin married Julia Bingham in the year 1996. But later they got divorced in the year 2005. The divorce took place due to his workaholic habits and drug abuse reported to be a partial cause. Sorkin and Bingham have one daughter, Roxy. He dated Kristin Chenoweth for several years, who played Annabeth Schott on The West Wing. It was also reported that he also dated columnist Maureen Dowd and actress Kristin Davis. He has made substantial political campaign contributions to candidates between 1999 and 2011.

During the 2004 US presidential election campaign, the liberal advocacy group MoveOn’s political action committee enlisted Sorkin and Rob Reiner to create one of their anti-Bush campaign advertisements. In August in the year 2008, he was involved in a Generation Obama. In 1987, he started using marijuana and cocaine. Later in 1995, he sought rehabilitation at the Hazelden Institute in Minnesota. In early 2001, Sorkin and his colleagues, John Spencer and Martin Sheen, received the Phoenix Rising Award for overcoming their drug abuse. On May 13th in year 2012, Sorkin said he had not used cocaine for eleven years.

Sorkin moved to New York City where he spent much of the 1980s as a struggling, sporadically employed actor who worked odd jobs, such as delivering singing telegrams, driving a limousine, touring Alabama with the children’s theatre company Traveling Playhouse, handing out fliers promoting a hunting-and-fishing show, and bartending at Broadway’s Palace Theatre. He started writing while house-sitting for a friend; he found an IBM Selectric typewriter and “felt a phenomenal confidence and a kind of joy that had never experienced before in life.” He continued writing and eventually put together his first play, Removing All Doubt. In the year 1984, Removing All Doubt was staged for drama students at his alma mater, Syracuse University.

Later he wrote Hidden in This Picture which debuted off-off-Broadway at Steve Olsen’s West Bank Cafe Downstairs Theatre Bar in New York City in 1988. He was inspired to write his next play, a courtroom drama called A Few Good Men, from a phone conversation with his sister Deborah. In the year 1988, Sorkin sold the film rights for A Few Good Men to producer David Brown before it premiered. Later he worked under contract for Castle Rock Entertainment. He wrote several drafts of the script for A Few Good Men. The film, directed by Reiner, starred Tom Cruise, Jack Nicholson, Demi Moore, and Kevin Bacon, and was produced by Brown. A Few Good Men was released in the year 1992 and was a box office success, grossing 243 million dollars worldwide.

It took Sorkin several years to write the screenplay for The American President. The American President grossed approximately 400 million dollars worldwide. In the second half of the 1990s, he worked as a script doctor. Later he worked in Sports Night, The West Wing, Studio 60 on the Sunset Strip, The Farnsworth Invention. In the year  2007, he was commissioned by Universal Pictures to adapt George Crile’s non-fiction book Charlie Wilson’s War. Next year in August 2008, he announced that he had agreed to write a script for Sony Pictures and producer Scott Rudin. The Accidental Billionaires was released on October 1st in the year  2010.

In the next year, 2011, he played himself on the series 30 Rock. The Newsroom with a premiere date of June 2012. In the year 2015, Danny Boyle’s biographical drama Steve Jobs was released. In February of the year  2016, it was announced that Sorkin would adapt Harper Lee’s To Kill a Mockingbird for the stage. In late July 2013, it was announced that Paul Greengrass would be directing, but Sorkin eventually both wrote and directed the film. The film began a limited release on September 25th of the year 2020.

Net Worth Of Aaron Sorkin

Aaron Sorkin is worth approximately 90 million dollars. His film, A Few Good Men, reportedly made about a 244million dollars at the box office, exceeding a 40million dollar production budget. He is one of the highest-paid screenwriters, earning nearly 4million dollars per script, reportedly making an additional 1million dollars if it gets turned into a film. He’s probably the most famous and critically acclaimed TV series is “The West Wing,” which ran on NBC from 1999 to 2006. Other Sorkin credits include “Moneyball,” “The Newsroom,” “Steve Jobs,” and “Sports Night.”