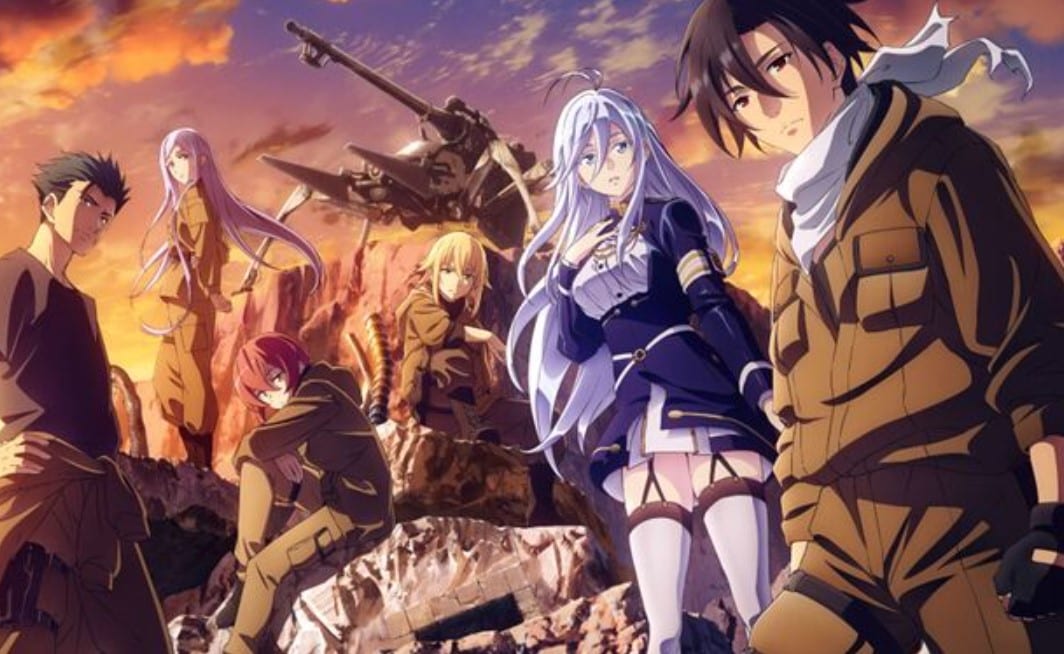 Lena talked about the para-RAID technology that got developed after doing human researches in the 86s. But Lena’s father feels guilty and commits suicide since his plans didn’t go accordingly. After that, Anneta and Lena had an argument that ends, and Lena decided to meet with her uncle.  Later, Lena met with her uncle and discussed Spearhead’s next special reconnaissance mission. Finally, Lena’s uncle explains the destruction of the 86s. One episode to conclude 86 EIGHTY-SIX let’s find how the war between the two brothers will end below.

Lena’s uncle said the extermination is good, and it will prevent the truth of their treatment from getting out to the public because the Republic would become a pariah state among the foreign nations. Lena realizes she cannot stop the upcoming war and head out to meet with Shin. Shin and Lena met, and Lena remembers that she has to say goodbye to Shin since the war is about to break. Shin talks with Lena about her brother Shourei, a Shepherd member.

Shin promised Lena that he would kill his brother and create chaos between the Legion. During the chaos and confusion between the Legion, it will be the best opportunity for Lena to leave the country without harm.  After few weeks, the day of the counterattack arrives, and the last members of Spearhead: Kureno, Sin, Raiden, Anju, Theoto, and, Kurena begin to clean the base before they head out for war. After finishing their chores, the warriors went out.

On the other side, Shin’s brother Shourei set on a journey to attacks the remaining members of Spearhead. Shourei is planning on betraying his side to protect his brother since he yearns to reunite with his brother. Shin is not aware that his brother wants to reunite him but fights with him. Lena worries about Shin and wonders if he will make it back alive.

She realizes that Shin is the only guy who is too close to her. The battle between blood brothers is about to begin. Meanwhile, the Spearhead clashed with the main Legion forces. Shin saw his brother and decided to take him out since he got filled with rage. Shin decided to fight with Shourei in a one-on-one battle.

However, Shourei’s Shepherd unit is more robust than Shin expects, and they begin to block his way.  Shourei’s men are well armored, and they being to attack Shin. Shin had a fierce battle, but he ended up getting hit by the Juggernaut that knocked him and gets unconscious. On the other side, Lena confronts Annette for the second time. Lena explains that she has discovered that Shin and Shourei are the neighbors Annette abandoned.

Annette got surprised since she can’t recall more about her past. She begins to feel guilty and realizes that there is something she can do to stop the war. Annette decided to o hack the Republic’s artillery system. After hacking the system, Lena manages to access the system with artillery support and begins with their plans to stop the war and save Shin. They managed to buy time for Shin by destroying the Legion forces. Lena works to hold Shourei until Shin regains consciousness.

After regaining consciousness, Shin battled with Shourei and defeated his brother. Shourei apologizes to Shin after regaining his sanity and realizes that his machine is about to explode.  After the Legion forces area and Shourei got pulverized, the Spearhead decides to continue attacking, sending the enemies towards the Republic’s borders to earn their freedom. Lena notices that Spearhead is leaving without her and decided to watch them as they travel out of the distance of the Para-RAID system and vanishes.