Former No. 1 tennis player in the world Billie Jean King

In the world of sports, there are many sportsmen who have created a long-lasting impression on us. These are the players who have made their name in the world through sheer determination and long hours of training. One such player is Billie Jean King, who, in her early years, was regarded as the number one tennis player in the world. Every sports head out there must have known about her and her legendary career.  She is still an ardent supporter of diversity, inclusiveness, and equality today, both on and off the court, according to the “Billie Jean King Leadership” Initiative.

Who is Billie Jean King?

Former No. 1 tennis player in the world, Billie Jean King, is an American. Women’s doubles (16), mixed doubles (11), and singles (12) were among King’s 39 major victories. In 7 Federation Championships and nine Wightman Cups, King was a part of the United States squad that prevailed. She served as the Federation Cup captain for the United States for three years. 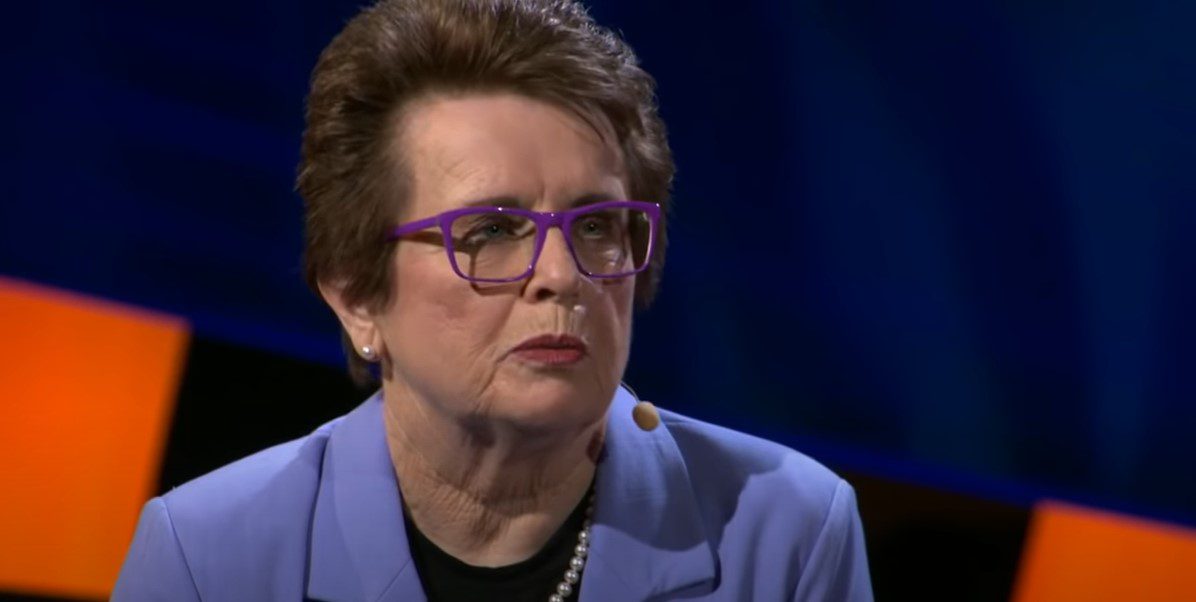 King has long been a leader in the fight for social justice and equality, and he is a proponent of gender equality.  In 1973, when she was 29 years old, she defeated Bobby Riggs, who was 55 years old, in the tennis “Battle of the Sexes.”  In addition, King founded the Women’s Sports Foundation and the Women’s Tennis Association. She had a key role in convincing the tobacco business Virginia Slims to support women’s sports in the 1970s, and she later served on the board of Philip Morris, the parent company, in the early 2000s.

Billie was born on November 22, 1943, in Long Beach, California, the city where she grew up. Later this year, in November, Billie will commemorate the occasion of her 78th birthday. She resided in Long Beach with her parents, brother, and most of her younger years. She began attending school in Long Beach; however, specifics about the primary school she attended are unknown. King graduated from Long Beach Polytechnic High. She was enrolled in Los Angeles State College, now known as the State University of California, Los Angeles, following her 1961 graduation.

Billie Jean King With her Trophy

When Billie Jean King started participating in sports events in 1959, she started working with new trainers such as Alice Marble, who’d already won 18 Grand Slam championships as a player herself, and Frank Brennan. Therefore at the 1959 U.S. Championships, she played her first Grand Slam event at the age of 15. She suffered a first-round defeat. She started competing in tennis competitions held locally, regionally, and internationally. She was listed as “one of the most talented youths on the West Coast” in Sports Illustrated, which published the claim in issue 164.

Billie Jean King is expected to have a net worth of approximately $20 million. King, who is widely regarded as one of the all-time best tennis players, was elected into the “Tennis Hall of Fame” in 1987. She received the Fed Cup Excellence Award in 2010. She shared the Centerfold “Sportsman of the Year” trophy in 1972 with John Wooden, and she was listed among the Time People of the Year in 1975.

Additionally, she has been honored with the Sunday Times Female Athlete of the Year award for lifetime achievement and the “Presidential Medal of Freedom”. In 2006, Billie Jean King Women’s Tennis Center in Nyc was renamed in her honor. She was elected into the National Hall of Fame for Women in 1990.

King amassed a career prize fund of US$1,966,487 while winning 129 singles championships, 78 among which were WTA titles. She was the recipient of the “BBC Sports Personality of the Year” Award for Lifetime Achievement in 2018. The Federation Trophy was changed to the “Billie Jean King Cup” in her honor in 2020. She received a Legion of Honor medal from France in 2022.