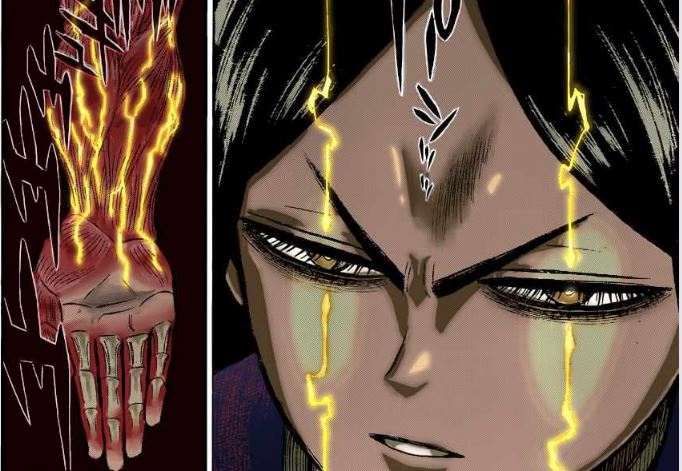 Black Clover Chapter 339 spoilers revealed Asta’s new power-up, pretty much-confirming things like Anti-Magic, Anti-Magic Zone, Anti-Magic Skin, and everything that Magic and Knights can create based on Mana. Because all of those techniques are based on unconscious manipulation of Ki that people use to manipulate Mana, which creates magic. Magic is manipulated by Mana and Mana is manipulated by using Ki. So, Asta can perform any magic unspecific techniques based on Mana with his own anti-magic.

As Yuki Tabata has clearly shown in this Black Clover Chapter 339, Asta might even use anti-magic spells.

Black Clover Chapter 339 starts second after the end of the last chapter with Yami’s sister Ichiga grabbing Asta by the face like Yami always does, clearly showing that they are related. They literally have the same personality. Asta confirmed that Yami never mentioned that he has a little sister, this may sound obvious at first glance but it’s definitely not. Yami has never mentioned that there is a Vice-captain or other Black Bull members and just remember how casually Asta revealed that he knew Henry was around all along.

So yes this confirmation is definitely important because it could be relevant that Yami never talked about his family. What is the reason behind that? He may not even know that he has a sister. Or he might be banished by his family. So many questions arrive when we think about why he has never mentioned his family. We know that he referred to himself and his folks as fishermen, by folks he could have meant the people he lived with, who may is not related to him if assume that he had problems with his real family. This might be why he had to grow up as a fisherman outside the Yami clan. 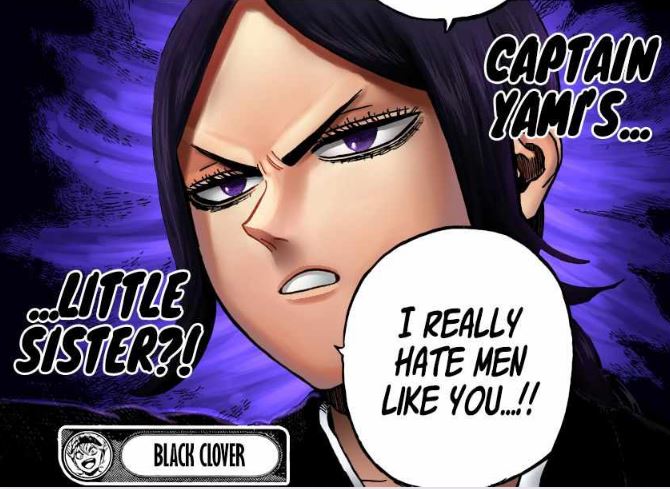 Asta suddenly gets a lot of attention from the citizens of the Land of the Rising Sun, this is not necessarily because he has a double arm at least not mainly, but simply because they see him physically as a foreigner.  They don’t know anything like him in the Land of Rising Sun, They even wondered about the color of his hair. Basically, they understand that Asta is not from this country. And this clearly shows that such a thing does not happen that often maybe even never.

Asta could be the first person from outside the country in many years maybe even for generations. There must be a reason why this country is so isolated. You can see that the people of the country are nervous, the even whispers behind the back of Asta and take postures as if they are afraid. We can see their sweaty expressions when people in Anime and Manga when are nervous or afraid of something.

From this, we can clearly deduce that the Land of the Rising Sun has definitely had a bad experience with foreigners. Could be they were once at war with foreigners or simply that they are so isolated that they are afraid of everything that is different from themselves.

We even see Ryu noticing this sentiment among the population, we should definitely keep an eye on how this aspect develops in future chapters.

This scene then changes to a place where Liebe has been healed all along. It’s probably the same place where Asta woke up at the beginning of this Arc. Considering the fact that Liebe and Asta got separated and now got back together could be strange, why was that, what is the reason?

The whole sightseeing thing could have been done with Liebe and Asta together there because there is no absolute plot-relevant reason why it was handled this way unless Tabata didn’t want to introduce too many important characters from the Land of the Rising Sun at the same time.

The name of the new character is Mikuriya Fumito. Mikuriya is of course Japanese like all the other names in the LAnd of the Rising Sun. The news is also circulating dwindling all around the Subreddits and Twitter that Tamata drew himself as the new character and named him Mikuriya. And might be true that Mikuriya looks exactly the same as Tamata. 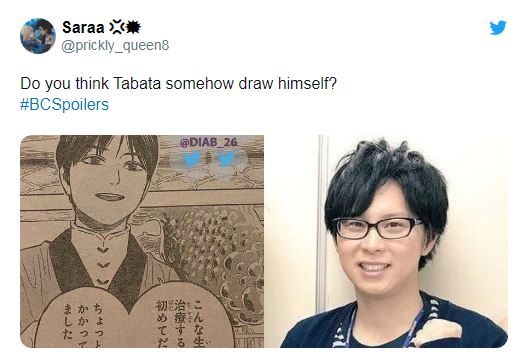 In this chapter, Fumito revealed that it took him so much longer with Libre because it is the first time he has medicated such a creature. By such a creature he means either he means a Devil or a creature who does not have magic.

There is an Anti-magic armor that can protect Asta from all kinds of magic. Theoretically, that would be an Antimagic skin that was strongly hinted at in this chapter.

There is the meal where once again the special no potatoes at the Heart Village are highlighted. The fact that Tabata once mentioned these special potatoes is fine but he now mentioned them again, clearly shows us that something about the Land of the Rising Sun is not as seems.

It was explained that these potatoes only grow in the Land of Hage, but now they are seen in the Land of the Rising Sun which is believed to be so far away from the continent of the Four KIngdom that no one can race it without help, not even Asta who can use his anti-magic to fly at insane speeds. There are only a few possibilities, either the Land of the Rising Sun is not real and it’s all an illusion. So, either this is the afterlife, where Asta will train to return stronger than ever. And these potatoes are just a reflection of his mind.

Asta again asked to be returned to the Clover Kingdom and this time he panics a bit because he doesn’t think he can get any stronger in the short time. Suddenly, he was slapped by Ichika who basically tells him to shut up and follow her. Because she wants to show him something she takes him to the backyard where we see a pile of Bamboo sticks. Ichika wants to show Asta a new technique. Asta then gets confused and tells her that he has no magic. So what could they teach him? The answer is the concentration and sense of Ki. Not just feeling where the Ki is but how it feels but seeing the Ki itself.

The way Asta uses his Ki is primitive. This lesson with Ichika will change everything. It was then revealed that Ki is the flow of vital energy that everyone unconsciously manipulates to control Mana and then create Magic.