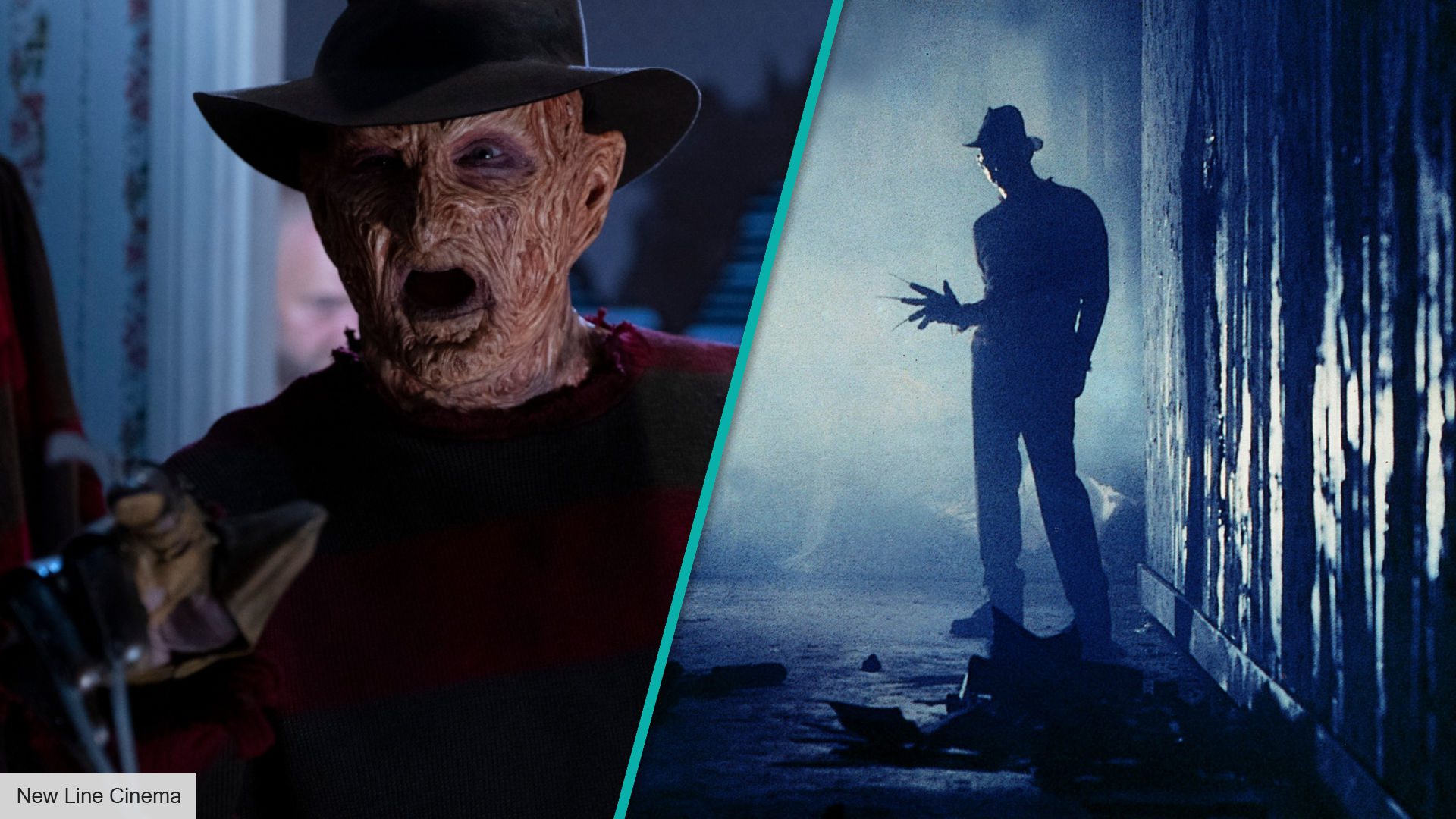 In 1984, Freddy Krueger made his debut, and the first gory, disobeying death scene had us connected. We recognized The Springwood Slasher right away as the stuff that nightmares are created of. A Nightmare on Elm Street was actually inspired by a horrifying real story, which many of us were unaware of.

Direct quote from Wes Craven: “I’d find a story in the ‘L.A. Times’ about a young boy who was experiencing very unsettling nightmares. He explained to his mom and dad that he attempted to remain awake for several days at a time out of fear that the thing pursuing him would catch him if he fell asleep. They awoke in the middle of the night to screams after he ultimately went to sleep. He had passed away by the time they arrived at him. He passed away while undergoing a nightmare. A young child was witnessing evilness that everyone else his age was rejecting. That phrase was used as the movie’s tagline. 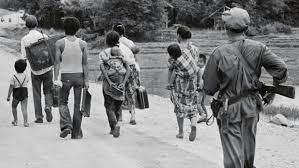 We could have simply interpreted Craven’s attempt to frighten us with this comment. But as it turned out, he wasn’t telling the truth. In the 1980s, young men seeking asylum in America began mysteriously passing away in their sleep. A very particular group of individuals were impacted by the events that served as the basis for A Nightmare on Elm Street, just like the characters in Springwood. A small percentage of men who had escaped to America after the Vietnam War were the ones who were dying.

They belonged to the Southeast Asian Hmong ethnic group, and if it weren’t so frequently happening, their mysterious deaths in the midst of nightmares might have gone unnoticed.

13 Hmong males, all of whom were young teens or young adults, had mysteriously passed away in the middle of bad dreams since 1978, according to a Los Angeles Post article from 1981. After a frightening wartime experience, they had already been facing poverty and hunger. But the force that was their greatest foe is still a mystery to us. At first glance, a little over a dozen fatalities in 3 years may not seem like a lot. Sure, it would sound right if Wes Craven claimed that a mundane tale served as the inspiration for A Nightmare on Elm Street. However, these events were anything but common, as Dr. Larry Lewman mentioned during the period.

Each year, teenage people do die suddenly and mysteriously. Maybe 4, 5, or 6 people per million people. But in Portland, 4 out of 2 Thousand is seriously out of control at times.
The individual who started out to investigate what was happening was Dr. Lewman. In this phase, he learned that the same ethnic group was experiencing these mysterious nighttime deaths throughout America. The former wife of one of the victim’s families claimed that such fatalities were unheard of in their village. 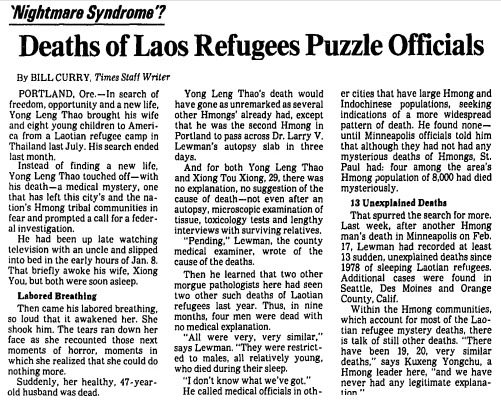 Article about the medical mystery

The men’s night terrors didn’t start until they arrived in America. Their spouses were abruptly awakened by the sound of their sleep-related respirations. Mysteriously, bad dreams took over their thoughts. They were sound young men when they went off to sleep. However, they never came back. We still don’t have a whole lot of clarification, even presently.

What Was The Death Origin?

It makes good sense that multiple theories were put forth as it was the horrible reality that served as the inspiration for A Nightmare on Elm Street. Recall how the families of the Springwood family fought to rationally explain what’s been occurring to Freddy’s victims. The explanations put forth for the passings of these youthful, healthy men vary from the improbable to the paranormal. In addition to the 13 deaths that Dr. Lewman recorded, a Hmong leader in Los Angeles asserted that the same ethnic group had experienced 19 or 20 additional mysterious nighttime deaths. 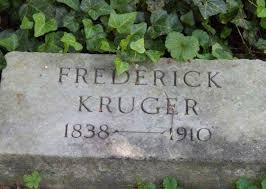 One explanation for the causalities was that the persons had come into contact with a chemical drug while the conflict was in progress. But if that were the case, why did it just affect men? Why it killed those only at bedtime? And why did it take 4 years to put them to death? This, according to Dr. Lewman, “just doesn’t make sense.”

Distinct information about just how Krueger has terrorized communities and murdered children from the afterlife can be found in Phariss’ version of the folklore.

Several families reported that their kids would awake in the middle of the night from night terrors believing that a burned and scary old man with talons was attempting to annihilate them and were unable to go to sleep, according to Phariss’ post.

“But briefly after his execution, a sequence of unusual deaths happened engaging young teens & kids while they were falling asleep in their beds,” claims Phariss’ comment. It goes on to say that “Lightning Creek and Old Allure, Oklahoma have since turned into ghost towns where all inhabitants have long since left out of fear that they were terrorized by His devil.”