Laying in the heart of California is a flamboyant mansion that became a famous tourist destination after Houdini christened it. As the legend goes, the house was built without a blueprint. As the tale amongst the carpenters goes, the lady of the house would retreat every day into the privacy of her room, where she would commune with spirits to guide her to build the mansion.

The Winchester Mystery House had its foundations laid in 1884, in which the heiress to one of the largest rifle manufacturing companies had devised to be a puzzle house. People speak of secret passages, skylights upon the floors, trap doors, spider-webbed window panes, and staircases that roundabout themselves.

The house of oddities is said to harbor some of the craziest doorways, with doors leading to blank walls to a steep two-story fall to the viridescent yard below. This Alice In Wonderland-like home was built to keep in ghosts. Ghosts of men and women who were victimized by a very specific kind of arms. The place is the most visited tourist destination in all of San Jose. Built-in Queen Anne Style Victorian, the mansion has attained a place on the National Register of Historic Places. So what is this spooky countryside house, and why is it so special?

Also Read: Lead Mask Case: All About the Spooky Incident

The endless labyrinth is stationed at 525 South Winchester Blvd. Sarah Winchester’s house, as it was previously called, was designed and constructed by the wife of the late William Wirt Winchester. William was heir to the famed Winchester Repeating Arms Company. The noble inheritor’s wife was of noble bearing as well. Sarah, born in 1840, grew up in a life of luxury and privileged comfort. She was extremely educated, having mastered four different languages, had the finest education schools could offer, and was married off to the wealthy descendant whom she dearly loved.

Their daughter, Annie, became the living epitome of the adoration the couple had for each other. But the happiness would not last long, and soon their young child rested in peace when Sarah was in her late twenties. The tragedy shook the tiny family to its core. And by the end of the next decade, William died of tuberculosis in the year 1881. Leaving behind Sarah, now a widow. 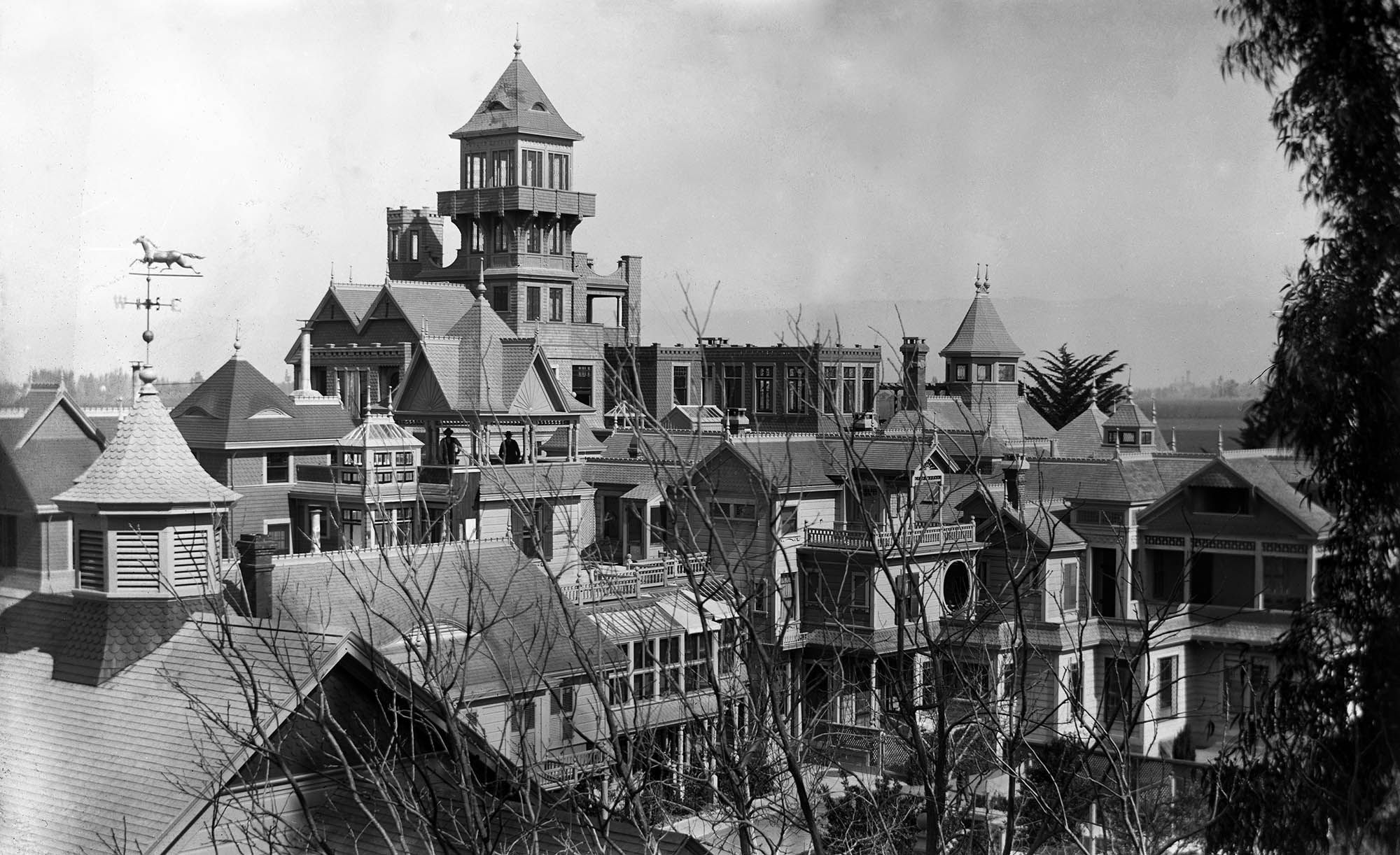 This made Sarah Winchester the new heiress to the rifles company with a whopping 50% of the ownership and inheritance of $20.5 million, which would have equated to more than $600 million today. Her properties were also granting her an income of $1000 per day (equating to $30,000 today).

Some say during the profound sorrow she endured in those lonely days, she met a medium to whose antics the mansion could be accredited. Sarah supposedly went to the medium for advice on spending her new fortune and to search for a purpose for the long years to come. It was said the medium channeled the spirit of her late husband during a séance, in which he asked her to leave New Haven of Connecticut and move over to the west of California.

The dead man also told her to build a house to appease the specters of all those fallen to the Winchester rifles, which would otherwise torment her till her death. Upon hearing those words, the lady left for California as soon as she could and purchased a semi-built farmhouse in 1886. Both to escape the demons in her mind and the demons around. The Santa Clara Valley house was set in motion to be turned into a summer home for ghosts.

The mansion was made of redwood as per Sarah’s instructions but was faux-grained and then stained because she did not like the look of it. This reportedly cost about 78,000 liters of paint to cover all the wood in the house. A floating foundation was built for the structure, which allowed the building to shift freely within its mouth instead of being fixed into place with bricks. Like a physic vision, the weird foundation system saved the house from collapsing onto itself during the earthquakes in 1906 and 1989.

The construction had a total of 161 rooms, of which were 40 bedrooms and 2 ballrooms. It had 2 basements, 3 elevators with hydraulic pistons, 17 chimneys, 47 hearths, 52 skylights, and over ten thousand window panes. During the time of its conception, the property was 162 acres in size, but as centuries passed, it was reduced to less than 4.5 acres.

The most modern equipment was installed in the building with gas lights, plumbing, and steam air heating. It was stylized with silver and gold chandeliers and parquet floors. Like a structure out of a fairytale book, the mansion caught the eye of everyone who passed by. Eschewing architects were brought in after the earthquakes to reduce the building’s height from seven stories to four stories to negate future demolitions.

When Weird Gets Weirder

As daunting as the claim that the house was built to appease the ghosts of the deceased sounds, some had made more notorious claims. They say that this architectural oddity was built as a tribute to the enigmatic English philosopher Francis Bacon. They say there are clues of her enamor scattered all over the ballrooms and that everything from the Shakespearean windows to the iron gates screams of her associations with the Freemasons and the Rosicrucians.

Like in the fascinating horror movie “Winchester” of 2018 that featured Helen Mirren as Sarah Winchester, the real lady was also presumed to be mad. Historian Janan Boehme says that the act of continuous reforms being done to the building was Sarah’s attempt to reconcile with the memories of the happy times she spent with her husband William in New Haven. The insides of the acclaimed horror house

She was said to have been assisted by 18 gardeners and 18 servants throughout her life in the mansion, where she had a room allotted to perform magic. She would retreat into the room to cast a séance in the evenings. Another notable oddity was her morbid obsession with 13. The house had windows and ceilings, each with 13 panes. All staircases had 13 steps. She structured her will to possess 13 parts, each she signed accounting for 13. The pièce de resistance was the 13th bathroom which had 13 windows.

It is said that the Pacific American Decorative Company and the famous Louis Comfort Tiffany had a lot to do with the rendering of the designs of the architecture. Looks like all mysteries of the Winchester Mystery House will be taken by Sarah to her grave.