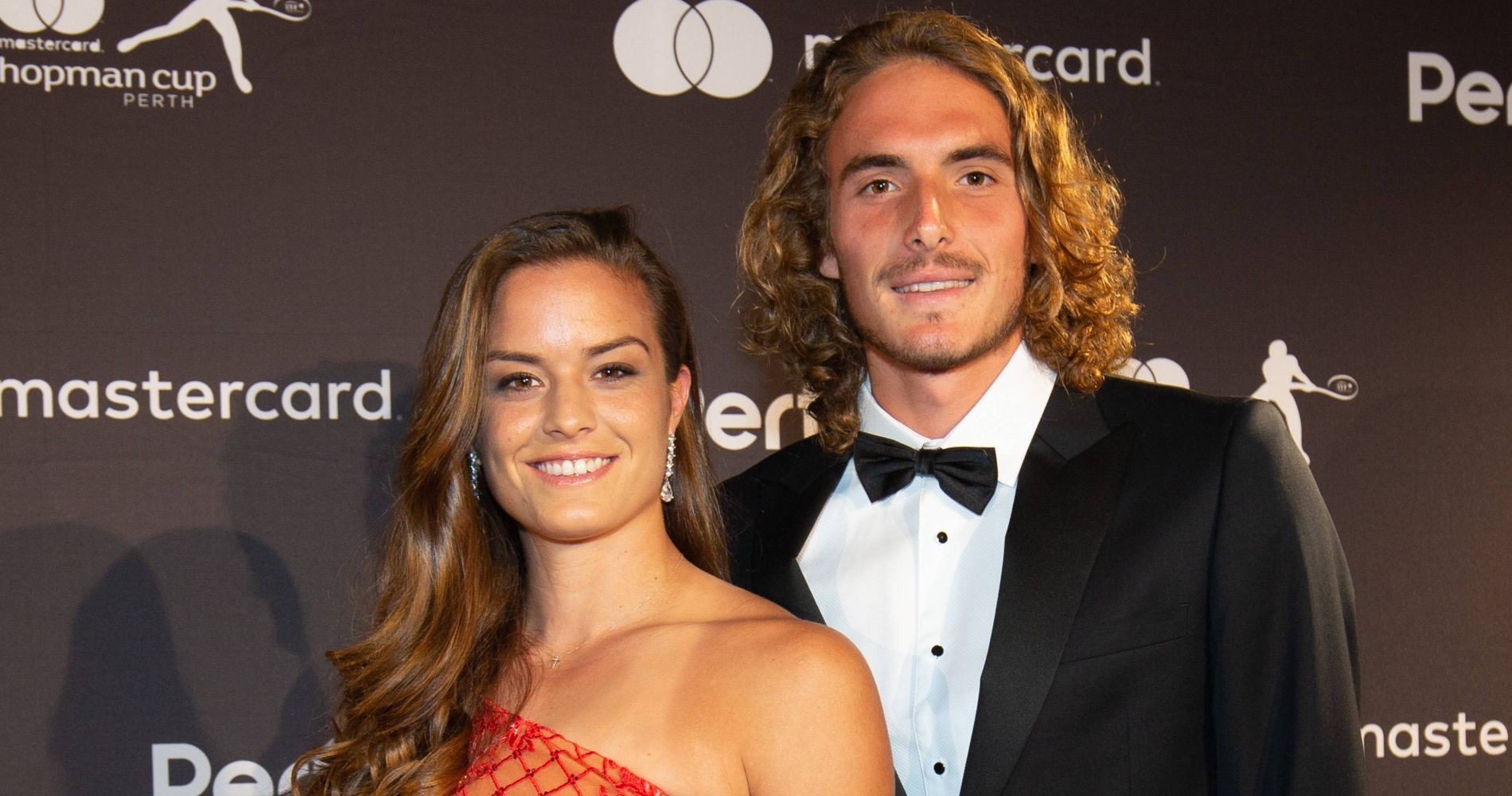 Did Stefanos Tsitsipas Get Married? Tennis player Stefanos Tsitsipas has been making quite a name for himself on the tennis court as he has been ranked as high as world No. 3 by the Association of Tennis Professionals. This impressive ranking has made him the highest-ranked Greek player in history. Not to forget, Tsitsipas is also the champion at the ATL Finals in 2019. With his win, he became the youngest winner of the year-end championships in eighteen years.

Apart from a thriving career on the tennis court, the star likes to keep his personal life away from the limelight. Recently, he confirmed his relationship on social media and fans and followers have got a rare glimpse into his personal life. With a string of pictures of what seems to be a romantic gateway, the two seemed all happy while away on a trip. Let us take a look at all the details and lesser-known facts about whether Stefanos Tsitsipas Get Married or not.

Did Stefanos Tsitsipas Get Married With His Long-Time Girlfriend?

Stefanos Tsitsipas is not yet married to Theodora Petalas, however, the two have been dating for a while now. Theodora was born in Greece but now resides in London and reportedly works as a junior strategist for a branding and marketing agency.  Petalas earlier lived in New York City where she studied at NYU. Theodora has an impressive background as she graduated with a bachelor of arts and a master of science specialising in project management and technology. 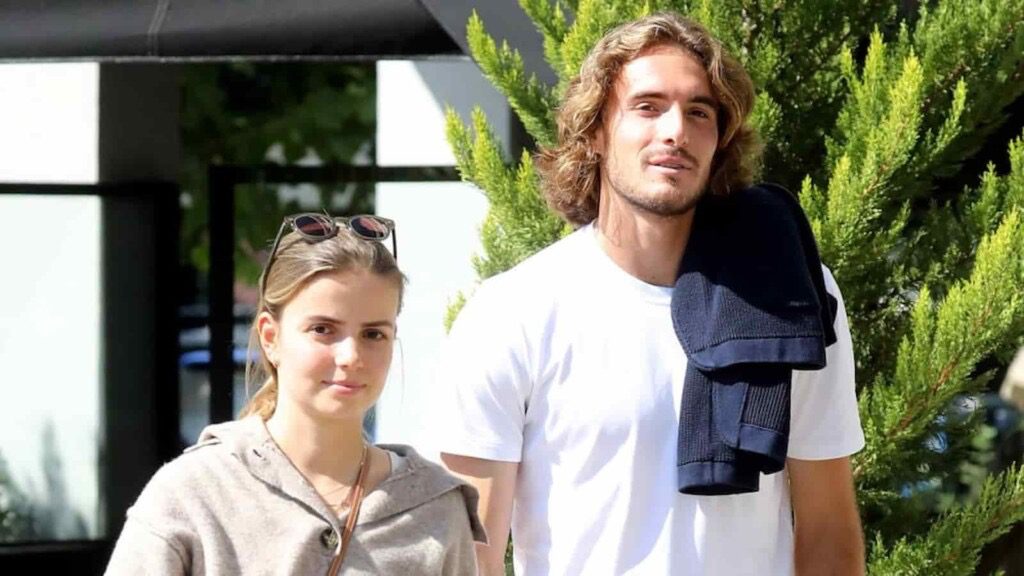 Did Stefanos Tsitsipas Get Married With His Long-Time Girlfriend?

She has spend a fair share amount of time in the fashion industry back in 2015, where she worked as a sales intern for a London-based fashion house, Mary Katrantzou. The tennis star was earlier romantically linked with Maria Sakkari.  The two have known each other since childhood and their bond had strengthened on-off court as well. However, those rumours soon fizzled out.

Stefanos Tsitsipas Opens up About His Relationship!

The tennis star has gushed about his relationship as he admitted that he took an instant liking for Petalas from the moment he met her. He went on to say how he liked her very much, but was shy then and did not express his feelings. Later, Stefanos admittedly mustered up the courage and two years ago, again in New York, asked Theodora out on a date. The tennis star recalled how he asked her to go to Brooklyn to snap some photos and thought she liked that as he did took a few photos, and added that to this day those photos are his favourites.

Fancy a cuppa and a snog? @Wimbledon pic.twitter.com/QfDrFOWvju

Stefanos admitted that the long-distance can be a little difficult for them but thankfully it hasn’t brought them to extremes. He added that Theodora often comes to tournaments to support him and they spend some time together. Stefano further called his ladylove his best friend as they talk every day, for two or three years now. He also revealed at the time that Petalas plays tennis too as Stefanos admitted that when he plays tennis with her, it is his favourite moment on the court as it brings a huge smile to his face. The tennis star had recently uploaded a few mushy pictures with his ladylove on Instagram.

Tsitsipas and Kyrgios might have feuded as Stefanos has recently called Nick out as a bully and suggested that the tour should act to stop his on-court antics. He further added that Nick does constant bullying and was probably a bully at school himself. He further admitted that he doesn’t like people that put other people down. 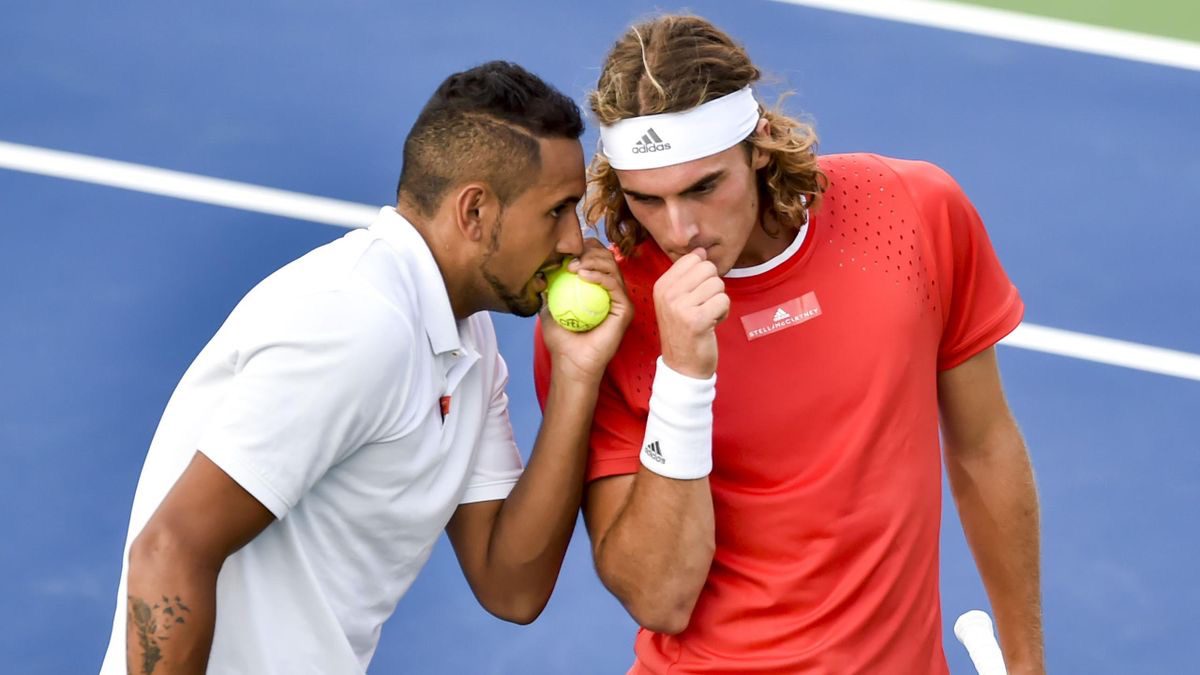 Stefanos stated that while Nick has some good traits in his character, he also does have a very evil side to him. Nick has responded to the statements and stated that he feels like Stefanos is making that match about him while further claiming that he has got some serious issues while denying any of the allegations made by his opponent.