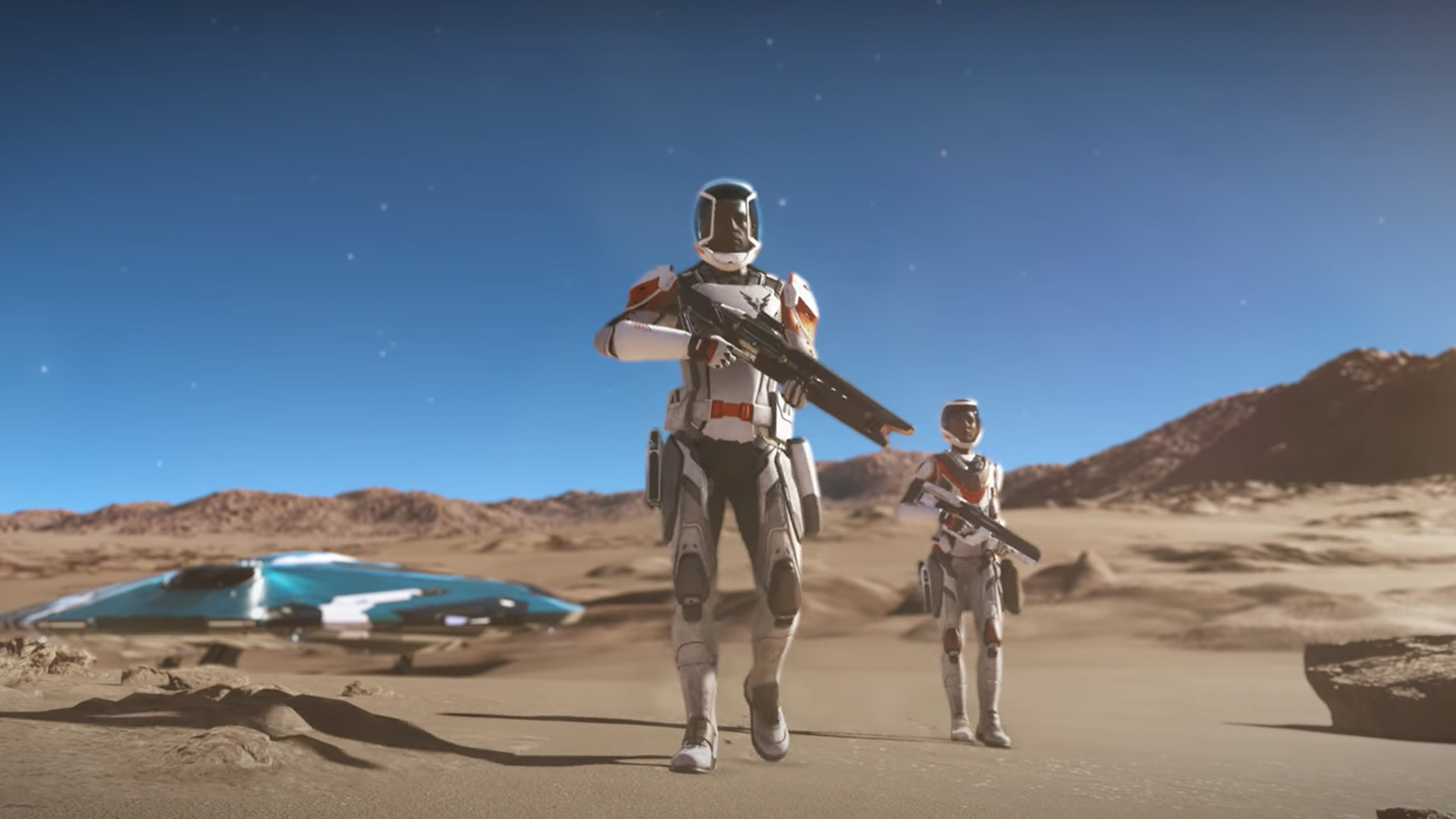 Elite Dangerous, the open-world spaceflight simulation MMORPG, has a new expansion coming out soon. Called Odyssey, it adds the ability to venture out onto space stations and planets on foot, adding an entirely new level of interaction to the game. Developers Frontier Developments announced it in June 2020, with a release scheduled for Q1 2021. However, a recent communication says the release date may be delayed even further. This has come as a bit of a disappointment, as this expansion has been eagerly awaited by the players and fans.

Elite Dangerous is one of the oldest game franchises still going strong. With the first game coming out in 1984, the current installment is the only massively-multiplayer version. The base game features a 1:1 scaled model of the entire Milky Way Galaxy, open to players to explore. Besides exploration, players are free to engage in a large variety of activities: trade, transport NPCs, participate in background politics, mine for resources, hunt pirates, or engage other players and NPCs as pirates themselves. This was only capable from within spaceships until the release of the Horizons expansions in 2015. It allowed players to land on planets without atmospheres and travel in small surface buggies. They could now mine, access planetary ports, and complete planet-side missions. 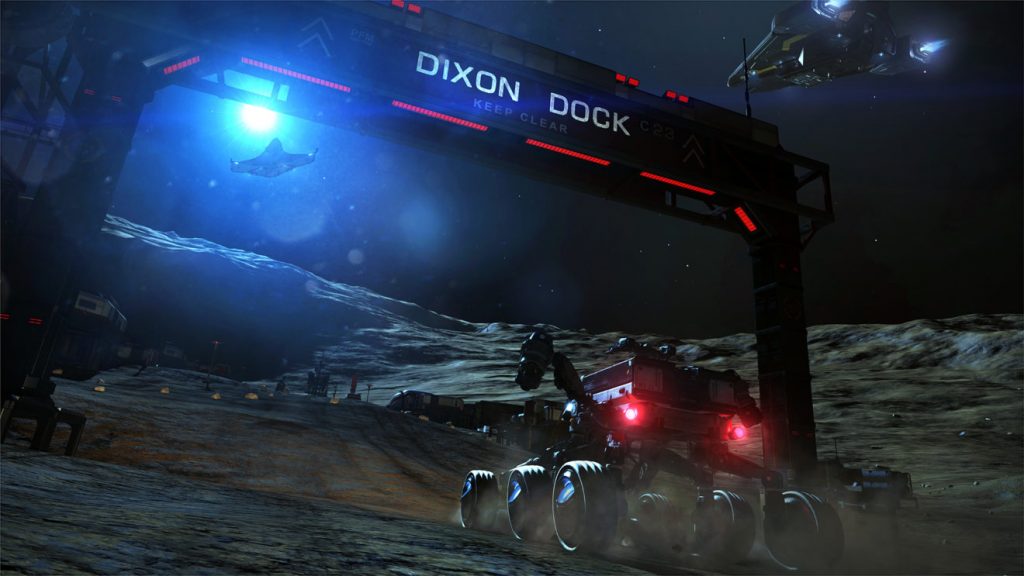 Players moved around in Surface Recon Vehicles. This one is the quintessential Scarab.

Critics have favorably received this game, with it earning a score of 80/100 on Metacritic. It’s not hard to see why. With how it does its physics, Elite Dangerous is one of the most immersive space sims out there. Some of the sights and space phenomena recreated within the game are visually stunning. It’s also known to be quite terrifying to play on VR.

What is Odyssey expected to bring?

This expansion aims to bring the player out of their spaceships and recon vehicles. They will be able to explore the many space stations and settlements across the galaxy on foot, albeit out of VR. The first in-game footage was displayed at the 2020 Game Awards. Have a look at it below!

Props on the song choice! The trailer actually tells us a great deal about what we can expect from this expansion. Most notably the opportunity to actually leave the ship and traverse the planetary surface. (Makes one wonder what happens on high-G planets!) We also see a great deal of first-person combat, with updated armor types, different kinds of weapons, and more. It also appears to be both open-air and indoors, which opens up possibilities for many different kinds of quests. Player avatars are shown walking around a planetary settlement of some kind. They are also shown inside a building shown to be within an orbital station of some kind–both in and out of armor. Note the ‘In-game Footage’ stamp at the bottom throughout the trailer!

We know that players will be able to find work, complete missions (combat and otherwise), buy items from shops, and interact with other players in these stations throughout the Galaxy. This will be a huge step forward from previous modes of interaction, which were limited to chat and viewing others’ ships pass by. It’s easy to see why players were eager to explore the possibilities of this new expansion. There’s always been a special significance to setting foot on an alien world. 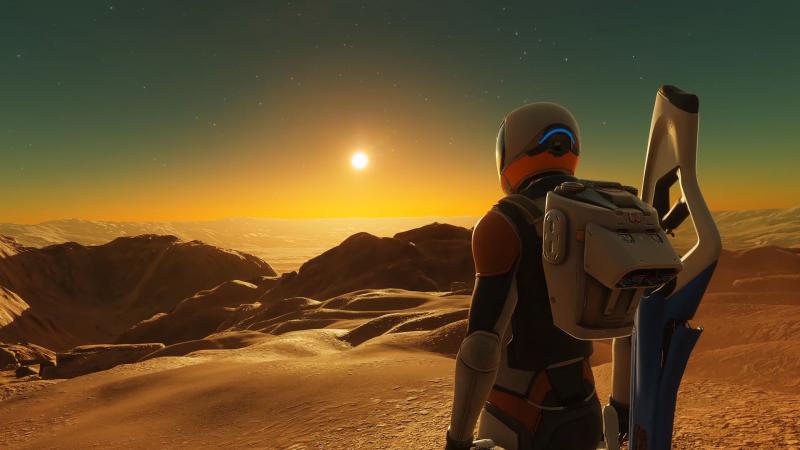 The biggest leap yet.

Initially announced for late 2020, pandemic-related difficulties prompted Frontier to push release to the first quarter of 2021. This can be seen in the trailer above. On 13th January 2021, however, Frontier released an announcement with news of further delays, pushing the PC release of Odyssey to late Spring 2021 and the PlayStation4 and XBOX One versions to Autumn 2021. Elite Dangerous Odyssey Deluxe Alpha and Lifetime Expansion Pass holders will be able to access the Alpha build as soon as early Spring 2021. Until then, it is still available for pre-order on Steam and on the Elite Dangerous website.

It seems, however, that the wait will be worth it. Commanders will be able to disembark and explore this new frontier very soon.