Fleishman Is In Trouble Episode 5 release date is here. But before we reveal the date and time for the upcoming episode, here is everything you need to know about the show. The series debuted on 17 November 2022. The divorce between hepatologist Toby, a 41-year man, and his wife Rachel, a well-known talent agent in New York, is tumultuous.

She departs one day while Toby is still sleeping, leaving their children Hannah, 11, and Solly, 9, in Toby’s residence. She doesn’t return his calls or texts over the following weeks. The story is told by Libby, a former men’s magazine writer, and Toby’s college friend, and it covers their lives during this time, as well as the events that led to the breakdown of their 14-year marriage. It also contains reflections on Libby’s own life.

Fleishman Is In Trouble Episode 4: Recap

We hear about Toby’s hunch that his ex-wife Rachel was out and about with Sam Rothberg at the conclusion of the last episode. She once characterized Sam as her “free pass,” and he thinks back to that occasion, which sets Toby’s head spinning. The episode classifies his emotional condition using Kubler-Ross’s stages of mourning while also incorporating a few own.

These are Toby’s “Stages of Realizing Your Missing Wife Was In The Park Napping And Sam Rothberg”! Toby experiences a shock about not comprehending Rachel’s interest in this affluent man during his initial shock phase. Toby tries to ignore the commotion, but he is unable to handle the tension that comes with it. But he succeeds poorly because his mind always pulls him back to dwelling on his suffering and Rachel’s treachery. With Libby, Toby shares his swirling thoughts. He admits that he knows absolutely nothing about Sam and Rachel’s romance. He thinks back to their visit to the Rothbergs’ home and looks for any signs of the two of their souls’ sparks. Toby then moves on to the next stage of masturbation since he can no longer stand the notion of it. He dashes from his current flat to the one he once lived with Rachel. He recognizes the woman he masturbates to when he sees her on the street. He is repulsed by the pitiful situation into which he has fallen.

Toby receives a call informing him of a medical emergency just as he is attempting to up the confidence to meet Rachel while standing at the door. He immediately makes his way to a woman who requires a liver transplant. He shares the diagnosis with her spouse while evoking empathy for his trying situation. He wanted to address his ex-wife but was stopped from doing so by the urgent situation. Given that the designated doctor’s daughter is expecting a baby, he moves determinedly toward the direction of the exit in case another emergency arises. His determination to confront swiftly crumbles as his task now doesn’t seem as pressing. After that procedure, he is, nevertheless, at a loss as to why he should not face Rachel. He immediately makes his way to their home and knocks on the door, but nobody answers. He decides to use his set of keys to unlock the door out of impatience since he cannot handle another moment of simmering rage.

He looks at items Rachel has always said she detested or didn’t enjoy. She shouldn’t have anything she despises. What else, a new partner? He fantasizes that she and Sam are having sex on the bed and in practically every other room as he muses about the changes. That destroys his pleasant recollections of this home, where he had planned to live out the rest of his days with his wife and children.

He grabs the toaster from the flat and storms out of the building in a fit of rage. In order to discuss the arrangement with Rachel to assume exclusive custody of the children, he calls his attorney. He was distraught when Rachel dumped their kids on him just a few days ago, so it’s funny to see him pushing for extra time with their kids now.

The lawyer can only meet him a few hours later despite the lawyer insisting on the urgency of his ostensibly serious requirements. He makes a choice to go to a bookshop to pass the time. He selects a novel that, coincidentally or perhaps purposefully, demonizes a lady similar to Rachel and feels sorry for the male protagonist. He exits the store and immediately makes his way to the lawyer’s office after quickly realizing the out-of-date viewpoints expressed in the book by the staircase of another client.

She informs him that while Rachel has broken the custody arrangement, he has less authority to change it because he is the husband. He learns what it’s like to be the wife in a marriage by being given obligations that he did not request. The humiliating seventh stage then follows. 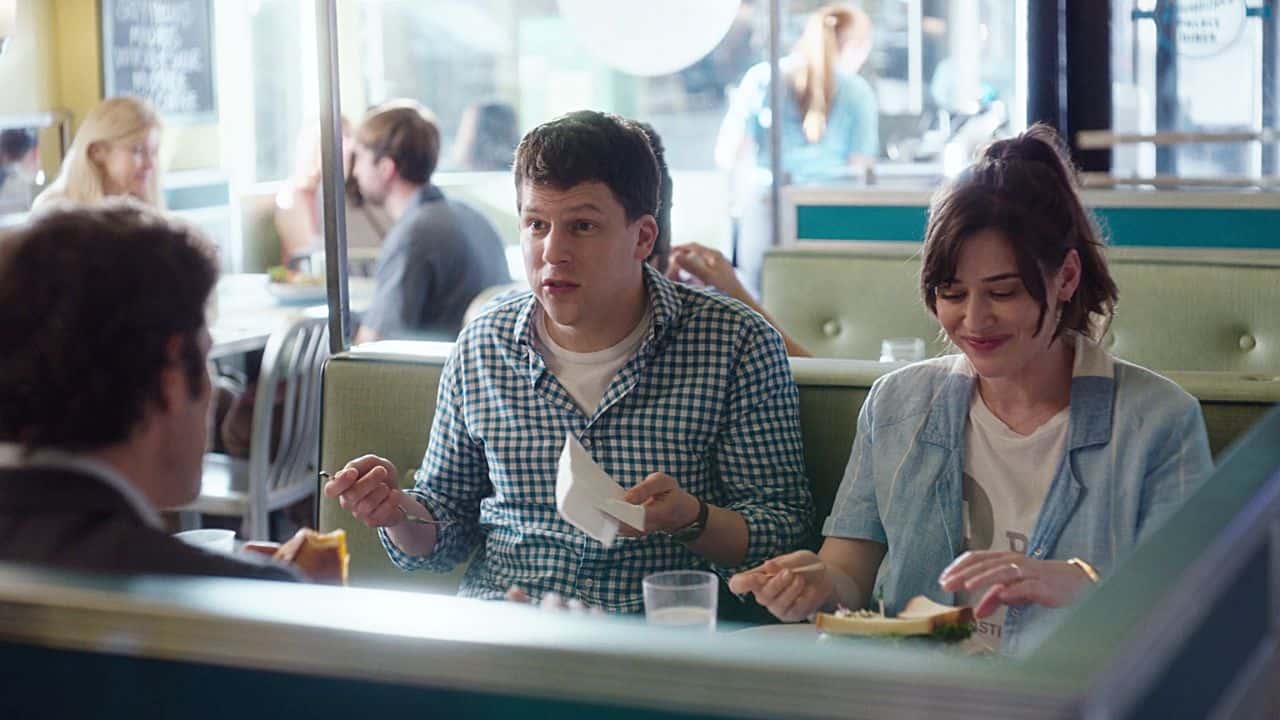 He visits a woman at her home who says she wants to have sex with him. After having sex, he accepts her invitation and stays the night at her house rather than feeling lonely at his apartment.

He finds out the next day that it was not intended to be romantic in any manner for her, and he is saddened because he sees them both as being in a relationship. He exits her home while still clutching his outdated toaster and vents his rage on a passing man in the park for a trivial offense. Then, realizing the need for a vent for his rage, he phones Libby.

Libby extends an invitation to visit her home outside of the city even though she has plans to go swimming with her family. Toby enters the room carrying a toaster, and while observing the kids’ commotion and haste, he tells her about the recent change in his life. She pays close attention to it, delaying the family excursion to Adam’s annoyance. Toby follows them to the pool, and once more, she is content to abandon the family’s intention to comfort him emotionally.

Although it appears that she is merely doing it out of concern, she actually has another goal in mind. Toby makes her think back to the days when she thought she still had promise, as opposed to the present, when other parent friends are constantly reminding her of her age and physical appearance. She is attempting to live in the past via it.

Toby, however, yells at her to let him leave alone and not follow him after all on a whim. He comes to the realization that she makes him think of the picture of a content family, which he can no longer stand. 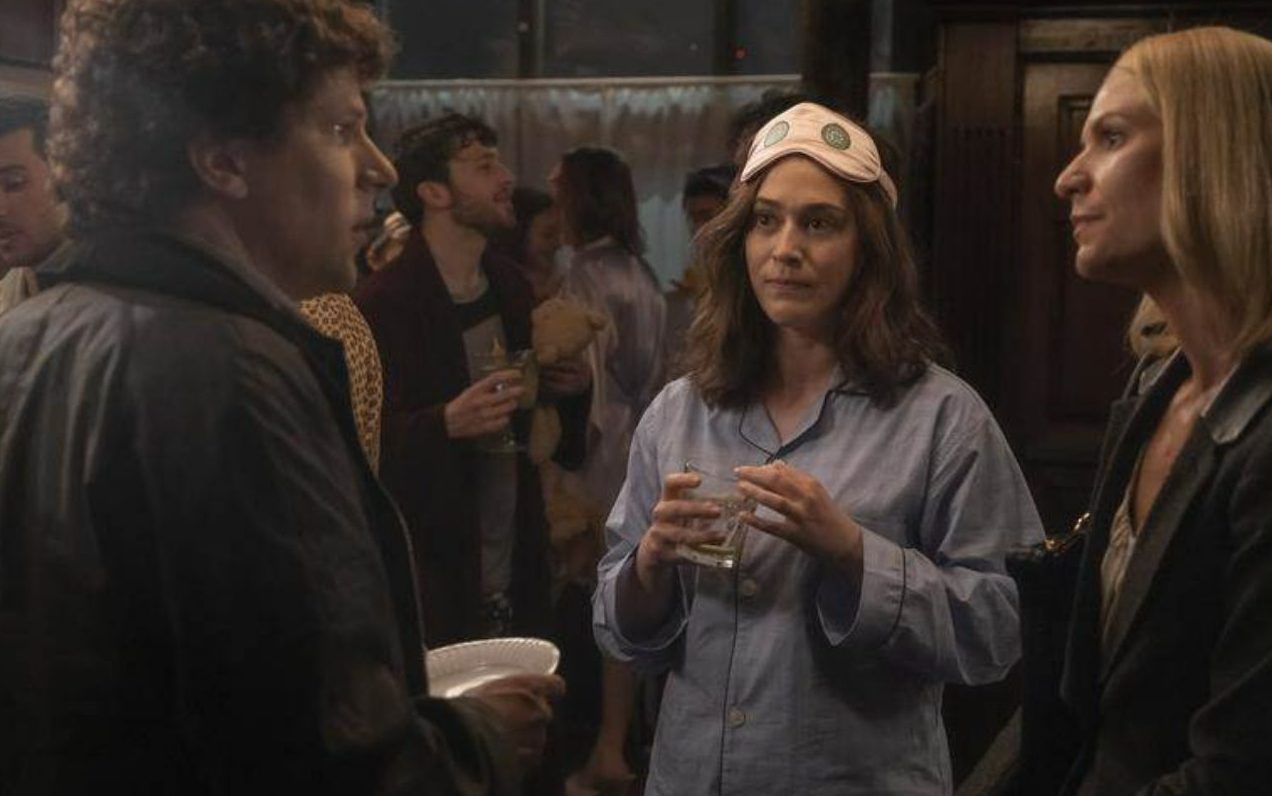 Then he remembers an incident that happened during the early days of their divorce before they had actually split. Toby is disturbed when Rachel brings up the idea of having more children since she already has too much on her plate with her work obligations. She argues that her employment is important to pay the children’s tuition.

But Toby is more bothered than anybody else by the idea of her having agency. When he meets Seth, who is out with his brand-new fiancée, Seth will be able to provide him with free entry to a number of places. He admits to losing his work and keeping it a secret from her while she is not at the table.

Toby understands that the environment is full of individuals like Sam Rothberg, who are able to enjoy all they choose, but he is restricted from doing so because of who he is. As he retreats to the comfort of his house, the hospital calls to inform him of an emergency. It turns out to be a lifeline for him instead of a horrible night.

They unexpectedly get a liver for the patient before the transplant procedure. When he first sees the patient, her companion presents a picture of her taken just before going to the hospital. In contrast to the photos that depict her as a free spirit in Vegas, he had imagined her as a serious academic. He finds it inconceivable that she may not fit the ideal profile he had created of her.

Fleishman Is In Trouble Episode 5 will release on December 8, 2022, at 3 AM Eastern Time and 12 am Eastern Time in the USA. Internation fans can watch the show according to their country’s timezone.

Fleishman Is In Trouble Episode 5: Where to Watch

The series will air on 8 December 2022 at 3 AM Eastern Time on the popular Streaming channel HULU. Viewers have to purchase the premium pack to access the show. HULU costs  $6.99 per month with advertising. And if you want to watch the show without any disturbance in between, you can purchase the pack for $12.99 per month. For the International audience, the show will be available on Disney+ Hotstar for streaming purposes. Viewers can watch the on the date and time mentioned above.