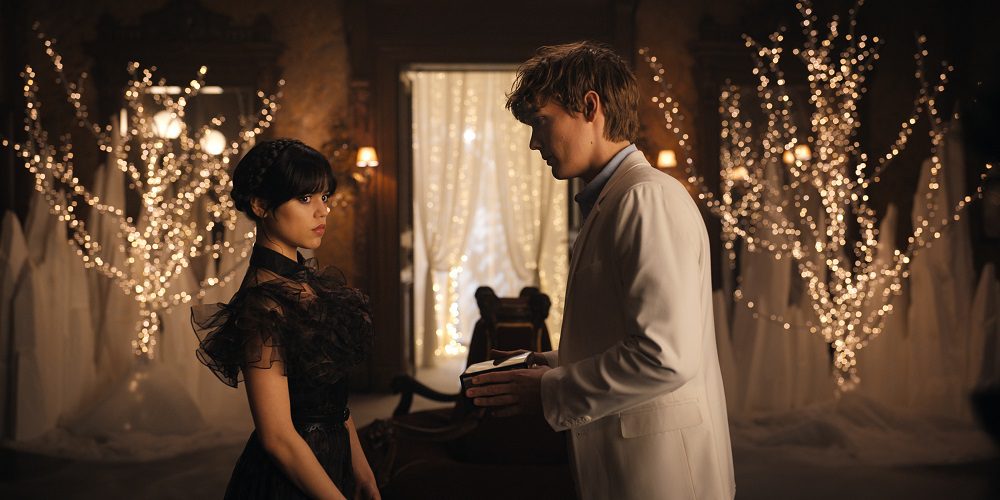 Want to spice up your same old dancing routine with some new moves? Watch Tim Burton’s live-action Addams Family spinoff on Wednesday, dress gothically, and take notes. It’s starting to catch on. Wednesday Addams performs some of her most recognizable dancing routines in episode 4 of the monster Netflix hit throughout a dance at Nevermore Academy. It is an institution for outcasts where she spends her time being snarky and attempting to stop a beast on a killing spree. And her moves have drawn attention on the internet.

People are performing their own variations of the bizarre dance, which constantly throws your head back, gazing aloft with wide eyes gleaming, and flailing your arms up and down and side to side like an irrational robot all over TikTok.

The eldest member of The Addams Family, Wednesday Addams, is renowned for her glum, deadpan demeanor. She likes to dance in addition to enjoying doom, though. This propensity is highlighted in Episode 4 of the new Netflix series Wednesday, which centers on a teenaged Wednesday (played by Jenna Ortega) and has a scene that immediately went viral after the show’s debut.

However, the character has also made some memorable on-screen moves in earlier renditions (played by Lisa Loring in the original TV series and Christina Ricci in the feature films of the 1990s). 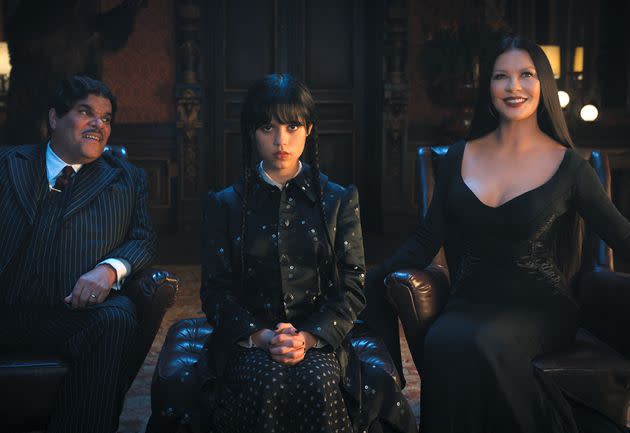 The well-known dance scene from Wednesday season 1 has music from the 1980s with a backdrop that complements the actor’s self-expression. In Wednesday season 1, episode 4, “Woe, What a Night,” Wednesday Addams dances while the DJ picks a gothic song instead of another rock song for the Rave’N party.

The incredibly absurd dancing moves performed by Wednesday towards the 1980 song have gone viral online. The Addams Family character Wednesday, club videos of goths performing in the 1980s, and gothic musician Siouxsie Sioux served as inspiration for Jenna Ortega’s choreography of the dance. 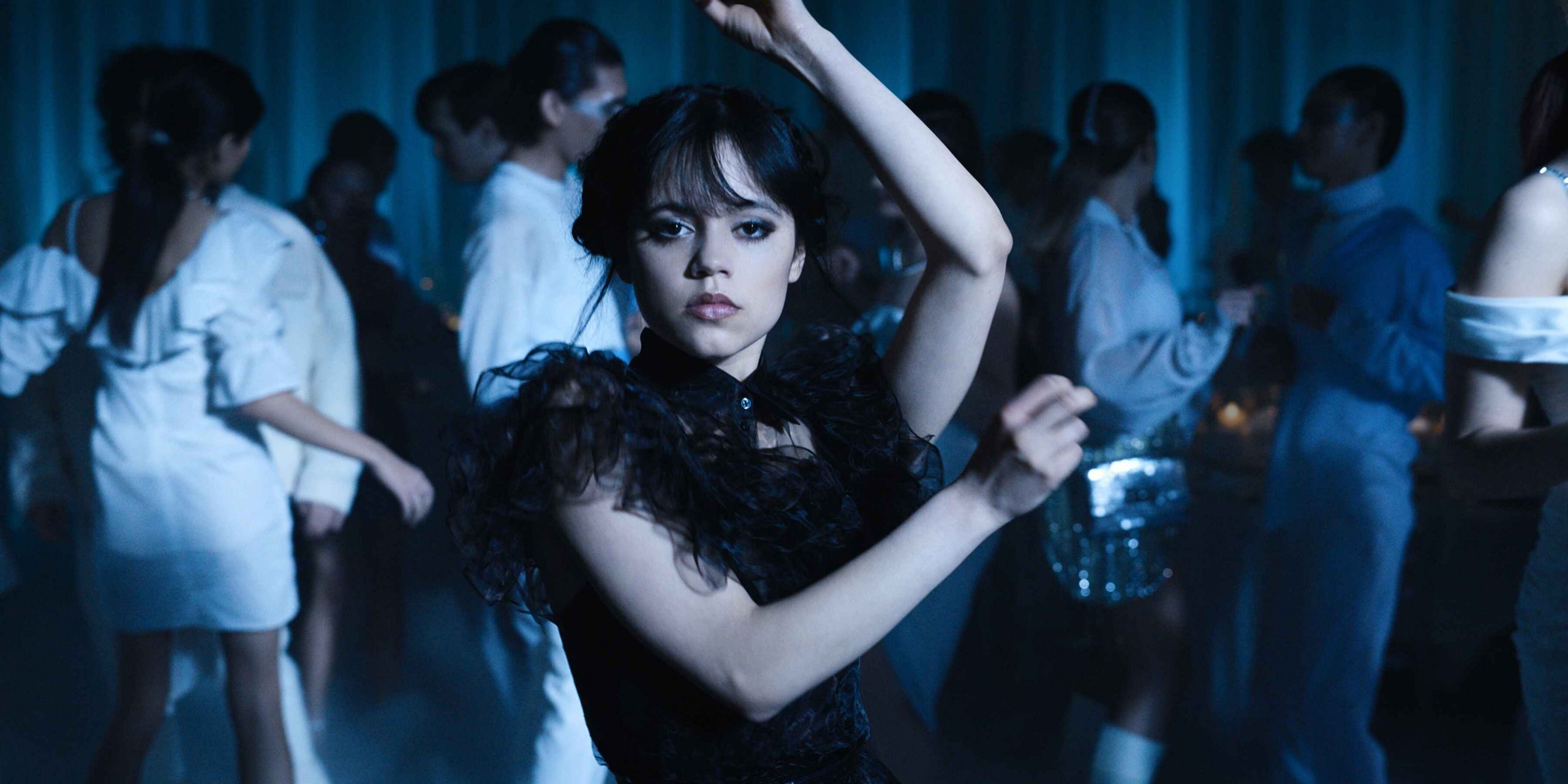 What Episode Does Wednesday Dance

Anyone who hasn’t watched Wednesday or simply wants to again relive the dance sequence from Episode 4 may direct their attention to Twitter, where the official video was posted.

Netflix Shared The Clip On Their Official YouTube Handle

Ortega acknowledged that she was the one who planned the choreography in a video that Netflix shared. She joked in the video, “I choreographed that myself, and I think it’s very evident that I’m not a performer or choreographer.

Then, her co-stars, including actors Hunter Doohan (who portrays Tyler) and Emma Myers (who plays Enid), object and express how much they appreciate it. The actor who played Xavier, Percy Hynes White, also praised it, saying, “I can watch a whole performance with just this.”

Ortega shared her dance’s inspirations in a Tweet. “With thanks to Lisa Loring, Lene Lovich, Denis Lavant, Bob Fosse’s Rich Man’s Frug, Siouxsie Sioux, and archive film of goths dancing in clubs in the 1980s.

How “Goo Goo Muck” Is Used In Wednesday’s Dance Scene And What It Means?

The Cramps’ 1980 punk song “Goo Goo Muck” serves as the soundtrack for Wednesday’s famous dance sequence from season 1. The Cramps were an alternative American rock group that specialized in psychobilly, gothabilly, and punk rock genres. Their leadership was provided by vocalist Lux Interior and guitarist Poison Ivy, which matches well with Wednesday Addams’ personality and preference.

While The Cramps sang and popularised the song that appears on the Wednesday season 1 soundtrack, Ronnie Cook and the Gaylads really first sang “Goo Goo Muck” in 1962, long before the 1980s goth craze. By bringing the gothic song to a new generation of youth on Netflix’s Wednesday, “Goo Goo Muck” has now been given a fresh lease of life. A still from the Netflix Show Wednesday (2022)

Although the song’s deeper meaning is unclear, the repeated use of “teenage goo goo muck” in references to endangered species, night headhunters, and monsters prowling the night suggests the narrator is some sort of werewolf or creature of the night.

The story of Wednesday season 1, which describes Nevermore Academy’s school for supernatural outcasts, who are also traditional monsters feared by “normies,” fits perfectly with “Goo Goo Muck,” which is about a terrifying teenage monster. Tyler is also connected to it since he is the genuine adolescent monster who stalks Jericho at night and murders both normal people and misfits.

The song “Goo Goo Muck” also seems to represent gothic teenagers who enjoy the dark and terrify people around them, which accurately describes how Wednesday Addams and many of her colleague’s misfit kids are seen. The dancing sequence from Wednesday season 1 makes sense, given the song’s content and gothic and psychedelic vibe.