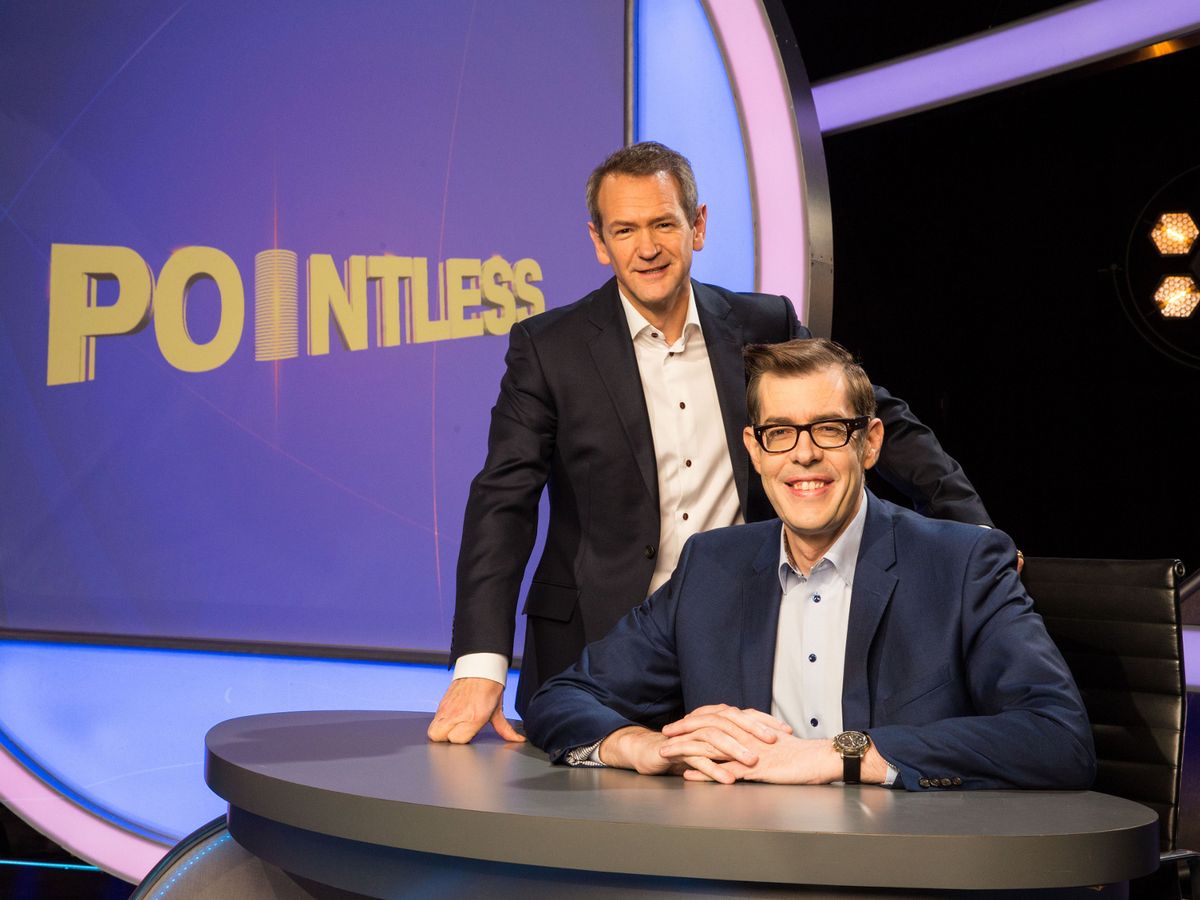 The beloved British gameshow, Pointless Celebrities is back with its Season 15 Episode 12, and this time it’s a special edition. Celebrity hosts Alexander Armstrong and Richard Osman are back to ask interesting questions that can tease your general knowledge as well as keep you entertained with fun. Of course, the crown feature of the show is, as always, its format that can keep you on your toes.

With each episode featuring completely different contestants, Pointless Celebrities never manages to run out of fun. Even though the game format is the same for every episode, the trajectory and results of each episode vary enormously. Another interesting feature of the show is that the contestants featured in the show are all well-known celebrities who are playing to win the jackpot money for their selected charity organizations.

In other words, this makes Pointless Celebrities a game show for welfare and charity. 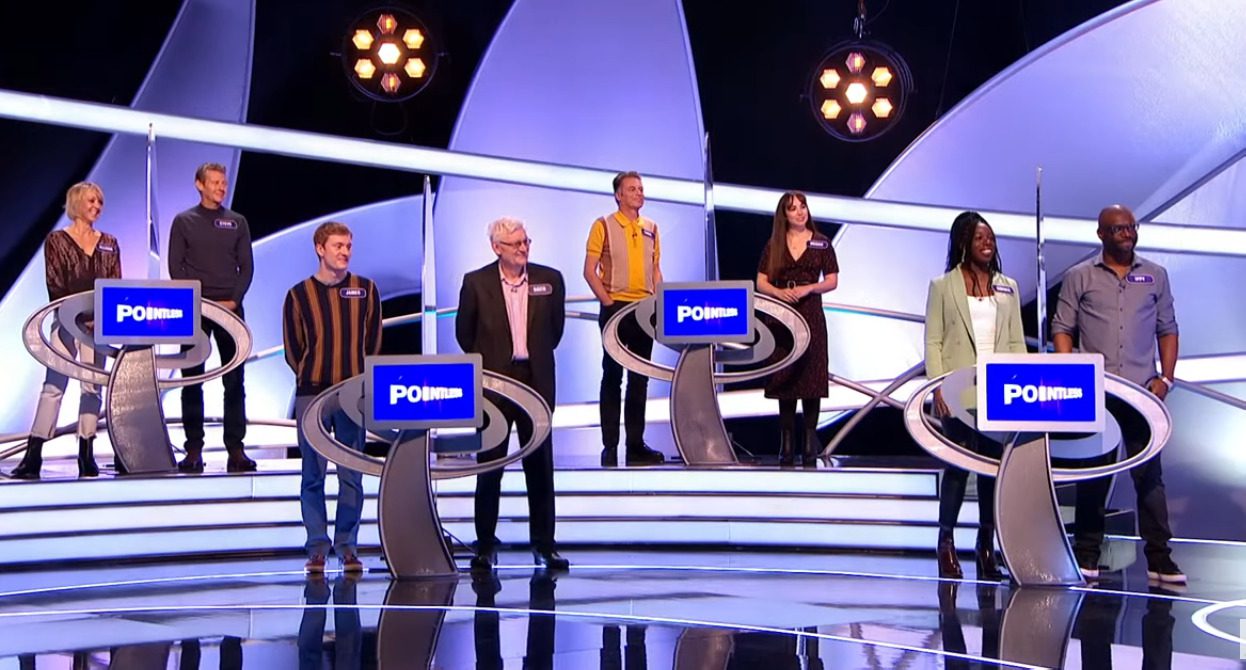 A Still from Pointless Celebrities

How is Pointless Celebrities Played?

As mentioned before, the most interesting feature that sets Pointless Celebrities apart from other game shows is the unique format it is played in. Basically, it’s a quiz game where each team competes to accumulate the lowest point with each question in the Elimination Round, and the team with the highest score gets eliminated. From just that definition, anyone can deduce that the premise itself is a unique one. The How-tos about the game are as follows.

Each episode consists of 4 teams playing for the prize, each with two members. Beginning with two Elimination Rounds, the game will have two passes per round.

The players are supposed to respond to the questions with a correct yet obscure answer for the maximum chance of winning. Responses for every question asked in each episode are gathered from a hundred people selected from the general public through conducting online surveys. The contestants will have 100 seconds to answer each question in this round, and within that time, the contestant is to select the most appropriate answer from the given choices.

The team with the highest score is eliminated at the end of each round, and if there happen to be two teams with the same highest score, then it calls for a tiebreaker round. This is the only round where the team members can actually discuss the answers with themselves.

The most sought answers would be those that can provide the contestants with a score of 0. These are called the “Pointless” answers as they are the ones that no survey respondents answered. For every “Pointless” answer, the jackpot prize of the game increases by £250.

Who are The Participants of Pointless Celebrities Season 15 Episode 12?

As the episode is supposed to be a ‘Special Edition’, the celebrity participants are also going to be extra special. 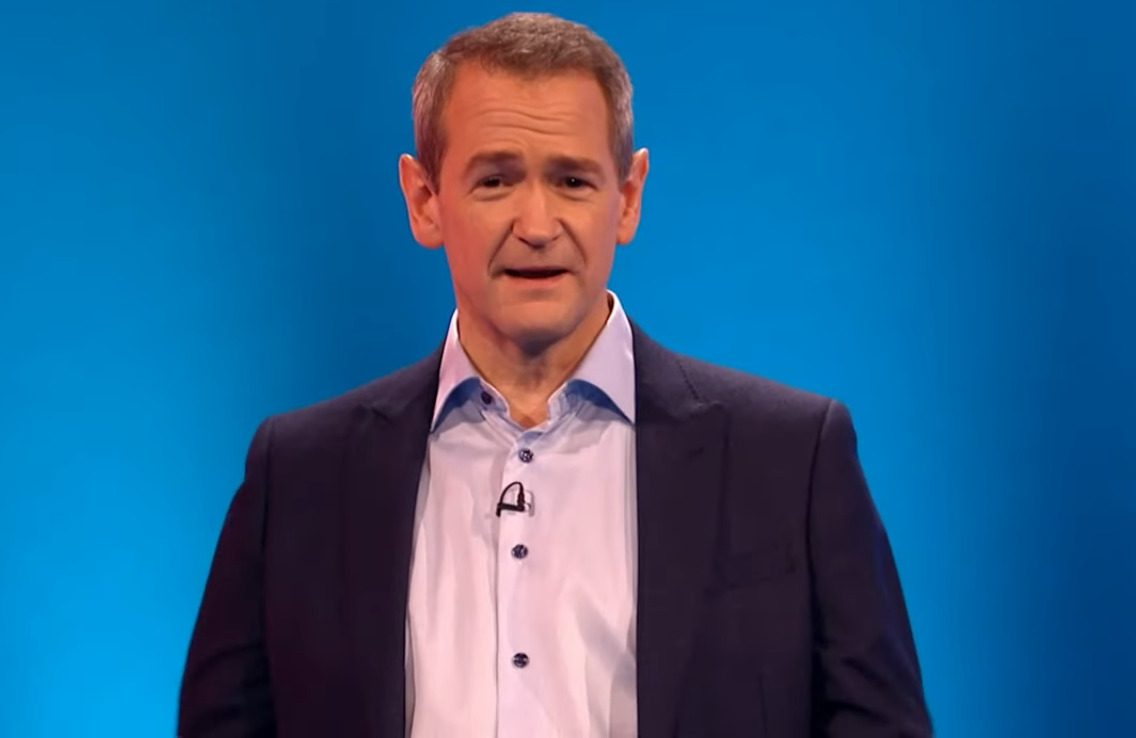 The episode will be presented by the usual hosts, Alexander Armstrong and Richard Osman.

Pointless Celebrities Season 15 Episode 12 is scheduled to be aired on BBC One at 7:20 PM on 10th September 2022, and it is supposed to have a duration of 48 minutes.

For those of you from the United States and Canada, you can stream Pointless Celebrities using your Amazon Prime Video subscription.