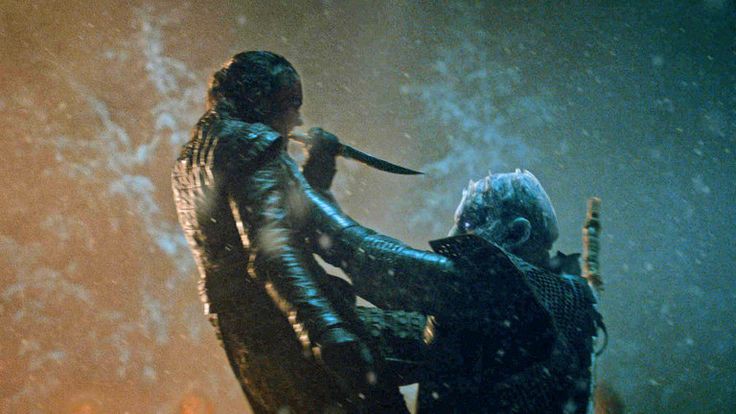 Was Arya Stark Foreshadowed To Kill The Night King?

Game of Thrones had a very controversial ending as the fans thought it was a bit flat as they thought Jon Snow’s character should have killed the Night King but it actually turned out to be Arya Stark. So, should we have seen it coming? Were we too blinded by Jon Snow’s character that we did not notice how dangerous Arya Stark had become? Well, it does seem so.

There were some numerous instances in the actual story that Jon Snow will be the ultimate saviour of humanity. But there were some regarding Arya Stark as well. Before we begin, please note this post may contain official spoilers from the Game of Thrones series. If being spoiled is not for you, I suggest that you stop reading the post here. However, if spoilers don’t bother you, we can get started. Also, note that we did not create the spoilers or leak them.

How Was Arya Foreshadowed To Kill The Night King?

She jumped towards him on purpose so that he had no option but to catch her, this is where her assassin instincts came in handy as she cleverly changed the position of her dagger from one hand to another to kill the Night King. There has been another instance that the fans have noticed the foreshadowing of Arya Stark killing the Night King. Artist Ramin Djawadi created the song Light of the Seven for the soundtrack. Fans have noticed that the background singers were constantly saying ‘Arya’.

At this proposition, the lyricist himself came out and said that this is not true as the lyrics did not have any name in it but it does indeed sound like Arya which just turned out to be a sheer coincidence. The lyricist himself said that even though he could have said that it was indeed her name in the song which would have made headlines but that, unfortunately, would not have been true. Nonetheless, we have to make peace with Arya Stark killing Night King and not Jon Snow whether it was foreshadowed or not it seems like a logical choice to me.