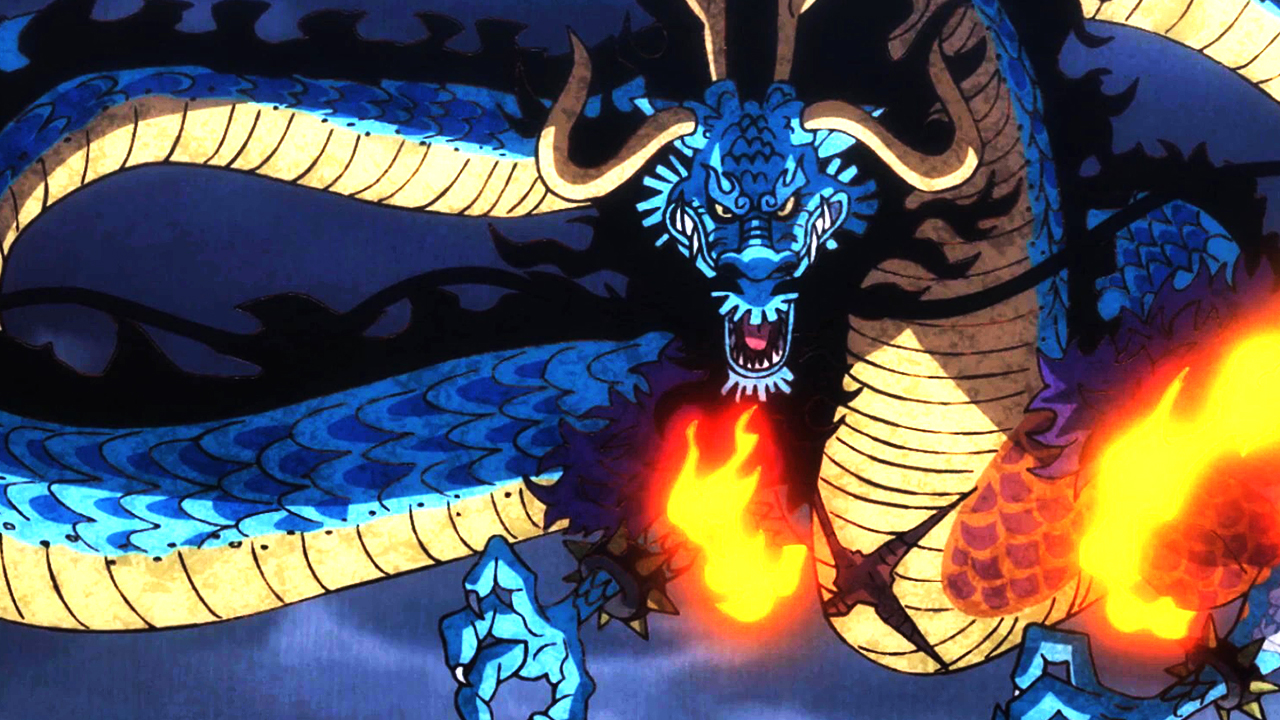 One Piece is a manga series that is full of mystical beings. Most of the strong characters draw power from their devil fruits. These fruits give them amazing powerup in exchange for some weaknesses. There are three different types of devil fruits: Logia, Zoan, and Paramecia. The Zoan is mainly the class that turns the user into an animal. They can train to switch between different forms and use the strength of these animals. In this list, you may find that many of the biggest beasts who are the fiercest warriors are currently in the Beast Pirates under Kaido. This means they are unlikely to fight each other but Kaido has gathered many mythical and ancient Zoan users in his crew.

These are some of the Biggest Beasts from One Piece sorted by Size. Their strengths and weaknesses may vary. I did not include any sea kings that usually show up in the grand line.

Page one is one of the many members of Beast pirates that can transform into Dinosaurs using Ryu Ryu No Mi. His model is spinosaurus. during this transformation, he has massive strength in his jaws and tail. 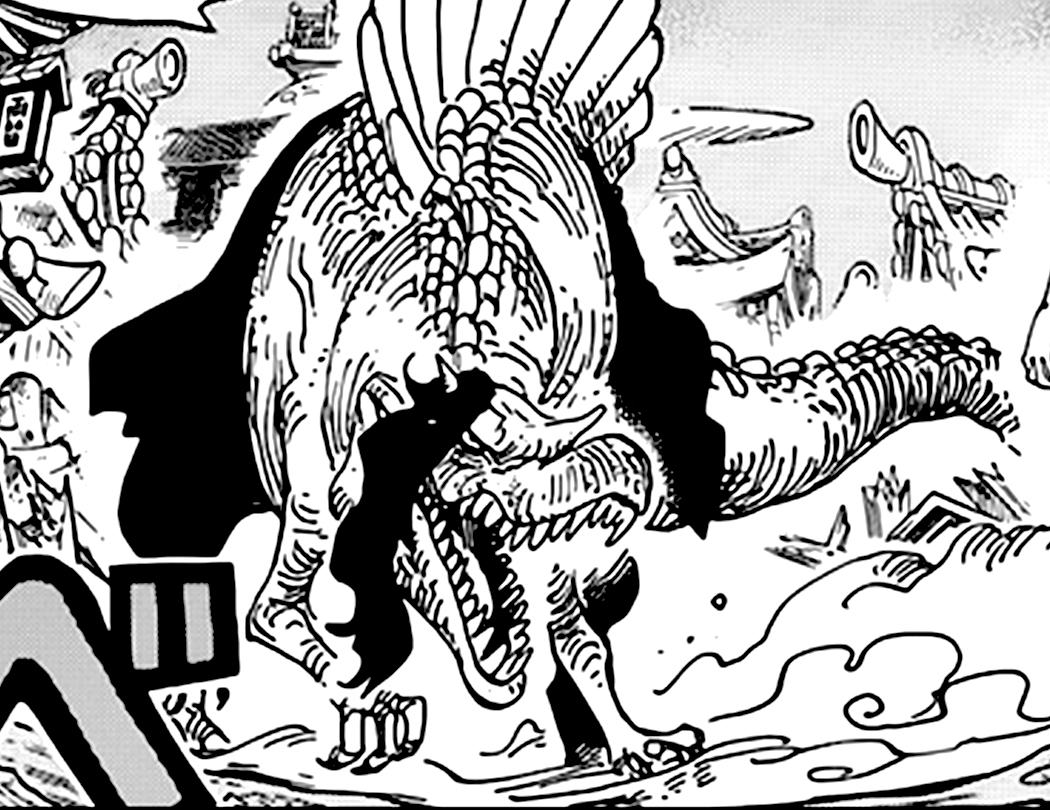 He uses a different model of Ryu Ryu No Mi called Allosaurus which has formidable biting power and his size increases to dwarf a Pacifista during a fight. 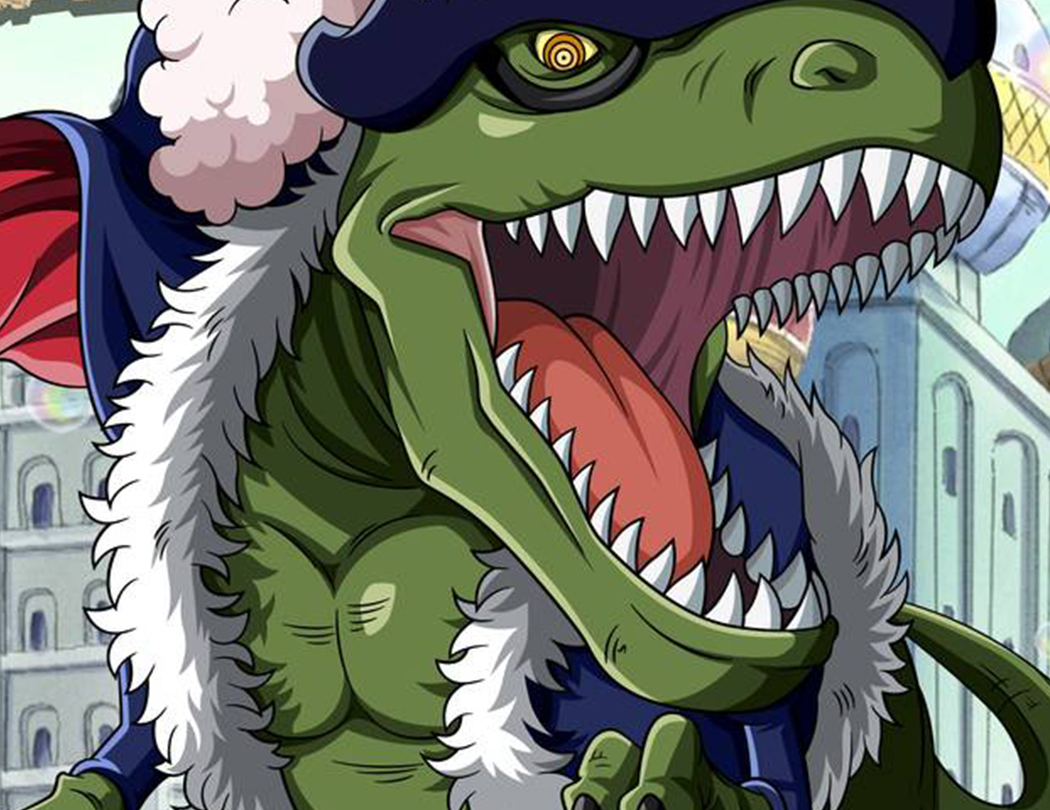 Queen is another All-Star of Beast Pirates who uses a stronger model of Ryu Ryu No Mi. He turns into a brachiosaurus. This dinosaur has a really long neck and jaw strength to match. 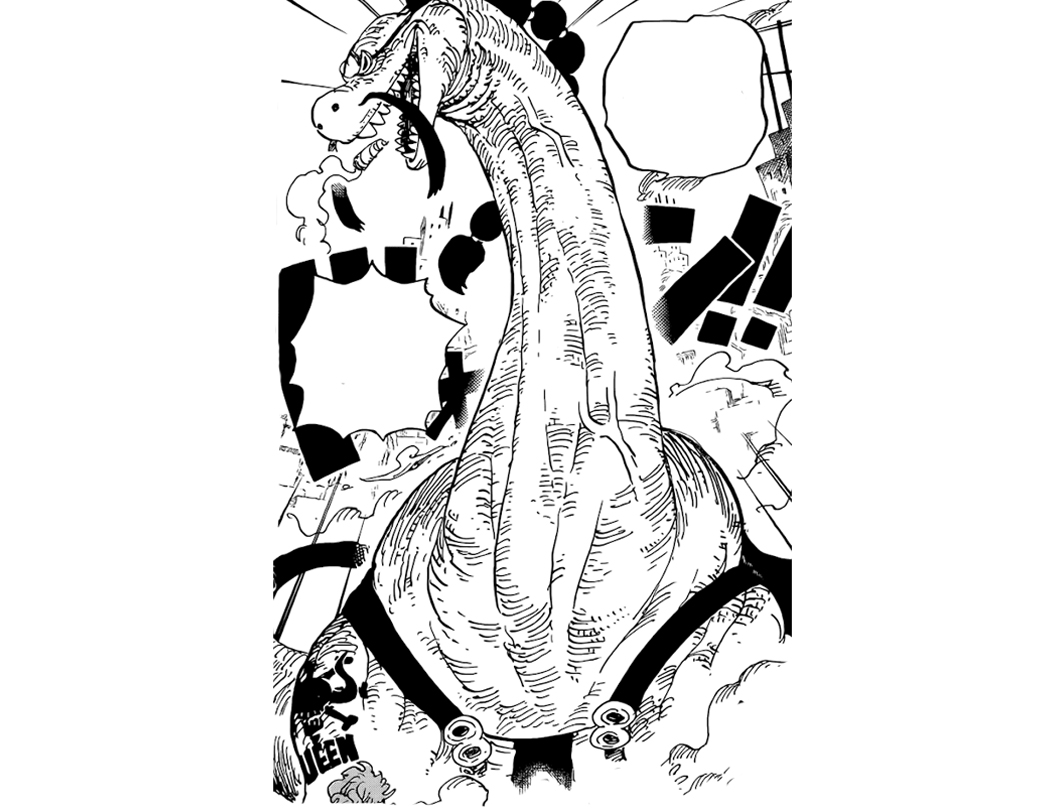 Orochi who is the current shogun of Wano Kingdom has an unusual ability to transform into a giant snake with eight heads. He can use these heads to attack in multiple directions. 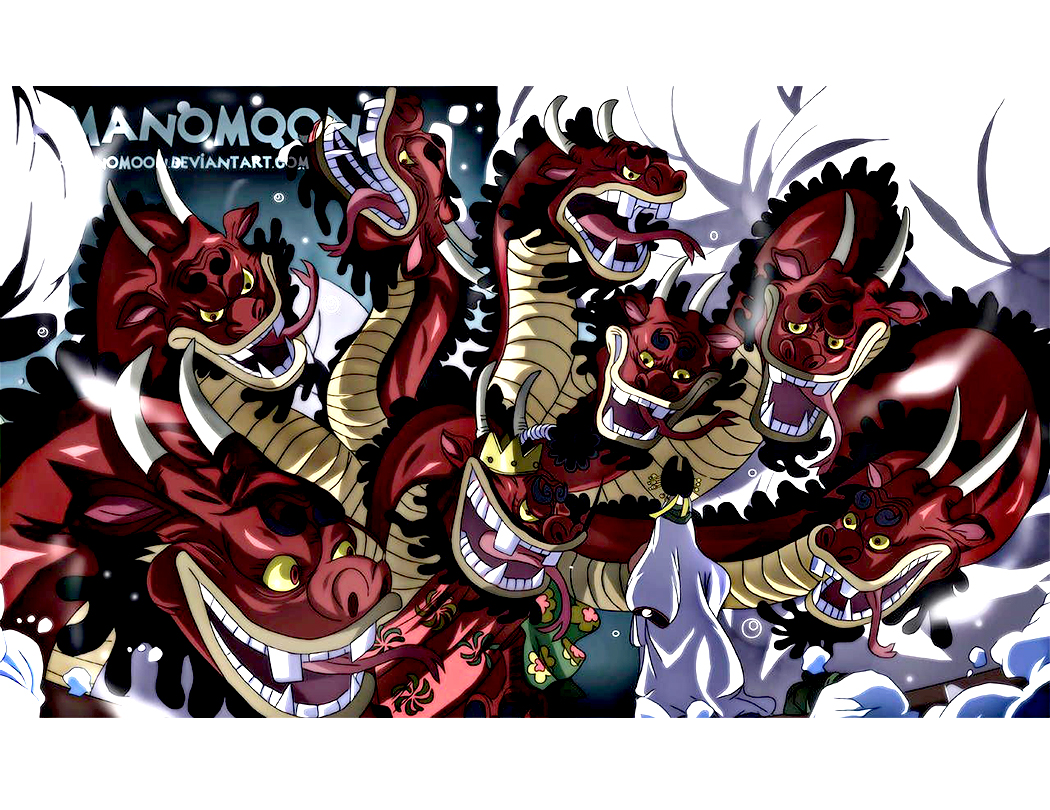 Tony Tony Chopper who was originally a rain-deer ate the Hito Hito No Mi fruit that turned him into a human. Chopper figured out a way to transform himself into a massive beast called Monster Point that stands several stories tall. 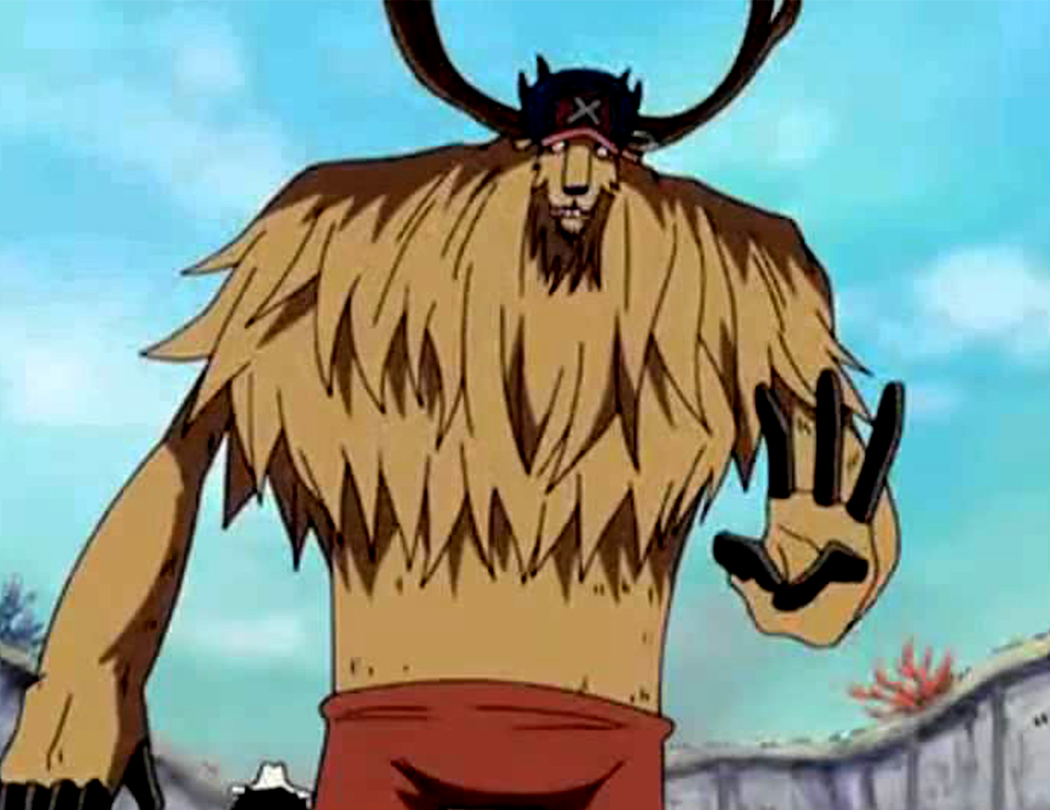 Giants are legendary warriors from a country called Eblaf. They are hundreds of times bigger than ordinary humans. This size gives them massive strengths. 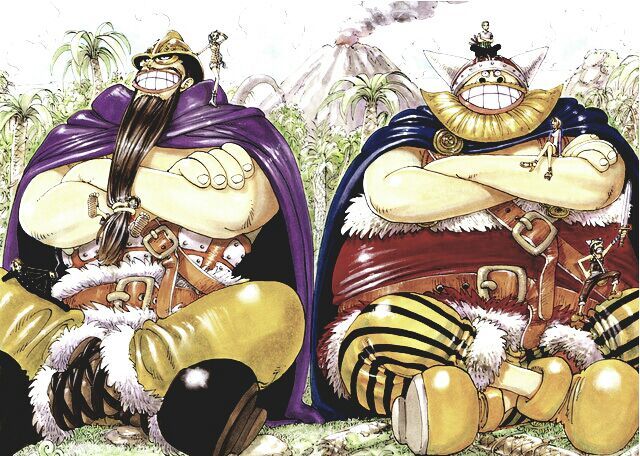 He is a giant zombie from the thriller bark arc who stood tall to the sky. Oars are four times the size of a regular giant in One Piece. He had no special powers but can be considered a beast. Another was Oars Jr. who was also the size of his predecessor. 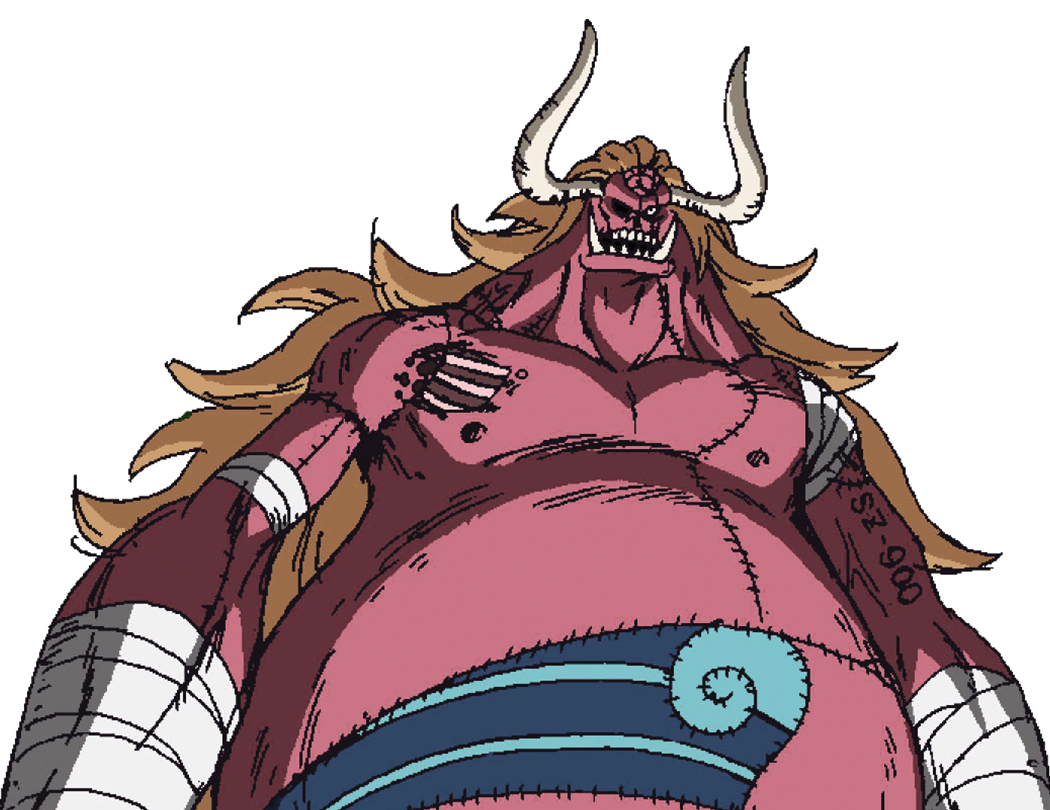 Kaido is one of the four emperors of the sea who captains the Beast pirates. He can transform into a giant dragon that covers the sky and land attacks from above. He is very massive even in normal form. That is why Kaido is called the Strongest Beast in the world. 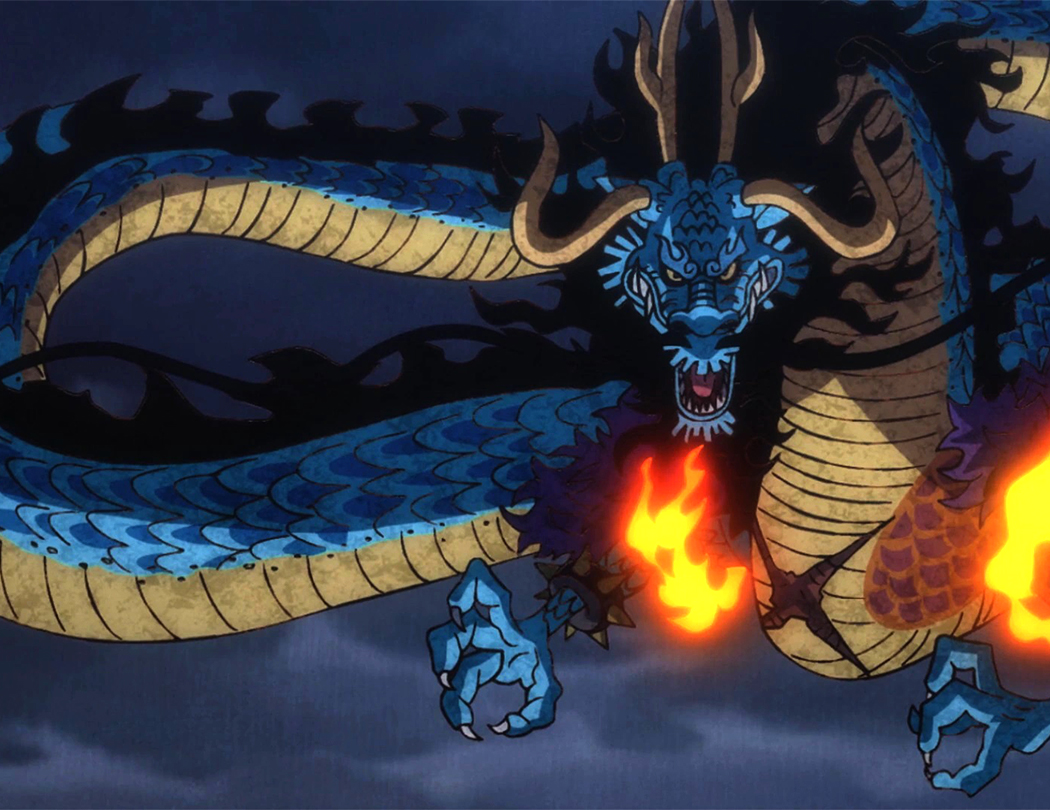 Kraken is a creature from the North Pole brought to Fishman Island. This massive squid dwells in the deepest parts of the sea acting as a protector for the Island 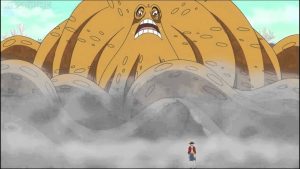 The sea kings that appeared during the Fishman Island Arc were massive. They were about the size of the Ship, Noah, and able to lift and pull it with ease. These are mythical creatures that are the tools of the weapon, Poseidon. 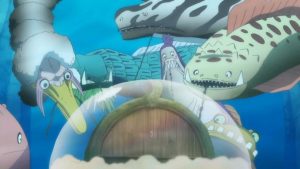 Zunesha is a massively large elephant that has walked around the New World for a thousand years. He carries a whole island, Zou, on his back. He is the biggest living thing in the whole series. Zunesha’s legs go meters deep inside the sea that allow him to walk in the sea. 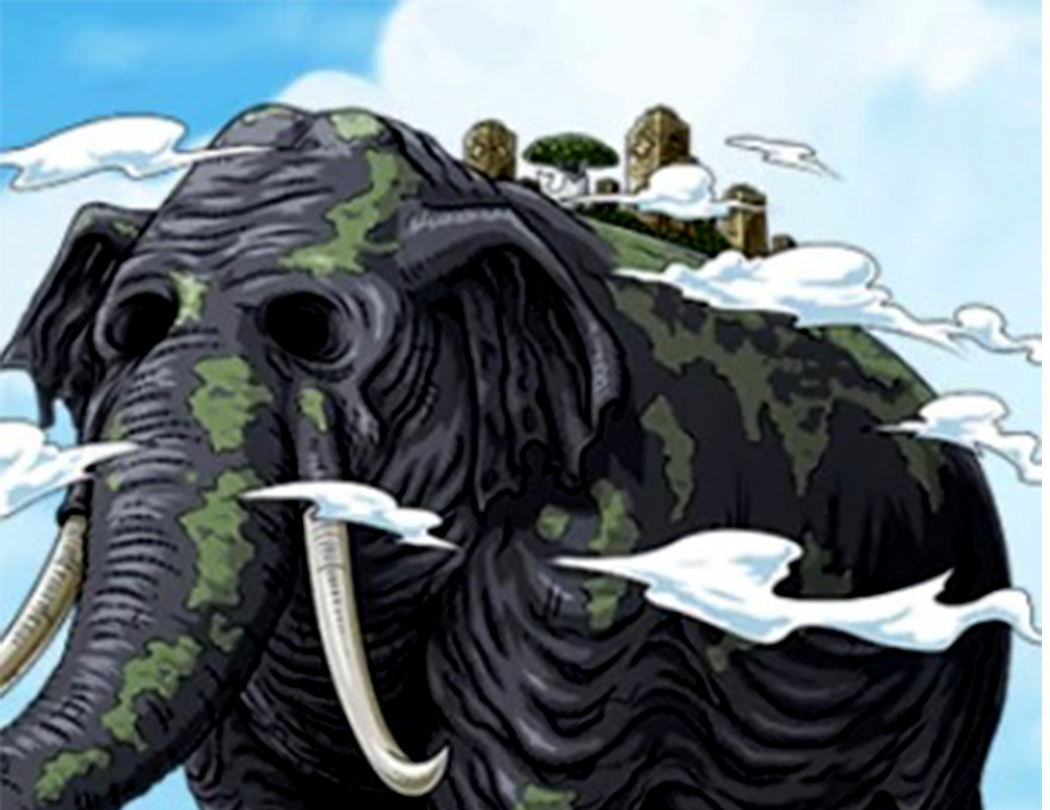 When traveling from Water 7 to Fishman Island, there is a region that is covered in thick fog. This place was first featured in the Thriller Bark Arc. A creature was seen through the fog that dwarfed any creature seen before. 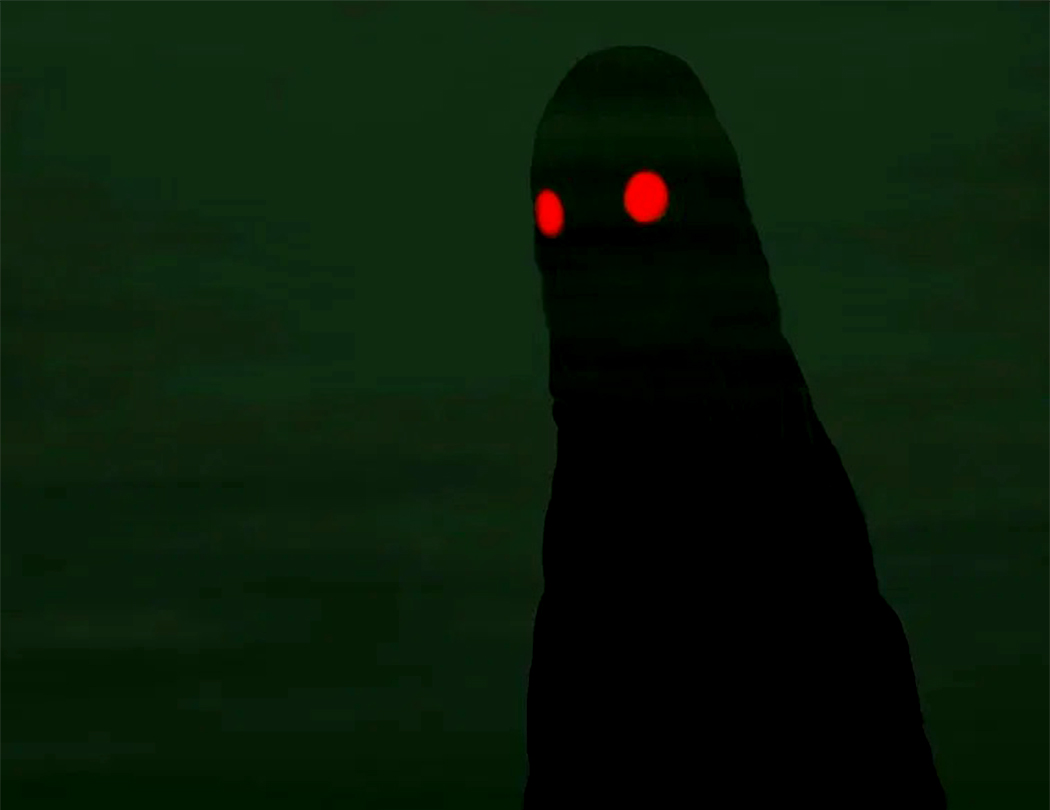 I tried to include every huge creature i could remember. Let me know if i missed someone!