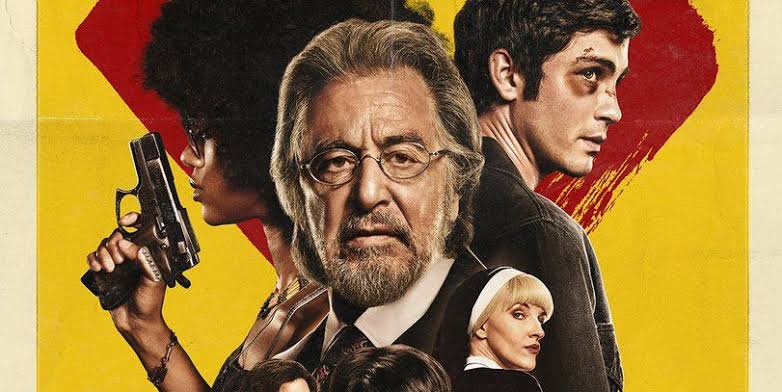 After ending Hunters season 1 at a high note, the show makers are planning to renew the series for a second season. Created by David Weil, the American drama series is based on historical events along with fictional twists, featuring a group of Americans chasing down Nazis in 1977. The creator of the series has already mapped out five seasons, which makes the existence of Hunters Season 2 inevitable. We will be giving out details regarding the release date, cast, platform, and storyline of the second season of Hunters in this article. Follow this page in order to update yourself with the details of the show.

Hunters season 2 is expected to release in February or March next year, in 2021 on Amazon Prime. The first installment of Hunters, co-produced by Jordan Peele, was released at once, on February 21, 2020. Therefore as per the release of the last season, we can expect the production to finish by the end of this year. In case there are any scheduling conflicts for the cast members, the release might be shifted to the latter half of next year. The upcoming season might be 10-episode, along with the runtime of 60 minutes per episode.

Although there are no official confirmations on the cast of Hunters Season 2, we can still expect a few of the members that will be returning from season 1. Logan Lerman will reprise her role as Jonah Heidelbaum in a more prominent leading role. Kate Mulvaney as Sister Harriet, Tiffany Boone as Roxy Jones Josh Radnor as Lonny Flash, Jerrika Hinton as Millie Morris, Dylan Baker as Biff Simpson, Lena Olin as The Colonel/ Eva Braun, Louis Ozawa as Joe Mizushima and Travis Leich as Greg Austin are the other members joining the cast of the second season of Hunters.

Here is a tweet by one of the cast members of Hunters Season 1, take a look at it.

Inspired by some real Nazi hunters through the decades, the series imports the spectators on a barbarian, pulpy expedition back to 1977 in the New York City to introduce a diverse band of vigilantes trying to give brutal justice to the Nazis conspiring to create a Fourth Reich, hiding themselves in America. The cast of Hunters includes the stars led by Al Pacino as a Holocaust survivor leading the group of the so-called hunters and Logan Lerman as a Brooklyn teen being drawn into the chase upon his grandmother’s death.

The way Hunters season 1 ended, we can expect the storyline of Season 2 to revolve not only around the hunting operations carried on by Jonah with the hunters, but also Millie with her task force. These two groups seem to continue clashing with their legal and illegal approaches for making the bad people go down on knees. About Jonah and the hunters, we should be getting some answers on the person with whom Sister Harriet was speaking to on the phone and the mystery behind the person being interested in meeting Jonah to this extend.