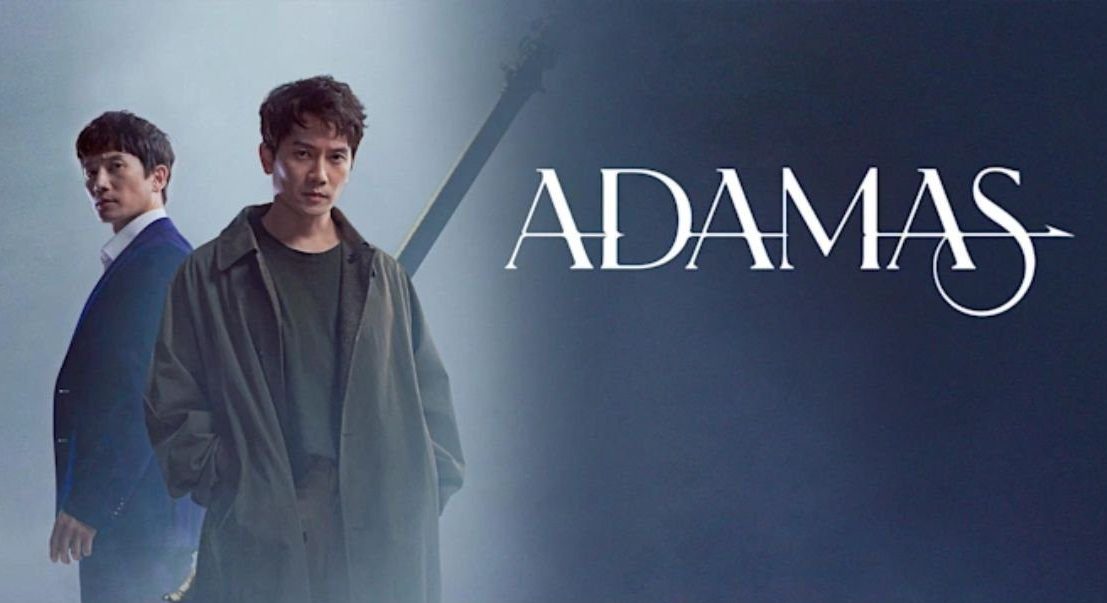 Adamas is a tale of two brothers who are on a mission to reveal the truth about a murder from 22 years ago. The K-Drama series is made in Park Seung-woo’s direction and premiered on 27th July 2022. The Korean Drama features twin brothers Woo Shin, who is a best-selling author, and Soo Hyun, who is a public prosecutor. The twin brothers realize that the only way they can save their biological father from the murder charges is to pull the truth out about what happened 22 years ago. The twins’ biological father was first blamed for killing their stepfather. But when the brothers heard that he was to serve capital punishment, they became more desperate to search for the truth.

The Studio Dragon and Mays Entertainment-produced drama series features the actors Ji Sung as Ha Woo-Shin, Lee Soo-Kyung as Kim Seo-hee, and Seo Ji-Hye as Eun Hye-Soo. So far, the K-Drama is listed as top-rated on IMDb with a rating of 9.3 out of 10. In MyDramaList, out of 647 viewers, it got a rating of 8. On the premiere day, it pulled up the viewers count to 800,00, which is the most views any episode of this series has ever gotten. Not every show fits all, but if you like a slow-build intense drama, Adamas is the perfect series for you.

Also read: Blind Kdrama Episode 1 Release Date: The Moment Is Yet To Come

The thriller drama series episode 11 has a runtime of 62 minutes approx. It begins with Woo-Shin lurking in the chairman’s office and finding out an article about his father’s charge. After escaping when he comes to the party hall, he finds Ms. Kwon accusing the chairman of committing the murder. On the other hand, Seo-Hee is strapped with bombs and sent to the building. Seeing Seo-Hee press the detonator, Hyuk-Pil comes to protect her and everyone else around. Then the bombs are taken off of her. But they only found a detonator and a time bomb. This made them realize that there had to be another bomb somewhere else. The ending reveals another thing that the Adamas they Leader Lee was holding was fake all along. This episode gave us many intense moments with much more to unfold in the next episode. Many believe that this episode might be one of the best ones in this series overall. Who knows, episode 12 might change that.

Episode 11 ended with the reveal that the Adamas was fake all along. The slow intense moments have left the viewers asking for more. The chairman’s elaborate plan and the shocking reveal at the end of the previous season have raised some questions. What to expect from the next episode? After the 11th episode ended with the Adamas being fake, episode 12 will show a further search for the real Adamas. If you have watched it closely, Ms. Kwon can be found hiding secrets, which will perhaps be revealed in the upcoming episode.

Though some fans believe that the mystery drama has a slow beginning, it is worth sticking around. If you have reached this far, you might not want to go back. Given the recent happenings, the series is on the way to becoming one of the best in this genre. Even with the recognition it is getting, fans believe that Adamas is still underrated. A Still From Adamas Episode 1

Where To Watch Adamas Episode 12?

For online broadcasts, the series will be available on Disney+ Hotstar and Disney+. Disney+ is only available for some selected regions, which include Thailand, Singapore, South Korea, Hong Kong, Malaysia, India, Indonesia, Taiwan, Japan, and Australia.

Also read: Business Proposal Kdrama Cast: Who Are They?