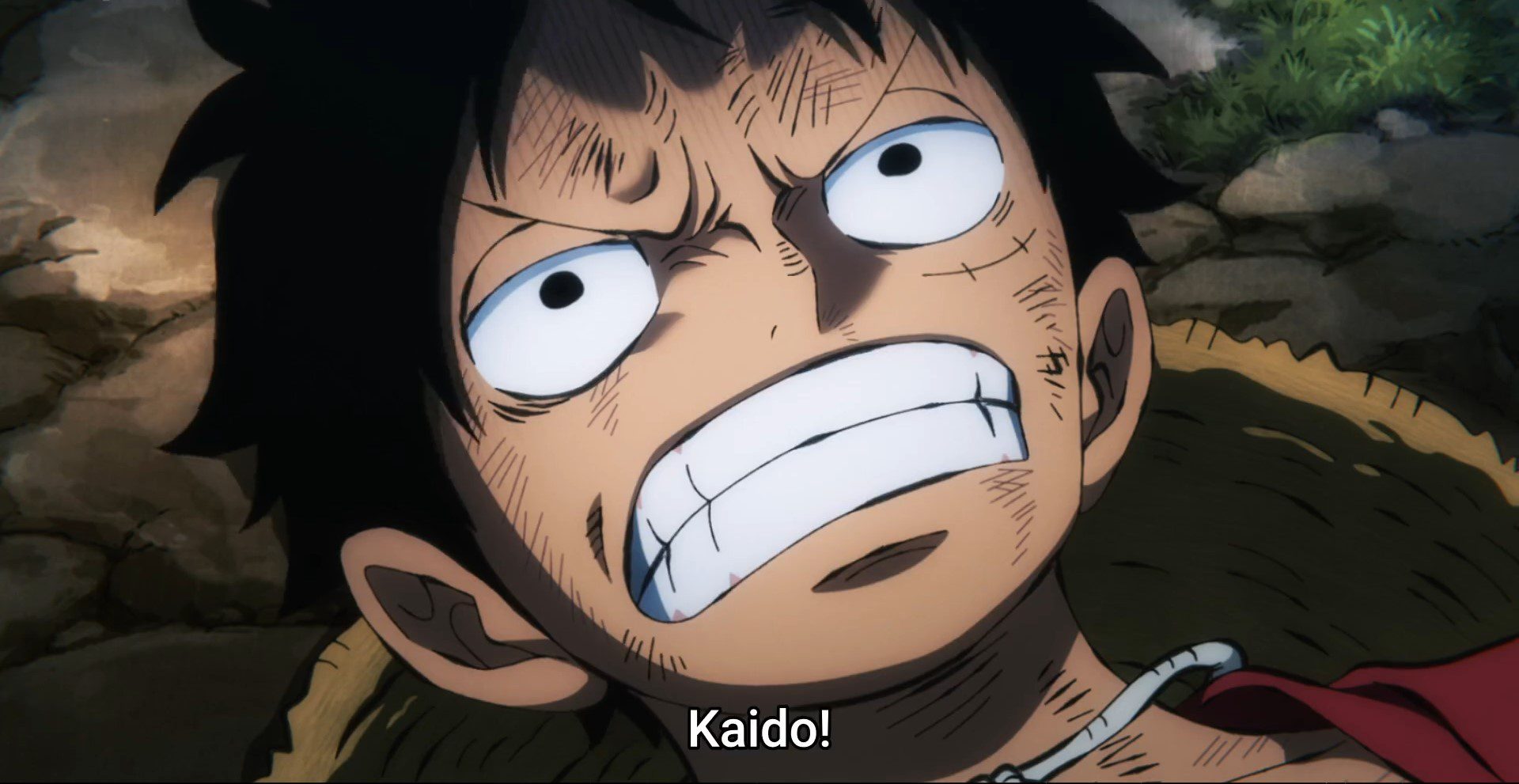 The One Piece Episode 1044 release date has been announced for the upcoming Sunday without any break and we will see Robin Vs Black Maria in the upcoming episode as well. The One Piece series is getting crazy good every week with the new manga chapters doing incredible things where the anime is leading up to the second round of Luffy vs Kaido.

However, before Kaido is defeated we will surely see the defeat of his fleet before him and the upcoming episode of the series might feature that with Black Maria and Nico Robin. So far, we have seen Ulti and Page One out of the picture all thanks to Big Mom and some strategies by Nami and Ussop. Whereas fighting between Sasaki and Franky has also reached the pinnacle and we might see Franky come victorious very seen.

And as for Who’s Who, it was such satisfying seen watching Jimbei single-handedly defeat him. What the former to the plot was the fact about the mysterious gum-gum fruit and his hatred towards straw hat and his pirates. Otherwise, the Who’s Who character seemed like fodder for our characters to grow.

We are almost done with the flying six members and the upcoming episodes will likely finish and we will move on to the final phase of the raid on Onigashima. Currently, we have Yamato fighting her father and keeping him at the bay until Luffy is back up again at the rooftop of Onigashima. Meanwhile, Sanji is fighting Queen and it is an incredible battle as the latter is the third strongest member of the beast’s pirates. 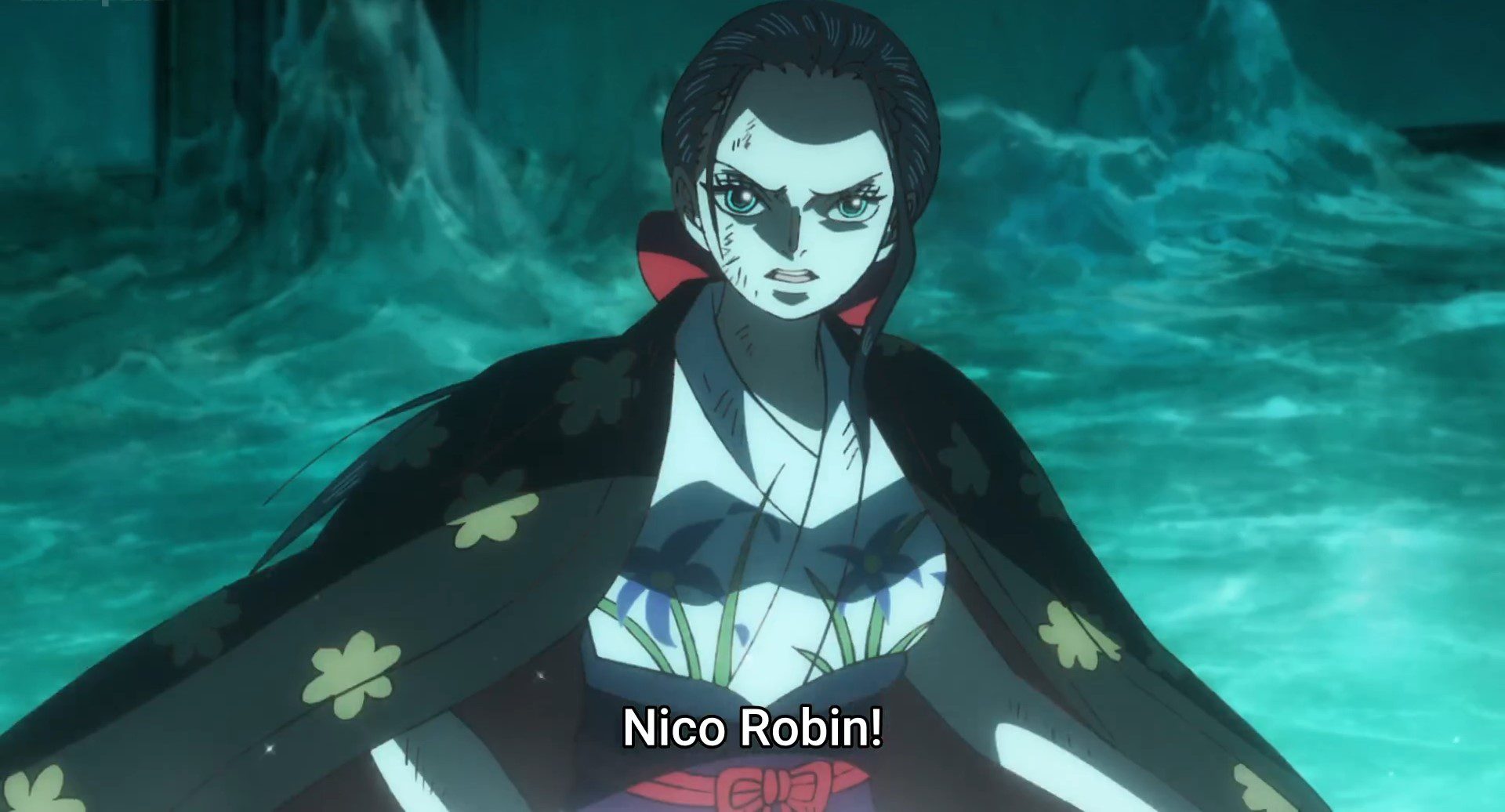 And naturally, Zoro will be matched up against King who is the second strongest member after Kaido and it will be an incredible fight. We can also expect to gain some information on Big Mom vs Kid and Law anytime soon as well. But for now, let’s talk about the upcoming episode in detail.

One Piece Episode 1044 Preview And Expectations

One Piece Episode 1044 is titled “Clutch! A Demon Incarnate, Robin!” and as the title of the episode suggests, the episode will be focusing on the battle between Robin and Black Maria. The preview begins with Black Maria and Robin engaged in a fight surrounded by fire, where we see Robin struggling and even getting beat up.

The preview also indicates that Robin will also have flashbacks as well and as she might be about to give up, she will stand up back again and fight Maria and possibly defeat her. Whereas, we also see Luffy eating in the preview as well while Momonosuke is crying. The preview also features Sabo and the revolutionary army but that could be in Robin’s flashback. Check out the preview and the release date for One Piece Episode 1044 below.

One Piece Episode 1044 titled “Clutch! A Demon Incarnate, Robin!” is all set to release on Sunday, December 11th, 2o22 at 09:30 hrs Japanese Standard time (JST). Since the timing for the episode will vary in different regions, the western region of the world will get the episode on Saturday instead. Following are the various timings for One Piece Episode 1044;

One Piece Episode 1044 without the subtitles will first be premiered on the local Japanese network at first and later will be made available online for viewers around the world. You can easily watch the new episode of One Piece on either Crunchyroll or Funimation.