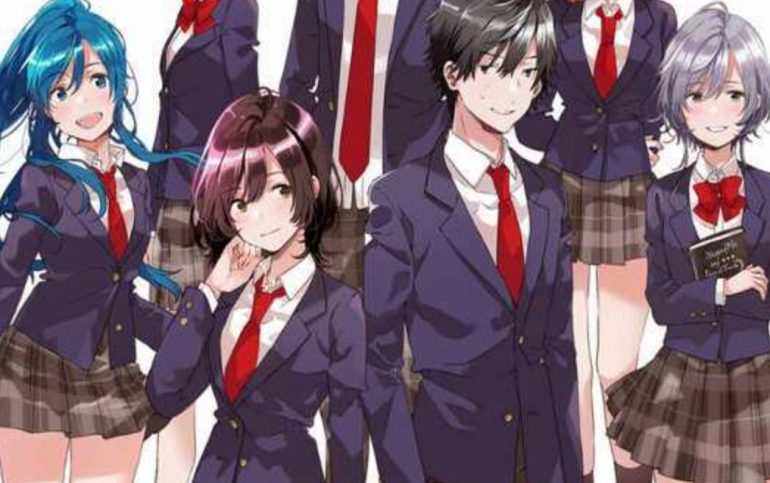 In the first week of Jan 2021, we will be looking at Bottom-tier’s latest updates, which is premiering early this upcoming week. This anime revolves around Fumiya Tomokaze, who is a high school student who has been living as a social outcast at school. He is Japan’s best Gamer in a popular Japanese online game called Attack Families. Fumiyas has been top on the leaderboard charts. He matched his life with the gaming life and concluded that it is a godly game.

Fumiya’s life started to change when he met with Aoi, the second-best in Attack Families. Aoi challenges Fumiya to see who is the best and who will end at the top. Fumiya accepted the challenge and started to get along with famous boys and girls in his class. He find s a piece job and starts to work at a karaoke box and got his fame. Due to his popularity, he got into a relationship with Fuka. Let’s find more about this anime below.

Bottom-tier Character Tomozaki Episode 1 will be released on Friday, 8 January 2021, at 9:00 PM JST. You can visit the official website of this anime at tomozaki-koushiki.com to get more updates. Watch this anime officially on AnimeLab and Funimation. Note that every Friday new episode of this anime will hit, take a look at the recent development below.

Aoi attends the same school as Fumiya, and she is a genius student who keeps on excelling. Aoi keeps on topping the students in every school work. She secretly works hard to achieve her goal, and she is a dying fan of Attack Families. Aoi doesn’t use her real name when playing the game. She uses no name, and she kept struggling to defeat Nanashi. She trains hard and changes her playing style, but she keeps on failing to win over Nanashi.

Aoi notices that Fumiya doesn’t take life seriously, and she thinks that he keeps on making excuses. She decides to bring him to the track and face reality. She got between the relationship of Fuka and Fumiya since she was too focused on Fumiya. At her young age, she has lost her little sister, which gives her the strength to excel in her work. Fuka realizes that Aoi feels lonely from inside and no one to fill a hole inside her heart.

That makes Aoi create her life around her friends and classmate. Minami Nanami also joins the crew and becomes popular and got nicknamed Mimimi. She is a strong, energetic girl, and she tries to get the loner Hanabi to be her friend. The two became best friends, and she aims to overtake Aoi to be the best student in school. She decided to enter the student council president election challenging Aoi. Fumiya got orders from Aoi to help Minami with the election.

Fumiya tries hard, but he failed Minami, who decided to take Aoi’s path to win the election. As days passed, Minami became so close to Fumiya. She started to develop feelings for him, and she speaks her heart out in front of Fumiya. Fumiya didn’t accept her proposal. He is in love with Fuka. Fuka Kikuchi is a student who loves to read books and always spends most of her time inside the library.

Fuka accidentally got involved in a relationship with Fumiya due to misunderstandings. Fumiya pretends to love books, but he uses them to hide that he is playing the game. Later, Fumiya reveals the misunderstandings, but the two continue to be together. Aoi thinks that Fuka will make a good girlfriend to Fumiya since she can change his life. Since Fumiya promises that he won’t get involved in a relationship with anyone, he hesitates to confess his feeling.

Aoi gets angry since she has noticed that Fumiya is missing a golden chance. After some time, Fumiya keeps on chasing Fuka. Fumiya complains that it wasn’t good for Fuka not to confess her feeling since they have been in a relationship in the first place. Hanabi Natsubayashi is a quiet and calm student who likes to spend time alone, and others call her Tama. Minami is the first one to befriend her. Hanabi keeps on getting punished for Erika’s action and always gets bullied.

Fumiya, Takahiro, Takei, and Fuka couldn’t take it and help her get through it. After some time, Hanabi manages to stand up for herself and got acknowledged by other students. Yuzi is part of Erika’s crew, and she doesn’t like trouble, but she can go against Erika. She got along with Fumiya, who helped her to play how lovely the game.

Fumiya tries to make Yuzi closer to Shinji. He organizes a trip and makes the two always be closer to each other. Shinji has trouble at home with his parents, which makes him not attend classes all the time. Yuzi decided to help Shinji get over his family problems, and she kept him busy and diverted his attention to her.

For this week that’s what we have to offer for you. Wait until next week for more updates about this anime.