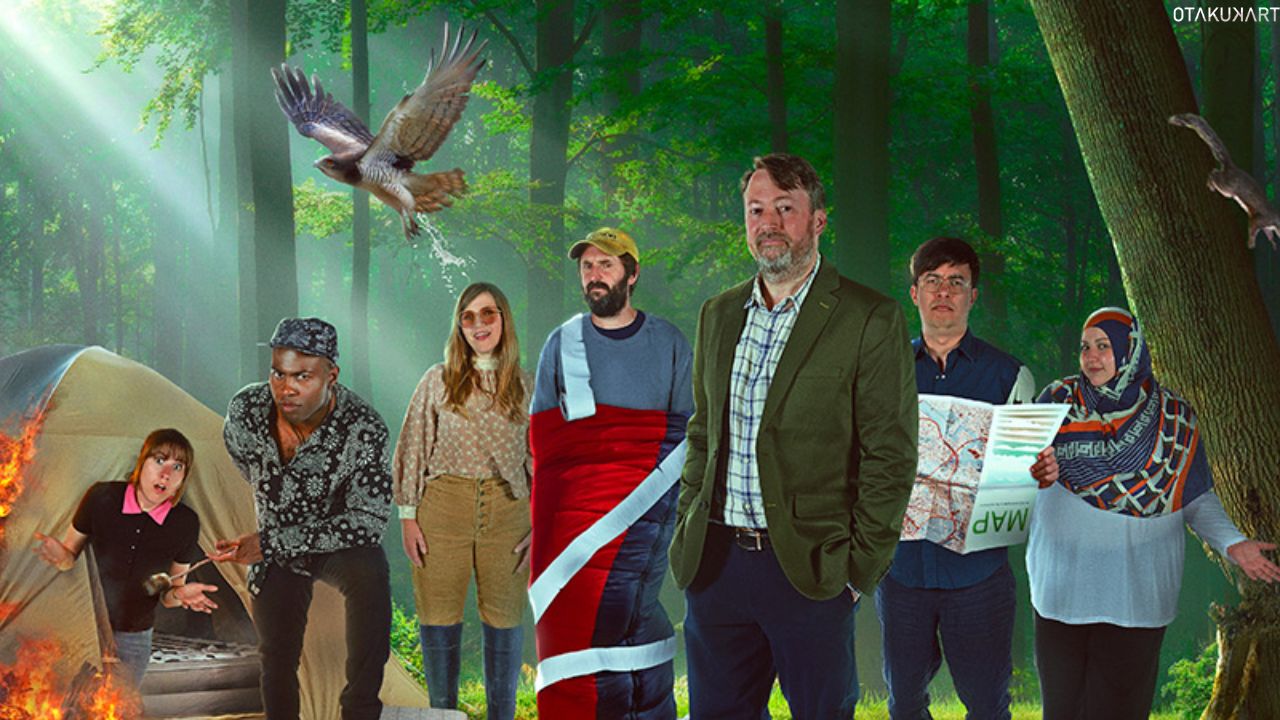 We can’t wait to watch Outsiders’ brand-new season since it is about to premiere. However, in this article, we will see all about Outsiders Season 2 Episode 1. Outsiders will engage in a range of humorous environmental and survival-based activities this season with a new line-up. David Mitchell’s distinctive humorous voice would be a hit with Dave viewers, and it’s a delight to have Outsiders back for more.

Many of the challenges on the show are based on scenarios in which an unnamed catastrophe has forced humanity to live in the woods and survive using simply the most basic resources. Fans are really eager to repeat the spectacular first season with David and his band of comic characters with a new group of members.  Dave’s third-largest UKTV Original in 2021 was Outsiders, and we have high hopes for the upcoming season.

Three distinct challenges will be presented each day, including bug racing, generating all-natural cures, creating stunning pieces of art from waste, and more. So, without any further ado, let us see all we know regarding Outsiders Season 2 Episode 1.

David Mitchell will once more be on hand to keep an eye on the comedians as they take on a variety of outdoor tasks. Toussaint Douglass, Kerry Godliman, Ed Gamble, Lou Sanders, Jessica Knappett, and Jamali Maddix were all present in the first season. We’ll have new faces this time. This season, viewers will have the chance to laugh out loud at the antics of comedians including Maisie Adam, Fatiha El-Ghorri, Darren Harriott, Jessica Hynes, Phil Wang, and Joe Wilkinson. 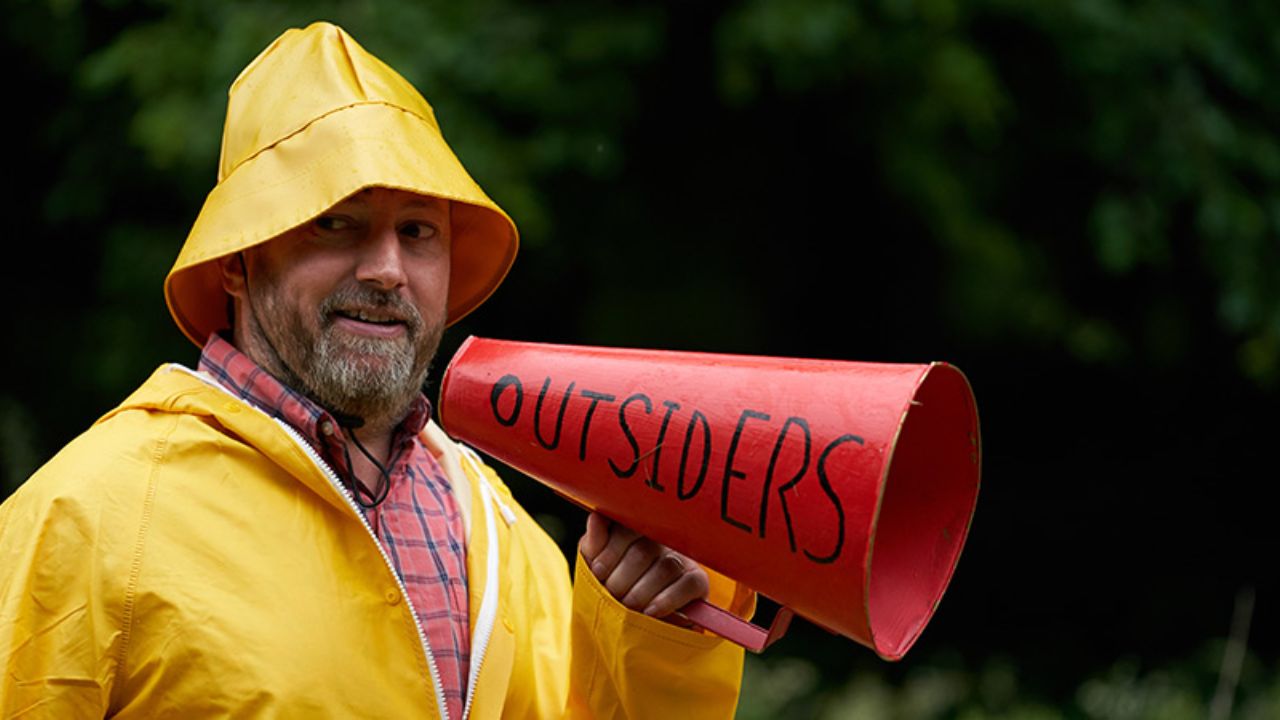 Some spoilers are necessary as the brand-new season of your favorite show is about to start. Although not much information regarding the first episode has been made public, we anticipate it to be the official start of the new season. With series two of Outsiders, David Mitchell will test a new group of comedians to see if they can survive on their own and prove they have the capacity to found a new community in the wild.

Creating holistic cures and competing in bug races are two of the obstacles that Maisie Adam, Fatiha El-Ghorri, Darren Harriott, Jessica Hynes, Phil Wang, and Joe Wilkinson will face in the first episode. Challenges are always enjoyable, and the people taking on the challenge add to the enjoyment. And it goes without saying that these comedians will only make it crazier. Thus, to not miss Outsiders Season 2 Episode 1, check out its release date in the next section of this article.

“Outsiders” is back with Season 2 and fans can’t wait for the premiere episode to come out soon. There are only a few moments left until the release of the very first episode of this amazing tv series, “Outsiders Season 2,” on your television screens. Outsiders Season 2 Episode 1 is set to premiere in the UK on Wednesday, November 16, 2022, at 10:00 pm on UKTV Channel Dave. This series will launch a brand-new episode only on Dave every week on Wednesday. 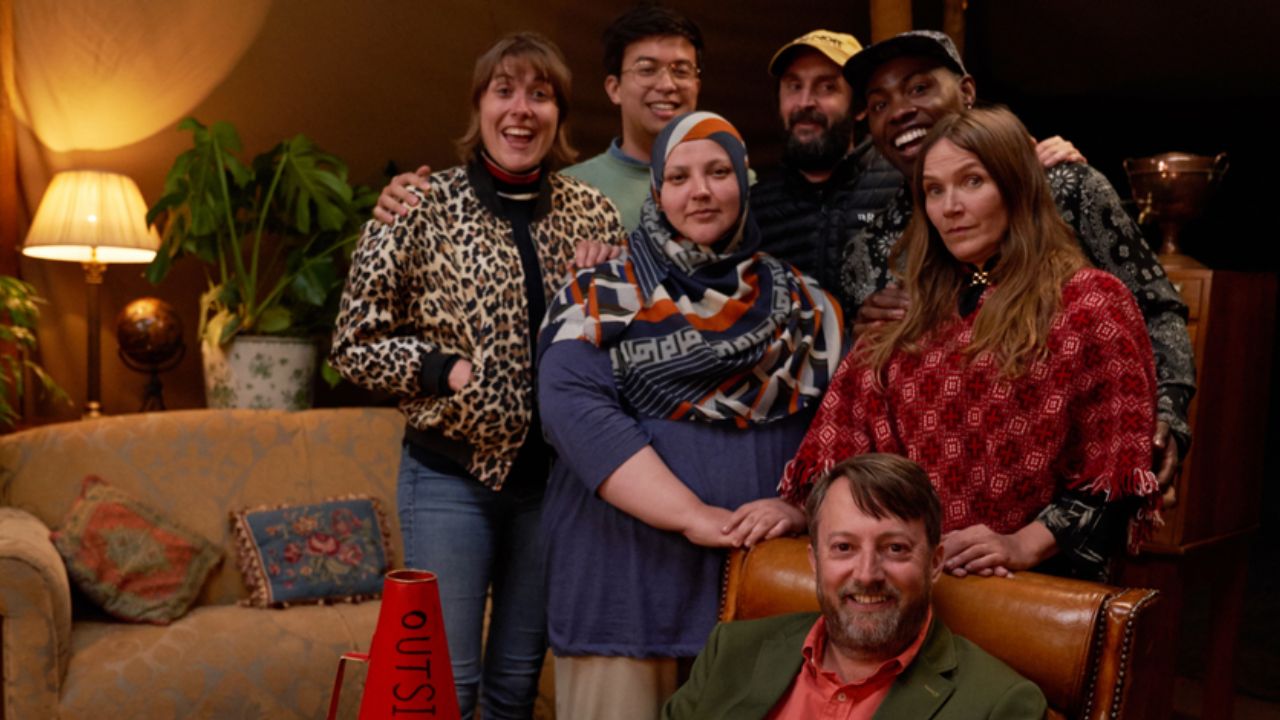 Where To Watch Outsiders Season 2?

As previously stated, the UKTV channel Dave will broadcast the debut of Outsiders Season 2. If you live in the UK, you can also watch the episode for FREE on UKTV Play, Dave’s on-demand TV service. You can also choose Dave’s official site to enjoy the show. The UKTV Play app is additionally accessible across all new NOW boxes. Outsiders Season 2 is also available if you have an Entertainment Pass included in your NOW subscription.

Additionally, if you wish to join UKTV Play and watch the show outside the UK, all you need is to utilize a safe VPN. Don’t worry if you missed the very first season of the show, it is still accessible on UKTV Play. So, what are you waiting for, hurry up and check out Outsiders Season 1 too.

You now have all the information regarding Outsiders Season 2 Episode 1, including when it will release, where you can watch it, and what to expect next with the new season. Also, tell us about the latest episode of “Outsiders Season 2” and how did you find the very first season of this popular comedy show.