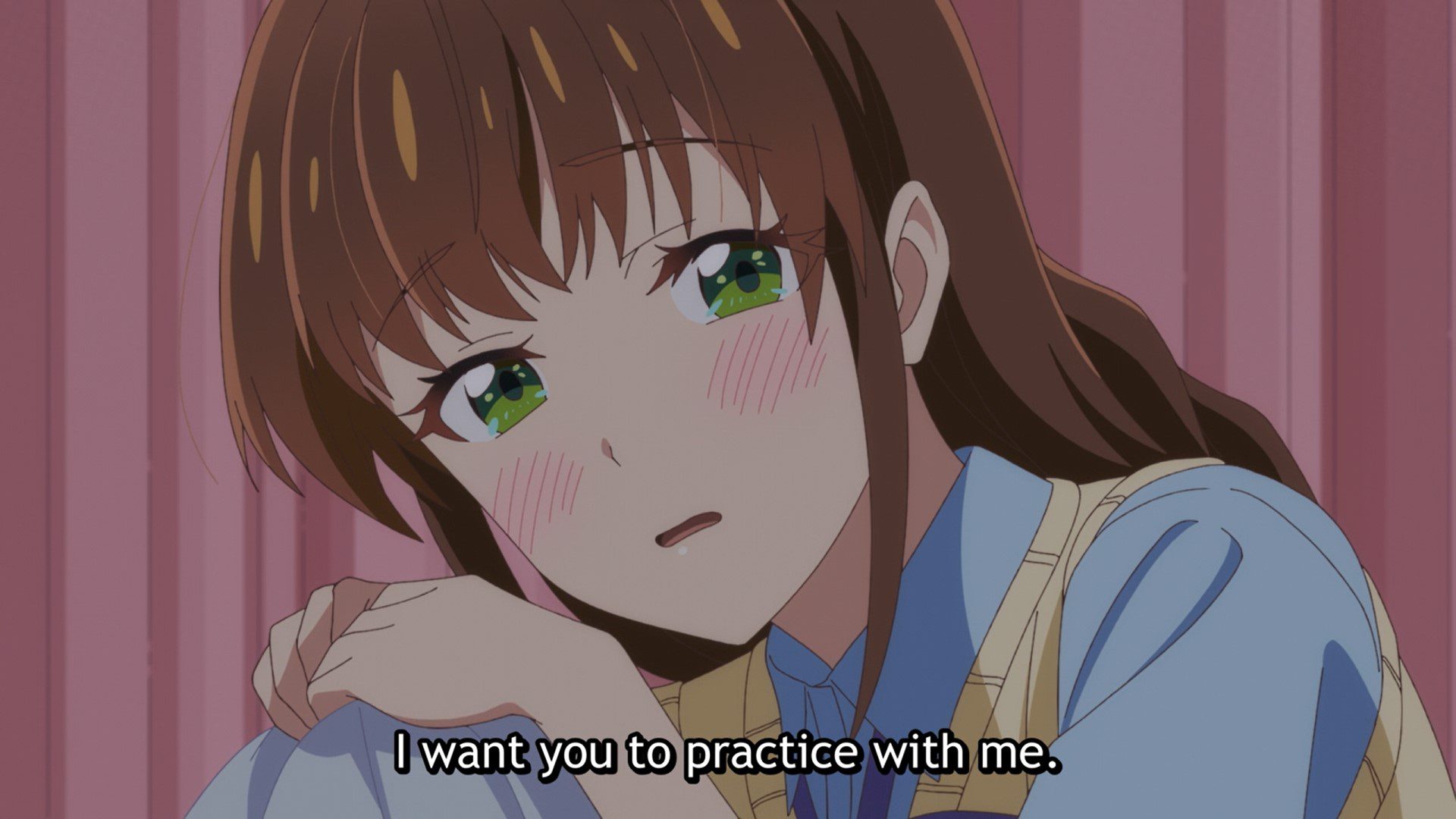 More Than A Married Couple, But Not Lovers Episode 7 release date is scheduled for the weekend, and we will dive into the new episode with Jirou and Shiori having shared their first kiss. Whereas Akira is relieved by the fact that Jirou and Shiori did not get intimate in the school and Jirou is still a virgin.

Although she wants to root for Jirou’s relationship with Shiori, she cannot get over the fact that Shiori might have been his first and not her, as she is now his wife. Sleeping next to him the whole night and making Jirou think that they got intimate, making him admit it was his first time. However, Akira later said that she was kidding.

Nevertheless, she kept saying that she wanted him to wait until their practical of playing house was over. While Akira is relieved that Shiori and Jirou did not get intimate, she has no idea that they kissed. It will be really interesting to see what her reaction will be once she finds out. Whereas, Jirou and Shiori’s encounter will also be awkward from now on, now that they have shared.

It will lead to an interesting More Than A Married Couple, But Not Lovers Episode 7, and fans are patiently waiting for the episode to be released. So, here we are discussing everything you need to know about the episode it will be available to watch. 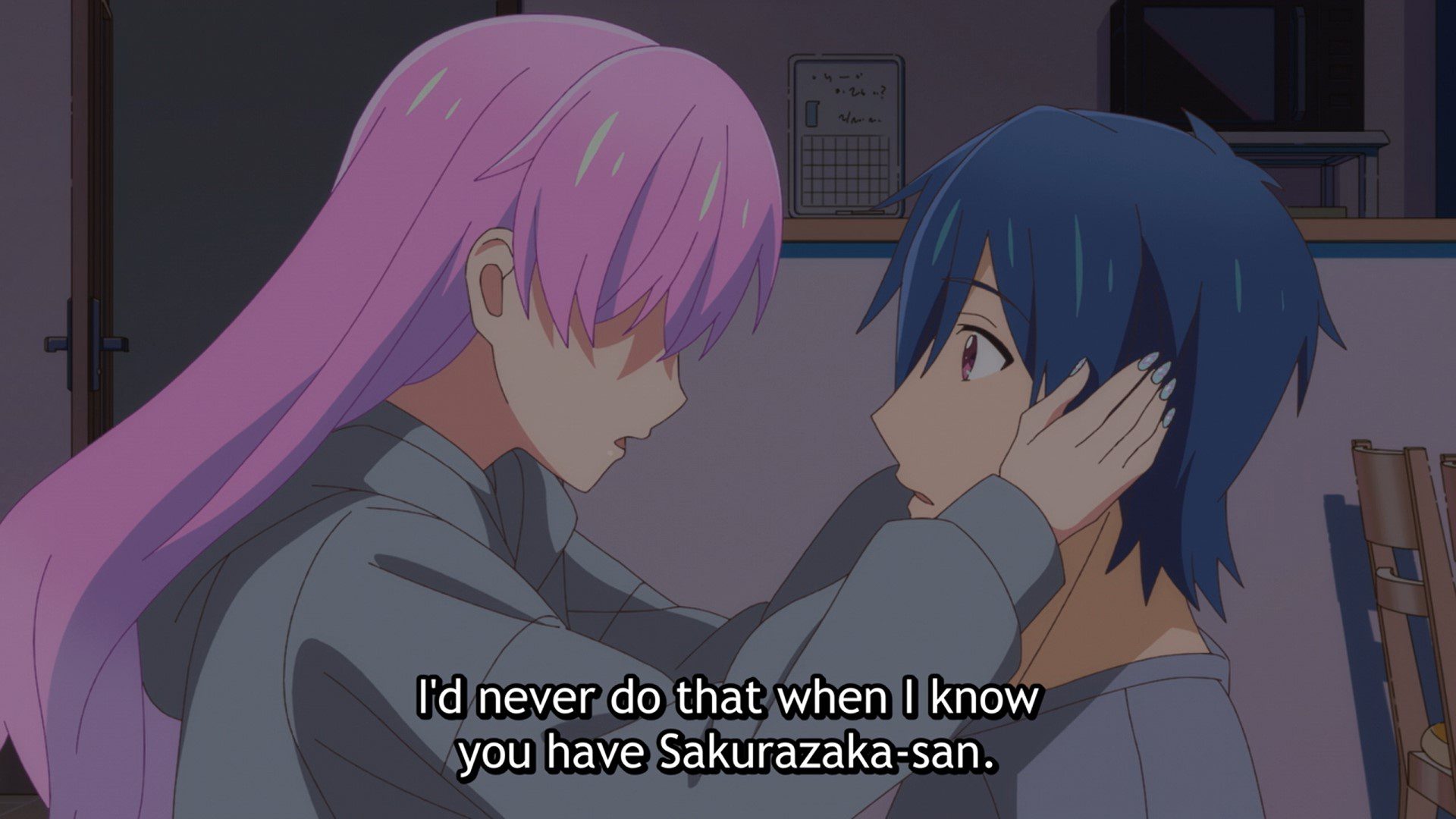 More Than A Married Couple, But Not Lovers Episode 6 – Recap

Akira keeps calling Jirou by his last name and seems in a good mood making the latter more worried as to why she is doing that. Jirou wanders on the internet as to why their girlfriend is suddenly calling him by his last name, and Sadaharu gives him some weird advice. Later, Jirou realizes that he also calls Akari by her last name and starts to call her by her first name, embarrassing her, and in return, she calls Jirou by his first name.

The second part of the episode begins with Shiori getting hit by a ball on her face, and she ends up in the nurse’s office. Mei tells Jirou that he should go and see her. Upon seeing her, Shiori tells Jirou that she wants to act like Akira with him and argue with him as well. She then insists that it would be better if she would share her kiss with someone she loves and asks Jirou if he would practice with her.

They end up kissing, and Sachi, who is in the room, think that they are doing something without knowing that it is Jirou and Shiori. Sachi ends up telling Akira that there was someone inside the nurse’s room getting intimate, and after realizing that Jirou and Shiori were in the nurse’s office from the test that Jirou sent her, Akira gets worried.

After coming back home late, Akira sees Jirou is waiting for him and sleeps next to him. In the morning, Jirou is surprised that Akira is sleeping next to him, thinking that he is not a virgin anymore, and Akira is relieved that Jirou did not do anything with her.

More Than A Married Couple, But Not Lovers Episode 7 Release Date And Time

More Than A Married Couple, But Not Lovers Episode 7 is titled “Fireworks, But No Embrace,” and it is all set to release on Sunday, November 20th, 2022, at 2:00 hrs Japanese Standard Time. The timing for the episode will vary. However, the episode will be available on Sunday in most of the regions at the times mentioned below;

Watch More Than A Married Couple, But Not Lovers Episode 7 Online