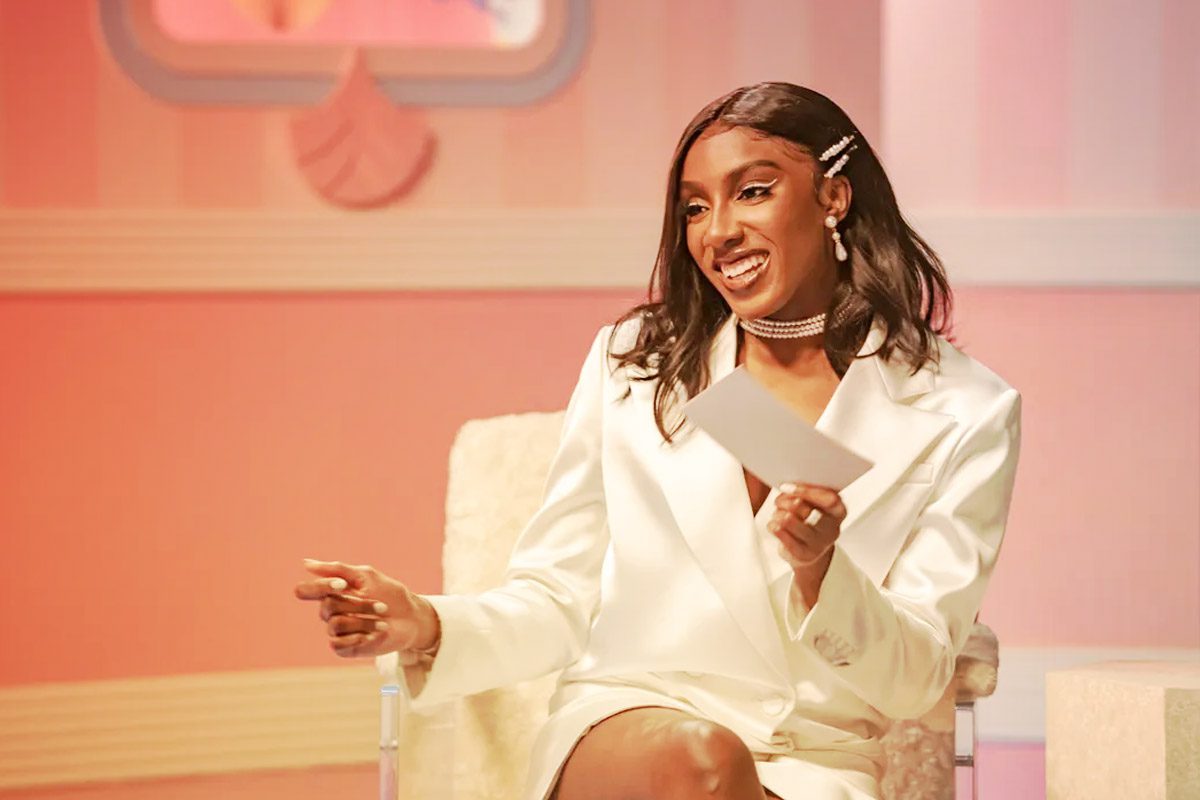 Ziwe Season 2 Episode 9 release date is quite close. This is a late-night talk show where we see celebrities coming on the stage to talk about their personal lives and other gossip. It is hosted by Ziwe Fumudoh and is filmed in New York City. Obviously, the best part about watching these series every week is the fact that Ziwe shows us how unapologetic and stress-free it is to go out there and explore social topics and other major issues in the country right now.

Also, we have a lot of talk about the personal lives of every guest and how it has been lately regarding any media confession or controversy. There are various segments on the series as well where we see the guests and even Ziwe do a variety of fun activities together and make up for everyone’s entertainment.

Back in Ziwe Season 2 Episode 5 titled Empowerment, we saw the two new guests coming to join Ziwe in her quest for boldness. They were supermodel Emily Ratajkowski as well as Mia Khalifa who is now a content creator. The trio is trying to talk about the female empowerment issues that are in the country right now. They also discuss how hard it has been for women to lead a new life after they have been associated 2ith a particular stereotype in society. Obviously, starting fresh is a tough subject and not everyone can do it. Later in the episode, Ziwe invited Luann De Lesseps in the lead where she put a whole new perspective on the female empowerment movement. In Ziwe Season 2 Episode 6 titled Gay Pride, we saw whole new guests in the form of drag queen Katya Zamolodchikova as well as actor Adam Pally. While discussing the gay pride moment and the corporate allyship, we saw a lot of tea on both the guests. Also, Ziwe gives us a premier of her next music video.

Back in Ziwe Season 2 Episode 7 titled Men!, we saw two guests coming over, that is, Michael Che and Julia Fox. Michaela and Ziwe try to understand how a male manages and understands various stuff of their psyche. While talking with Julia, the topic of Kanye West was brought up while she discussed things regarding patriarchy.

Benito Skinner, Michael Antonucci as well as George Civeris, and Sam Taggart were some of the few guests who came on the screen to join Ziwe. In the most recent Ziwe Season 2 Episode 8 of the season, we saw Bob the Drag Queen in the lead along with Deray McKesson. They all discuss democracy in America and how if it is even real or not.

Ziwe Season 2 Episode 9 release date is on the 4th of December 2022. The episode is titled Tech. It will drop out on Showtime at 11 PM Eastern Time. Fans of this late-night talk show can chill at home on Sundays and mark their calendars to watch the latest entries every week.

How to Watch Ziwe Season 2 Episode 9

Watching Ziwe Season 2 Episode 9 is quite simple. All fans have to do is open Showtime on their TVs but also do check the streaming details that we have mentioned above. The episodes will be available on Showtime’s official website later after the broadcast is over. The website only costs 3.99 dollars a month for 6 consecutive months if you buy the plan right now. Also, it will give you a free trial lasting 30 days.

Ziwe Season 2 Episode 9 is titled Tech. In this episode, we will witness Blake Griffin as well as Joel Kim join Ziwe on the show. They will discuss about the issues related to technology and how it is impacting the world in the modern days and even the kids at some point. They also will be seen facing artificial intelligence technology in the episode.