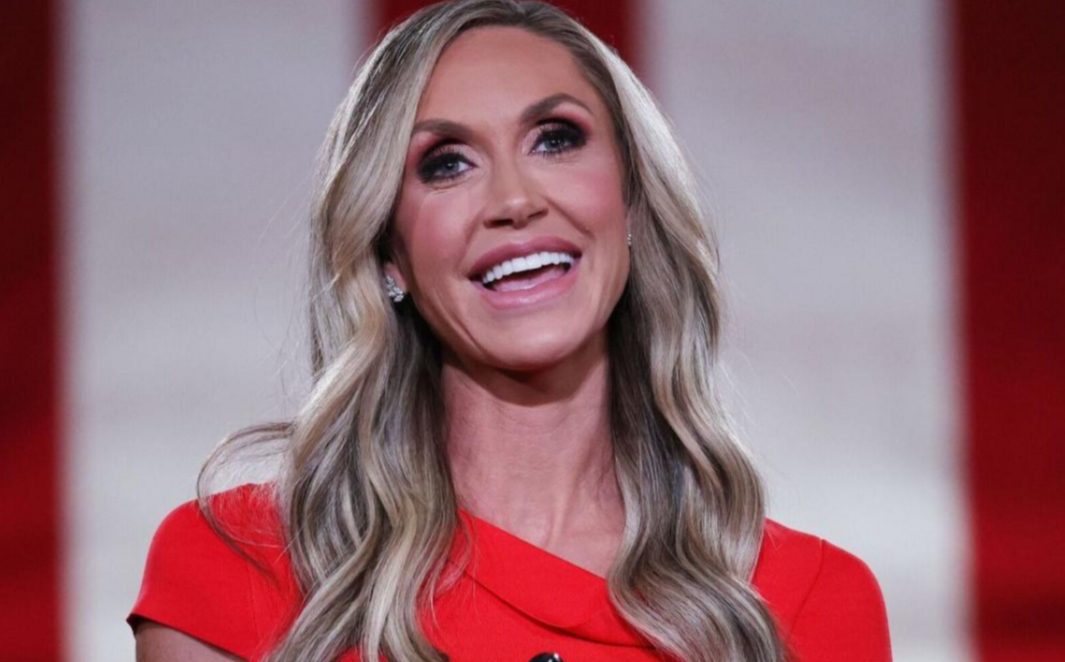 Want to know, who Lara Trump is married to? Yes, we are talking about the producer who recently made quite a few headlines by threatening DeSantis about a presidential bid. She is majorly known for being the daughter-in-law of the former US President, Donald Trump. However, she has her identity too. Before getting into Lara Trump’s personal life, let’s learn about her prominence.

Starting from the basics, Lara Lea Trump previously hosted and produced Trump Productions’ Real News Update. In addition to this, she also produced Inside Edition. Born on 12 October 1982, she is now 40 years old. She hails from Wilmington, North Carolina, United States. Last year, Lara joined Fox News as a contributor.

Talking about Lara Trump’s qualifications, she pursued a degree in communication from North Carolina State University. Later, she joined the French Culinary Institute for higher studies. Little did you know that Lara also campaigned with another far-right activist, Laura Loomer.

Coming back to Lara Trump’s relationship, it didn’t happen all of a sudden. She shared a romance with the love of her life, Donald Trump’s son, for several years. But, who is he? If you are looking for who Lara Trump is married to, here is what we know.

Meet Who Lara Trump Is Married To

Lara Trump is married to Eric Frederick Trump. In case you are wondering, he is the third son of Donald Trump. After dating for almost six years, on 8 November 2014, Lara and Eric tied the knot. Their wedding ceremony was held at a ceremony at Donald Trump’s Mar-a-Lago estate in Palm Beach, Florida. The couple also shares two children- Eric “Luke” Trump and Carolina Dorothy Trump, respectively. 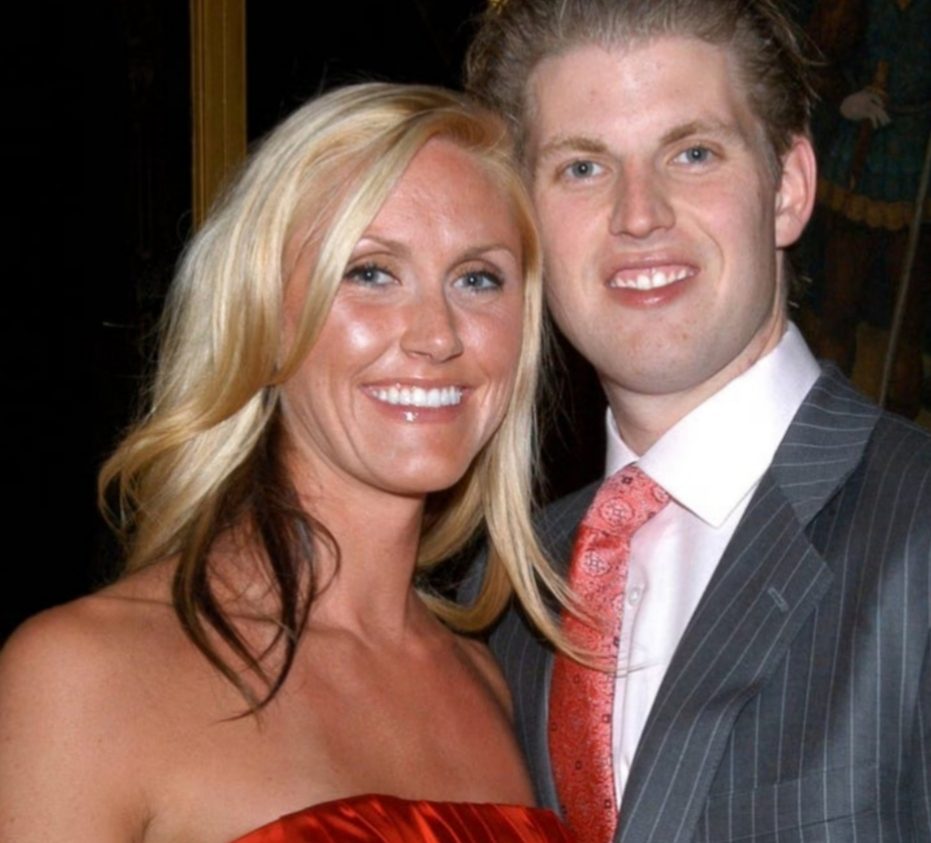 Talking about Lara Trump’s husband, Eric is a businessman and is the trustee of the Trump Organisation. Despite being from a very reputed family in America, he served as a television presenter for several years. Also, he is the former boardroom judge of The Apprentice.

How did things start between Lara and Eric? Both met each other back in 2008, while they were out with friends. They started dating after three months. Now, after their marriage, they live together in Jupiter, Florida.

Lara Trump got intrigued by Eric at the very start. But, he took five years to decide about spending his entire life with her. He proposed to her with the sparkling diamond platinum ring, from the now-defunct Ivanka Trump Fine Jewelry collection. It was very romantic and was at the Trump Seven Springs estate in Bedford, New York.

Lara Trump and her husband, Eric, share two pet dogs as well. They named them Charlie and Ben. It was in 2016 when they adopted the latter from a shelter in San Antonio, Texas. 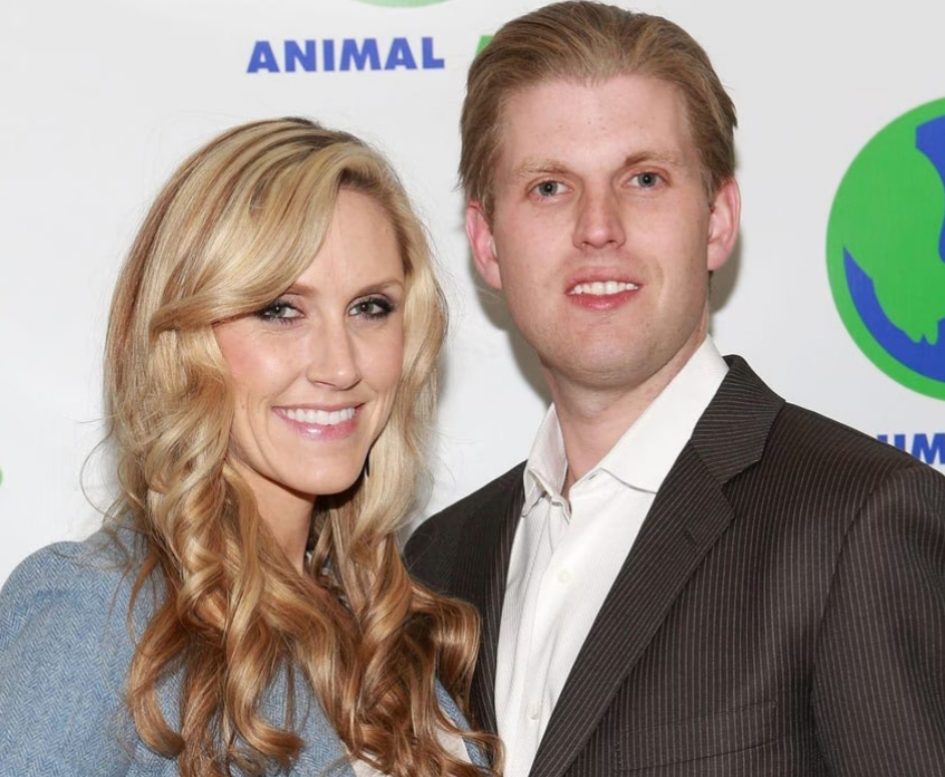 In 2020, Lara Trump opened up about her husband’s family in the event of the Republic National Convention. She said that she never thought that she would end up with the last name Trump. They make her feel like her own family and very comfortable.

As mentioned about Lara and Eric living in Jupiter, last year, the couple purchased an estate worth $3.2 million. It is reported to be inside the Trump National Golf Club gated community. It has five bedrooms and seven bathrooms. The backyard also has a pool, kitchen, and a full cabana bath. However, it seems like they returned to New York City as Lara joined Fox News. We are unsure about it.

Wishing Lara Trump nothing but the best for the upcoming days of her life. It’s very much evident that she is very happy with Eric Trump and also serving the Trump family organizations greatly. You may give Lara Trump a following on her Twitter account for more updates. Sending loads of love to Lara’s babies!

Also Read: Is Atz Kilcher Still Married To Bonnie Dupree? Everything To Know