With the series dropping its new season pretty soon, fans are curious to know how to watch BMF Season 2. The series has given us the themes of crimes and drama throughout its episodes but fans are craving for me and especially with that huge cliffhanger. I mean, we just saw the brothers, Meech and T get arrested by the end of the installment.

Well, given the fact that this series is based on factual data and is created by 50 Cent, we obviously know the history of the brothers and how this minor arrest actually did not stop them from rising to fame and getting their name established in the business.

The series gives a curious insight into the lives of these mafia brothers before they reached that point in their lives where the duo was practically untouchable.

The series starts on the streets of Southwest Detroit as the brothers are in The 50 Boyz crew. They have their fair share of disagreements with the gans and this is what caused them the most problems right now.

As they divide to separate from the group and make their own name in the drug trafficking industry, the biggest problems stopping them are the law and their old crew itself who would really not want the brothers to succeed over them. 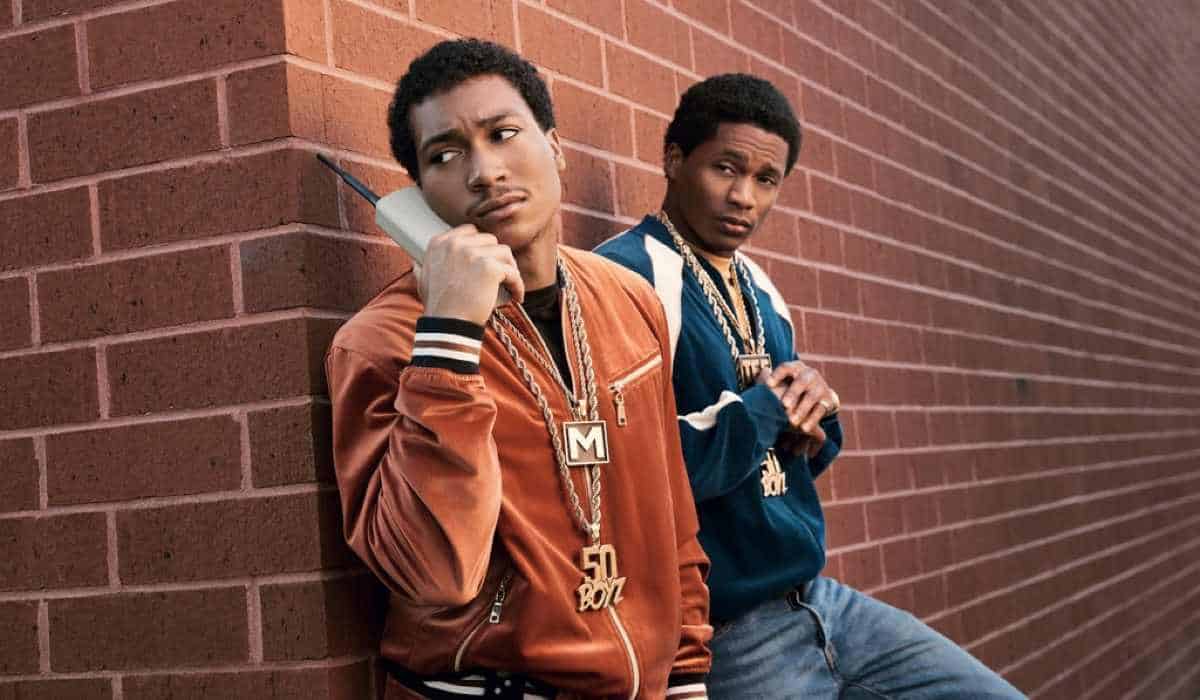 A still from BMF Season 1

But the backbone of their success lies in the loyalty they have towards their brotherhood and family which helps them climb up the social ladder. By the end of season 1, we saw that The 50 Boyz crew is making plans to kill off Meech. Also, at the conclusion itself, we saw the brothers come up with a name for themselves, the Black Mafia Family.

How to Watch BMF Season 2

BMF Season 2 will drop out on Starz TV at 8 PM Eastern Time. It will start airing from the 6th of January 2023 for the fans on the channel every week on Fridays at the same time. You all can tune into the network with the aforementioned broadcast details to explore the best live experience of watching this crime drama series.

Starz Play is available for all the fans who would want to experience the series online. The streaming platform can be accessed via a valid login ID and password. New episodes will drop out here at 12 AM Eastern Time for early access for all subscribers.

As for the first season, it is also available on Hulu for fans if they want to have a little recap before watching the new installment from out.

Live streaming option is also available for the cord cutters at home. This is made available through Philo TV, Fubo TV, and DirecTV. These options cost something around 69.99 dollars a month. Despite the high charge, they give access to almost all the American channels that you can possibly think of.

BMF Season 2 will see the two brothers at odds. They have different goals for their little business right now. Meech is aiming to expand their business outside of Detroit while T wants to focus on his own personal venture right now.

Despite their differences, the producers have promised that they will come back together in order to conquer the enemies. Also, The 50 Boys will become a bigger problem this season and it would be interesting to see the duo against the crew.