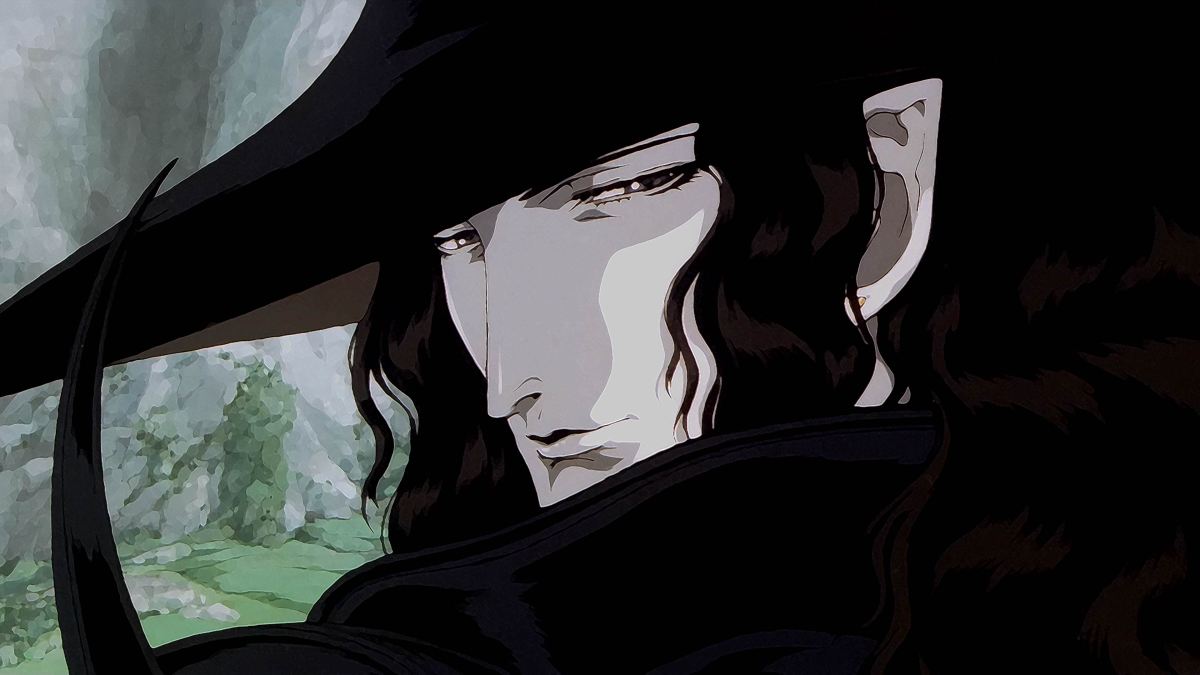 Vampire Hunter D: Bloodlust is a very popular anime that has been created by Hideyuki Kikuchi as well as Yoshitaka Amano. The genre of this tale is science as well as fiction with horror elements. The plot throws the entire spotlight on a vampire hybrid hunter whose name is D. The audience can follow him through his quest to save a girl from a sinister vampire. This particular girl is the daughter of a wealthy man.

Well, some might consider that this film has now got old. Nevertheless, it is still one of the best vampire anime out there, according to MyAnimeList. Many critics even argue that the manga on which the tale is based has revolutionized its genre. Although you have already finished watching the anime show and are looking for some more anime just like it, here we have wrapped up other content similar to Vampire Hunter D: Bloodlust to check out.

This anime series is all about a swordsman who goes by the name Jubei Kibagami. He is forced to comply with a spy from the government and all his commands to investigate a group of dangerous ninjas and their connection to a disease that is responsible for wiping out a whole village. Later in the scenes, we witness that this journey leads Jubei to reunite with someone from his past unknowingly whom he thought he would never meet again.

Like we have witnessed in Vampire Hunter D: Bloodlust, Ninja Scroll also has employed a lot of gore and violence and a dark ambiance that manages the dark tone for both series. Ninja Scroll is brutal to a level that many people would argue that it is an anime that will not fit with various fans during these days.

This anime show, Hellsing Ultimate, throws light on an association bent on eradicating some of the supernatural creatures to protect humankind. The main protagonists of this show are Integra Hellsing, who goes on to get help from her militia, as well as the vampire weapon called Alucard. Also, his companion Seras Victoria is on board to meet his goal. Just like we have witnessed in Vampire Hunter D: Bloodlust, Alucard is a warrior of the vampires who fight on a similar heroic end while getting help to some degree by a female who helps them. Even though the fact that Vampire Hunter D is a classic acclaimed by many in the vampire point of view included in the supernatural genre, on the other hand, some critics would argue that the manga of Hellsing Ultimate is the best of its genre.

This anime show, Blood+, is about a girl whose name is Saya. She is attacked by some weird monster that is very hungry for the blood of humans. Later in the scenes, we witness that a guy named Haji saves her but makes her drink his own blood. This makes Saya transform into a crazed hunter. After acknowledging the Red Shield Organization, which has some of the potential ties to her past, she decides to join her force with Haji. Just like we have seen in Vampire Hunter D: Bloodlust, the main protagonist of Blood+ also hunts vampires and other monsters in a multitude of packs that sometimes they may even outnumber themselves. Blood+ also has an equal level of gore and brutality and some of the abnormal creatures that were touched upon in Vampire Hunter D: Bloodlust.

Claymore is a show about a woman whose name is Clay. She slays monsters called Yoma while traveling along with her companion Raki. However, Clay’s desire is not only to slay the Yoma but also to seek vengeance against the one who has killed her master. Like we have witnessed in Vampire Hunter D: Bloodlust, Claymore has its own share of brutal scenes that are all set within a dark atmosphere. They are all capable of sending chills down anyone’s spine. Like the main protagonists D, even Clare is not going to hold anything back when she is in a heated battle. These characters’ nature is to the point where some people might argue that it makes her one of the best swordswomen in the history of anime.

This animated show is based on a boy whose name is Afro. He has vowed to exact vengeance against a man called Justice. Justice is responsible for killing Afro’s father in a duel claiming his Number One headband in that process. Later in the scenes, when Afro has finally got older and become an adult, he gets a chance to fight against Justice. Although he also has to fight against all the people whose sole desire is to take this opportunity away from him at this point.

Just like we have seen in Vampire Hunter D: Bloodlust, Afro Samurai is based heavily on its intriguing battle scenes in the animated version. This has proved to be a major magnet in pulling in the viewers into the world of shows. If a person was a fan of the swordsmanship shown to us in Vampire Hunter D, then Afro Samurai is quite similar as it is one of the best samurai anime of this genre.

Jojo’s Bizarre Adventure is all about a man named Jonathan Joestar. His father is the son of a prosperous man called Dio Brando. His only desire in life is to make the living of Joestar and his family a nightmare. The not the only fact that this rivalry between Jonathan and Dio leads to utter turmoil, but it also kicks off the future of the family members of JoJo and their struggle against otherworldly beings. Just like we have seen in Vampire Hunter D: Bloodlust, in Jojo’s Bizarre Adventure, there also is a condensed sequence of actions that feature the protagonist who fights against the vampires as well as some other supernatural monsters. This series is also animated wonderfully and will leave the people who love violence with satisfaction.