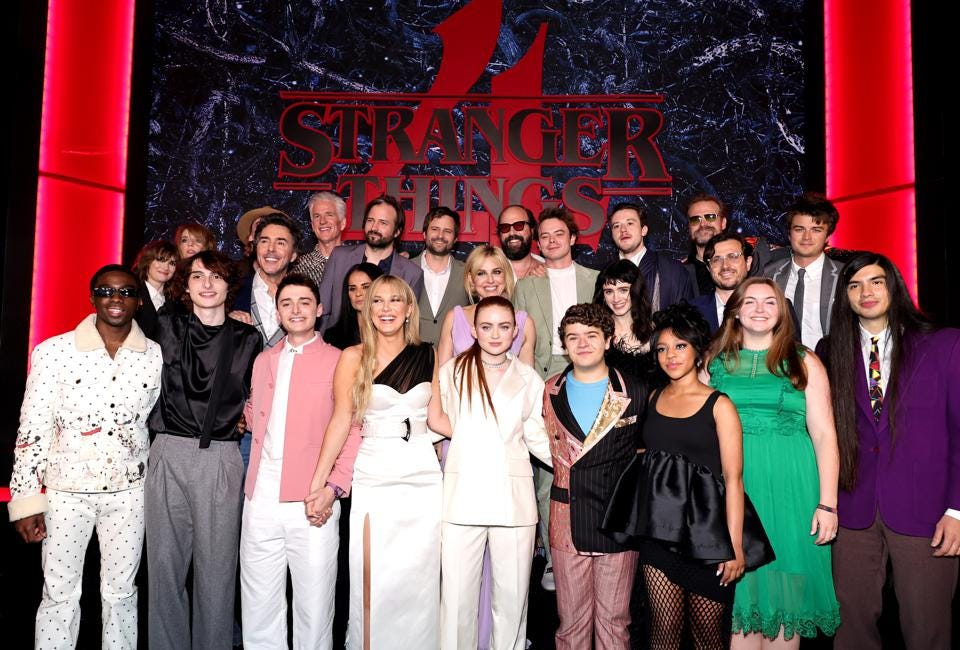 The fourth season of Stranger Things has finally premiered on Netflix after what seems like an eon of anticipation. The science-fiction drama has topped the ranks in almost all countries. As the fans search more about Stranger Things, they seem more interested in knowing about the cast and who they are dating. We also thought we’d look at who the crew is dating outside the popular Netflix series while trying to get Kate Bush’s song “Running Up That Hill” out of our heads.

The relationship stories of the Stranger Things cast members are very interesting. This group includes a Las Vegas marriage, an unexpected link to Taylor Swift, and even a show-related relationship still going strong in the real world.

Meet The Stranger Things Cast & Who They Are Dating!

Got no chance to watch Stranger Things’ new season? No worries! We’ve got you covered up! Scroll down to learn more about the cast of Stranger Things and who they are dating!

Millie Bobby Brown: In a Relationship with Jake Bongiovi

Millie is dating Jake Bongiovi, the 20-year-old son of Jon Bon Jovi. The couple started dating last year on Instagram, and in March 2022, they made their red carpet appearance at the British Academy Film Awards. At the May premiere of Stranger Things season four, Jake also stood by Millie. 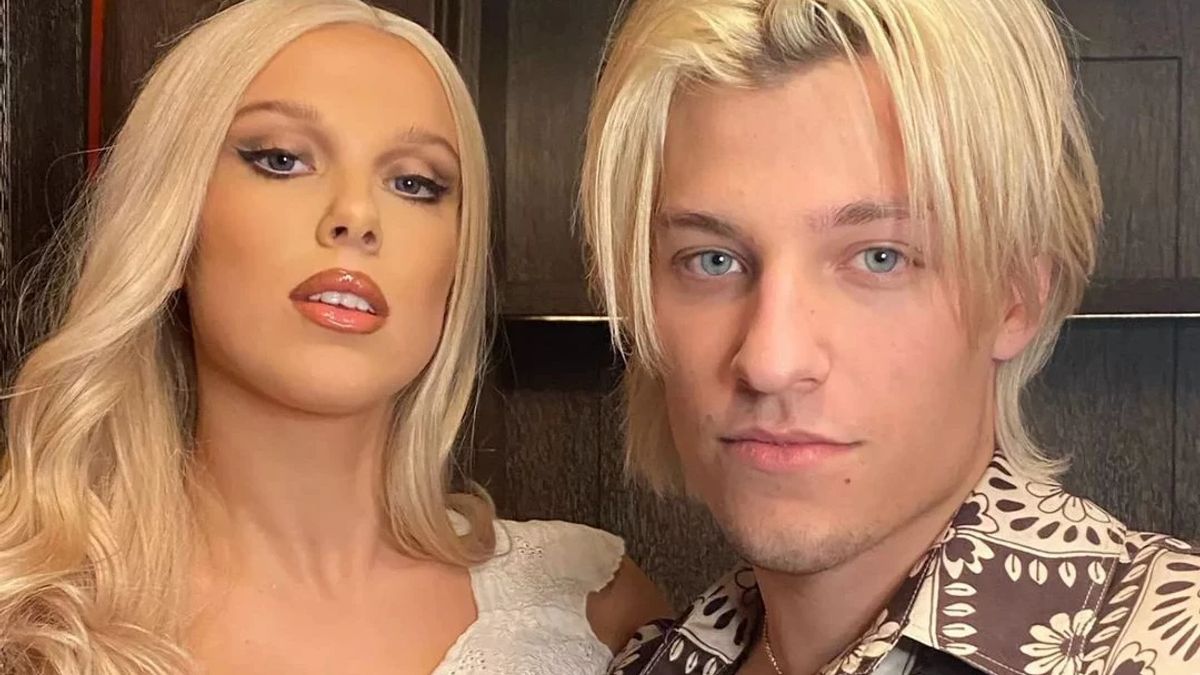 Finn Wolfhard: In a Relationship with Elsie Richter

In terms of love, Finn has plenty of it himself! Elsie Richter, an actress, and the 19-year-old are currently dating; nevertheless, they keep their relationship discreetly. In an interview from November 2021, Finn said that until he verified their connection, a fan warned him to reveal Elsie’s address.

Fans wanted Millie Bobby Brown and Noah Schnapp to date earlier during the Stranger Things saga, but the two have always merely been close friends. According to reports, he is not currently dating anyone.

While the actor who plays Lucas, Caleb, is probably single, Lucas is in one of the show’s sweetest partnerships. Even though he may simply be trying to keep things very quiet, he has never demonstrated any signs of being in a relationship. 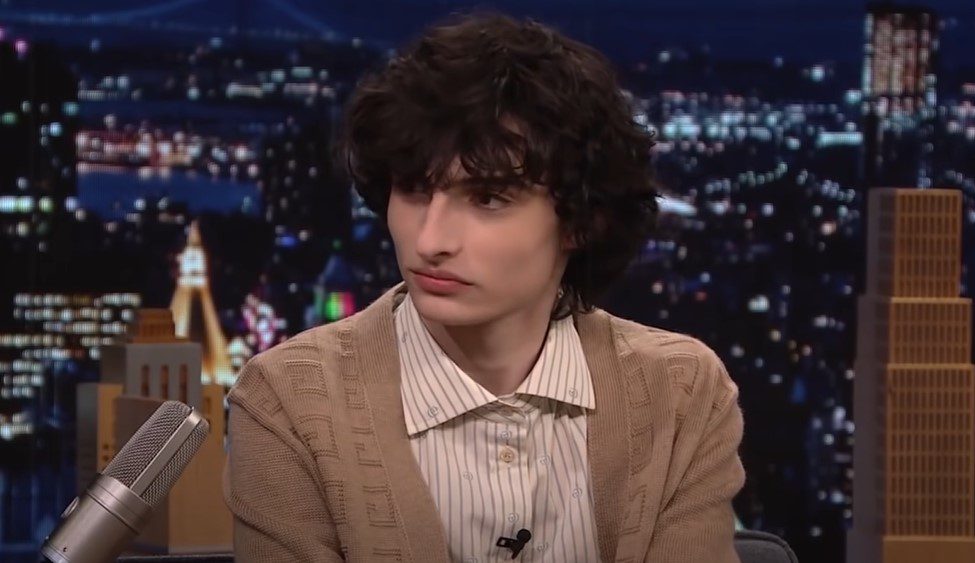 Gaten Matarazzo: In a Relationship with Lizzy Yu

Dustin’s on-screen boyfriend Gaten has been dating Lizzy Yu for more than four years. On March 7, he posted a sweet photo of Lizzy to Instagram to commemorate their anniversary with the caption: “4 years? It’s awesome. I cherish you. I appreciate you being my closest pal. Goob, happy anniversary.”

Lily Allen, a British musician, and David Harbour wed in 2019. An Elvis Presley lookalike officiated the ceremony, and the couple had their reception at In-N-Out, both of which grabbed headlines for their extravagant elements.

In the 1990s, Winona Ryder dated Johnny Depp; their relationship recently became public due to Depp’s legal battle with his ex-wife Amber Heard. But as of late, Ryder has been romantically involved with fashion designer Scott Mackinlay. Since their first public appearance together in 2011, more than ten years ago, the two had been secretly dating.

Joe Keery: In a Relationship with Maika Monroe 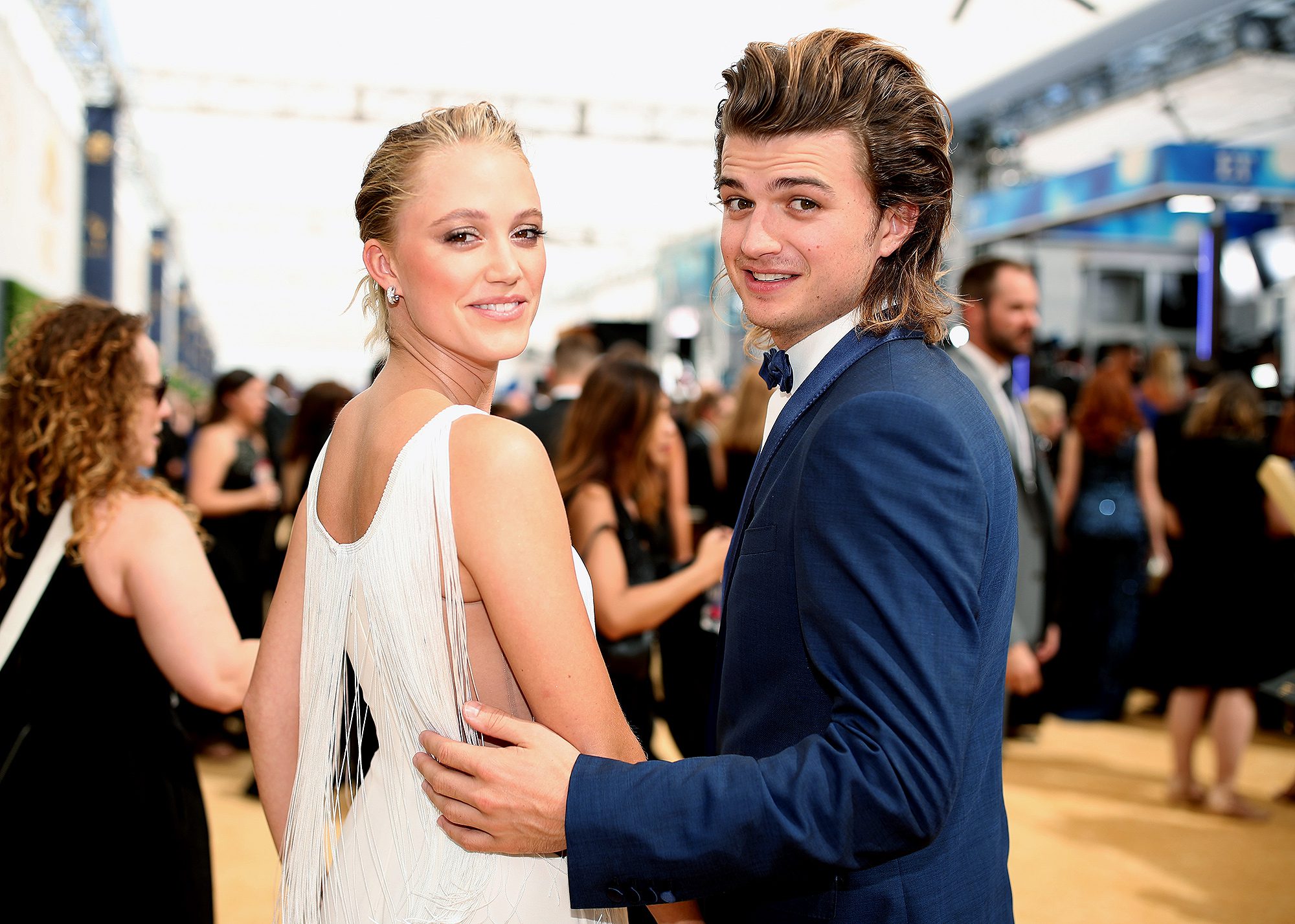 In the 2017 movie After Everything, Joe Keery and Maika Monroe were romantically involved. The couple occasionally appears together on red carpets, including this year’s prestigious Vanity Fair Oscars Party, even though they maintain their connection off-screen.

Natalia Dyer: In a Relationship with Charlie Heaton

Since the couple made their red carpet debuts in 2017 at The Fashion Awards in London, Natalia, who depicts Nancy Wheeler, & Charlie, who portrays Jonathan Byers, have been romantically together. Natalia doesn’t take their on-screen time together for granted because their characters are closely related.

Maya Hawke: In a Relationship with Spencer Barnett

The third season of Stranger Things introduced Maya Hawke, who soon cemented her place as a beloved character. Currently, Spencer Barnett, a musician, is said to be dating Hawke. The two are private about their relationship. However, they were recently seen together during Dior’s FW/22 women’s presentation. 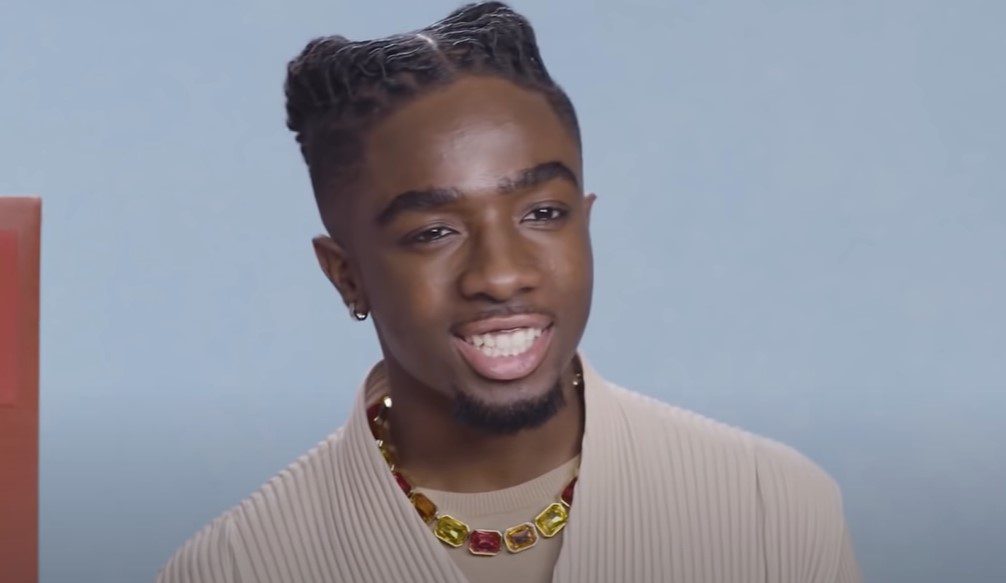 The Cast of Stranger Things and Who They Are Dating

Cara Buono has been blissfully engaged to entrepreneur Peter Thum for ten years, despite the troubling nature of her on-screen relationship with Joe Chrest.

Sadie Sink is single, like many of her co-stars, although she does have a cute real-life BFF friendship with Millie Bobby Brown. There were speculations that Sadie and Patrick Alwyn, brother of Joe Alwyn and current boyfriend of Taylor Swift, were dating back in 2021, but those rumors have not been proven.

Also See: Kate Moss’ Testimony In Depp-Heard Trial: Why Is It So Important?