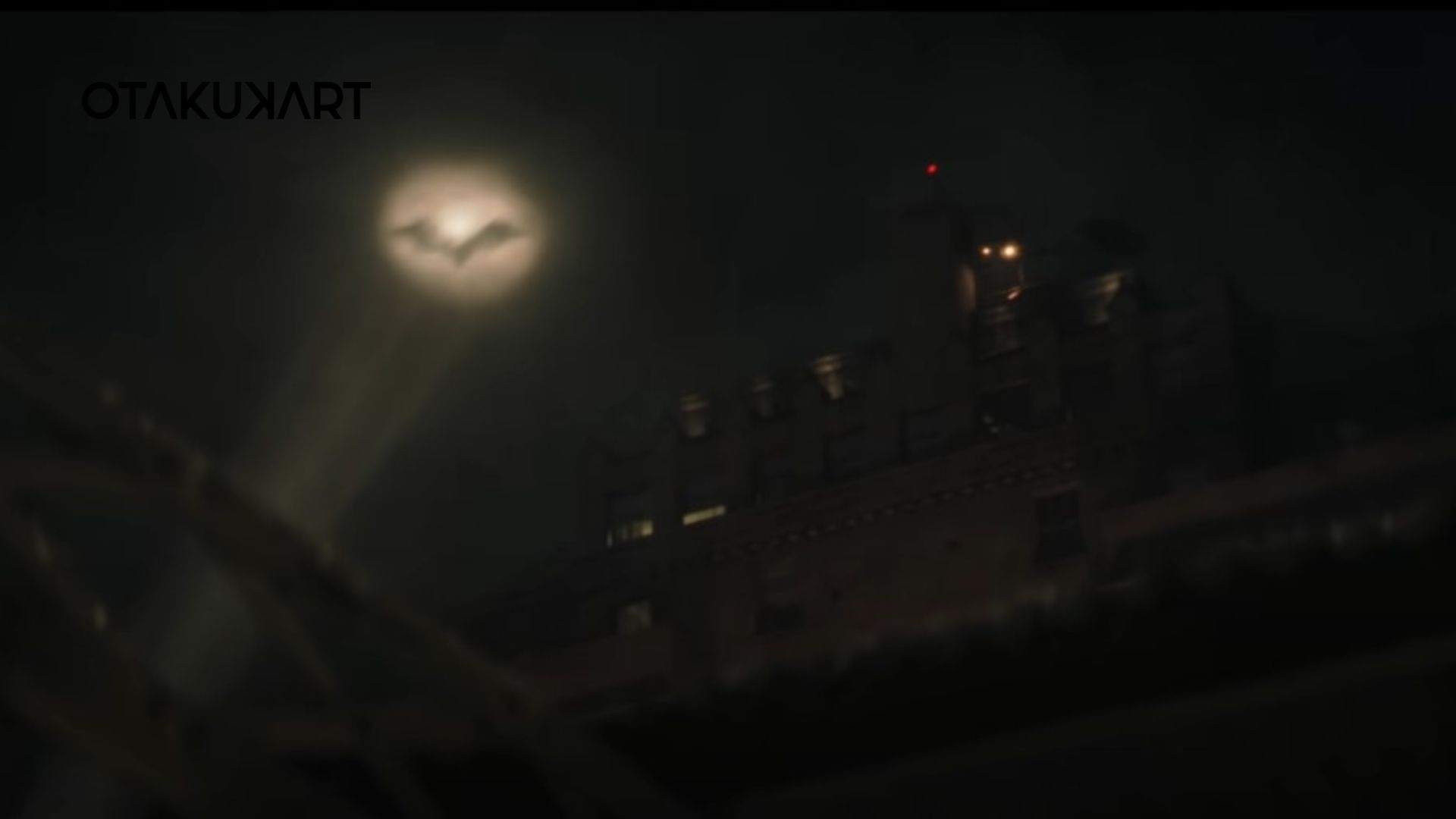 Top Exciting Moments in The Batman

Batman has always been DC’s most loved movie series of all time. It is a remake of the Batman movie series. Matt Reeves, who co-wrote the script with Peter Craig, is the film’s director. The Batman by Matt Reeves fulfills all of its promises. There are many Exciting Moments in The Batman. In it, Batman appears as a noir investigator who has lost almost all of his superhuman characteristics. But once more, it fulfills Matt Reeves’ promise and is fascinating in its own right.

But which scenes in a movie that lasts almost three hours are the most thrilling ones? What scenes have the viewers’ mouths hanging open? Which will have a lasting impact on the “Batman” legacy? This list fills that need. Here are some of the most exciting moments in The Batman ranging from those that made fans laugh to others that many are still reeling from. But before that, let’s see what this new movie has to offer.

Here’s a quick summary of what all will happen in this movie. Bruce Wayne has evolved into a nocturnal creature after two years of nights. As he navigates his path as Gotham’s dark knight, Bruce is compelled to play cat and mouse with his worst threat to date—a psychotic assassin called “The Riddler” who is consumed with rage and desperate to expose the rigged government while assassinating all of Gotham’s important political figures. Bruce must find the murderer and bring him to punishment while looking into his father’s real legacy and considering the impact he has had on Gotham thus far as “The Batman,” working with both old and new allies.

After the amazing vehicle race between Batman and the Penguin, Jim Gordon and the Caped Crusader put pressure on the owner of The Iceberg Lounge to spill the beans on what happened in Gotham so they could predict the Riddler’s future move. Although it would seem difficult for Matt Reeves to match the heart-pounding excitement of the last intense scene, this dialog-heavy scene is the ideal follow-up. While giving the viewers a chance to recover their breath, the fantastic pace of the film is maintained. 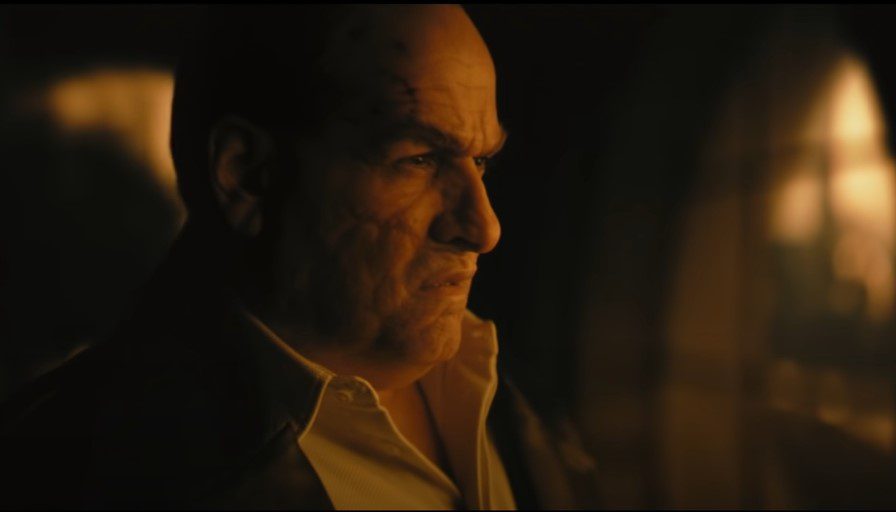 Beginning with Act 3 of The Batman, the Caped Crusader and the audience start to realize that the Riddler still has one more move up his sleeve. Edward Nashston is indeed an adversary who won’t give up easily, even if the many murders were essential to this bad guy’s aims. One of the most brilliant illustrations of just what makes the Dark Knight such an iconic figure is the scene wherein Batman and Officer Martinez put together the grand climax of the Riddler’s scheme. 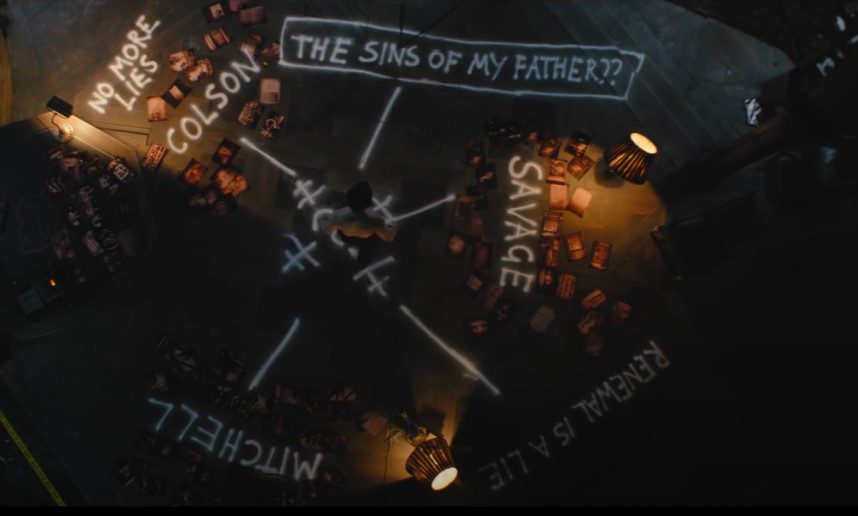 The Fight In Hallway

During Batman’s second invasion of the Iceberg Lounge, this scene appears. The entire sequence wasn’t that remarkable, but this particular picture was amazing. After cutting off the electricity to the lounge, Batman is seen fighting in a shadowy hallway. Up until Batman knocks all the goons to the pulp, we can only see as often as the gunfire allows us to see. You might recall a similar scene from the jungle in Black Panther (2018). 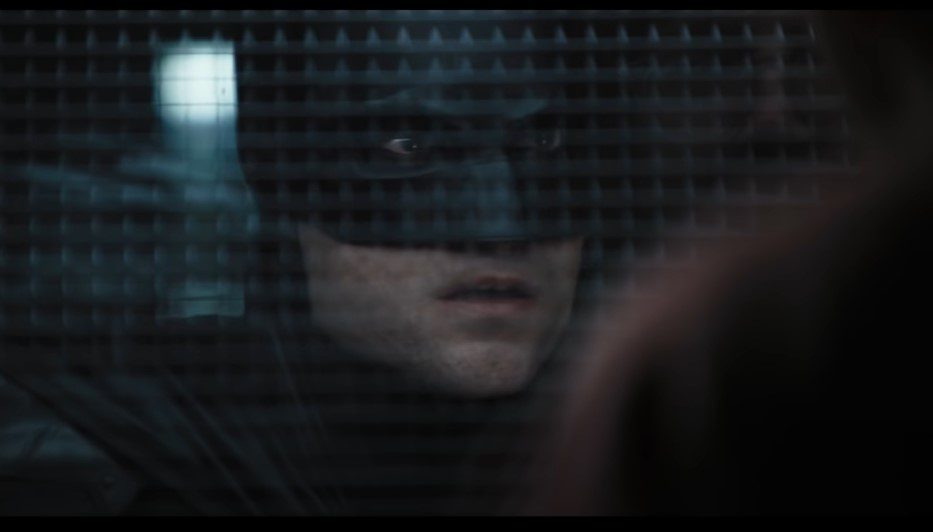 This specific scene stands out amid a not particularly thrilling or magnificent final battle. This particular image stands out as one of my favorite memories. In this particular episode, Batman cuts a cable, falling into the submerged Gotham Square Garden. He then assists those who are stranded below and fires a flare. As he leads them outside while raising the flame above his head, people follow him. But anybody is capable of doing that, so what makes this scene unique? In this particular image, the transformation of Batman from a weirdo in black to the hope of the city is captured. 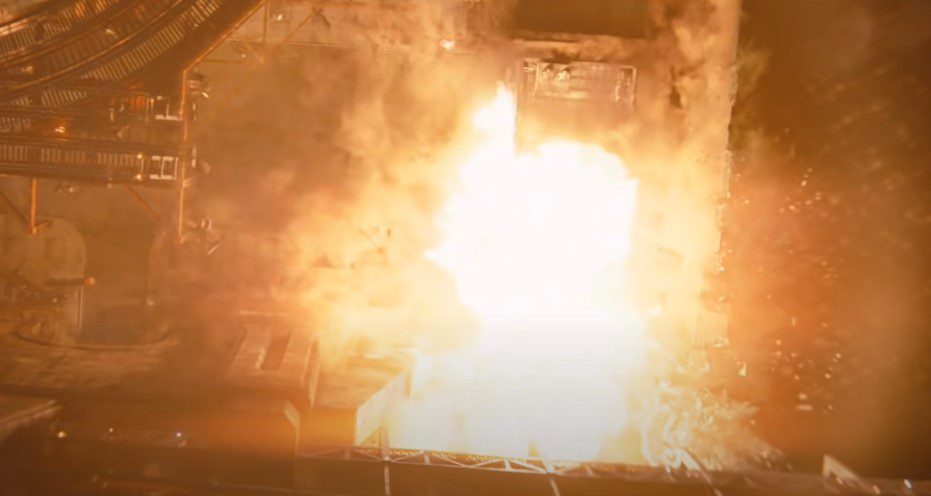 The car Chase Between Batman & Penguin

Long before the movie’s release, speculation surrounded the vehicle chase scene. Fans were eager to see it, and it more than lived up to expectations. This sequence was wonderful from the moment Batman lit up his Batmobile. Cheers to Greig Fraser for his excellent cinematography during this period. He has demonstrated his mettle yet again. The Penguin’s car wreck and Batman approaching him were the scenes’ high points.

Because of the excellent cinematography, you actually feel like you’re still in Penguin’s car as it crashes. And the picture of Batman approaching him while facing the wrong way is amazing! The Batman theme by Giacchino also gives you the extra shivers you need to cause a scene.

Also See: Where Is Footloose Filmed, The 1984 Classic?