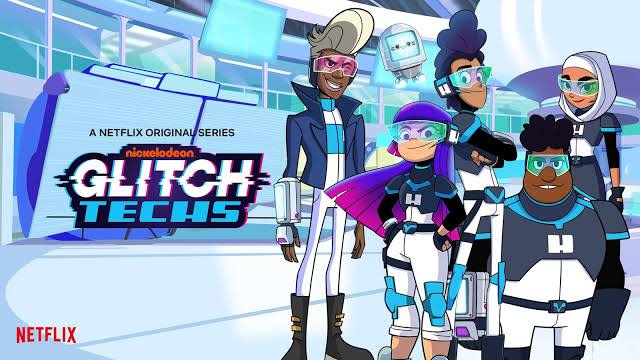 Giltch Teach is an animated tv series that is created by Eric Robles and Dan Milano for Nickelodeon and Netflix. It follows the story of teens Hector “(High) Five” Nieves and Miko “Me-K.O. The show takes place at Kubota in the city of Bailley, there is a group of people that are secretly dealing with glitches which causes video game characters to manifest into the world as energy beings. This operation is based on the coding of their affected games which creates havoc.

In order to stop these Glitches, there are people called Glitch Techs who work at a local game store as a front and they must use their gamer logic and equipment so they can counter and win. But their work doesn’t stop there as after capturing or destroying these Glitches, they are the ones who must fix the damage and erase any memories in order to prevent further panic. Our two protagonists unexpectedly became members of this group and with their skill, they must help to prevent disasters. 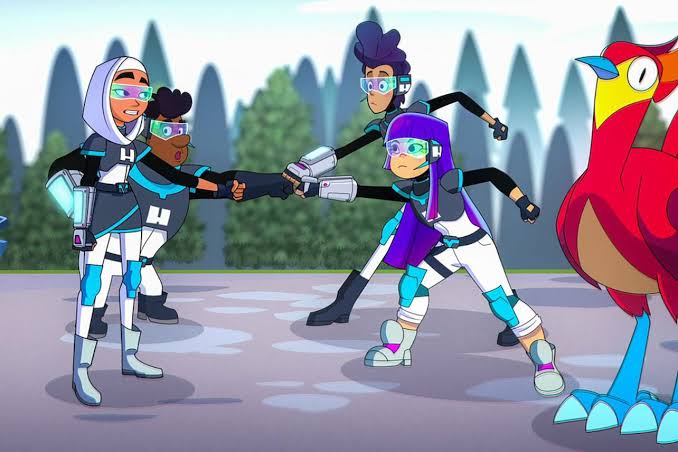 As for the cast it consists of Ricardo Hurtado as Hector who is one of the two main characters. He is an avid gamer with confidence issues who grow with Miko’s friendship. Monica Ray as Miko Kubota who is yet another main character. She is a sporadic gamer, she brings Five as well as herself into the Glitch Techs after remembering a Glitch event. Luke Youngblood as Mitch/MitchFTW. He is the number one Hinobi gamer in the city, as well as Five’s and Miko’s inhospitable senior Glitch Tech who has the tendency to abuse his power but he has a good side.

Josh Sussman as Bergy who is a noob of Glitch Techs but is a fast friend to Hi-5 and Me-K.O. after they join him on an XP Quest. Felicia Day as Emma. She is a specialist in training companion pets for Glitch Techs and many more. The show first started airing on 21 February 2020. The second season aired in the same year and it recently ended, with it fans are asking the question of when they will be getting the third season of the show.

Well, as of writing this Netflix has renewed the show for a third season but there is still a chance that show will get renewed because of the rating and viewership. These things are what big companies see before renewing the show and looking at the popularity of Glitch Techs, it is without a shadow of a doubt it will get renewed. As for the release date, if it gets renewed then it will be releasing in 2021.