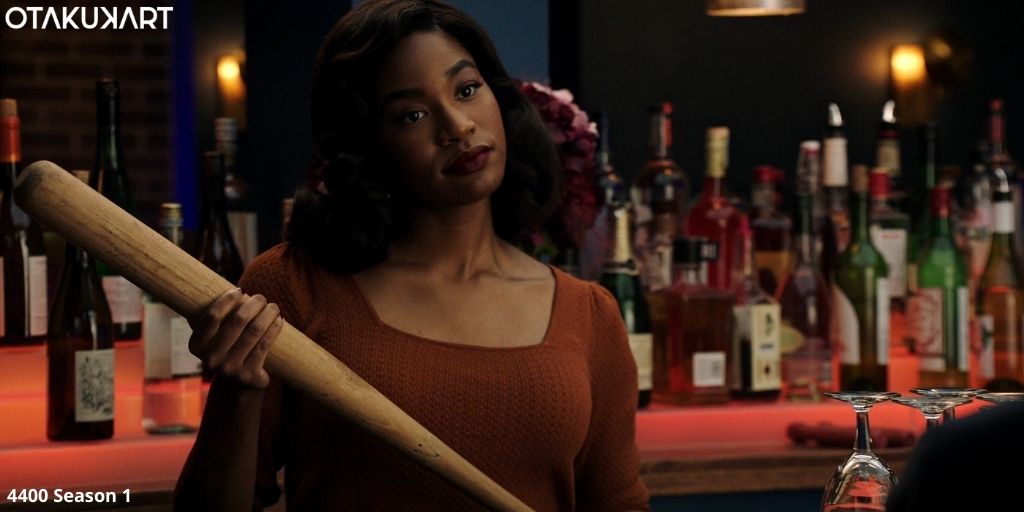 Things might get out of hand on 4400 Season 1 Episode 11 as many people might be planning an attack on the 4400. The previous episode gave us a look at Mildred finding herself scared and alone after her power display on the camera at the hotel. Furthermore, she was wanted by law enforcement and was in hiding due to it.

On the other hand, Jharrel was in the custody of the DHS as Jessica was trying to get answers from him about his brother Manny’s secret codes. In addition to that, she told him that they had his brother, which got Jharrel more worried for him, knowing what they did to others from the 4400. Meanwhile, things were tough at the hotel for everyone as they now had to depend on outside help for food and supplies. Additionally, the situation turned worse when the electricity was cut off at the hotel intentionally.

Keisha tried to get help from Soraya to figure out Manny’s code in the book, not knowing that she was working with Jessica. The latest ongoing mystery series has kept the fans hooked to the show with its intriguing storyline. However, now they are eager to watch 4400 Season 1 Episode 11. But before discussing that, let’s find out what happened in the previous episode.

Episode 10 of 4400 Season 1 titled “Give Up The Ghost” dropped on 24th January 2022. The episode began with Jharrel in the custody of the DHS as Jessica came in to ask him about Manny’s research. Furthermore, she told him that the DHS was holding Manny, and if he wanted to see him, he needed to tell them everything about his research. However, Jharrel kept on saying that he didn’t know anything and he hadn’t seen his brother for over a year. On the other side, Claudette was supplying essentials to Keisha for the 4400 at the hotel. Additionally, Keisha wasn’t able to find out anything about Jharrel that had got her worried. Meanwhile, Mariah told Shanice that she could help out by making a fundraiser page for the 4400 to organize crowdfunding.

Coming back to Jharrel, we saw flashbacks of his past with Manny and how the two brothers developed a stronger bond with each other. Whereas Claudette found Mildred hiding behind a dumpster near her bar and brought her into her apartment. After some time, she got her relaxed and found that Mildred had lost her powers at the hotel when Reverand held her back. Moreover, she was scared of going out, especially now that she was wanted. But Claudette told her about her secret that she had been buying supplies to make tear gas in the apartment. She wanted to be ready with everything so they all could defend themselves when the haters came looking for them. Moreover, she motivated Mildred to get a make-over not for hiding but for displaying strength. On the other side, Soraya took Manny’s book to Jessica and asked to step in and try to get answers from Jharrel.

Meanwhile, Jharrel had already figured out that the DHS was bluffing and didn’t have Manny with them. Whereas, Soraya helped Jharrel by showing him the doodles in the book, while he convinced Jessica he didn’t know where Manny was. Eventually, she let him go. On the other side, Keisha and Reverend were stuck inside the elevator as the power was cut off in the hotel. However, Logan and Andre teamed up and accessed the generator room and got them out. While Mariah’s fundraiser helped raise a ton of money from a single company that also bought the hotel. But this got Andre suspicious about the company’s interest in the 4400. In the end, Jharrel finally cracked the code and found Manny’s room no. in the hotel where he was hiding in plain sight with his invisibility powers. Eventually, he appeared in front of Jharrel as the two brothers united after a long time.

“4400 Season 1 Episode 11 will release on 31st January 2022 at 9 pm ET on The CW.” Moreover, the episode will be titled “You Only Meant Well”. The episode will see LaDonna returning to the hotel to warn Andre about the haters planning an attack on all of them. Meanwhile, Mildred will also come back and ask Reverand to give back her powers.

How To Watch 4400 Season 1? Streaming Details