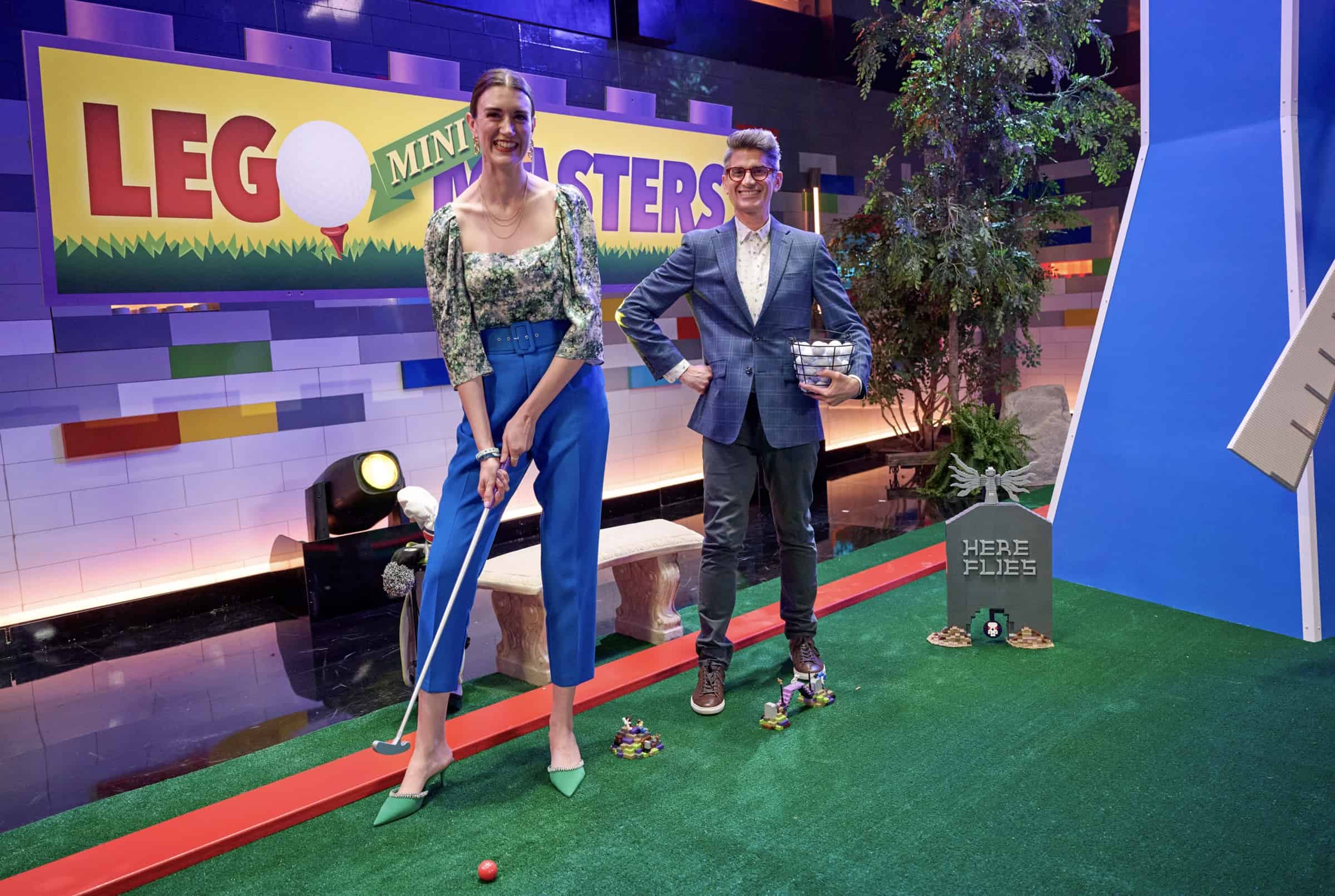 Lego Masters Season 3 Episode 9 release date is what fans are curious about. The series throws light on a reality TV series that has a competition situation going on. The inspiration for the show came from a British series of the same name. Well, the gameplay is quite simple. We witness two teams who are provided with Lego bricks and they will have to build a beautiful project from the same.

There are various challenges set for the teams that are told by the host Will Arnett. The contestants need to meet all these challenges for any particular episode. As for the judges, Amy Corbett and Jamie Beard from the Lego Group themselves have been invited to the series. Throughout the episodes, we have seen that sometimes there would be guest stars serving in the form of judges as well as hosts.

Back in Lego Masters Season 3 Episode 8, we saw that the contestants are required to go against each other in a challenge revolving around golf. The host describes the rules of the game. The teams are required to transform the Lego bricks into a playable mini golf hole. Also, they will have to adjust to the obstacles that will toughen it up for the ball to go inside the hole and also provide a story to the whole thing. 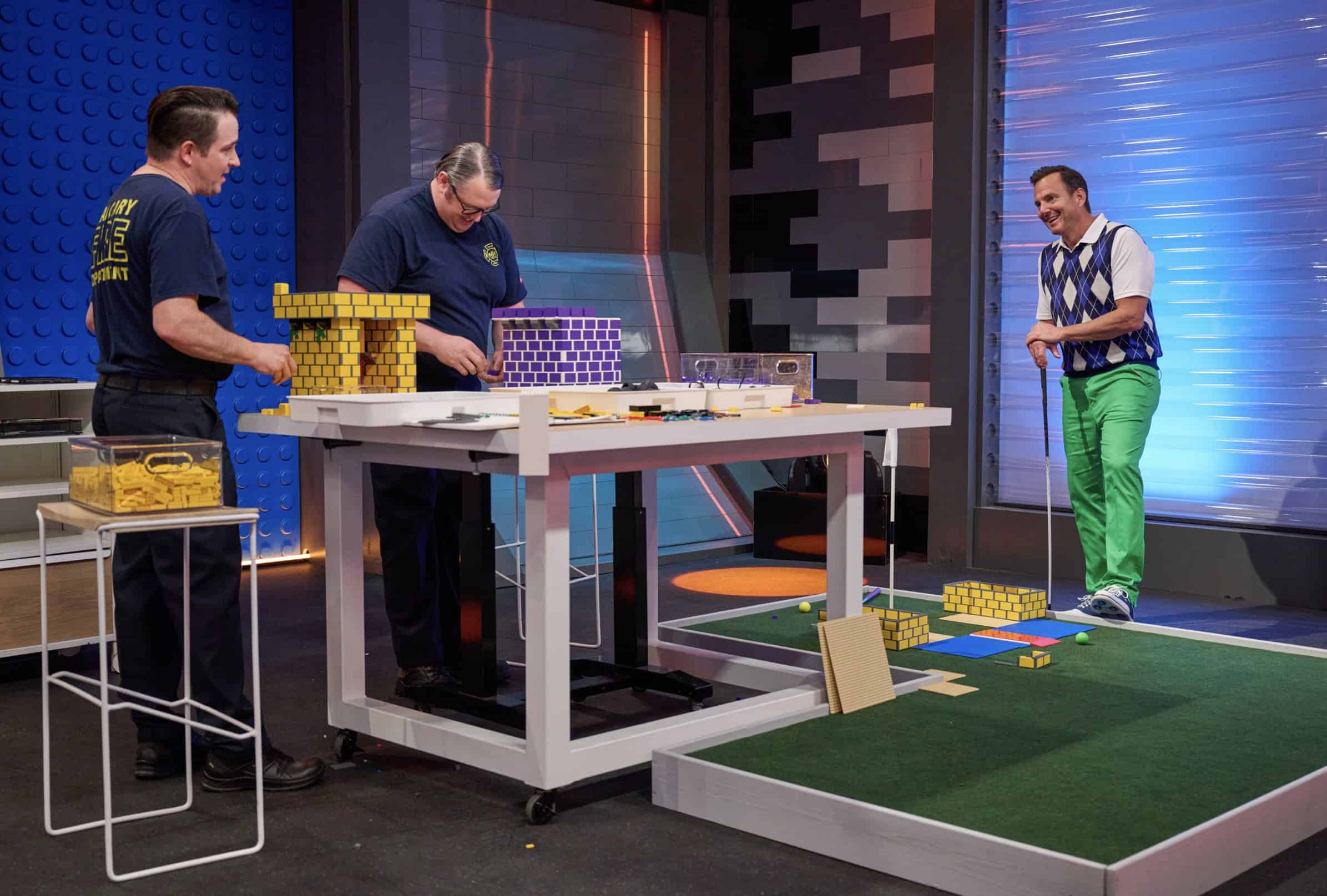 The episode started with Will as he pulled up in a mini gold cart in order to inform the teams to make their own golf course. Also, the course should have obstacles and be fun to play. Will is going to test the whole thing out and ultimately, the contestants will be judged based on their work in this huge Lego project. Both teams are provided with 9 hours in order to complete their project on it.

Well, the cameras visit the contestants when there are only 4 hours left for the challenge to be complete. He talks about what the prize will be for this episode. This time a Lego Mini Gold Masters Jacket 2ill be given to the winning side. Apart from that, there actually are a variety of new prizes this year that are totally awesome.

Now, Judges have entered to check on the progress of both teams. They are appreciative of what Austin and Justin have built but are super unsure of Nick and Stacey thinking they might lose again. Now, after a while, we see that time has expired and Will is super excited to play at the mini gold course. Also, Brendan and Greg think that they will not use their golden brick this time. Turns out that the top two teams which are by far the judge’s favorite are Dave and Emily as well as Austin and Justin.

But the ultimate winner of this episode and of the golf round is Austin and Justin. They got the Lego Mini Golf Masters Jacket. As for the bottom two teams of the night, we have Nick and Stacey as well as Ethan and Dom. Turns out the team that is going home in this episode is Ethan and Dom. Their power functions were not working properly and this was not appreciated.

Lego Masters Season 3 Episode 9 release date is on the 23rd of November 2022. The episode is titled Wrecking Balls to the Walls. It will drop out on Fox at 9 PM Eastern Time. Fans can check out the channel on Wednesdays every week for new releases this season.

Lego Masters Season 3 Episode 9 will air live on Fox. This is the best time to catch the episodes and we have also mentioned the date and time for tallying. Later, fans can also stream the episode from Fox’s official website. I suggest you have a valid ID and password before logging in.