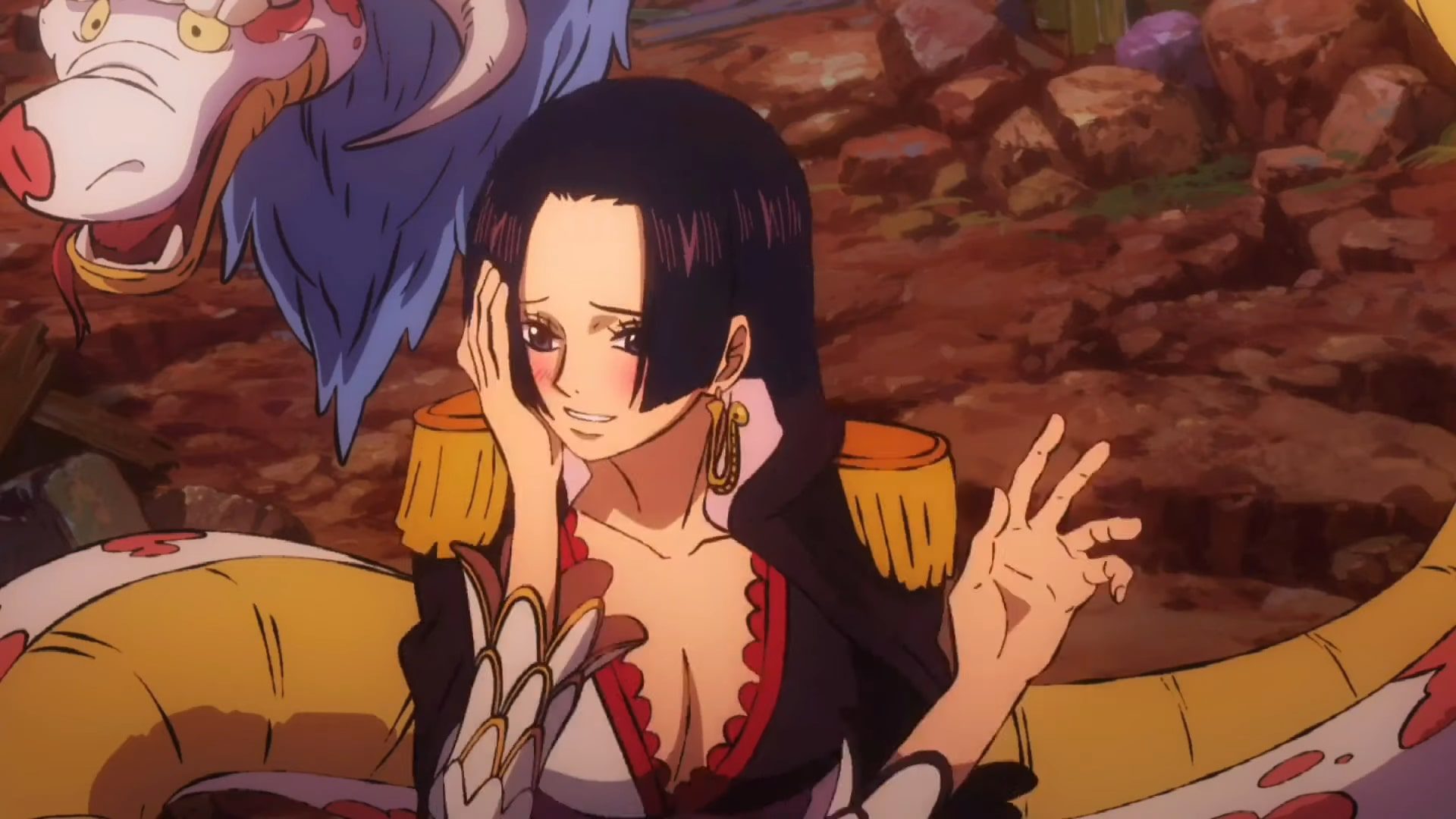 Boa Hancock is considered to be one of the most recognizable characters. She first appeared in episode 411 of the anime, with the title “The Secret Hidden on Their Backs – Luffy Encounters the Snake Princess.” She is known as the Pirate Princess and the Snake Princess. Meanwhile, she makes an appearance in chapter 516 of the One Piece manga, titled Pirate Empress Boa Hancock.

At first, she was introduced in the series as an antagonist as she was the captain of the Kuja Pirates. But she fell in love with Monkey D. Luffy and ever since then has been counted as part of the crew of the straw hats. She possesses the Mero Mero no Mi devil fruit, which allows her to attack opponents from a range and turn them into stone by using emotions of lust.

The captain of the Kuja Pirates is the only female warlord of the sea as she rules Amazon Lily with her two sisters, Boa Sandersonia and Boa Marigold. She is shown as a very sly character when she has to be. At the same time, she is a skilled liar who can create stories when she is stuck in situations since her demeanor and confidence always make her look like an arrogant person.

But despite her cunningness, her character has shifted from a selfish and wistful person to that who has a soft spot when it comes to Luffy. She has at several times been ignorant and considers Luffy’s actions romantic. A person who is sensitive and vulnerable around the main protagonist, Boa Hancock, is self-conscious as she is always on guard about how she is perceived by those who are not from the Amazon Lily. 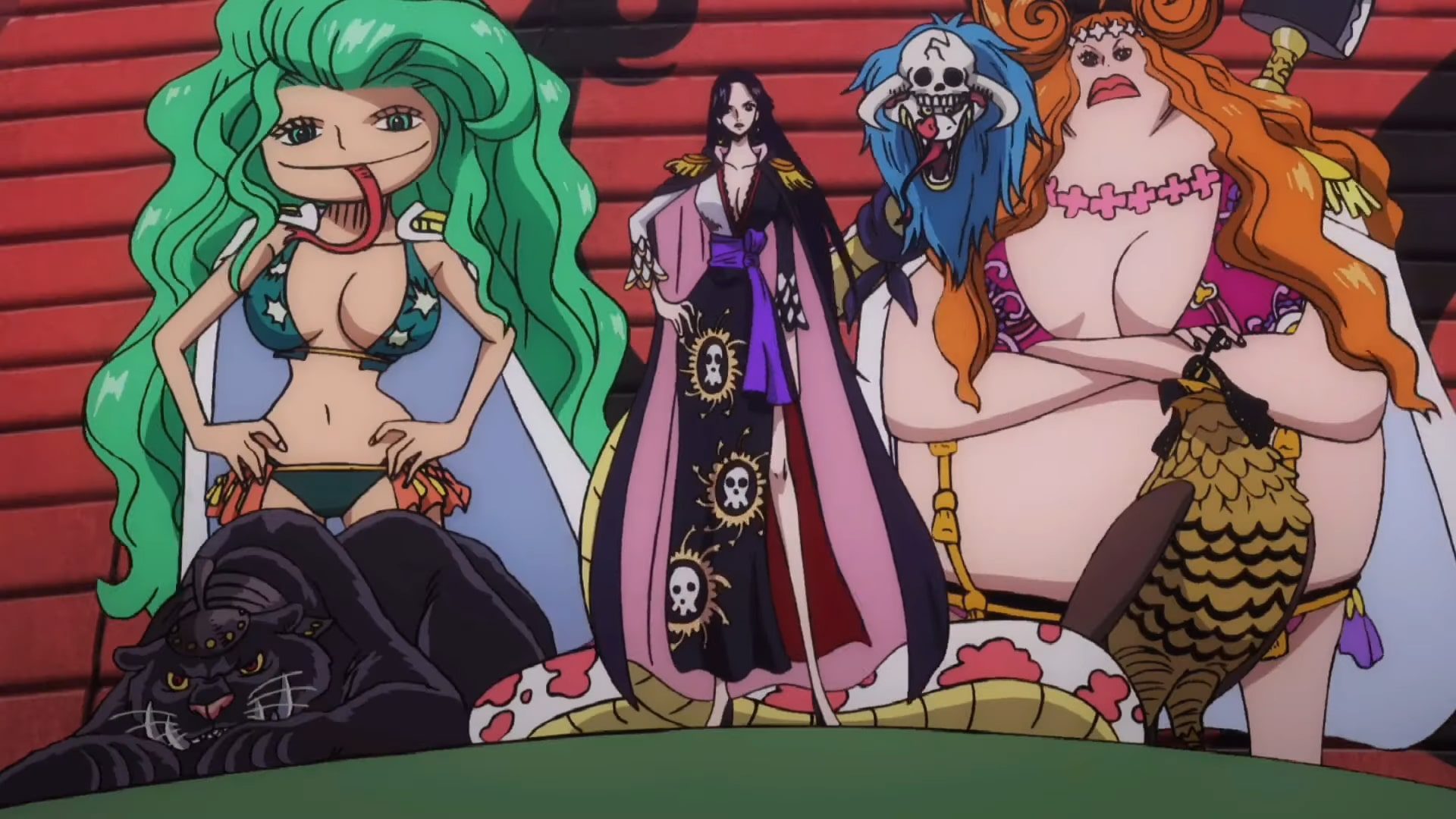 Where Did Boa Hancock Meet Luffy?

The Amazon Lily ruler’s first meet with Luffy wasn’t planned in any way. Her title was in trouble (in episode 411 of the anime)  as she was skeptical about aiding the Marines and following their command. While Boa was bathing after not agreeing to the government’s terms, her back was met with Luffy’s gaze. According to the past of the Hancock sisters- they had defeated The Gorgon monster and had received his curse. They had terrible eyes on their backs which could turn any living into stone if they looked at it.

Thus, no one was allowed in the castle where the sisters resided while bathing. Luffy wanted Kuja’s pirate ship and rode back to Sabaody since he had lost Nami’s navigation skills and was eventually lost. While Luffy wanted help from “someone important who resided in the massive castle,” he jumped around trying to escape from Kuja defenders who didn’t want him to enter the castle.

This led to Luffy accidentally landing in the bathwater where Boa was naked. Hancock is very conscious of the marks on her back. This isn’t because of any self-image issues but because the first ever man she saw after escaping from her captivity had burned her back, leaving a slave mark for her to remember. This was why she was judgemental towards men too. To think that Luffy landed in the same bathwater as her at this moment angered her to the core. 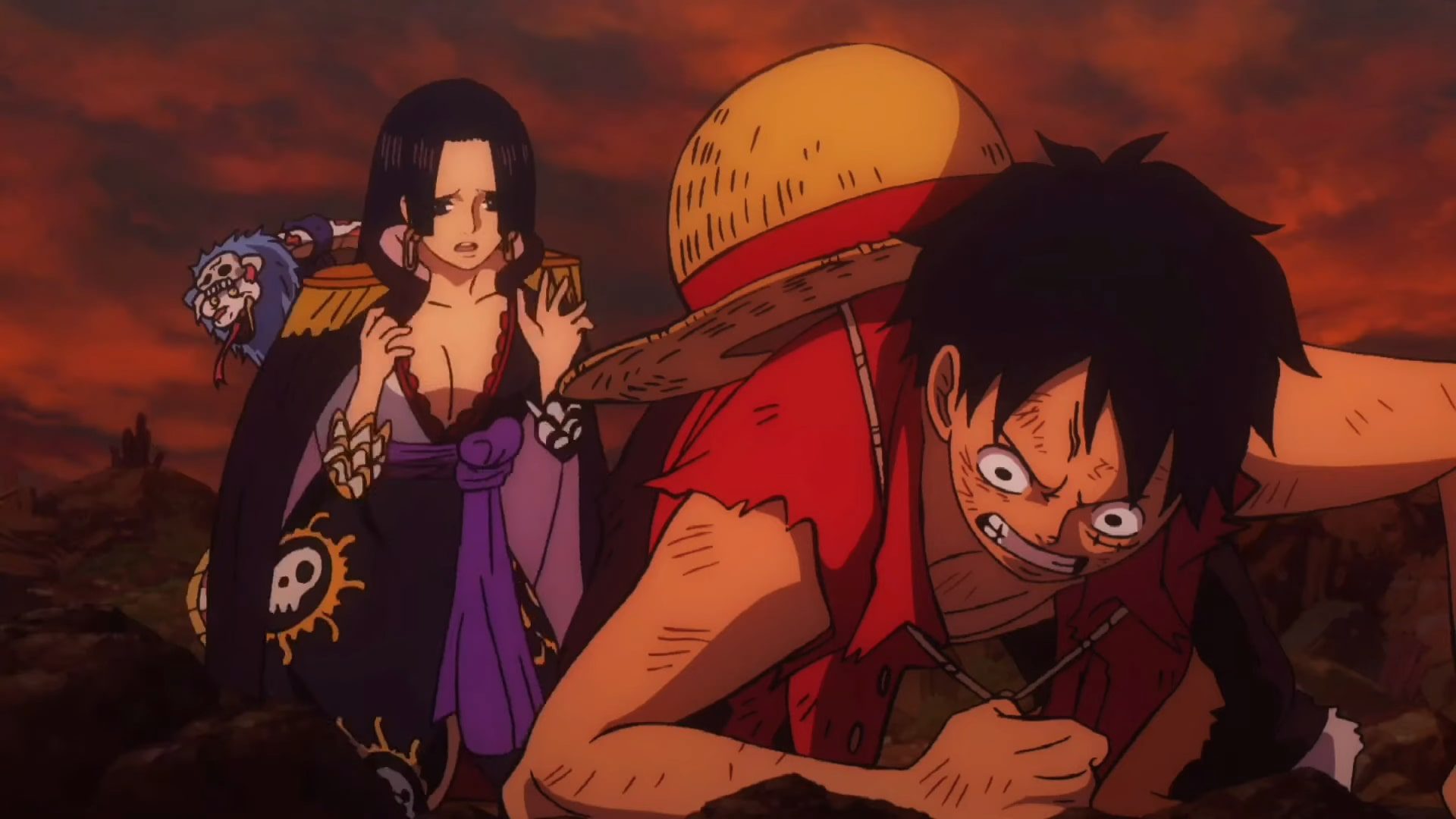 How Old Is Boa Hancock?

“Whether I kick a kitten, tear off your ears, even slaughter innocent people, the world will never cease to forgive my actions! Why do you ask? That’s right, it is because I am… Beautiful!!!”

When Boa Hancock was introduced, she was 29 years old. During this time, she left her homeland to join Luffy as she realized after the Marines and Blackbeard Pirates’ invaded Amazon Lily that her homeland won’t be safe if she stayed. So she left Amazon Lily under the protection of Rayleigh and Shakki.

After the time skip, she is supposedly 31 years old presently. Due to her immense beauty and hurtful past, she has the self-confidence of people to forgive her for the mistakes she commits because of the way she looks. This is one of the reasons why she doesn’t trust anyone and is shown as a character to us who is very blunt and selfish in nature with an ice-cold heart.

But, she has fallen prey to Luffy’s immunity towards her actions, and the fans cannot wait to see what the future holds for their complicated, perhaps one-sided relationship.

Also Read: How Old is Zoro From One Piece?