What would you do if you became the ruler of the entire solar system? Chopping your private parts might not be on the top of your list, but this is what Morty had to deal with in the most recent episode of Rick and Morty Season 6. Turns out that the grandfather-grandson duo is just at a universal pop-up on an asteroid trying to get some sandwiches. Morty stands in line, waiting patiently for his turn. He then stumbles upon the knights of the Sun, who are also there getting their hands on the sandwiches.

Rick was obviously against Morty trying to wait in line for some pesky business scheme, but the teenager did not listen. Later, the knights of the sun, upon seeing how honest and patient Morty is, decide to hand him his sword and kill himself. Rick again intervenes as he already asked Morty not to do it. But Morty gets the peer pressure and takes it. He and the other knight then reach the sun, where their bodies are protected by their special powers, which are helping them against burning down.

Anyways, they meet with the ruler of the Sun, and they all then go to the legendary cliff where knights get anointed for their duties. The deal breaker is Morty would have to chop his thing off as a major sacrifice. Well, he decides to back out, and Rick appears to help him as well, but the ruler of the Sun and the Solar System challenges him to combat. We all know Morty wins this, and now he is the first ruler of the sun with a d**k. 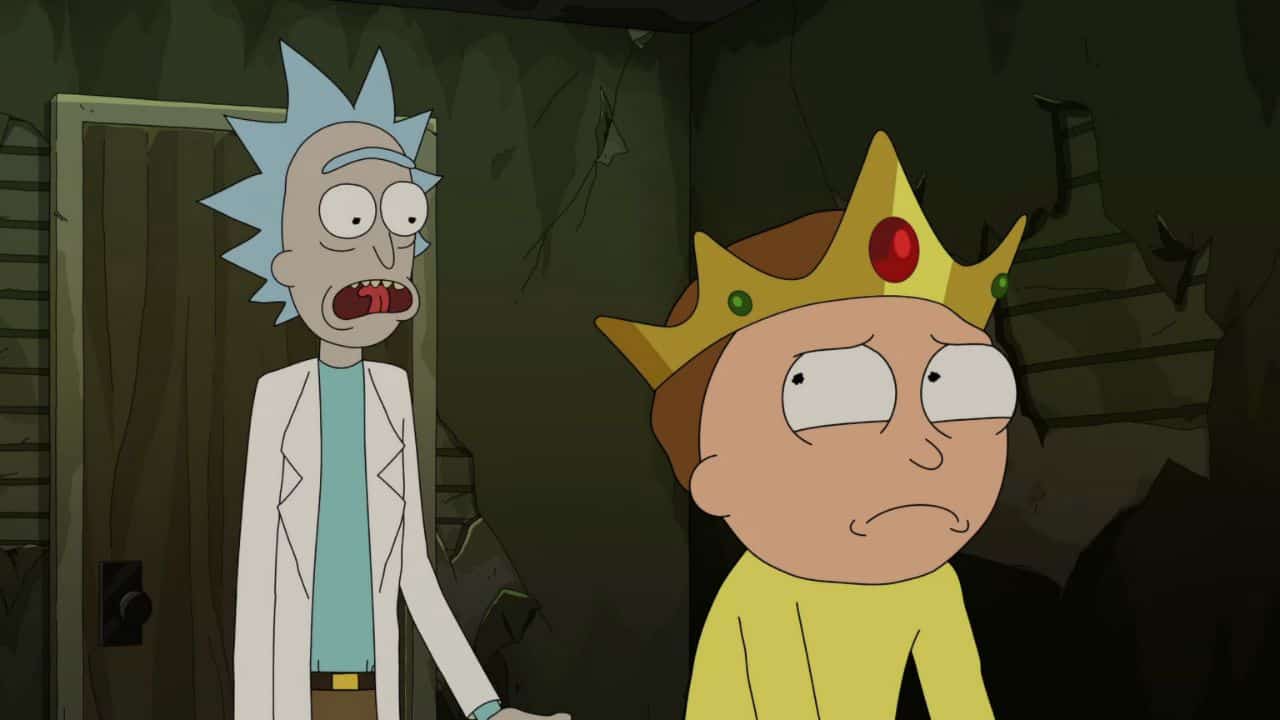 A still from Rick and Morty Season 6 Episode 9

But well, he comes back home to live his life on Earth. Turns out that the knights follow him because they are always with their ruler. After getting visibly irritated by their presence, Morty decides to tell them that it is not them who is holding all the planets together and that it is just science. This results in the knights losing all their faith and getting disappointed that they lost their parts for nothing. But well, as all the knights start leaving the sun, all the planets go into riots.

They arrange a meeting on Pluto, which is a neutral zone. Soon, Morty interferes, telling them that he is the new ruler and everyone is shocked. He actually takes this very lightly and lets them take the scepter (whoever has this thing is the ruler of the solar system). This creates a war within all the planets as they kill each for power. Ultimately, Morty had to intervene again and convince the knights to help him establish peace again.

Soon, as he agrees to chop off his pe**s, he is asked to go through various tests to confirm his trueness. Obviously, he fails, and Rick and Morty are required to run and fake their own death. Peace is thus restored as the knights of the Sun decide to update their culture of cutting their parts off. Also, the fact that Rick stepped aside and decided to let Morty have all the light in this episode worked like a charm. He actually was 22 percent nicer to him, which made all the difference.

Rick and Morty Season 6 Episode 10 release date is on the 11th of December 2022. The episode is titled Ricktional Mortpoon’s Rickmas Mortcation. Tricky title but yes, we are looking forward to it. It will be released on Adult Swim and Netflix.

How to Watch Rick and Morty Season 6 Episode 10

Watching Rick and Morty Season 6 Episode 10 is easy. You can either stream it from Adult Swim or Netflix. Both choices are available for a paid version. Fans can mark Sundays because this is when new episodes release every week on the platforms. Fans in India and other Eastern countries will be able to watch the episodes a day later on Monday because of the time difference.

Also read: 50 TV Series like Sherlock That Will Give You an Adrenaline Rush