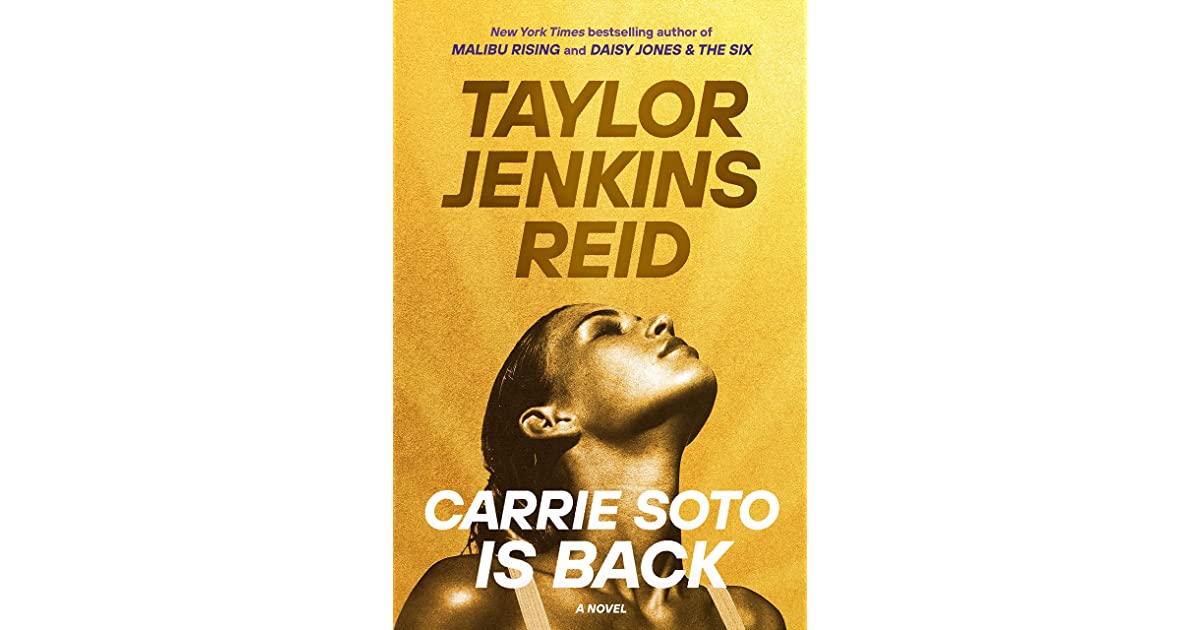 This week a new book releases by the amazingly talented, brilliant writer Taylor Jenkins Reid. It’s hard to control yourself when it comes to this woman. She has written almost fourteen books, and we are yet to find a book that is badly written or a book that doesn’t deserve a reader’s time. After reading several comments on Goodreads and seeing people’s reactions about the book on Bookstagram, thanks to the ARCs they received, it has been a hard and long journey of waiting for what shall now come to fruition.

The Seven Husbands of Evelyn Hugo, a.k.a. the famous and also our personal favorite book, the writer is back with yet another book. The author’s new book is titled Carrie Soto Is back. It finally hits the bookshelves this week on Tuesday, 30th August 2022. The cover looks gorgeous, as always. All of Taylor’s books have such gorgeous covers that you’d be deluded to think they must be good books. Indeed it is true. It is disappointing when the story doesn’t live up to the expectations set by the book cover.

But not only has her cover always amazed readers, rather the story, the writing style, and the quotes that have left an imprint with characters so real she truly is unreal. Because there’s no way she can write this good and be real. From finding what it means to be in love to the struggles of an actress in a world ruled by men, Taylor has always managed to invoke strong feelings as well as questions in her reader’s mind. This new book is certainly no less than her old releases. 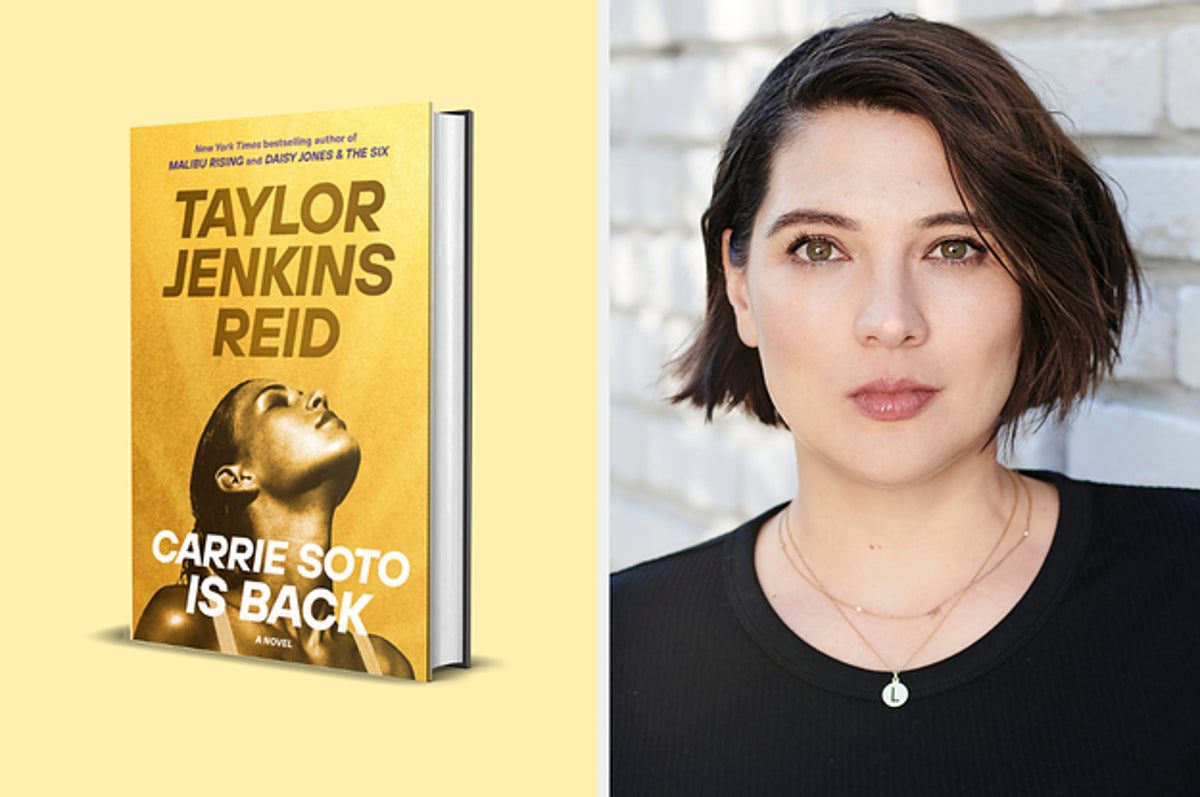 Plot Of Carrie Soto Is Back

Carrie Soto Is Back follows the return of Carrie, a legendary tennis player. She has sacrificed everything to become the best, so when she sees her record being taken by another player, she is determined to make a return and claim the throne that solely belongs to her. A guaranteed emotional story, this book is sadly also the last installment in the famous-women quartet standalone. This quartet about famous women includes The Seven Husbands Of Evelyn Hugo, Malibu Rising, Daisy Jones & The Six, and Carrie Soto Is Back. Taylor opened up in an interview, saying that she has come to the end of one road, “fame” being the road, and she thinks it’s time for her to choose the next road.

All three books except the latest release have already been picked up for adaptations. Daisy Jones & The Six will be released as a series on Amazon Prime Video. The Seven Husbands of Evelyn Hugo will be available as a film on Netflix. Malibu Rising is being adapted as a series for Hulu. Apart from these books, her famous book One True Loves, which is about a woman who finds herself torn between two lovers, is also set to be turned into a film. 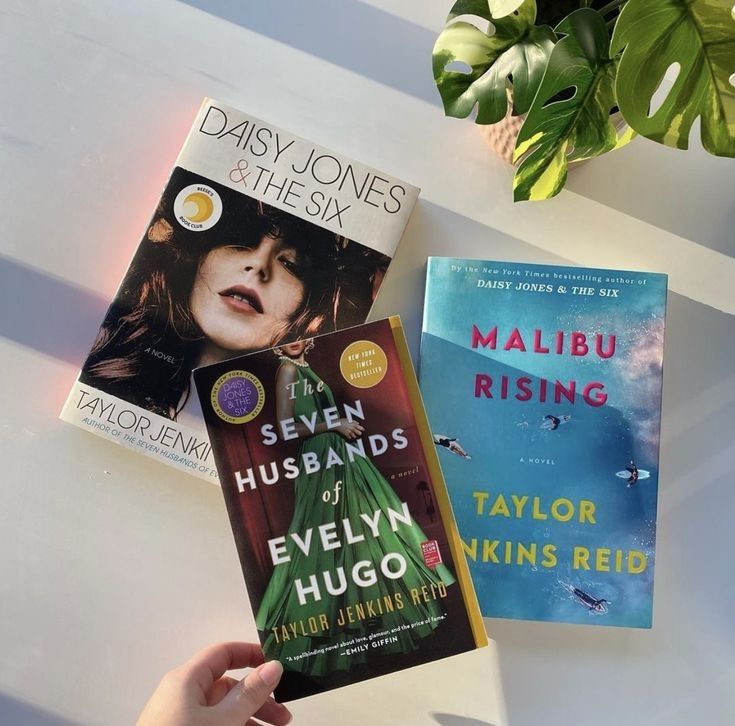 Taylor’s Books And Her Plans For Future

A movie star, a rock star, a supermodel, and now a tennis player, Taylor wonders how much she wants to give and hide as she writes about these fierce fictional women. After writing nonstop for a decade, Taylor is finally accepting the fact that she needs to lie down and relax. This is exactly what she will be doing once her book tour is over. One of the great qualities of Taylor’s books is that you don’t necessarily have to be a tennis fan or supermodel to understand what her characters are going through. Carrie Soto Is Back is the same as well, you don’t have to be a tennis fan to understand Carrie’s story. This book is about strong women, family, love, passion, fame, and doing whatever it takes to be at the top.

Like every book that has been on our radar, this book will now be added to our ever-growing TBR pile. The book hits the shelf on 30th August, which means we will be waiting outside the bookshop to grab our own copy, and you should too.

Also Read: Where To Watch ‘The Seven Husbands of Evelyn Hugo’ Online?