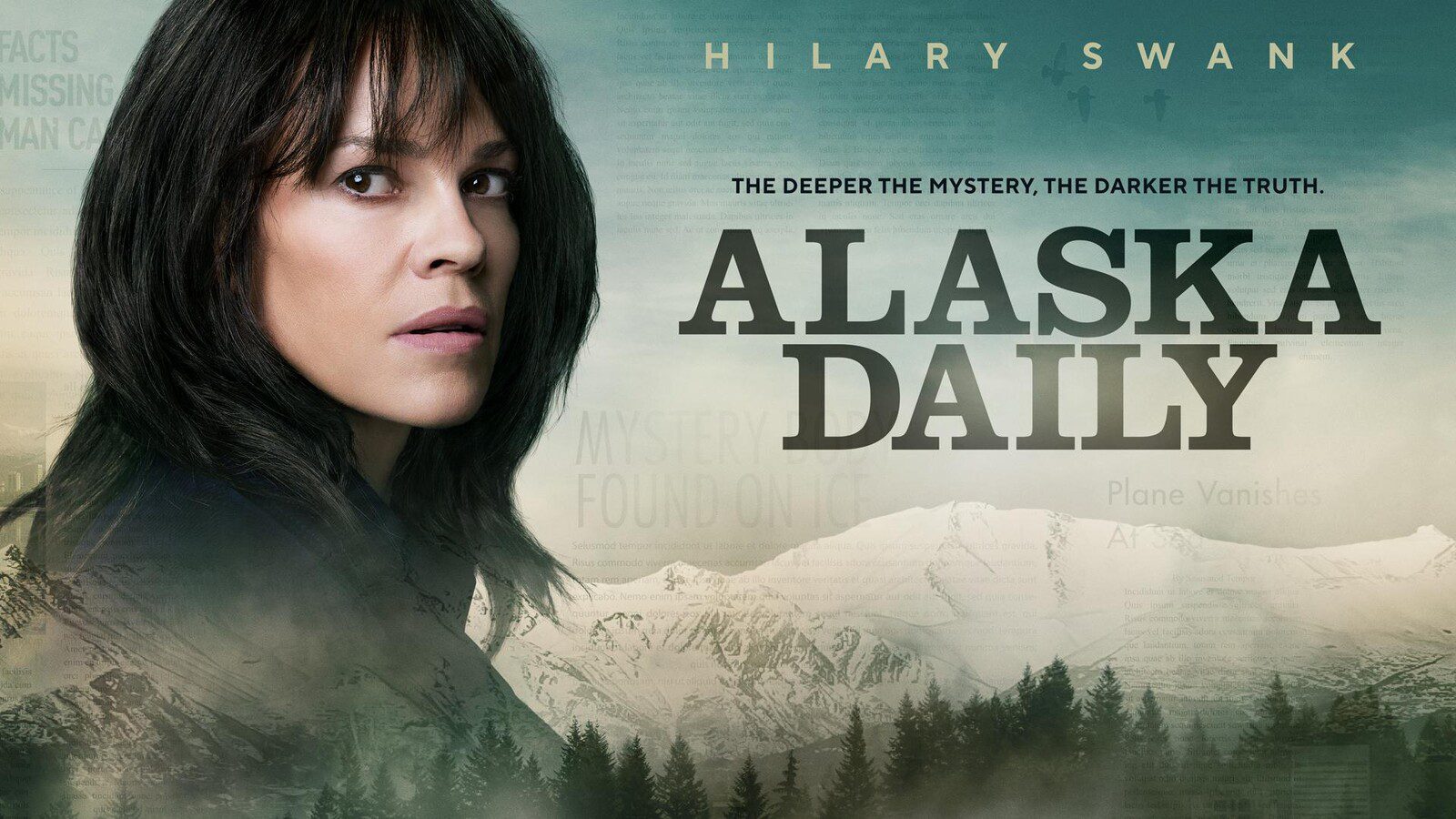 Eileen and Roz participate in a radio interview to discuss their articles on the Meade chief of police and the Deputy District Attorney. “You think you’re a crusader, but you’re a carpet-bagging meddler,” the Concerned Citizen tells Eileen over the phone to the station. A liar, too.

It would help if you were put down. Stanley wants Roz to cover the cruise ship’s missing person when they get back to the workplace. She does, however, let him know that Jade Jacobs, another woman, has been reported missing. A Yupik woman named Jade vanished two days ago.

What Happened In Alaska Daily Episode 6?

She was in a park with friends when she became ill, left, but never returned home. Eileen receives Henley’s account from Stanley because Roz wants to discredit Jade’s case. The journalists decided to compare Henley and Jade in their next report. While the other woman receives little media attention, one is receiving widespread attention. A still from Alaska Daily.

And the only thing that matters is the color of their skin. Eileen is shocked to learn that the Alaskan government spent nearly $1 million on the Henley search. She questions the public safety director about spending so much money on Henley and so little on Jade.

The commissioner places the onus on the media, which she claims will pursue the government for failing to locate a white girl but is uninterested in a woman of color. When Bob talks with one of his contacts, he learns that the Pritchards are purchasing property to construct a road close to a protected area.

When Bob and Aaron meet in Bob’s office later, Aaron informs him that the paper’s numbers aren’t terrific. Additionally, he encounters Eileen as he is leaving. Aaron invites her to accompany him on “business” to an art event. But she rejects him. Aaron is unfortunate, but Eileen has made her feelings known, and his family may be involved in the dubious business.

Bob discovers that the man overboard mechanism was never implemented because the cruise ship is flying a Panamanian flag. They are, therefore, exempt from adhering to American government regulations. And because they are deducting the operating costs, the cruise line is making money off the search. There is, therefore, no lack of corruption in this episode.

At another Henley press conference, Bob and Roz pose thought-provoking queries. The governor, according to the governor’s press secretary, has formed a task force to address the epidemic of missing and murdered Indigenous women. But when Eileen looks closer, she finds that Conrad Pritchard’s public relations company is receiving the lion’s share of the task force’s budget.

When she finds Governor Thatcher is throwing the gala, Eileen reconsiders and accepts Aaron’s offer. She meets Jamie, the poet pilot, who is there to accept a prize for his poetry. And between Eileen and Aaron, discomfort results. She adores Jamie more than Aaron.

After the run-in, Aaron asks Eileen to meet his dad, Conrad. She confronts him regarding the task force’s budget. Aaron, rightfully so, gets angry at Eileen for using him and storms off.

Eileen then spots Governor Thatcher and questions him about the difference in the government’s search for Henley and Jade. He, of course, brushes her off. Aaron brings Eileen to his father, Conrad, following the tense encounter. She then asks him about the task force’s budget right away.

Aaron is understandably upset with Eileen for using him, so he walks off. The following night, Eileen goes to Jamie’s poetry reading, which appears to be about her. While Aaron continues to be shady, these two appear to be trying to rekindle their romance. A still from Alaska Daily.

Later, Governor Thatcher is spotted by Eileen, who challenges him about the distinction between Henley and Jade’s searches by the government. Of course, he ignores her. Bob, who began working on it two years ago, shares with Eileen and Roz a chat with Gloria’s church friend, Alice Porter.

Eileen and Roz are unaware that Gloria attended church. Later that evening, Roz and Alice have a conversation during which they learn that their pastor’s name is Gallahorn, which sounds very similar to Rega Horne.

Where To Watch Alaska Daily?

Alaska Daily is currently streaming on Hulu, ABC app, Directv, and Fubo TV at times; we listed above if you are watching the show outside the US.