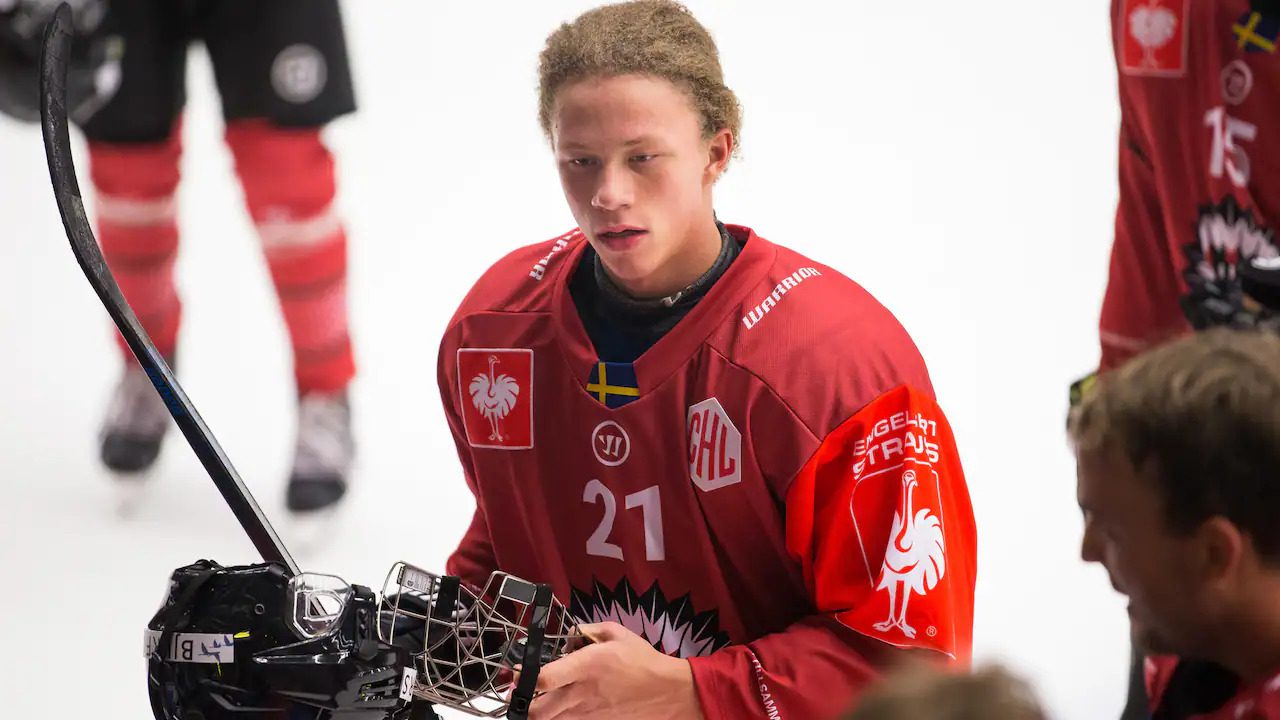 One of the most intensely demanding, aggressive, and brutal sports is ice hockey. Rugby and football are likely the first to come to mind when we consider violent sports. However, hockey stands out from all other sports in that it is the only one that openly embraces and promotes real knock-down, drag-out brawls between opponents. You can almost compare watching a hockey game to watching a boxing match. The game is among the most fascinating in sports because of that two-for-one deal.

Because of this, we must give these guys the recognition they deserve as great fighters, and exceptional athletes when we see them entering the game at younger and younger ages—some of whom you’ll be surprised to learn were barely high school age. These rookies enjoy superior skill levels to those of their peers. They’ve accomplished a great deal in a short amount of time as a result. They have slowly gotten better, taking on bigger roles and responsibilities in their respective clubs. Players who have been transferred to minor league teams are not included on the list; only players who are currently on NHL rosters are.

So here are the Top 5 Youngest Ice Hockey Players:

Anton Lundell, a forward for the Florida Panthers, will officially enter the 2021–22 NHL season as the league’s fifth-youngest player. While being only 20 years old, Lundell, who was born on October 23, 2001, has had a huge impact on Florida. Lundell has scored 12 goals, 88 shots on goal, 36 points, and 49 games in his Panthers career. Despite being on the third line and second power-play unit, Lundell averages 0.73 points per game. Averaging more than four goals each game in 2022, Florida is the NHL team with the greatest scoring average. They have at least three legitimate scoring lines, making them one of the few NHL teams. 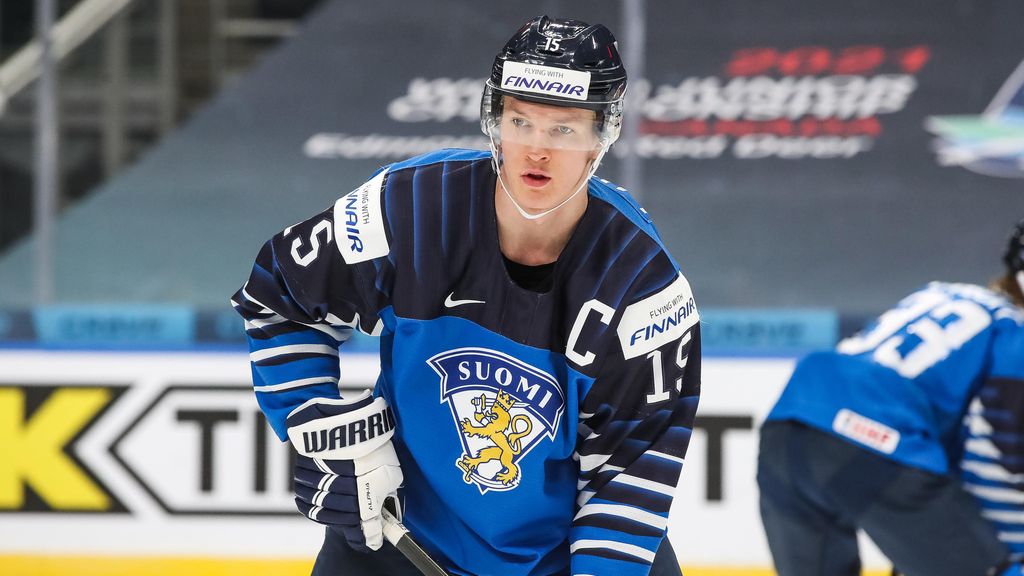 In his first NHL season, Lundell, the 12th overall choice in the 2020 NHL Draft, outperformed expectations. In addition to frequently scoring goals, Lundell has also displayed a solid 200-foot game. Both in the attacking and defensive zones, Lundell is equally effective. The Finnish center is sixth among all Panthers players in average ice time (16:21), and he has a strong plus-29 rating. Lundell’s performance undoubtedly contributed to Florida’s strong 35-13-5 record in 2021–22, despite the fact that the team is an overall powerhouse.

Given his route to the major levels, Lundell’s smooth adjustment to the NHL shouldn’t come as a huge surprise. The Liiga, Finland’s top professional league, was where the two-way center played when he was 17 years old. When playing against opponents who were significantly older than him, Lundell netted 35 goals in 108 games for Liga. In the final NHL Central Scouting rankings for 2020, Lundell was ranked third among skaters from Europe. The Panthers’ present-day players include Jonathan Hunderau and Alexander Barkov, but Lundell is a crucial component of their future.

The most well-known player on this list of the NHL’s youngest players is likely forward Alexis Lafreniere of the New York Rangers. Lafreniere, who was born on October 11, 2001, is just 20 years old. Lafreniere was selected first overall in the 2020 NHL Draft, which carries with it enormous expectations. Despite the fact that it is still very early in his NHL career, Lafreniere has not impressed. Lafreniere has only scored 24 goals and collected 37 points in his first 107 NHL games. However, many New York supporters aren’t panicking just yet because the NHL has noticed a pattern of younger players needing more time to mature. 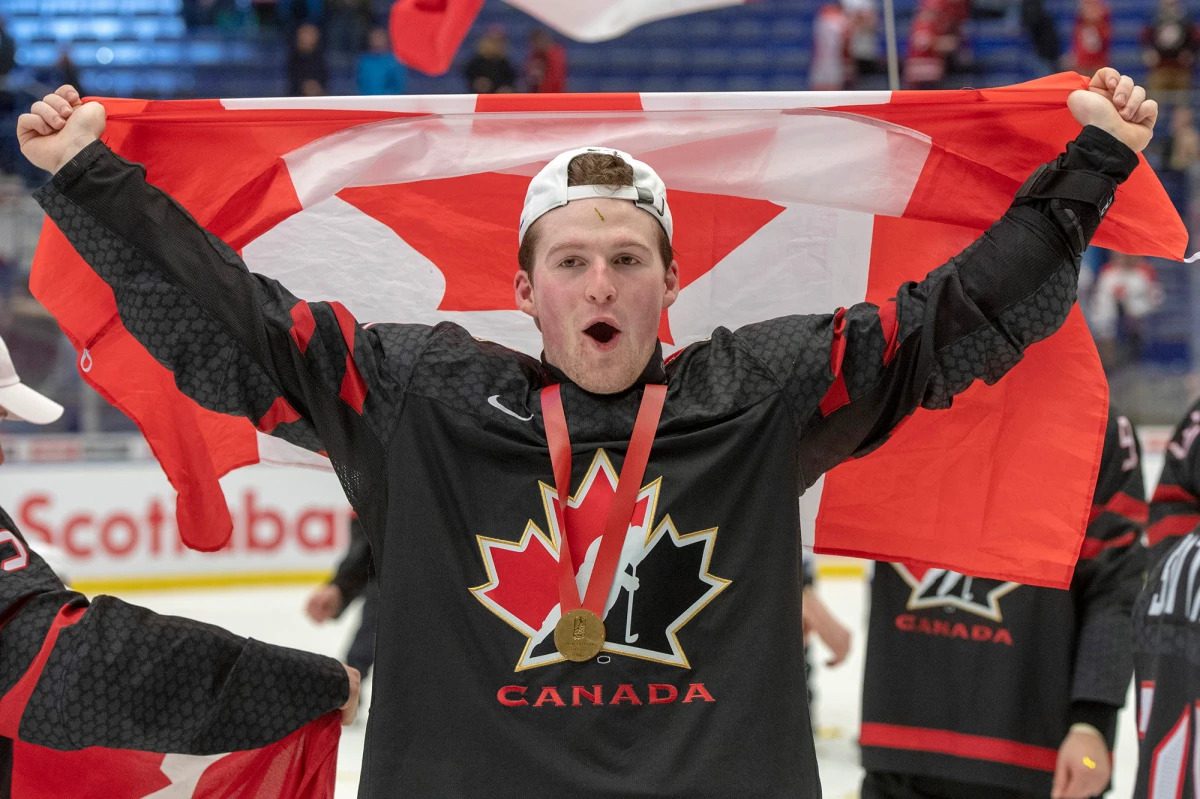 Lafreniere’s performance is constantly scrutinized because New York is one of the greatest hockey markets in the country. It can be simple to overlook the fact that Lafreniere is only 20 years old. On a good Rangers team, the product of Quebec has had trouble finding his position in the lineup. One of the top teams in the NHL’s Eastern Conference, New York is seen as a Stanley Cup contender for the 2022 season. The forward corps in the Big Apple is led by Mika Zibanejad, Artemi Panarin, and Chris Kreider, so there is no issue of offensive skill there.

In his NHL career so far, Lafreniere has averaged 13:50 minutes on the ice and 1:17 minutes on the power play. The youthful player, who usually played in New York’s bottom six, has moved up the depth chart due to a position change. In order to secure a position in the top six, Lafreniere, a natural left-winger, switched to right-wing in February 2022. Currently playing on the Rangers’ top line, Lafreniere is scoring considerably more frequently. Lafreniere is already being called a “bust” by some hockey fans, but the Rangers’ selection of him in the 2020 NHL Entry Draft will only become clear with time.

Center of the New Jersey Devils, one of the youngest players currently competing in the NHL, born in 2001, is Dawson Mercer. Mercer, who was born on October 27, is just 20 years old and already has a significant role for the Devils. Alongside fellow 20-year-old winger Jack Hughes, the Canadian forward is presently playing on New Jersey’s first line and top power-play unit. Mercer has 31 points and 13 goals over 53 games in the NHL. The Devils are the NHL team with the youngest average age at 25.07 years old. 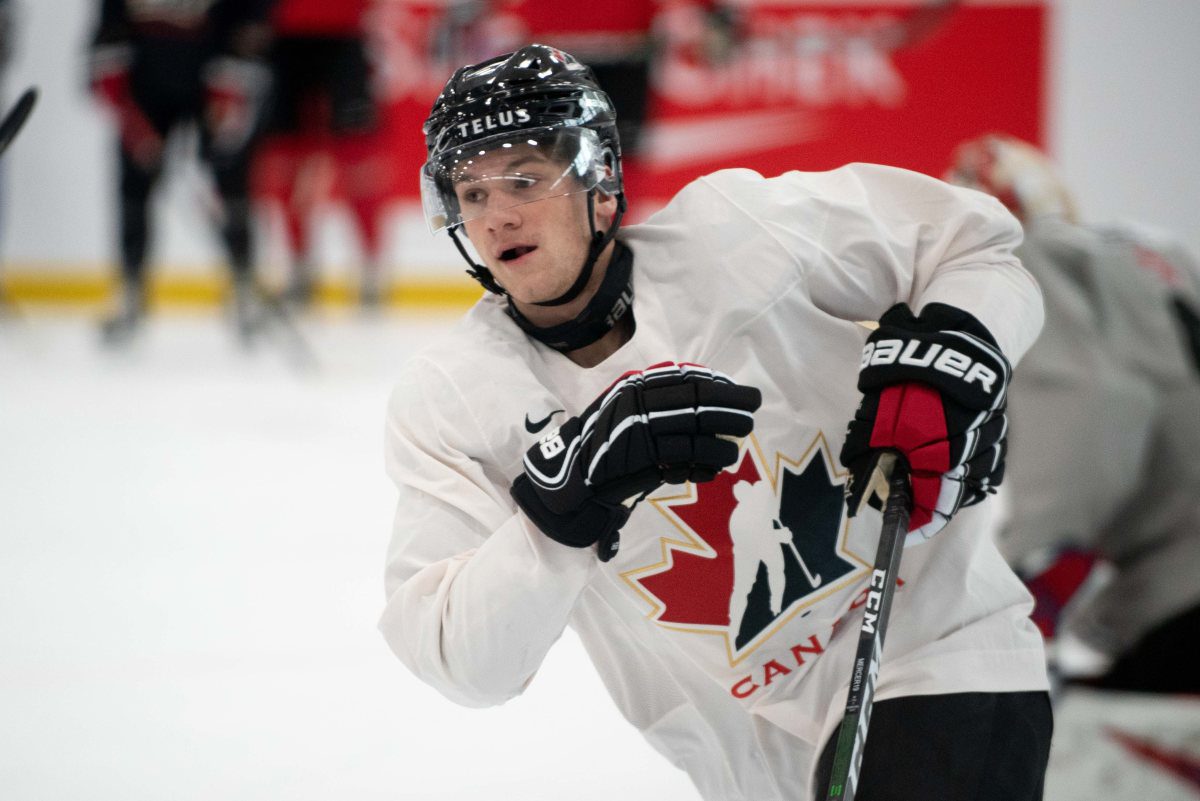 After being selected by New Jersey with the 18th overall pick in 2018, Mercer is unquestionably living up to expectations. Both coaching staff and rival goalies have praised his wrist shot. Mercer is a skilled sniper who picks his targets wisely. Fourth-best among Devils shooters, his 14.1 shooting percentage. Mercer is used by New Jersey for both offense and the penalty kill, so they don’t only rely on him for the offense. Trainer Lindy Ruff has given Mercer a significant role in his rookie season because of his excellent two-way performance.

When it comes to the athletes in the 2020 NHL Draft Class, Mercer is frequently overlooked, but you shouldn’t. With just one playoff trip in the previous nine years, the Devils have lost their NHL relevance. Mercer is precisely the kind of player who can be an x-factor whenever New Jersey is once more a postseason contender. The Devils should be extremely happy with Mercer’s performance in the major league thus far, given how fast he has adapted to the NHL.

Cole Perfetti, a center for the Winnipeg Jets, is one of the few 20-year-old centers currently competing in the NHL. Perfetti, who was born on January 1, 2002, has just finished his teens. On October 13, 2022, the native of Whitby, Ontario, made his formal NHL debut before being sent to the AHL Manitoba after two games. In January 2022, the team called up Perfetti, who quickly established a place for himself on the roster that appeared to be permanent. Perfetti has seven points, two goals, and 21 shots on goal in 18 NHL games over the course of his career. 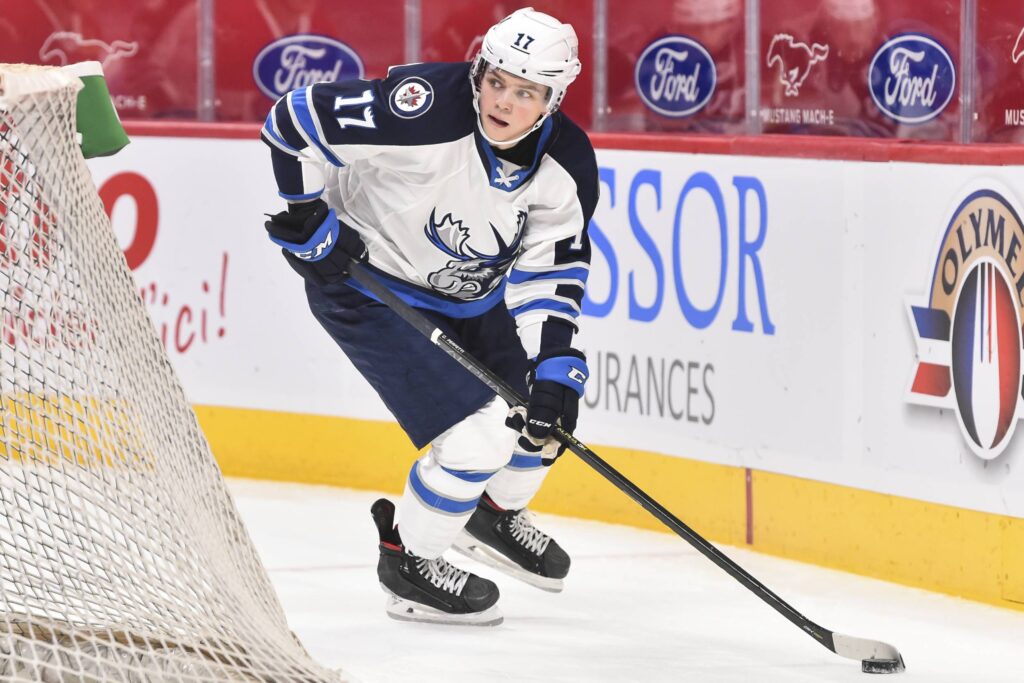 Perfetti is now sidelined due to a lower-body injury. However, upon his return, he is anticipated to be reinserted into Winnipeg’s NHL lineup. With excellent linemates like Kyle Connor and Blake Wheeler, Perfetti has been a part of Winnipeg’s top six. Perfetti is a future star for the NHL despite being on the skinny side (5’11”, 177 lbs). In the 2020 NHL Draft, Winnipeg took Perfetti with the tenth overall pick.

Perfetti has shown promise in his brief NHL play, but the Jets won’t rush his development. With Blake Wheeler, Kyle Connor, Mark Scheifele, and Nikolaj Ehlers, Winnipeg already has one of the finest top-six forward lines in the NHL. However, Perfetti is fantastic potential and is an important part of Winnipeg’s future. The 20-year-old impressed Winnipeg supporters and management by scoring over 100 points in his final junior campaign in the OHL. Perfetti will quickly become a well-known brand in the Peg.

In the 2021–22 NHL season, Lucas Raymond, a rookie with the Detroit Red Wings, has arguably had the biggest impact on young players. Raymond, who turned 20 on March 28, 2002, is a key player for the Red Wings. In his first 52 NHL games, the Swedish sniper, who skates on Detroit’s first line, has 13 goals & 39 points. In spite of being a rookie, Raymond is the Red Wings’ third-leading scorer for the 2021–22 campaign. 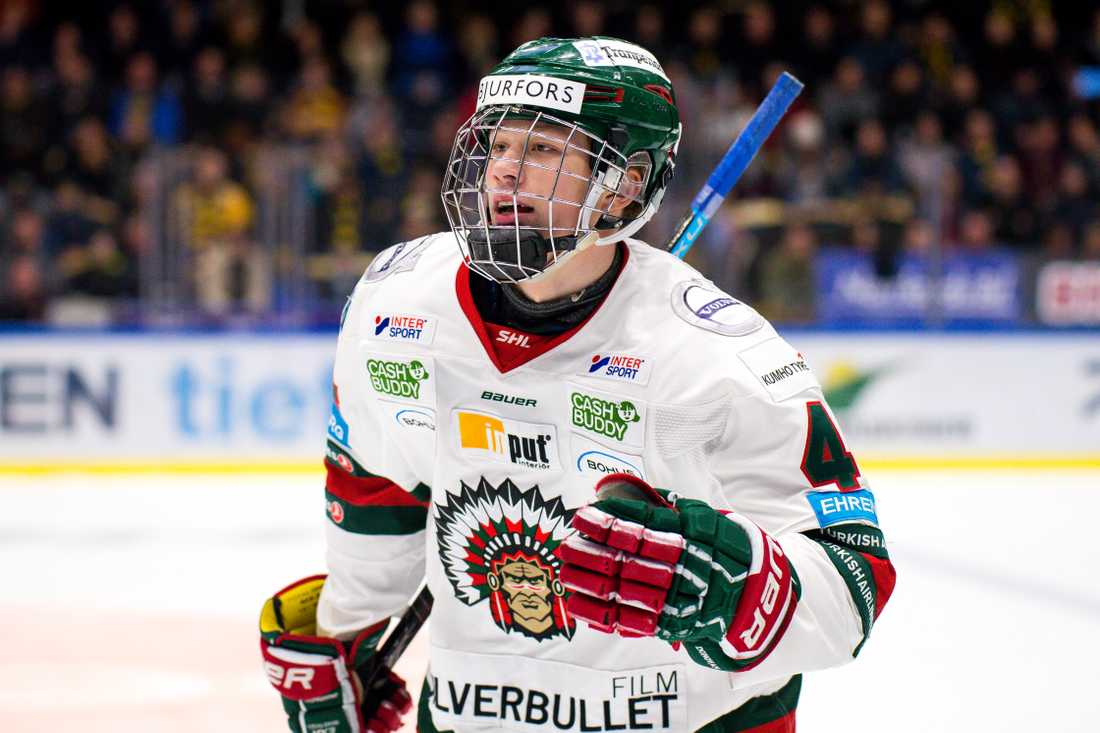 Along with rookie blueliner Moritz Seider, Raymond is an important part of Detroit’s future. Detroit selected Raymond as the fourth overall pick in the NHL Draft of 2020, while the Red Wings selected Seider with the sixth overall pick the year before. The speed with which Raymond has adapted to the NHL level is amazing, despite the fact that there were high expectations for him. Despite only being 5’11”, Raymond hasn’t been intimidated and has delivered over 30 hits in the major leagues.

On the power play, Raymond has been especially impressive for Detroit. The youthful player has four power-play goals, which puts him in first place among all NHL rookies, and nine man-advantage assists. Overall, Raymond’s performance in the NHL thus far has pleased the Red Wings beyond belief. Raymond’s quick success shouldn’t surprise us too much either. The Swede was a standout player for Frolunda’s U-20 team in the SuperElit division and made his SHL debut at just 16 years old.