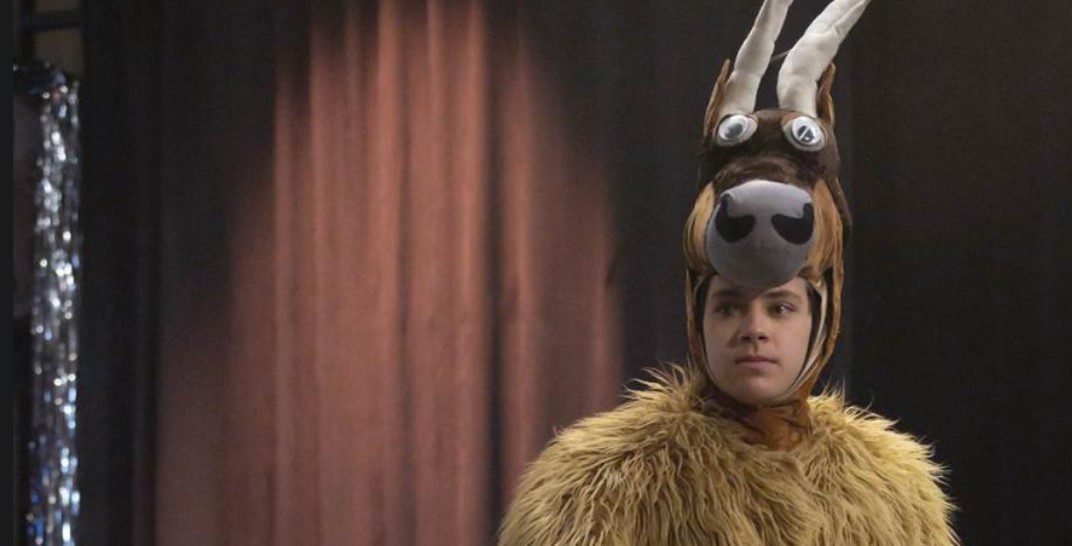 In High School Musical: The Musical: The Series Season 3 Episode 6, we will see the fallout from that slap we just had to see in the previous episode. There were some censored bad-letter words, and we saw how Carlos’ plan to disrupt the whole scene makes things more intense. However. Carlos, Val, and E.J. want to make Frozen into something else. Can they get away with it? The friction is intense, and people will soon have to choose sides.

Episode six, titled “Color War,” will try to pick up things from where they left off. We last saw a dress rehearsal and how the Wildcats are on the verge of having to pick sides. The title comes from an upcoming competition among several camps that will put the team to show their best. Can they put aside their differences and come in sweeping? Or is this rivalry coming at the right time to show these youngsters that divided they fall and together, they win?

Carlos and EJ set the example for everyone else to adopt a persona to help save the show as Corbin Bleu and Channing threaten to leave the camp with their documentary. Ricky, the dumped ex; Maddox, the weeper. Ashlyn, the person with a troubled past. And Gina, the person with a catchphrase, are all pushed to play the judge roles. EJ is there for the wrong reasons, Jet is the bad boy, Carlos is the instigator, and Val is the psychologist who will listen to your problems. With everyone playing their part, Carlos added four more objectives. A drink must be thrown, someone must be slapped, someone must be caught on a hot mic, and someone must cry.

Outside of Maddox and Jet, everyone else plays up their roles and gets comfortable as rehearsals start with goals and functions in place. However, when Gina is pushed to make EJ jealous, the truth starts to veer as Ricky, the dumped ex, begins to show his feelings for her. However, since he and Val share secrets, acting petty is not a problem. Even though EJ believes his secret is safe, Gina eventually reveals what she knows, and he finds it difficult to reconcile with her.

How about Ricky? He finally tells Carlos his genuine feelings for him due to all this pretending, and Channing captures that moment on camera. But the drama doesn’t stop there. When Maddox and Jet confess that they are siblings, Maddox goes off on Jet, spilling that she was outed and expelled. Additionally, Maddox said she believed Ashlyn had feelings for Val, and Carlos said he thought Maddox and Jet were dating.

While Channing enjoys the chaotic combination, Alex and Emmy, newcomers, find it highly uncomfortable. Particularly Alex, who came to theater camp to escape her shell, feels safer back where she was because of all the drama. But Kourtney tries to downplay the drama because, typically, the outcome is worthwhile despite her anxiety, which Carlos is timing.

Why Is High School Musical So Popular?

High School Musical is popular for many reasons. The music is catchy and appeals to a wide range of listeners, the cast is likable and relatable, and the story is feel-good and uplifting. High School Musical also has an important message about following your dreams and being true to yourself, which resonates with viewers of all ages. Whether you’re a die-hard fan or just enjoy watching the occasional musical, it’s easy to see why High School Musical is so popular.

Can Ricky get his stuff together?

High School Musical: The Musical streams on Disney+. You can get Disney+ as a standalone platform for a flat monthly fee. Or you can bundle Disney+ with your Hulu + Live TV and ESPN+ subscriptions.

High School Musical: The Musical: The Series Season 3 Episode 6 will release on August 31, 2022, at 00:00 Eastern Time, United States on Disney+. The episode’s title is “Color War.”