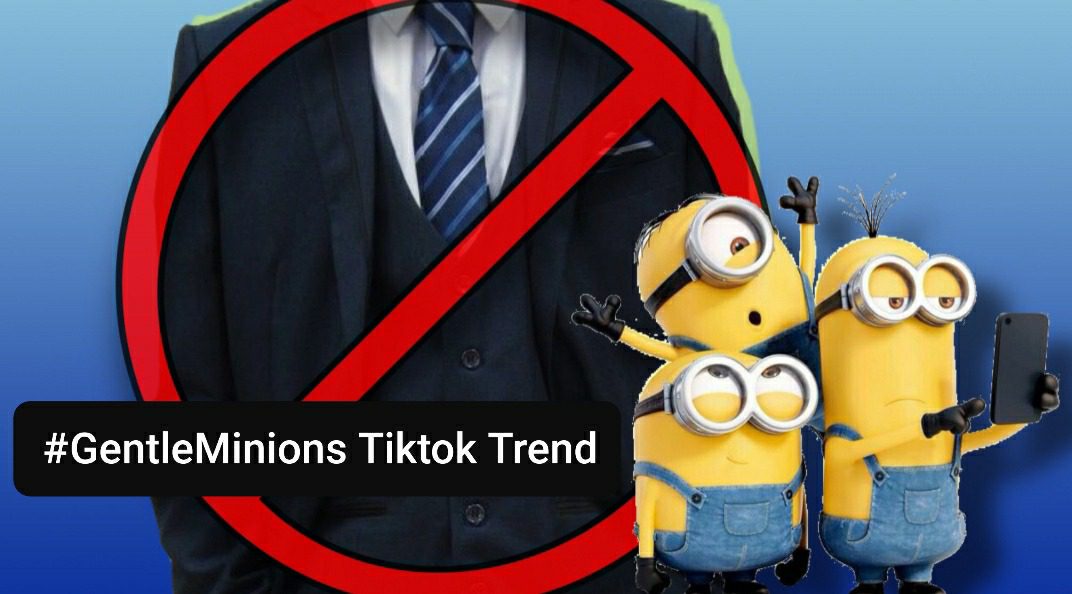 Here, we shall discuss what #GentleMinions are on Tiktok. Well, #GentleMinions is another trend that is doing rounds on the social media platform, making all the youngsters crazy. There isn’t a single person on this earth who doesn’t love minions. And if you don’t like it, then we don’t know what to say.

At the beginning of July, #GentleMinions started to surface insanely. Especially the male teenagers are now showing up in droves to see Minions: The Rise of Gru in the movie halls. You will be surprised to know that the hashtag on Tiktok garnered over 22 million views in the first week of this month. Let’s dive into this piece to learn what it is.

Also Read: Minions: The Rise of Gru Earnings as of July

You must be wondering what the GentleMinions trend is all about and how a character can be so popular on social media, making it a trend. Well, here is the breakdown. It’s not rocket science but very simple. A group of friends visits the movie just like normal people do. They are wearing coats or suits of full length. They also sport the occasional cigar to make it a bit more sophisticated. After that, they post the clips of them getting ticket stubs from an attendant and walking into the hall with style on their respective Tiktok accounts.

More precisely, the videos showcase them having more fun with the tune of Rich Minion. #GentleMinions trend is mostly followed by the students who are in high school. Some people have been wondering if the users are genuinely fans of Minions. Most probably, yes. The last one before Minions: Rising of Gru was released in 2017.

to everyone showing up to @Minions in suits: we see you and we love you. 🫶

Some movie halls have restricted the entry of people wearing formal attire because of this #GentleMinions trend. Most people have shared that the movie is fun to watch, and waiting for so many years has been pretty much worth it. Also, they added saying that being able to make #the GentleMinions trend is something they shall always relish.

Watch the trailer for Minions: The Rise of Gru here!