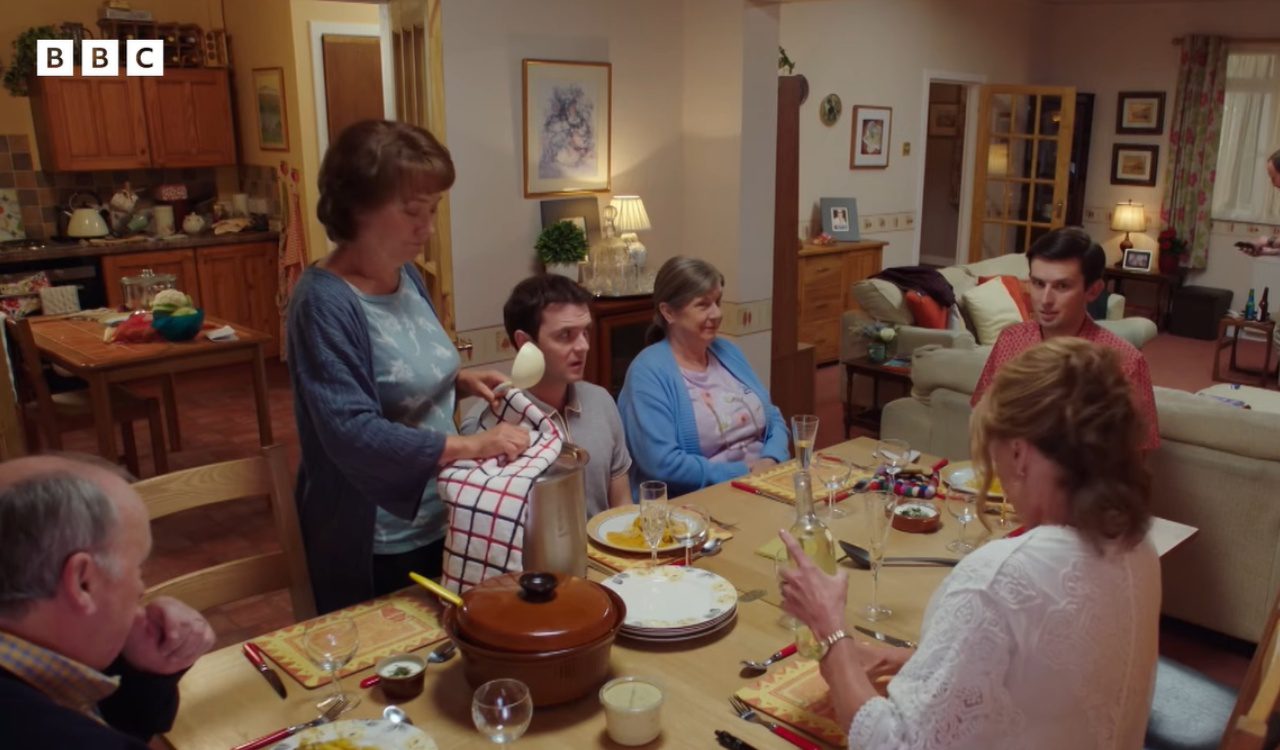 The Group comes over to the Baird's house (Credits: BBC)

Award-winning comedy series, Two Doors Down will be returning this week with an all-new episode. Centered around Beth and Eric’s struggles with their diversely annoying neighbors, this show offers a hilarious portrayal of what most of us could have experienced in our lives. Created by Simon Carlyle and Gregor Sharp, the show was first seen as short scenes on a special broadcast back in 2013.

After seeing it being appreciated by many viewers, BBC Scotland decided to take it up as a show on its platform. The first episode of Two Doors Down was seen on April 1st, 2016. The show had many other installments added to it over the years, with a small gap in between once the pandemic began. The 5th and currently ongoing season began airing on November 9th, 2022.

Set in Glasgow suburbs, the show is a true representation of Scottish humor and is filled with all sorts of characters that make it interesting to watch. You might just end up finding these nosy neighbors similar to someone you encountered in your life.

This series is filled with absurd situations and awkward conversations while also providing characters like Christine, Cathy, and Colin, who seem so invested in ruining Beth and Eric’s peace.

Two Doors Down: Meet The Cast

This Scottish show has both new actors as well as a few familiar faces that you might have seen in another show. The 6th season’s main cast includes:

Eric Baird, Beth’s husband, is played by Alex Norton. Alexander has also played a role in Taggart, Waterloo, and even in the Well known movie Les Misérables. Most of the roles he plays are in crime shows. Apart from being a good actor, Alex also boasts two prizes for his writing.

This California-born actress plays her role perfectly on the show but has also been part of various shows, including the show that led to her breakthrough into fame, The Fast Show. Arabella is a well-known writer and has starred in many podcasts.

Jonathan has previously starred in other BBC comedy shows and plays Colin, one of the main characters of the show. He has starred in shows like Naked Video, City Lights, and The Bill. 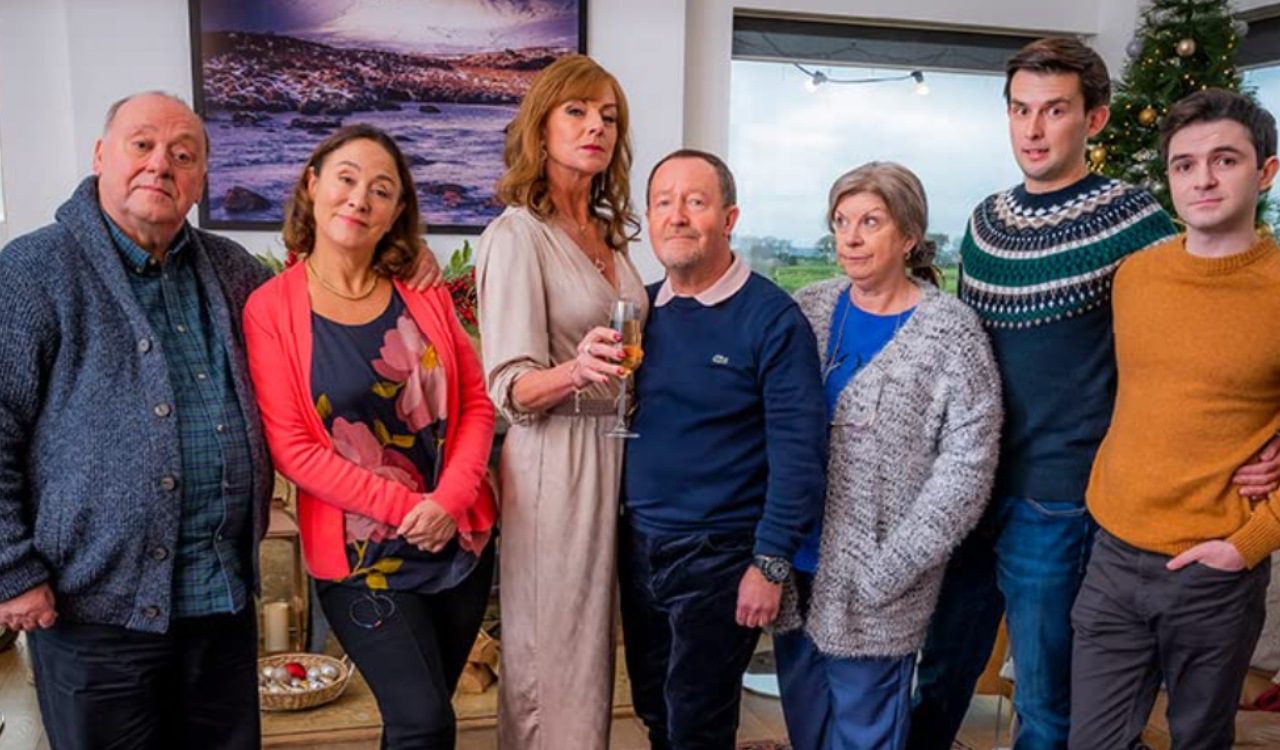 The cast of Two Doors Down (Credits: BBC)

Elaine has won many awards for her performance in this show. She has starred in shows like City Lights, The Syndicate, and Celebrity Mastermind. Elaine has been a part of many theatre performances as well.

Jamie is yet another good Scottish actor who has starred in shows such as Still Game, Black Watch, and Bluestone 42, to name a few. He is also a singer and is a part of the music group Penny Mob.

In Episode 4, released on November 30, We see the couple Eric and Beth organizing a birthday party for none other than the iconic Christine, who’s celebrating her 69th year in this world. Although she plays the annoying, all-up-in-your-business neighbor, her seamless acting, coupled with the sarcastic comments, have made her a favorite character of many. 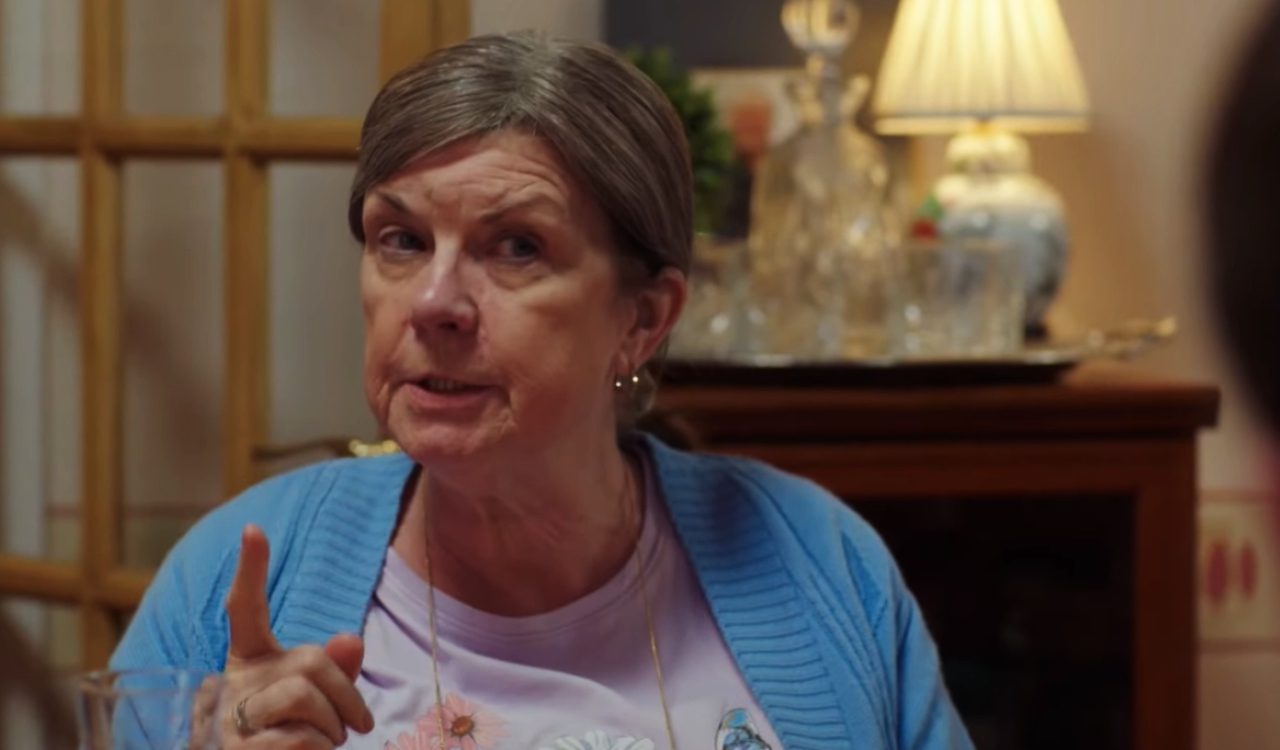 As the day proceeds, the celebration is completely thrown off as the talks about a funeral start spreading through the guests. What should have been a fun and carefree moment for Christine turns into her evaluating her life and her time left on the earth.

The next episode of Two Doors Down will be premiering on television by December 7th, 2022. New episodes of this Scottish comedy series are released on Wednesdays, with each episode having a run time of 28-30 minutes.

Two Doors Down Season 6 Episode 5: What To Expect?

In the upcoming episode titled “Aussie Holiday,” Beth and Eric will be visited by yet another set of unwelcome guests. This time, it’s going to be Ian and Gordon’s pals, who seem to find the Baird house fit enough for their Aussie vacation.

The show is aired on BBC Two, United Kingdom, at around 5:00 pm. As with any other BBC Show, it can also be seen on-demand at BBC Iplayer or on other streaming platforms such as Apple TV or Now TV. Two Doors Down sadly doesn’t air in many other regions.

Also Read: Where is “Two Doors Down” Filmed? Locations You Should Know