Remember the days when animation was considered a kid’s thing? That time is long gone, we have anime trending all around the world, anime is a new culture now. It is also one of the fastest-growing genres around the world and on the internet. Frozen is also an animated movie, as well as Ninja Scroll, the only difference is one is animated by western animation, and other is animated by Japanese animators, nonetheless, both stands out. From Superman and Batman to Goku and Naruto, all have their own animated shows and they are popular around the world, and there aren’t many people who don’t know them.

In our today’s post, we will be talking about 14 Best animated movies on Amazon Prime which you can stream it on your phone, Laptop, or Smart TV.

Directed by Ignacio Ferreras, Wrinkles unfolds the heartwarming tale of the friendship between two old men, Emilio and Miguel, who live in a remote care home. Emilio has Alzheimer’s disease and depends upon Miguel and his other mates to cope up with the adverse conditions in the care home. They together plot an escape plan from the care home in order to save Emilio from the adverse condition but something unpredictable happened. Based on the 2008 Spanish comic of the same name by Paco Roca, the voice cast of the movie include- Tacho González, Álvaro Guevara and Mabel Rivera.

The Gruffalo is an animated movie directed by Jakob Schuh and Max Lang, which is based on the classic children’s picture book written by Julia Donaldson. Featured as a bedtime story of a Red Squirrel for her children to give them lessons as to how to face the difficulties of life, the plot of the story revolves around a mouse that sets out in search of a nut on a path full of dangers and predators. Helena Bonham Carter, Rob Brydon, Robbie Coltrane, James Corden, John Hurt, and Tom Wilkinson has given voice to the characters.

Created and directed by Chris Landreth, ‘Ryan’ is an animated documentary movie, paying tribute to the greatest animator of all time, Ryan Larkin. The movie showcases the life of Ryan as a collapsed artist who had totally hooked his life with cocaine and alcohol. Landreth, in this movie, has portrayed minute but important incidents about his life, including clippings from ‘Walking’ and ‘Street Musique,’ that once served as Ryan’s best-animated works.

Directed by Eric Khoo and featuring Japanese stage actor Tetsuya Bessho as the voice actor, ‘Tatsumi’ is a manga-inspired animated film based on the memoir ‘A Drifting Life’ and other short stories by the Japanese artist, Yoshihiro Tatsumi. The movie deals with Yoshihiro Tatsumi, a comics artist living in post-war Tokyo, whose meeting with Osamu Tezuka, the legendary Japanese manga artist, cartoonist and animator, leads to the creation of the Gekiga genre of Japanese manga for adult readers. The movie, involving Tatsumi’s short stories, also features Tatsumi to provide the narration for the biographical part.

5. Kirikou and the Sorceress 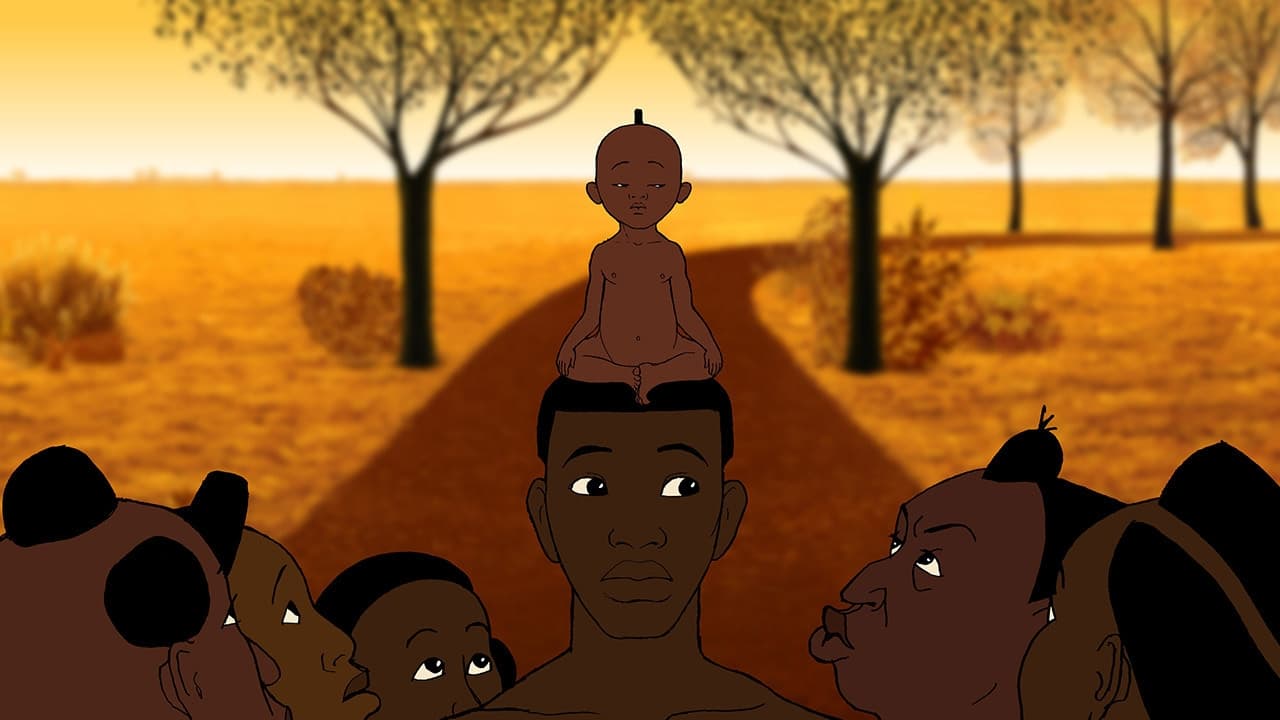 Kirikou and the Sorceress Poster

‘Kirikou and the Sorceress’ is an animated film that centers around a young boy with many abilities named Kirikou and the people in his remote village. Directed by Michel Ocelot and Raymond Burlet, the movie explores Kirikou’s journey to find the evil witch, Karaba who devoured all males except his uncle to rescue all other men. Based on the West African myths, the voice cast of the film includes Doudou Gueye Thiaw, Maimouna N’Diaye, and Awa Sene Sarr.

‘Life, Animated ‘is a beautiful documentary, directed by Roger Ross Williams that showcases the life of Ron Suskind’s son, Owen Suskind suffering from autism who ultimately learns to communicate with others in spite of his difficulties through the animated Disney movies that teach him to express himself at the age of 3 years. He draws inspiration from the Disney classics and develops his own passion to create stories. Based on Ron Suskind’s 2014 book named ‘Life, Animated: A Story of Sidekicks, Heroes, and Autism,’ the voice cast of the film includes Jonathan Freeman, Gilbert Gottfried, Alan Rosenblatt, Owen Suskind, and Ron Suskind.

The Last Unicorn is a Japanese-American animated movie directed by Jules Bass and Arthur Rankin Jr., based on a novel of the same name by Peter S. Beagle. The story revolves around a unicorn that sets out on an investigatory journey to find out about the reason behind the extinction of other unicorns of his race only to discover about a king who is obsessed with unicorns and captures them from everywhere. Featuring a tremendous voice cast which includes Mia Farrow, Jeff Bridges, Angela Lansbury, and Christopher Lee, the last unicorn strives hard to save his race from extinction.

Directed by Desmond Mullen, who also lends his voice to the Engine, ‘The Busy Little Engine’ centres on the life of a wooden toy train who tries to act like a real train, trying to do things that real trains do, only to bring embarrassments upon himself. Meanwhile, Busy Little Engine and his puppet friend, Pig, learned about the truth of trains in real life, through role-plays and manipulated dreams presenting the chaotic adult world from the point of view of a little kid. Lorrie Guess narrates the story in her voice. 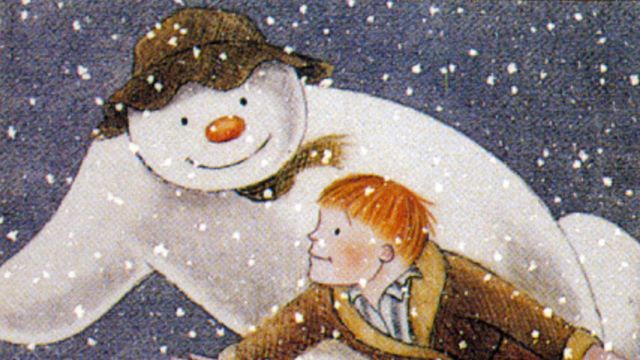 Directed by Dianne Jackson and Jimmy T. Murakami, ‘The Snowman’ has been nominated for an Academy Award for Best Animated Short Film. Based on the children’s picture book of the same name created by Raymond Briggs, ‘The Snowman’ centers around a boy and a snowman who comes to life to fulfill the wish of the child on the Christmas Eve and took him to meet Santa Claus in the North Pole at midnight. The movie features David Bowie and Raymond Briggs as the voice artists.

‘Ernest & Celestine’ is an animated movie directed by Stéphane Aubier, Vincent Patar and Benjamin Renner that follows the lives of a little mouse, Celestine, who is a mouse dentist, and a big bear, Ernest who is a street musician. Tired from leading his life as a dentist, Celestine flees from the world of rodents and gets a new home in Ernest, who is also rejected from his bear world for doing something unorthodox. Both of them develops a connection between themselves in spite of their racial enmity. The movie is based on the children’s books by Belgian writer and illustrator Gabrielle Vincent.

‘Yellow Submarine’ is a musical animated film that features the Beatles’ music and cartoon counterparts as characters. Directed by George Dunning, the movie explores the ruthlessness of the music apartheid Blue Meanies who take over Pepperland, a fictional undersea country and ban all its music there. Lord Admiral survives the apartheid and escapes in a yellow submarine in order to find the real Beatles, who would be rescuing them from the evils with their own songs serving as weapons. Voice over by John Lennon, Paul McCartney, George Harrison, and Ringo Starr, the movie has a small appearance of the real Beatles at the end of the movie.

12. The Adventures of Tintin

The Adventures of Tintin

Based on the comic book series created by renowned Belgian cartoonist Hergé, ‘The Adventures of Tintin’ centers around a young reporter named Tintin and his gang of friends, including Captain Haddock and detectives Thompson, and an ancient ship that rests on the seabed with a hidden fortune. They reach the ship following hints and signs, competing to Ivan Ivanovitch Sakharine, only to discover that it holds a curse as well. Directed by Steven Spielberg and featuring an ensemble voice cast of Jamie Bell, Andy Serkis, Daniel Craig, and many more, the movie is an animated action-adventure flick. 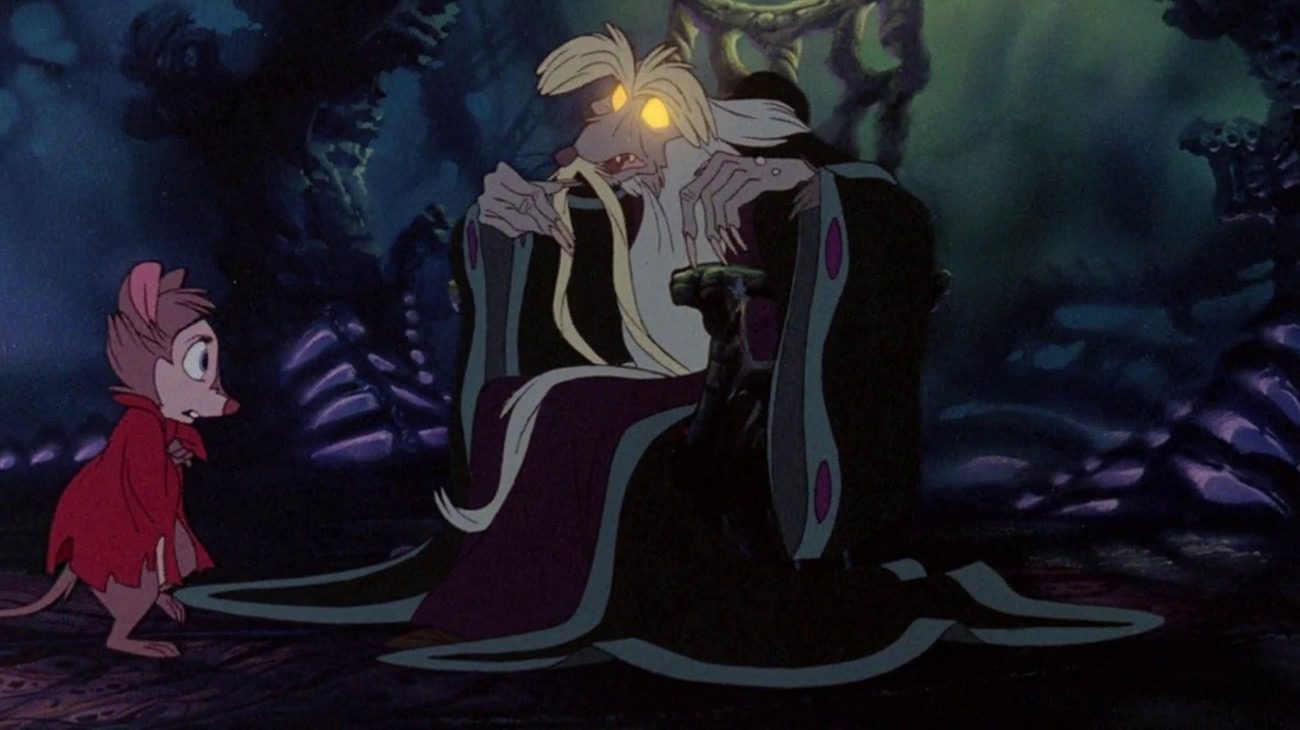 The Secret of NIMH

Based on the 1971 children’s novel, ‘Mrs. Frisby and the Rats of NIMH’ by Robert C. O’Brien, the animated adventure centers around a widowed mouse, who, for saving her child from a farmer, seeks help from her late husband’s lab mates, who tell her about the mysterious experiments in the NIMH lab, that might have caused her husband’s death. Meanwhile, in the course of shifting her house, they perform a miracle. Directed by Don Bluth, Elizabeth Hartman, Derek Jacobi, and Dom DeLuise have lent their voices to the characters.

Set in the late ’40s and early ’50s, the film showcases Chico, a young and talented piano player with ambitious dreams, and Rita, a beautiful woman with a mesmerizing singing voice. Their tastes in music bring them closer and generate a feeling of oneness that inspires them to you be with each other against all odds. In their 60 years of togetherness, they travel from Havana to New York, through Paris, Hollywood, and Las Vegas, exploring love at each point of life. Directed by Tono Errando, Fernando Trueba and Javier Mariscal, the voice the major characters are given by, Eman Xor Oña, Limara Meneses and Mario Guerra.