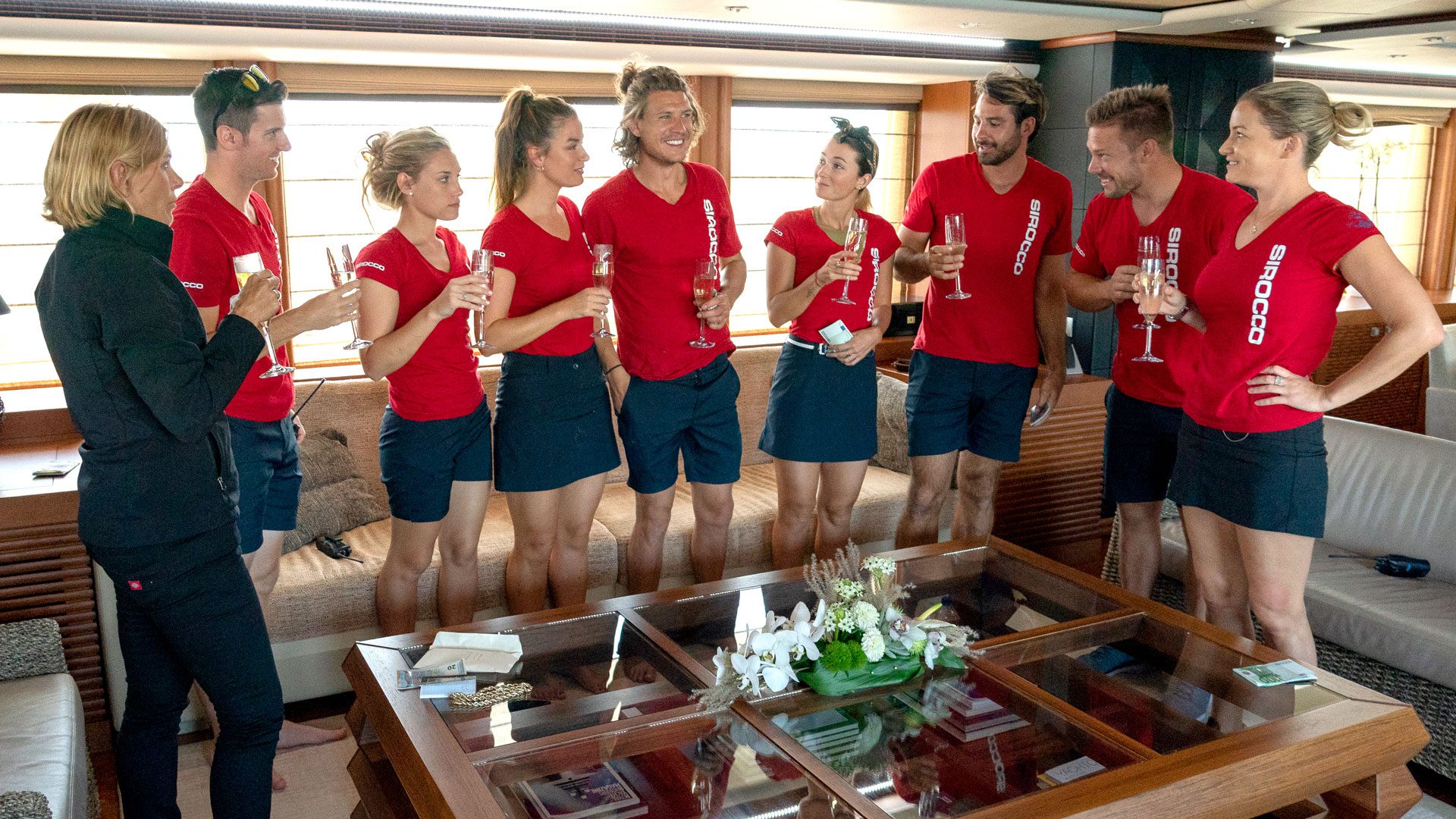 Below Deck Mediterranean Season 10 Episode 4 release date is quite soon. The series throws light on a reality TV show which focuses on men and women as they spend their lives on board and serve the guests who have booked the yacht. This week’s episode gave us a lot of drama, and let us discuss them all. First things first, Camille and the laundry truly start some of the wildest controversies. It was kind of Natalya’s idea, too to actually go ahead and use weird ways to bleach and iron and press the fresh laundry.

Later, Camille had to go to Captain Lee and give him all the crinkled-looking clothes. It was kind of disrespectful to see a captain explain to the crew members, such as Camille herself how things are done in the laundry room and how the shirts should be treated later. Also, the fact that she is wearing sunglasses even when inside the deck walls is very weird.

On the other hand, we saw Katie. She is very hungover from last night and slept through her designated time. There were no guests on the yacht today, and this should mean that the crew can actually oversleep a hit without it being such a big deal. Forget me if I am wrong because no, I have obviously never worked on an American Yacht before. A still from Below Deck Mediterranean Season 10

Other than that, we saw that Ross was very quick to point this out to Katie and talk about her sleep schedule. She already has trouble processing because of the headache, and Ross is just having his turn to be Karen. By the looks of it, Ross might actually be enjoying this very dominant side of him, and obviously, it is not a healthy thing to do to just anyone. He is actually a very weird man. Previously on the show, we have seen that Katie has a history with him as the two have hooked. It is absolutely not weird. The weird thing is he has also hooked up with Alissa which is honestly very toxic of him.

The camera then focuses on Tony. Honestly, we are all having sympathetic eyes for him right now because, well, the man works too much and might literally be falling down a spiral right now. He is legit depressed and working all the time and never taking time for himself to enjoy and do what he loves. When Ben was talking about him, he said that Tony would become an amazing adventure guide.

Right now, we see his position and how he is unable to leave the deck. He is starting his friendship with Rachel, and obviously, every bond needs time, and so is theirs. The dup is actually really athletic and would make great guides in the future. This week, we had some guests over for a bit. It ere mainly these doctors who were girl-bossing on the deck, and honestly, we all loved their persona but Captain Lee loved it even more.

Also, we all feel actually pissed for Dr. Jewel Jones. While the crew was taking a group photo for the guests, one of the guest doctors actually took her wig off as a joke. This person we are talking about is a grown woman who has a successful career and then too is acting so immature. Hollie, her name, is too weird to be liked right now.

Below Deck Mediterranean Season 10 Episode 4 release date is on the 12th of December 2022. The episode is titled The Thunder From Down Under. It will drop out on Bravo at 8 PM Eastern Time.

How to Watch Below Deck Mediterranean Season 10 Episode 4

Below Deck Mediterranean Season 10 Episode 4 will air on Bravo. This will make it easier for the fans to watch the show through the channel. I suggest checking the streaming details we have provided above. Also, episodes will later stream on Bravo’s official website and Peacock TV.