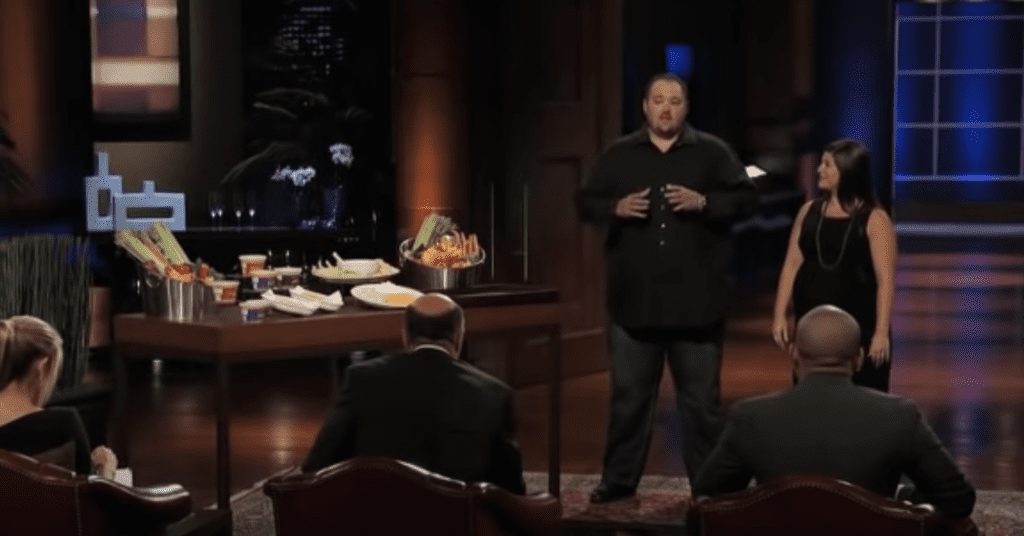 After Shark Tank Back 9 Dips Net Worth Cr: Otakukart

A blended version of chicken breasts and sauces, Back 9 Dips became famous with its appearance on the show Shark Tank. Back 9 Dips was featured on the show in 2012, on the fourth episode of the fourth season. The founders, David and Dominique Mealey, a married couple from Tampa, Florida, had invested $150,000 in their business and were seeking $150,000 for 15% equity when they came on the show.

Nique informed the sharks that in the Super Bowl, almost 1.25 billion chicken wings were consumed, followed by the second most popular food item, Chips & Dips. Back 9 Dips was a result of David’s sudden unemployment. He lost his job as a salesman when his wife was pregnant with their first child. After the realization that he had to earn money, he started the BBQ Company. Cooking was David’s passion, and he had even contemplated becoming a chef before starting his career.

As Back 9 Buffalo Chicken Dips owners, David and Nique were handling different areas of work. He was tasked to manage the manufacturing of these products, whereas Nique handled marketing and community activities related to the company.

The dip at the time retailed for $7.99- $8.99 a pound but could be purchased for cheaper as a wholesale bundle. The wholesale pack sold at $5.25. The amount spent on a dip’s production was roughly $2.50. David and Nique, his wife, revealed that they had earned about $400,000 and had close to 400 accounts. Their sales increased after the show, and they expanded their distribution to several locations. Thanks to the show, which boosted the company’s sales, they secured an agreement with Costco as well.

He commissioned Bubba The Love Sponge to send some of his products. David and Bubba hit it off immediately, and he promoted David’s business everywhere. He also partnered with iconic “Shock Jock” Bubba the Love Sponge to create Bubba’s Back 9 Chicken Dips which is promoted as “chicken wings on a chip”. It’s mainly a combination of chicken breast with sauces. David began distributing his famous Back 9 Chicken Dips at Publix supermarkets around the greater Tampa area.

After Shark Tank: Back 9 Dips Net Worth Cr: Otakukart

Back 9 Dips On Shark Tank

On Shark Tank, Lori adored the couple, but she believed herself to be underqualified to distribute the dip hence she was the first to step out. Mark believed he lacked the skills and experience required to manage the food distribution, so he withdrew too, followed by Kevin. Robert liked the couple’s story and their accomplishments, but he withdrew. But not before voicing his opinions. He warned them that the industry was tough and they needed a partner to support them along the way. He further added that he could counsel and encourage them, but he wasn’t qualified to lead them.

Daymond, who regretted not collaborating with an earlier contestant who had gone on to achieve great success, was going to make an offer, but he got cut off by Lori. She stepped in, saying she adored the couple and would consider returning if Daymond offered $150,000 for 25% equity. To this offer, Robert said that he believed “sometimes in life, all you need is a chance” and joined hands with Lori to make the final offer. The final deal was closed at $150,000 for 25% equity. 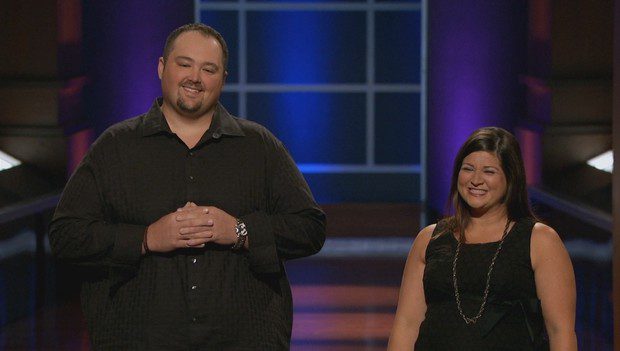 After Shark Tank: Back 9 Dips Net Worth Cr: Otakukart

Back 9 Dips Net Worth: After Shark Tank

The company’s valuation at the time was $1 million, but it has gone out of business since then. Back 9 Dips’ current net worth is hence unavailable.

The reason behind them going out of business was the company’s failure to mention that their dip contained anchovies, an allergy. They were forced to recall 112,500 pounds of BUBBA’s Buffalo Blue Cheese Chicken Dip by the USDA. The company, Back 9 Dips, couldn’t recover this and ceased operations soon after.

David is now a Regional Sales Manager for Nat Sherman, a manufacturer of handmade cigars and premium cigarettes and his wife, Nique works as a Field Marketing Manager for an Orlando-based restaurant chain.