The NFS games have played a very crucial part in our childhood. Each and every kid who grew up in the 2000’s era must have played an NFS game. They seem to be slipping lately when it comes to keeping up with their previous classic games, but we can never deny the fact that they single-handedly brought everyone’s attention to arcade racing games.

NFS has a great ton of legendary games under their banner. Let’s look at 5 of such games that made an impact on our childhoods and which made us fall in love with cars and racing. When it comes to racing games, the biggest critic is the fact that they have no good story or narrative to go along with it. But true racing game fans say they don’t need one, but to attract gamers who aren’t racing nerds, you need some more elements in a game, and that is where NFS excelled.

They came in with games that were completely about racing but at the same time had amazing stories to go with. It’s not just racing; it’s arcade racing. So we had nitrous, jumps, customizing, even weapons in some games. But the cherry on top was the cop chases.

So let’s look at 3 such games which gave us an experience that we would never forget. Keep in mind this list is in no particular order and is solely based on our opinion.

This was an amazing entry into the franchise because it brought with it a huge amount of new features and also an enormous graphical upgrade. At that time, no other NFS game had looked so beautiful. The cars, the world, the cops, everything looked so beautiful and realistic.

But the best part about this entry was, without a doubt, its cop chases. Hot Pursuit heavily relied on cop chases as their main aspect. Because of that, we got such an amazing and addictive game. The game all the normal racing elements from sprints to pursuits to time trails, but the real fun was in cop chases.

The cops were ruthless and had amazing AI. They wouldn’t hesitate to use all kinds of tools to stop you in your tracks. Their tools would range from spike strips to EMP’s to even a Kill Jammer mounted on a helicopter. But don’t worry, they aren’t that overpowered because we ourselves have a lot of fos tuff up our sleeve.

The racer also has his share of goodies just like the cops, from spike strips to EMP’s to even a turbo! The turbo works wonders. It was so fun to use that on the last stretch towards the finish; your car would just jet away in light speed. The tools were so fun to use. 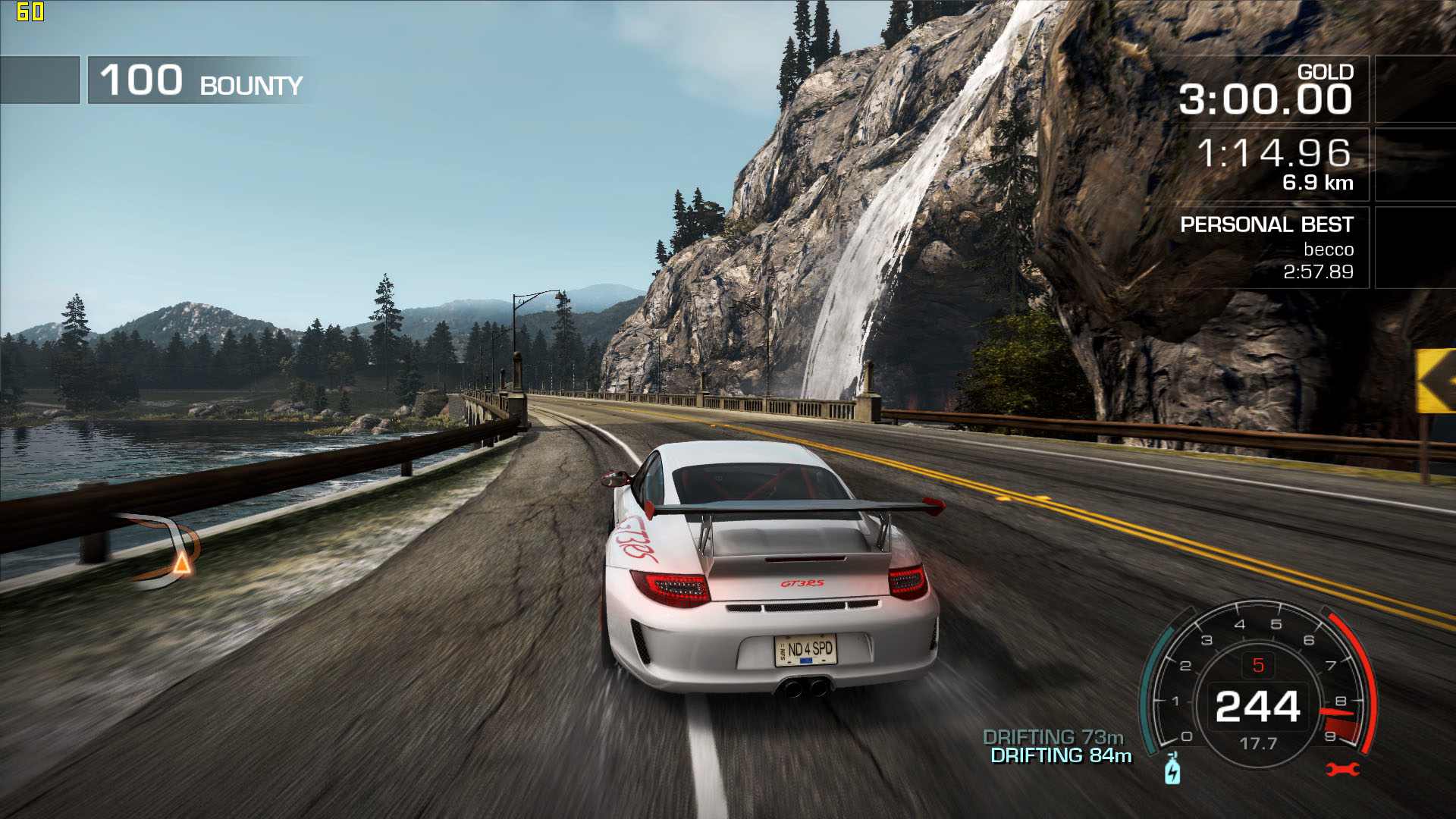 Taking out another driver or a cop would result in some amazing crash scenes, just like the ones in Burnout Paradise. The game was such a great blend of the best features all around. It also gave you the chance to play as the cop too!

Yes, this is an icon when it comes to racing games. The funny thing is this game is not just a competitor for the best game in racing. It’s one of the best games in the entire world. There are som many reasons why this game would be nominated for such a position.

NFS Most Wanted is such a huge influence in a lot of people’s lives. To this day, a huge number of players go back to experience the game once more. This game set a standard for all other arcade racing games to follow in, but not a lot of games have been able to reach the level of this one.

When we say it was able to influence a lot of people’s lives, we mean literally. This game sparked a lot of interest in cars and car building. A lot of car enthusiasts have said that what got them into that industry was this game. The best example would be the iconic BMW M3.

This car from the game is literally an icon when it comes to cars. Everyone knows it, and everyone loves it. Just hop over to Youtube, and you’ll see thousands of car enthusiasts with the exact same replica. The car looks and sounds so good that every car lover wanted the same thing in their life. We don’t need to talk about how great the M3 is because everyone knows; let’s talk more about the wonderful game.

Most Wanted, just like Hot Pursuit, had cop chases but without the fancy weapons and tools. But don’t be mistaken; it was on a league of its own. The cop chases were so fun and addictive. To an extent, the cops were more ruthless than the one in Hot Pursuit. 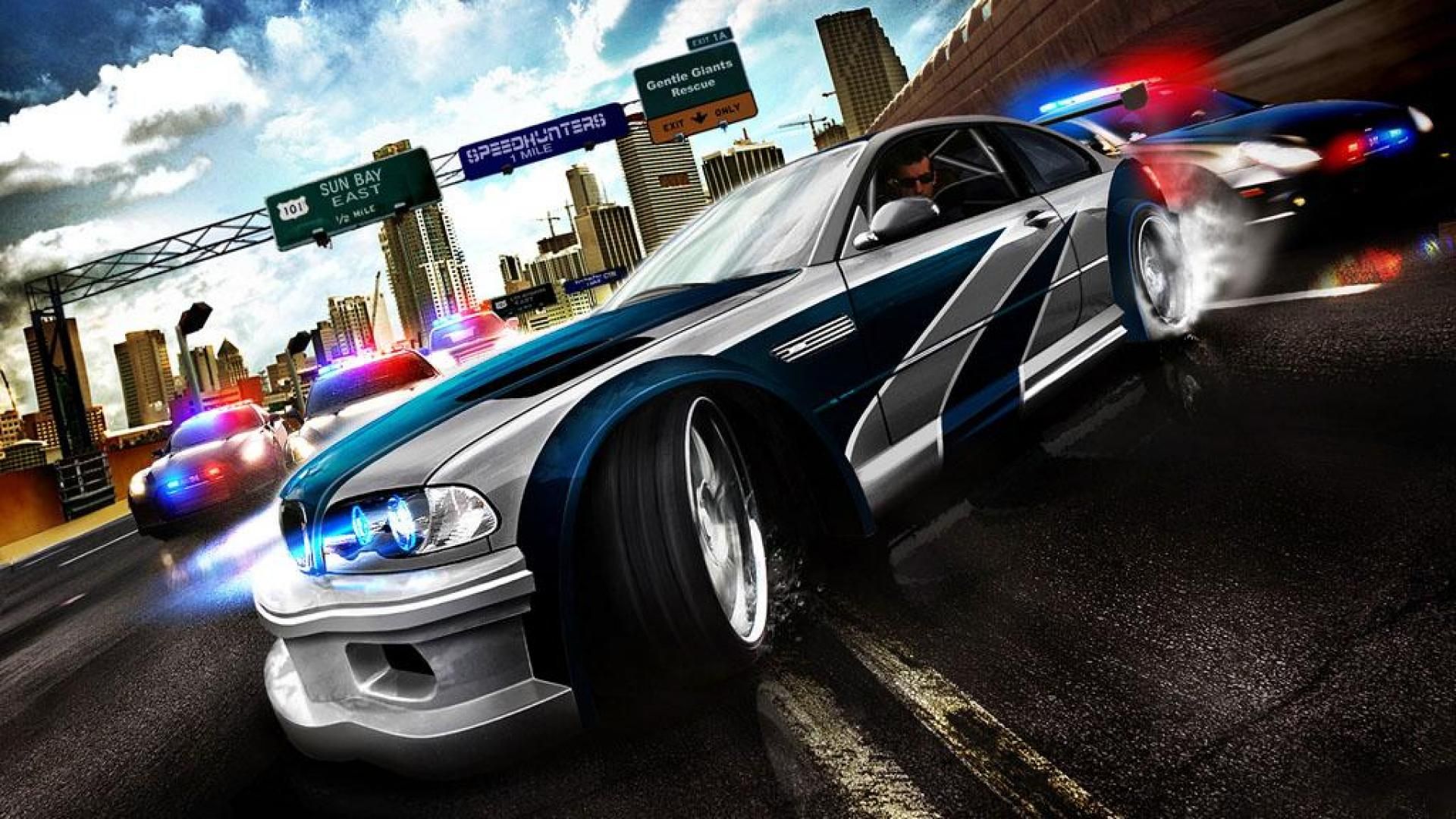 As each heat level increased, the higher the pay reward but harder the chase. there were spike strips and roadblocks, but that was it. You had some sneaky attacks where you could topple a building or water tower or even a truck on top of other police cars, which would result in an amazing scene.

Another best part that earned it such a huge name was its story. To this day, there is no other racing game out there with such an amazing story. Your car is taken away by the number one most wanted, but with help from a few friends, you work your way up the ladder.

There is a total of 10 bosses to defeat, and each one is so fun and interesting. The bosses’ characters are also written and voiced very well. They don’t sound overdramatic or too game-like; it’s just perfect.

With the perfect story, the perfect gameplay, and the perfect car, this will always go down in history as one of the best racing games.

Learn more about the game here.

This one out of the three for us takes the best spot. It’s because this game is something many of us grew up with. Run home from school and turn on this masterpiece of a game, and life was good.

At that time, this game was on a level of its own, there was no other that could come close. We could even say it was way ahead of its time. With amazing customization, cool cars, great gameplay, a good story, and a beautiful looking map, it sure was a great childhood memory.

To this day, even if we go back and play this game, we realize how beautiful it is. Being released in 2004, believe us, it does not seem like a 2004 game. You had such an amazing open world to drive around in, so many different types of races.

You had dedicated shops for everything, to apply decals and body color, to customize the body, for performance, showrooms, way ahead of its time. The map and the colors were so good, and it blended in perfectly with the night. The newest NFS game, NFS Heat, is like a spiritual successor to Underground 2, but frankly, it does not even come close. 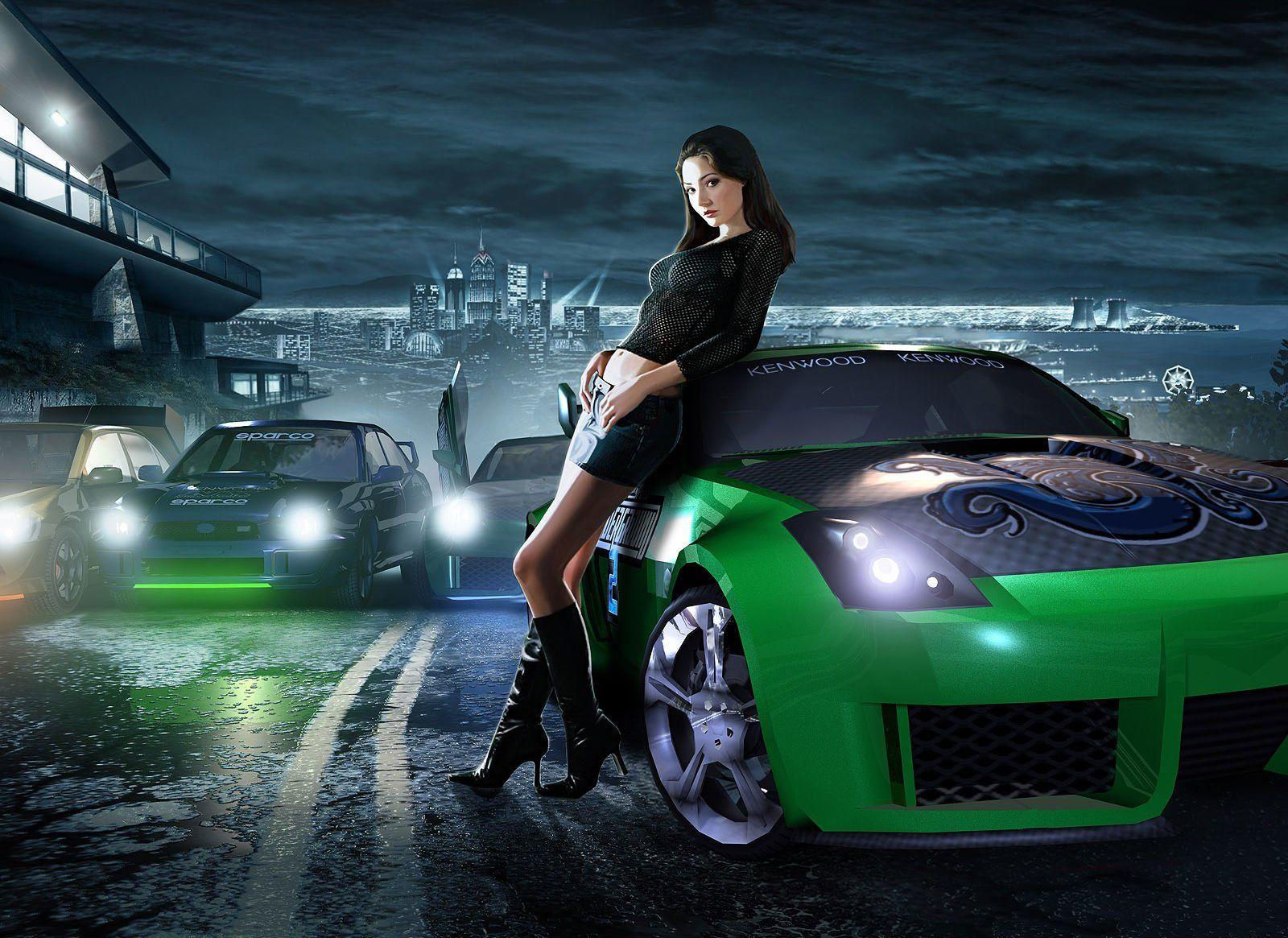 To be honest, we don’t think any game can come close to Underground 2 in terms of plain old fun. We still remember the bright neon lights everywhere and the super colorful nitrous shooting out. The roster of cars was also far advanced for a 2004 game. People just fell in love. Most people would agree that the gameplay would just suck you right in. You’d probably go in thinking I’ll just play 2 races, it’s 4 hours later, and you’ve played over 30 races.

Learn more about the game here.

These were our picks for the best NFS games. Do you agree with the list?

Read: New Games That Truly Helped Us Through 2020

Preview: River Where The Moon Rises