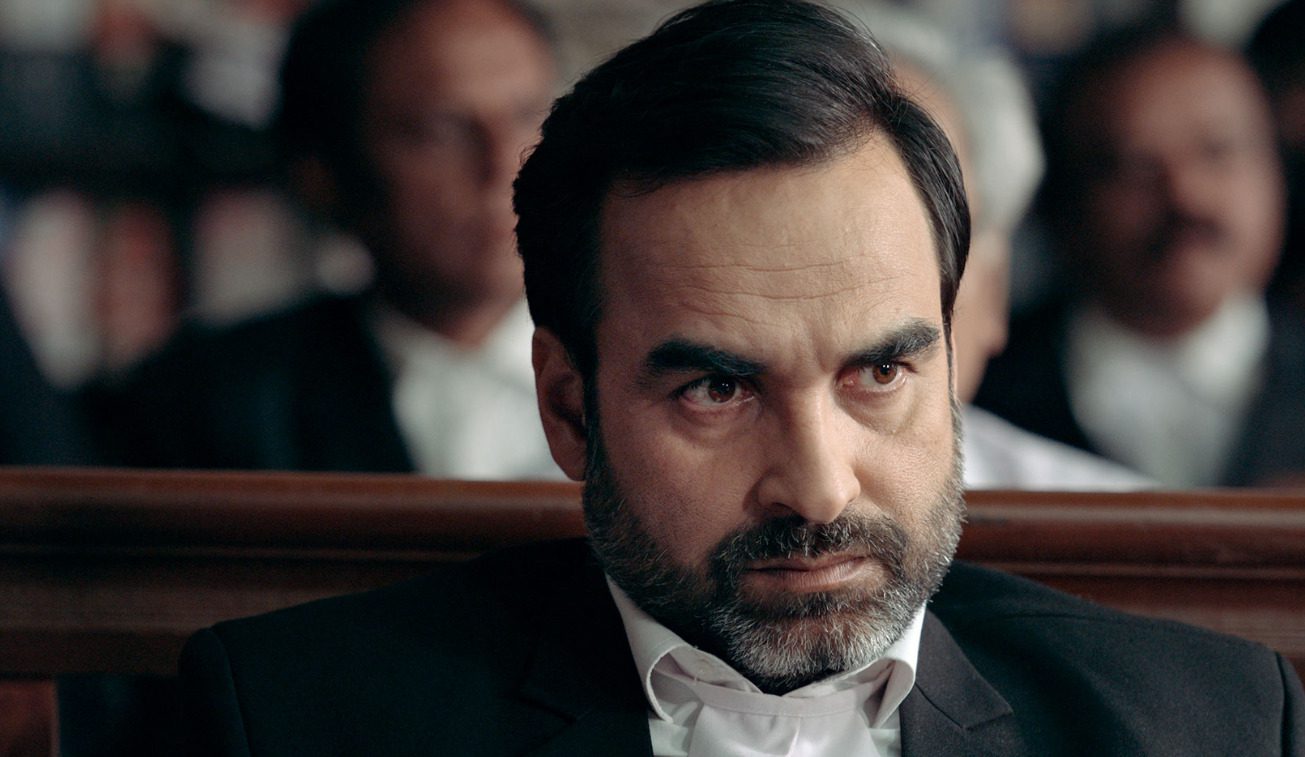 After releasing two successful seasons, the critically acclaimed crime legal drama show Criminal Justice on Hotstar Specials is going to return with its third season. The series is based on the same named British drama from 2008. The series’ first season debuted on April 5, 2019, on Hotstar. Both the general audience and critics responded well to it, praising the star cast’s performance. The second season, Criminal Justice: Behind Closed Doors, was announced by the show’s creators in February 2020. It was released on Disney+Hotstar on December 24, 2020.

Nearly two years after the last season’s premiere, the show will make a comeback with the third. Applause Entertainment, which also created popular web series like Bhaukaal, Hostages, Scam 1992, and others, is backing the series. The third season will center on India’s juvenile justice and prison systems as part of a plot that explores the pressures of modern urban relationships. Fans will witness Pankaj Tripathi’s character return to his job helping those seeking justice in Season 3. This will be the hardest case of Attorney Mishra’s career.

Criminal Justice season 1 revolved around a character called Aditya Sharma. He was a long-time cab driver who came from a middle-class family. He gets stuck at a crime scene one evening. Aditya receives bail and is released from prison after a thorough investigation of the matter by his attorney Madhav Mishra. 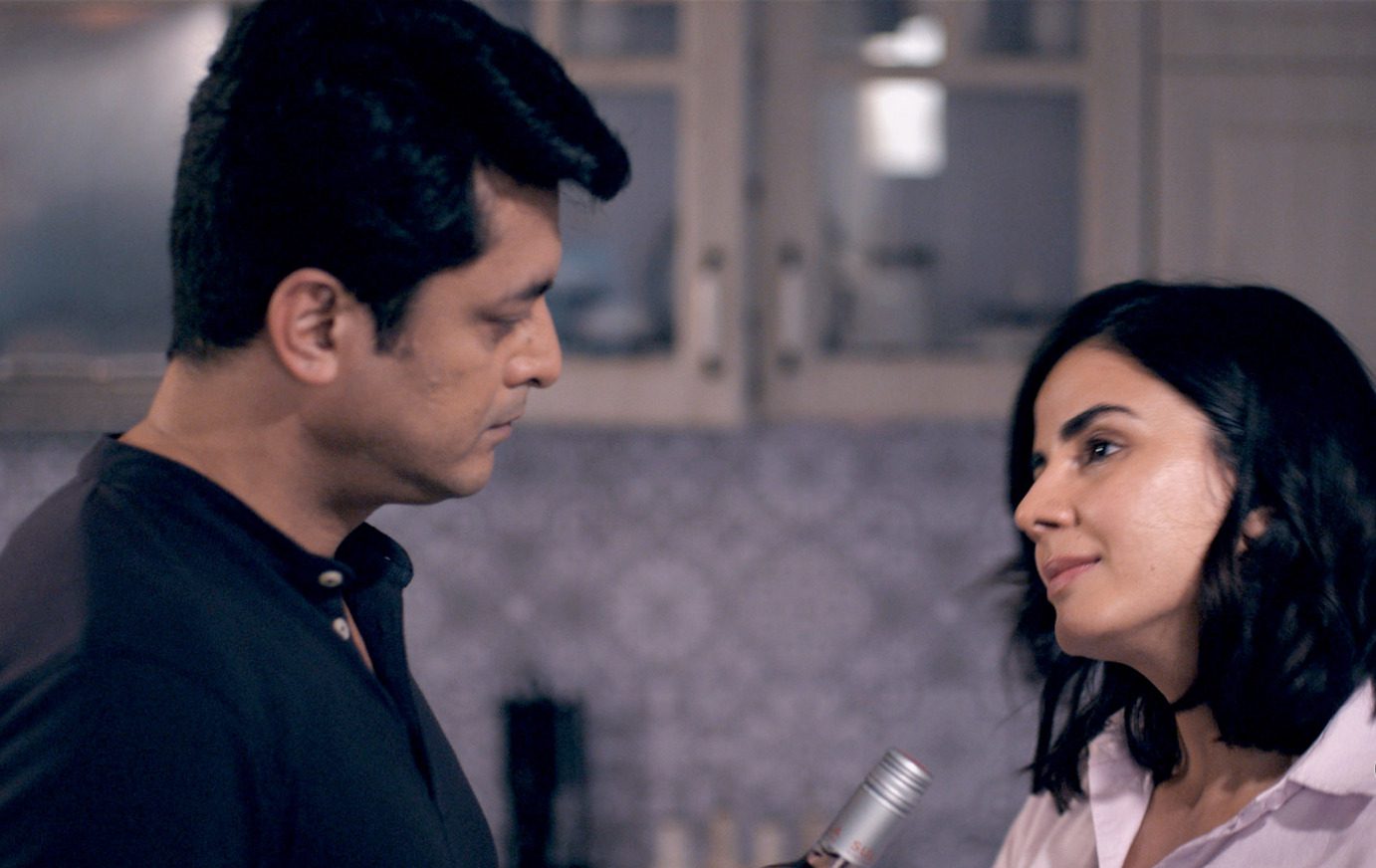 The second season’s plot centered on Madhav Mishra, a lawyer who decides to assist murderer Anuradha Chandra. Their daughter had witnessed Anuradha killing her husband with great brutality. The details of Anuradha and her husband’s lives begin to come to light as the case’s trial officially begins. It is revealed that Anuradha was experiencing depression and was looking for medical attention. However, all of the evidence and circumstances point against Anuradha. Why did she murder her well-known advocate husband, Bikram Chandra, was a mystery in season 2.

By the season’s end, it was revealed that Anuradha Chandra was pregnant by her psychiatrist and had been having an illicit affair with him. It is later discovered that she was a victim of marital rape. Anuradha is only given a two-year jail sentence despite the fact that her husband’s murder was proven. Her attorney, Madhav Mishra, is pleased with how he handled her case.

As it is made clear, Bikram Chandra, the victim, constantly lied to and manipulated Anuradha. So much so that he convinced her she was psychologically unstable. Additionally, he would keep tabs on all of her movements and socially isolate her by manipulating everyone against her. Anuradha became so fed up with her life and the constant emotional manipulation that she thought her only option was to end it. She picked up the knife that night intending to kill herself, but she kills her husband instead. The court came to the conclusion that Anuradha was being mistreated in the marriage, which is what led her to murder her husband. So the judge sentenced her to a short period of jail time. 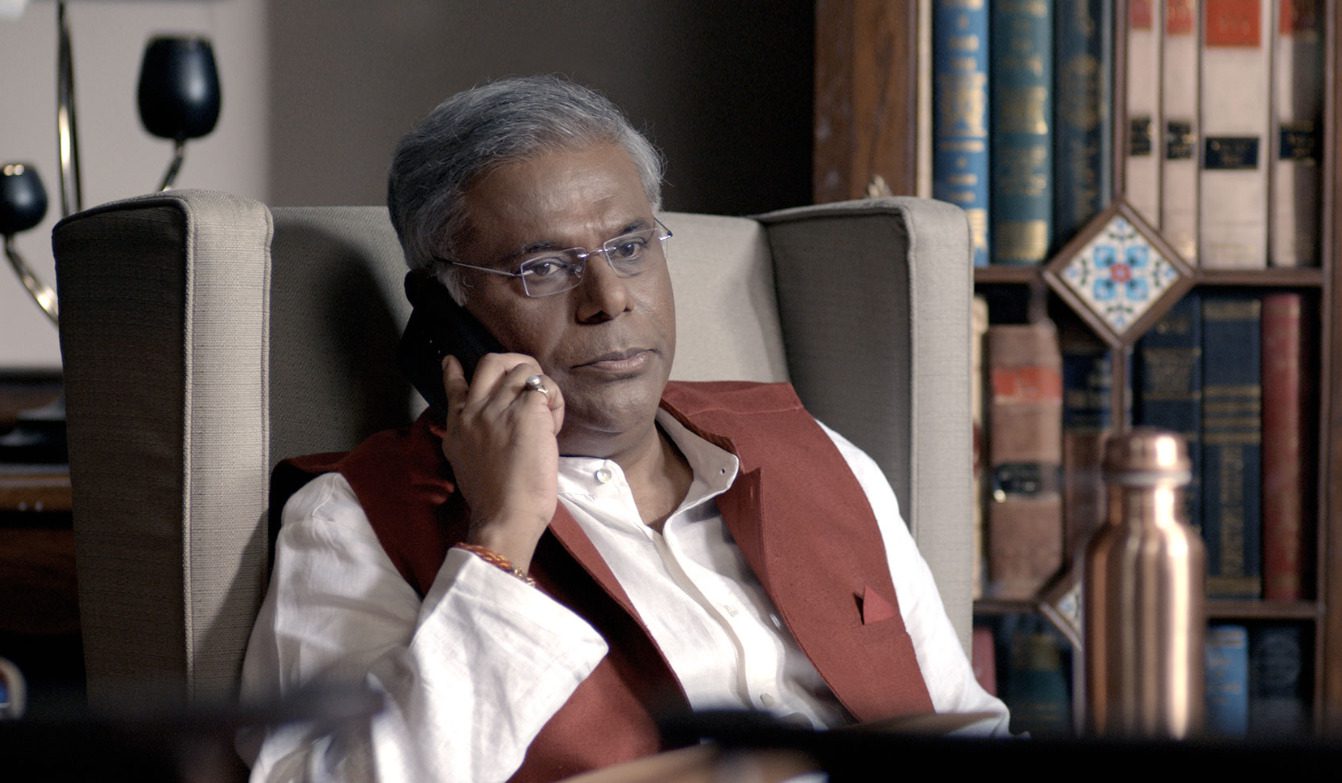 Madhav Mishra LLB is back with his challenging case because there is no such kind of word as “simple” in his directory. A twisting case involving the death of well-known child actress Zara Ahuja by her own brother Mukul Ahuja is the focus of season 3 of the highly acclaimed and fan-favorite show. Will Madhav Mishra be able to overcome his own doubts and hesitance regarding his client? Soon, viewers will get the answers to these questions and more! 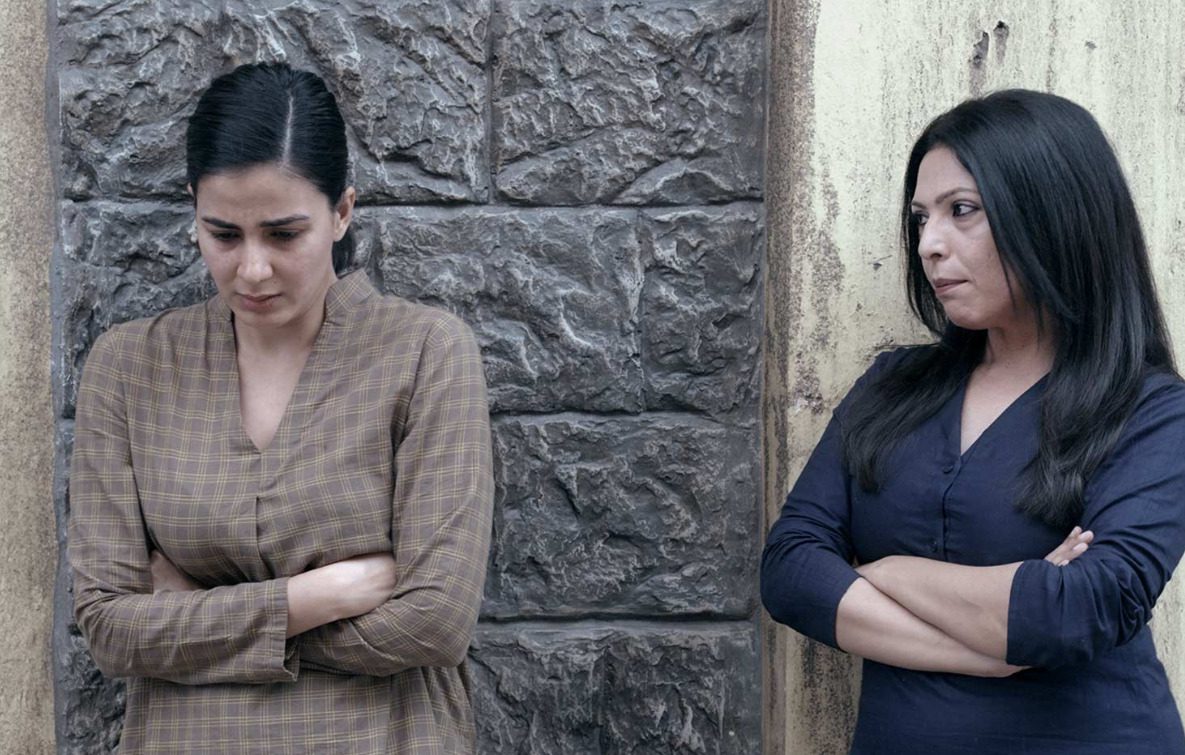 The third season of Criminal Justice, whose teaser was released on Wednesday, features a comeback for the show’s adored lawyer Madhav Mishra, played by Pankaj Tripathi. This season features Madhav handling his most challenging case to date and meeting Shweta Basu Prasad’s character, a lawyer who is totally opposite to him.

The trailer begins with Avantika approaching Pankaj’s character and asking him to step in for her son Mukul. The catch is that Mukul is accused of murdering Zara Ahuja, a well-known child actress, his own sister. Even though Mukul claims to be innocent, his fingerprints were found on the murder weapon. When Madhav’s opponent tells him that the case against his client is straightforward, the friendly attorney replies, “Straight and simple aren’t on my syllabus.” But eventually, even Madhav starts to have second thoughts about his case. He says to his wife, “I can’t even imagine how this boy, this family, and this circumstance are all connected. The boy doesn’t trust me”.

Pankaj Tripathi, one of the most renowned actors in Bollywood, makes a triumphant return in season 3 of this crime thriller series. He will return to the role of advocate Madhav Mishra, and just like the prior 2 seasons, this season will again feature his character helping those in need of justice. He plays Madhav Mishra as a person who, no matter what, constantly stands up for what is right. He thinks that the weaker members of society should be uplifted and supported. 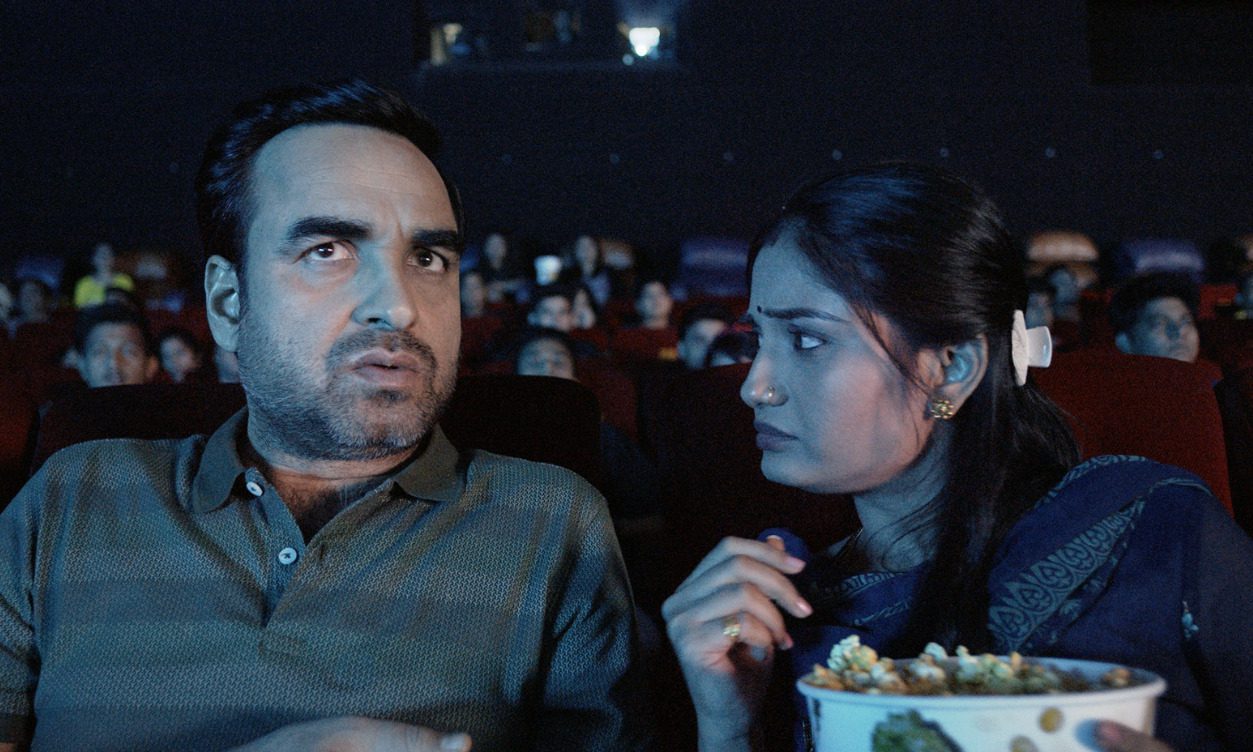 In addition to Pankaj Tripathi, the show also stars Vikrant Massey, who previously played Aditya Sharma in the show Mirzapur. In the same way, Mandira Mathur and Nikhat Hussain and played by Mita Vashisht and Anupriya Goenka, respectively, are reprising their roles. Rucha Inamdar, Pankaj Saraswat, Madhurima Roy, and Sarah Gesawat will also play significant roles in it.

Director Rohan Sippy, who praises the show once more, stated in a statement that Criminal Justice has already demonstrated its great potential in reaching fans on Disney+ Hotstar. With this season, they aimed to improve the show through stunning visuals. In this season, fans will see Madhav Mishra interact with Lekha, a determined lawyer who continually keeps him on his toes. He is eager to see what the public thinks of this premiere season.

In summarizing Madhav Mishra’s character, actor Pankaj Tripathi stated, “What makes Madhav Mishra relatable to fans is that he comes off as everybody’s lawyer. His ability to simplify complex ideas makes the person who is seeking a lawyer at ease. In Criminal Justice: Adhura Sach, he grows into a versatile attorney who takes on various responsibilities for clients whose intentions he is unclear of. Pankaj Tripathi is extremely thrilled to reprise his role as Madhav Mishra in the brand upcoming season of Criminal Justice. 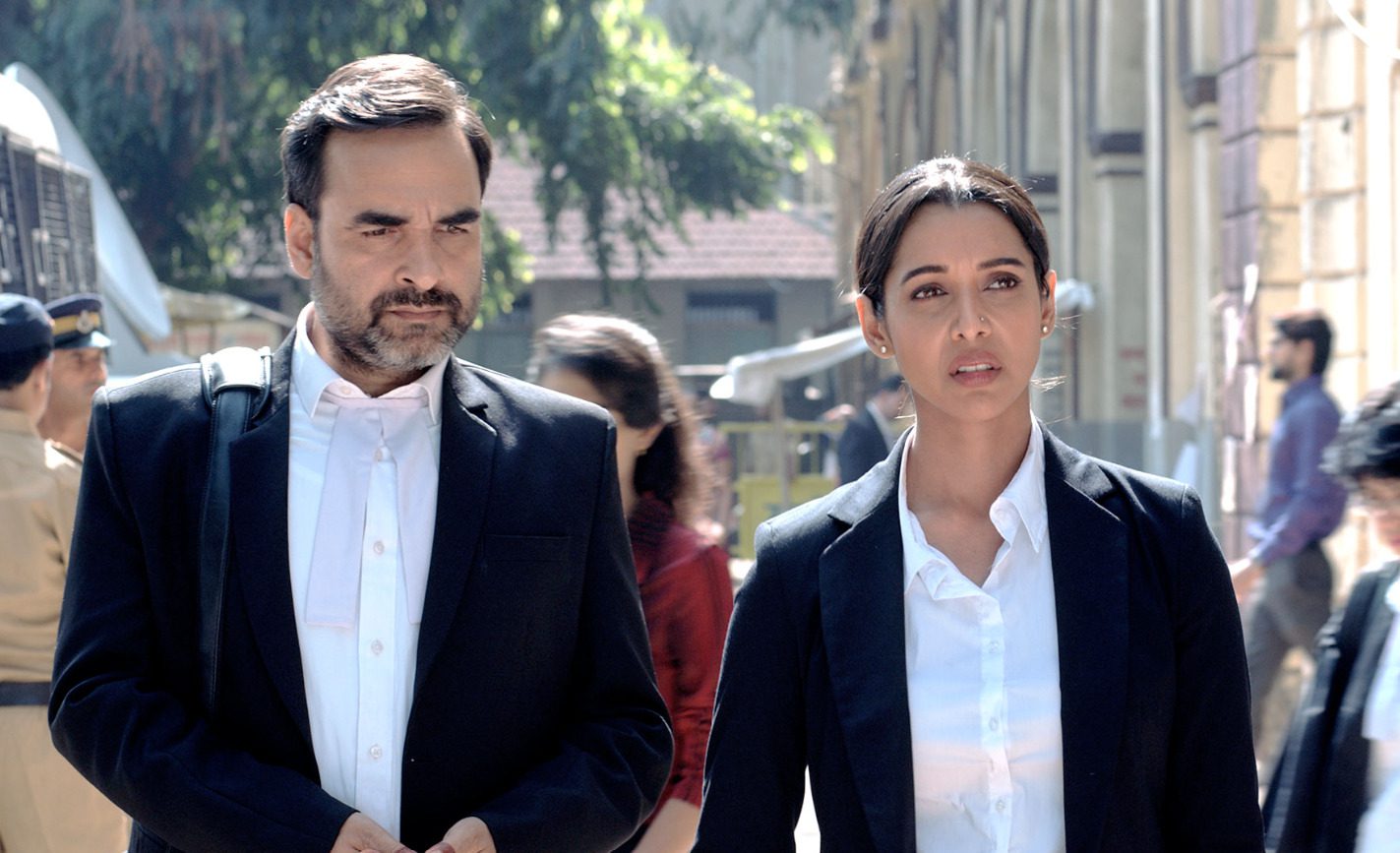 Actress Shweta Basu Prasad, who plays Assistant Public Prosecutor Lekha and challenges Madhav Mishra in court, stated: “Criminal Justice has always impressed me as a series with its amazing craft of storytelling. Being able to contribute to this legacy is incredibly amazing. In order to understand the many dimensions of my character and learn her reactions to Madhav Mishra, I constructed a backstory. By the time I was on set, I had read the script approximately about 150 times. I made it a discipline to read the screenplay every evening between 6 and 8 for about 20 to 25 days. Pankaj Tripathi is one of the most charming co-stars I have ever had, and this is my second time working with him. He is a living masterclass on sets”.

In the upcoming season, Madhav is contacted by the mother of a murdered child actress named Zara Ahuja, whose own brother Mukul is the main suspect. Mukul was found to be in possession of the same pills that were discovered in Zara’s body, and his phone had pictures of the crime scene. The murder weapon had his fingerprints on it as well.

This is a closed case, a character says to Madhav outside the courtroom. The prosecutor, played by Shweta Basu Prasad, states in court, “According to the police’s investigation, Mukul had the capability, reason, and chance to murder Zara Ahuja.” Mukul’s refusal to tell Madhav the truth and insisting on his innocence whenever he is questioned just serves to complicate matters more. But as Madhav comes to realize, it doesn’t matter whether Mukul believes in him. It matters that he has faith in Mukul.